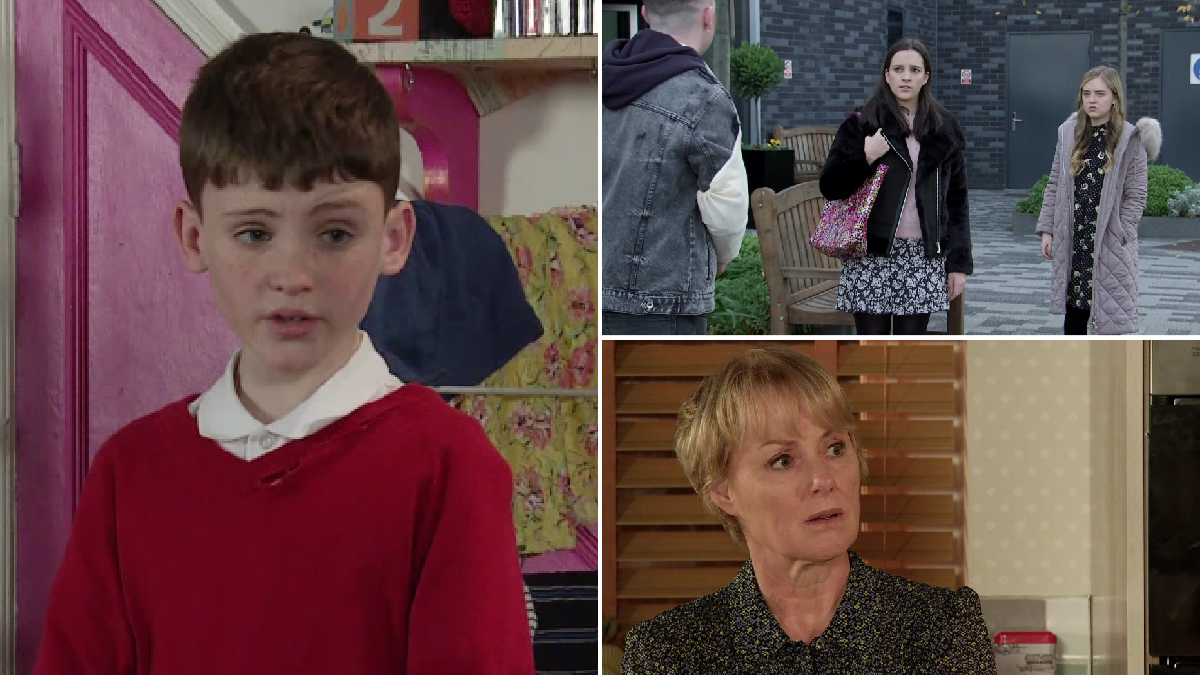 Coronation Street is home to a number of shocking developments next week, from a child vanishing to a horrific upskirting offence.

Joseph Brown (William Flanagan) is being bullied at school. Gemma Winter (Dolly-Rose Campbell) and Chesney (Sam Aston) later find out about his ordeal, and they’re devastated.

Despite the little boy’s pleas, Chesney heads to the school. When Joseph finds out what he’s done, he’s fuming, and soon enough, he’s nowhere to be found! Chesney wastes little time in starting a search, but his efforts prove fruitless. Afterwards, he returns home, filling Gemma in on the fact that Joseph is missing.

Tim Metcalfe (Joe Duttine), meanwhile, spends the night at the cab office, and when he returns home, he reassures Sally (Sally Dynevor) he hasn’t gone ‘off’ her.

Aggie Bailey (Lorna Laidlaw), meanwhile, offers him some advice, insisting that he return to see the cardiologist, explaining that he’ll tell him what the operation will entail. He ultimately does just that, but upon learning that he’ll receive a letter with a date, he is left incredibly scared.

Elsewhere, Summer Spellman (Harriet Bibby) is appalled to find out that Max Turner (Paddy Bever) has an upskirting photo of her on his phone.

It’s all happening on the cobbles next week, and if you’d like a little preview of what’s coming up, check out our first look gallery below.