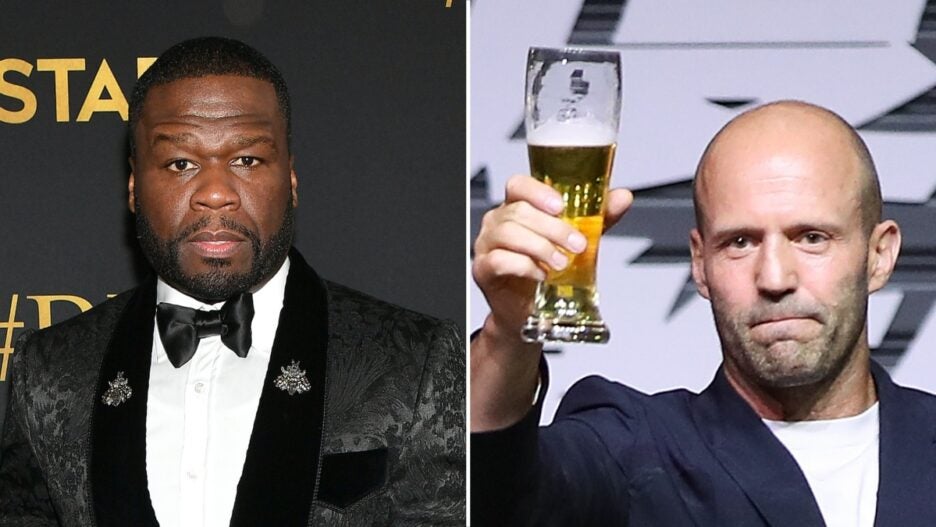 50 Cent says “Expendables 4” will be “lit,” especially since he’s in it. The rapper, actor and TV mogul shared a series of black and white set photos on Instagram this week, including a shot of himself dressed as a soldier and another as he stands on a tank.

“Yo this is my movie, everybody else just in it,” the hip-hop star captioned one post. “#expendables4 Green Light Gang it’s lit.”

The release date for “The Expendables 4” has not yet been set. Scott Waugh (“Need for Speed”) is directing the film, which is a joint-venture between Millennium Media, Lionsgate and Campbell Grobman Films.

Other cast members have also been posting photos from the set, including original franchise co-star Jason Statham, who shared videos and still pictures. Megan Fox also gave her Instagram followers a preview of her wardrobe for the film, but since these sneak peeks were posted to her Instagram story, they have since faded away in the 24 hour time limit.

“The Expendables” franchise launched in 2010 with Sylvester Stallone co-writing and directing the first film, which brought together action movie legends Bruce Willis, Jet Li, Dolph Lundgren and Mickey Rourke in one movie. The film grossed $274.5 million worldwide, and thus a sequel was quickly greenlit. “The Expendables 2” in 2012 soared to $315 million at the worldwide box office and added Arnold Schwarzenegger, Jean-Claude Van Damme, and Chuck Norris to the cast, while 2014’s “The Expendables 3” dropped to a franchise low of $214.7 million worldwide despite the addition of Wesley Snipes, Harrison Ford, Mel Gibson and Antonio Banderas.

Stallone has been trying to get a new “Expendables” movie off the ground for the last few years, even publicly courting Jack Nicholson and Clint Eastwood for roles in the film. And while neither of those legends are among the “The Expendables 4” cast, production is officially underway with an ensemble that includes Dolph Lundgren, Randy Couture, Megan Fox, Curtis “50 Cent” Jackson, Tony Jaa and Andy Garcia.