A Place in the Sun: Couple end tour of property early

In the latest episode of A Place in the Sun, Channel 4 presenter Danni Menzies was on the hunt to find Derek and Jane their dream holiday home in Spain. The couple, who had been married for seven years, had a budget of £220,000 to spend and were hoping to find a property where they could eventually retire to one day. Danni got off to a flying start with the property search after impressing Derek and Jane with the first villa. However, things soon took a turn when Danni failed to meet the couple’s criteria.

The couple explained to Danni they had an extra £20,000 to add to their budget for the right property.

Their initial plan was to buy a motor home, which they did, although they soon realised it wasn’t for them and they wanted to buy a second home abroad.

Derek and Jane were hoping to find a detached holiday home that had a minimum of two bedrooms with a swimming pool.

Jane also explained she wanted somewhere light and airy that was relatively close to amenities. 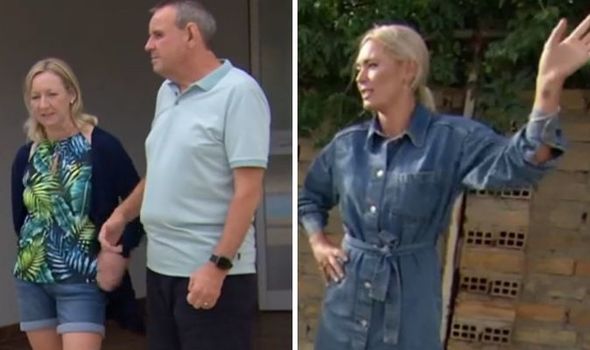 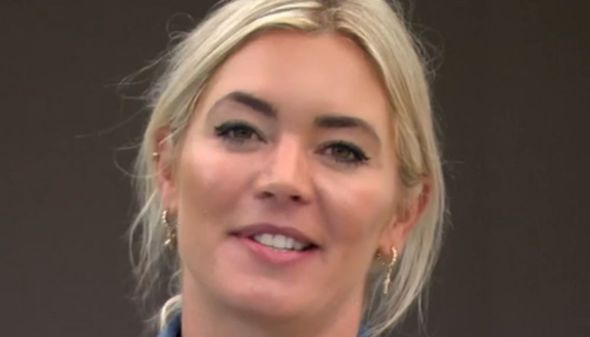 The first property Danni took them to was a four-bedroom villa with a swimming pool.

Before they had even stepped foot inside, Derek said it had already ticked a few boxes.

“Overall, really impressed,” Derek commented as the couple agreed the first property was a contender.

The second property also appeared to be in the running as Derek continued: “I like the charm of it. Certainly more modern than the last one.” 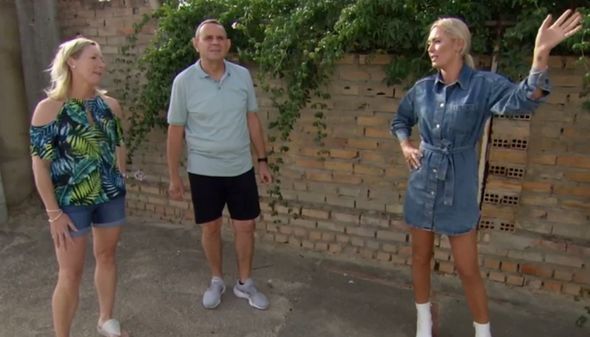 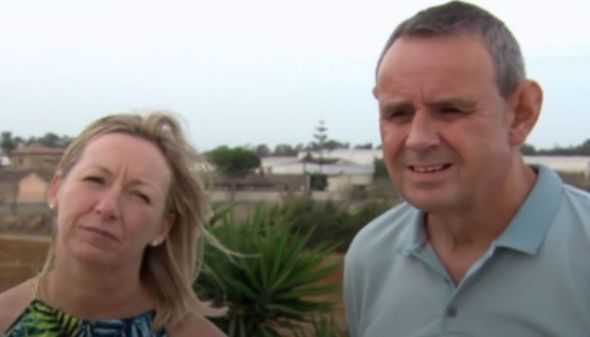 Speaking about the downfall of the property, Danni explained: “There aren’t so many properties around you, it is the outskirts of the town.

“But it’s got three bedrooms and it’s more open plan with a huge roof terrace.”

When it came to discussing the price of the villa, Danni shocked the couple as she explained it was on the market for £209,000 – £80,000 less than their budget.

The couple appeared lost for words at the price of the property. However, in the end, Derek decided that it just wasn’t for them.

Things didn’t seem to get any better for Danni as she showed the house hunters the third property, which was a three-bedroom villa with a pool and it was located right next to a beach.

“It’s quite a good price for the location,” the expert explained.

Derek said: “It’s ticking all the boxes on the location side, but it might be more work than we anticipated.”

As they stepped inside the villa, the couple realised it needed a lot more work than they were willing to do.

Derek immediately noticed the flooring needed pulling up as he commented: “The first thing that hits me is the floor.

“It feels like there could be too much work.”

Before Danni could give them a chance to explore further, she sensed there wasn’t much point in doing so.

Jane immediately told the property expert she didn’t want to see any more of the property.

“It feels like there could be too much work and it’s the upper end of the budget,” Jane explained.

Danni asked: “Do you want to see more of this one or you just not getting the feeling for it?

“It was a bit of a risk and it didn’t pay off,” Danni said as she led the couple out of the property and brought the viewing to an abrupt halt.

The fourth property seemed to really impress the couple with the rooftop views from the property.

Although, they were quick to rule it out also after picking faults with the swimming pool and the space inside the villa.

When it came to the final property, Derek and Jane seemed to fall in love with it straight away.

It was priced slightly over their budget although that didn’t stop them from putting in an offer.

They decided to put in an offer of £200,000 and it was accepted by the previous owner.

A Place in the Sun airs daily at 3pm on Channel 4.