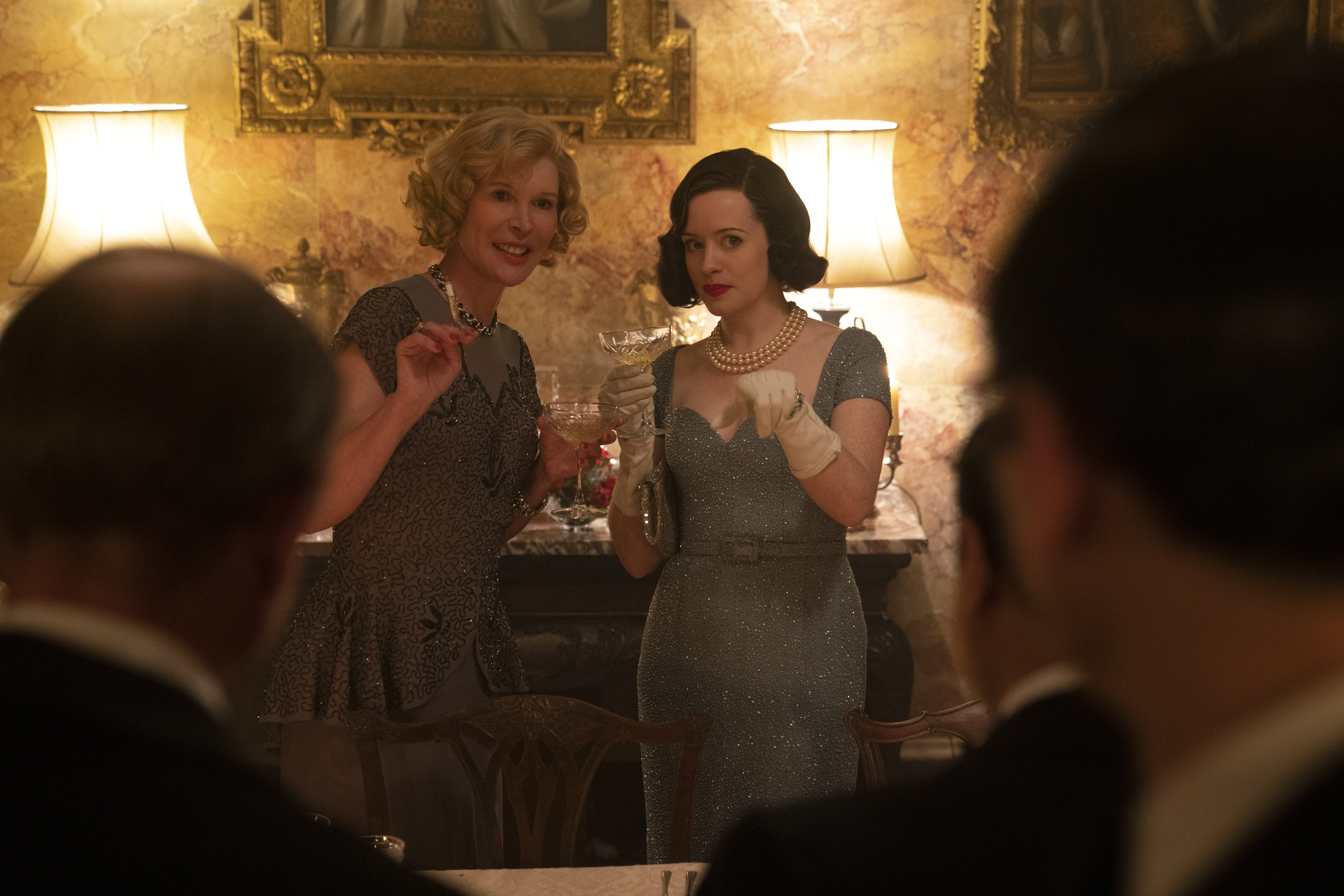 Claire Foy and Paul Bettany make brilliantly bitter rivals in Sarah Phelps’ latest drama, based on the divorce battle between the Duke and Duchess of Argyll in the 1960s.

There’s something about a new drama at Christmas which always comes with an extra layer of excitement, and this series has to be the perfect accompaniment to a glass of Baileys on Boxing Day.

A Very British Scandal comes in three parts for viewers to unwrap over the festive season, exploring one of the most brutal legal cases in history: the very public breakdown of the marriage between Margaret (Claire Foy) and her husband Ian, Duke of Argyll (Paul Bettany).

Episode one draws us right into the heart of the scandal from the off, Ian and Margaret have a heated exchange in the court precinct, in which he advises her to back down – but she refuses.

This quickly sets the tone for the rest of the series of a woman who was clearly way ahead of her time, and the underlying theme of shame which is cleverly explored.

So, back we go to where it all began – Margaret’s first meeting with the duke on a train journey over a decade earlier.

Is Ian particularly charming? Not really. But Margaret’s soon sucked into the idea of what he can offer her and she quite fancies a nice residence in the Scottish Highlands – can you blame her?

But we soon find out selfish reasons why the duke wants her as his bride. Secretly bankrupt Ian could do with the help of Margaret’s family fortune, while she’s there for the title, and well, getting to live in an actual castle.

Wandavision star Bettany is scarily convincing as the vengeful duke, who viewers will soon grow despise. If not straight away, you definitely will after he delivers the most unromantic proposal of all time. He shows his true colours as a violent drunk with a short temper after they wed, signalling a miserable future ahead for Margaret.

Despite being an all-round very flawed individual, you’re instantly on Margaret’s side. This is a woman who knows what she wants and how to get it. Foy brings an incredible energy and like-ability to Margaret. Although she’s met her match in Ian, she isn’t afraid to shut him down with sharp one-liners and scathing digs.

We can’t not mention Foy’s magnificent wardrobe too, worthy of way more than just a paragraph. There’s mainly an abundance of furs, elevating her already pristine ensembles to high class looks.

Subtle hints of leopard print and bolder colours are mixed in, to remind viewers of her character’s wilder side, even when she’s dressed up all fancy, a really fun little detail.

Creator Sarah Phelps was the obvious choice to take on such a scandalous tale, having explained in detail her ‘love’ and fascination of the duchess. Phelps penned several modern adaptations of Agatha Christie novels including The Pale Horse – a big hitter for the broadcaster in 2020.

Most of all though, it’s difficult not to grow a slight fondness for the duchess by the end of episode one.

As well as proving herself to be an absolute hoot at social occasions, she comes across so sure of herself and possesses a very progressive outlook of the world.

Many of the men Ian accused his wife of cheating on him with were gay, but she chose to protect them at a time when homosexuality was still considered a crime in the UK.

Phelps also reminded fans Margaret went into that court battle despite knowing she’d be very unlikely to come out of it well.

A special mention has to come also for comedy queen Julia Davis, who shines as the devilish Maureen, Marchioness of Dufferin and Ava, a close friend of Margaret.

What’s on the menu at her party? ‘Canapés and c*ck’, apparently.

We’d love to go for a party with Margaret, or Claire, anytime – roll on episode two.

A Very British Scandal begins on Boxing Day at 9pm on BBC One.