AMERICA'S Got Talent fans were shocked while watching Howie Mandel attempt to TWERK in a new TikTok video following his scary fainting spell.

The 65-year-old posted a video on the platform of his silly dance moves while trying to imitate a TikTok star. 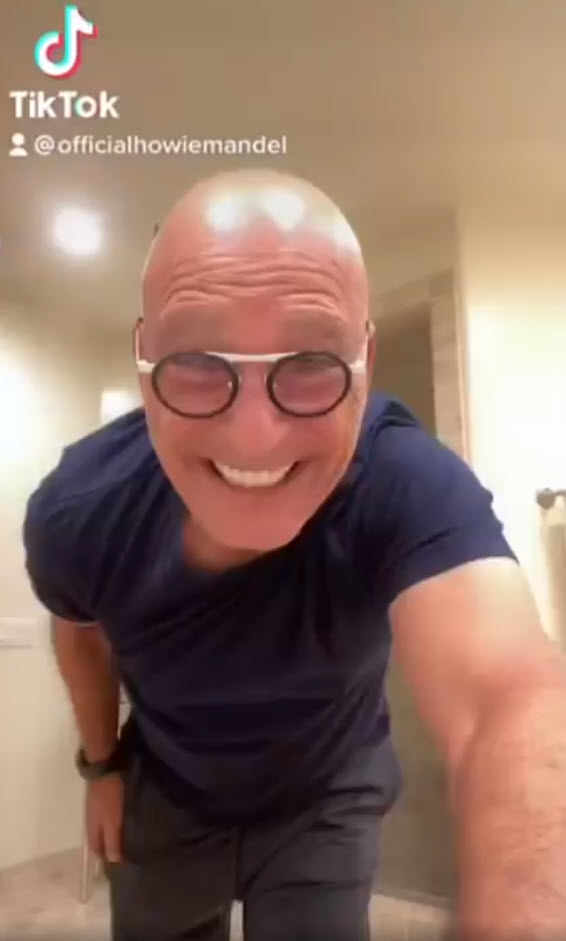 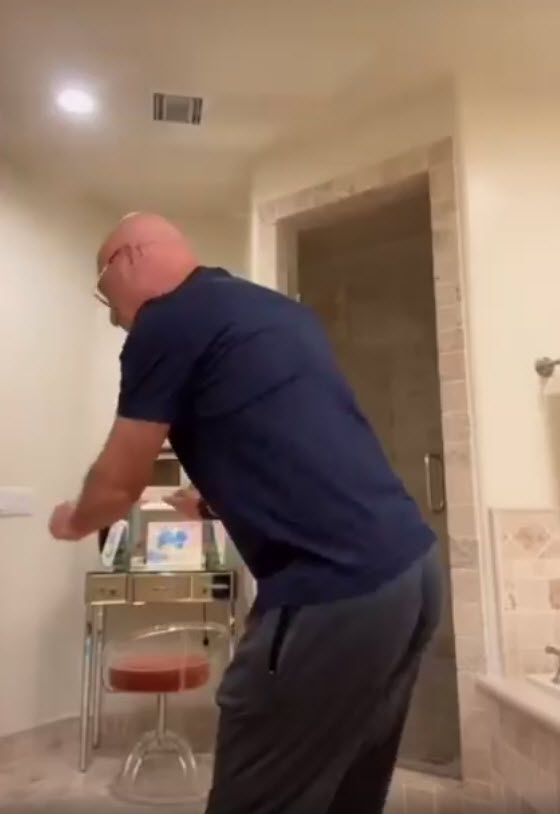 Howie spun around in circles shaking his backside at the camera for the clip, taken in his bathroom.

The side-by-side clip was meant to mimic another user's video of her dancing in the same setting.

Howie sported gray sweatpants and a blue t-shirt for the recording while the woman wore a more sultry outfit of a tight blue mini-dress.

The scene was set to the song Let's Groove by Earth, Wind & Fire.

Fans loved the "hilarious" video, commenting with a slew of laughing-face and handclapping emojis on Instagram.

The comedian surprised fans with his bold dance moves just one week after he collapsed at a Starbucks.

Howie was rushed to the hospital after fainting at a the L.A. area coffee shop with his wife, Terry, and friends.

The TV personality fell over and was then laid out on a cement bench.

Paramedics were called to the scene of the incident before Howie was rushed to a hospital in nearby Tarzana.

According to witnesses, he was able to sit up by the time the LA Fire Department arrived.

At the time, it was believed the Bobby's World creator’s incident was caused by low blood sugar.

Howie later explained that he collapsed because he was dehydrated from his recent colonoscopy.

While joined by his daughter Jaclyn Schultz on a recent episode of the Howie Mandel Does Stuff podcast, he made light of his recent health scare.

He began: "First of all, what has this world come to where you can't pass out in a Starbucks privately anymore?"

"I was dehydrated. I had a colonoscopy a few days ago," Howie explained.

"They empty you out. You take a drink, and you empty out — I had consensual diarrhea for, you know, an entire night essentially."

After insisting he was dehydrated due to the procedure, Howie claimed "from the moment I woke up from the colonoscopy I went and I worked."

He then shared details of the week that led up to him "passing out" in public, joking that part of the reason he fainted was due to the price of the large macchiato he ordered at Starbucks.

Howie also noted that he rarely drinks water and instead lives on "coffee and caffeine, which also exacerbates dehydration, I was told."

He has battled a string of physical and mental health issues in the past, including heart problems, OCD and ADHD.

His son gave fans an update on Howie's condition a day after he collapsed.

Alongside a photo of Howie pretending to be passed out on the ground, Alex Mandel wrote: "Don't worry, my dad is fine!"

Further proof that the AGT judge is on the mend came when Howie posted a TikTok video of himself running around a lawn playing tag during a day out with his granddaughter Abbey.

The former game show host made the seven-year-old smile when he instigated the game with the waiter of the restaurant they were dining at.

Howie and the worker jumped over a railing and dashed across the manicured garden, chasing each other round and round.

They eventually slowed to a walk and returned to the restaurant, chatting away as they strolled back as if nothing had happened.

The camera panned to Abbey, who was laughing hysterically at her grandfather's antics and stuck her tongue out at the lens.

Howie captioned the playful video: "Took my granddaughter to dinner. Asked the waiter for French fries and a game of tag." 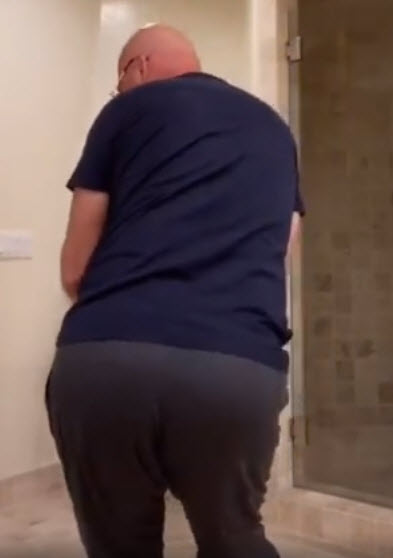 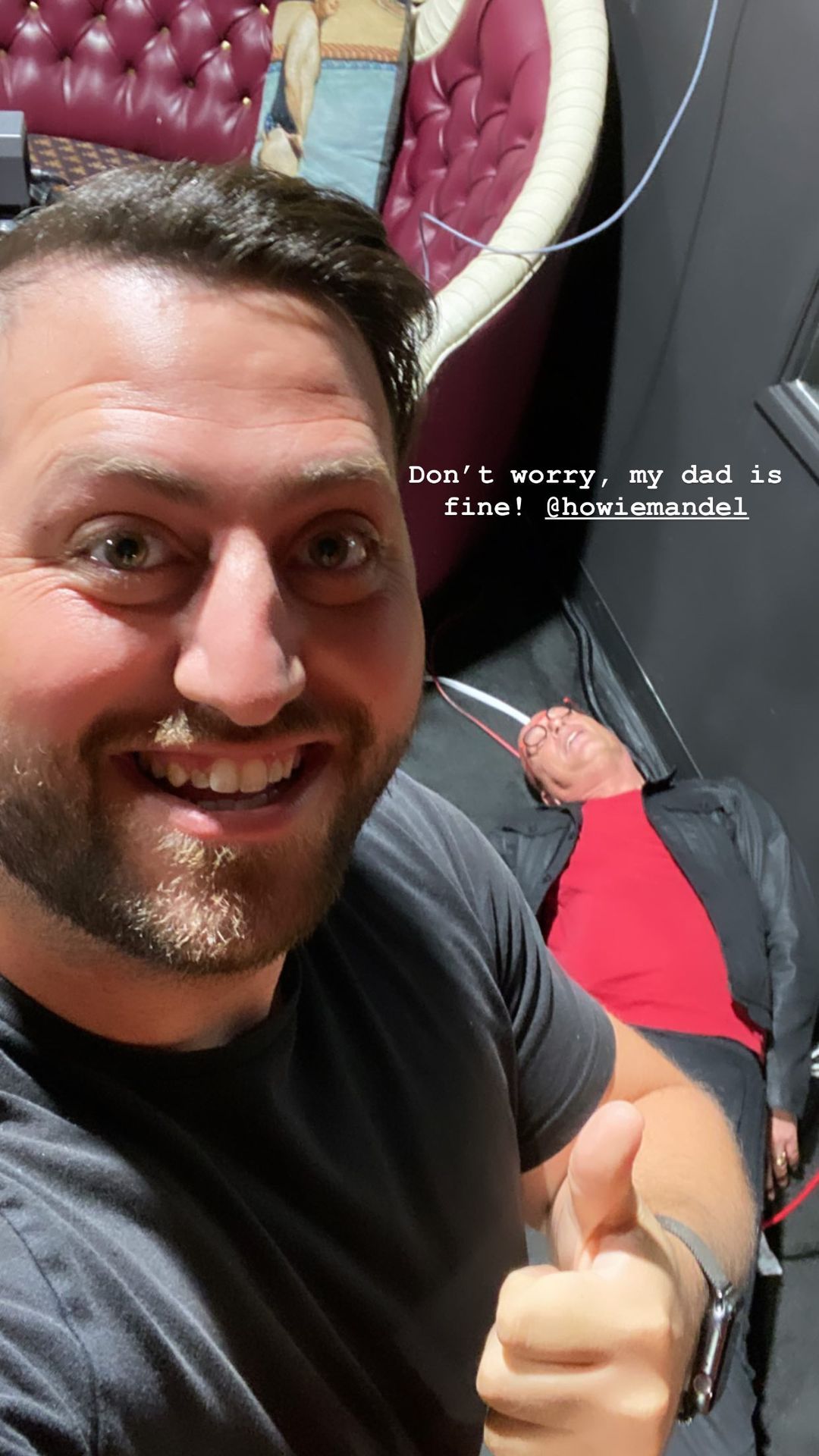 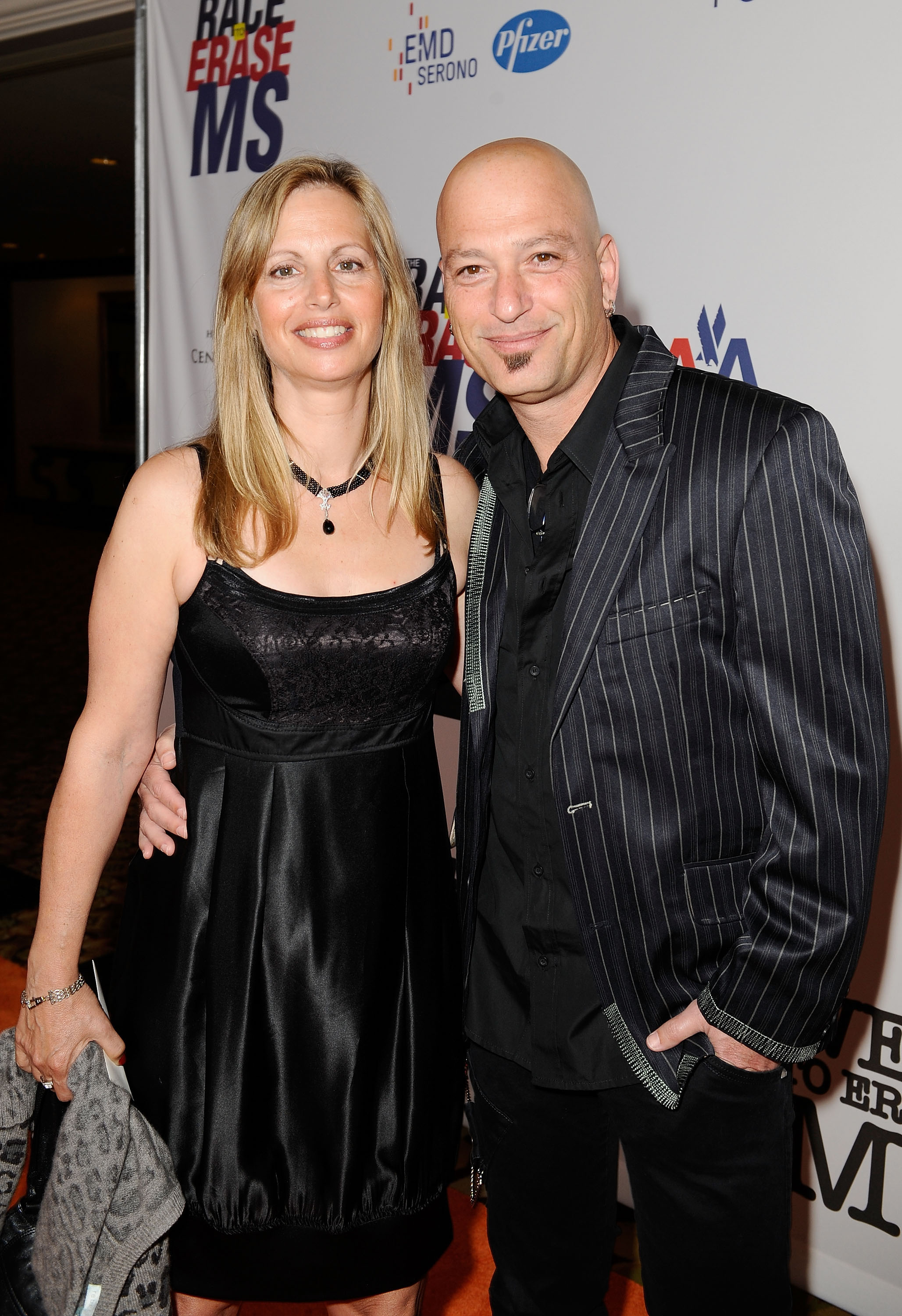