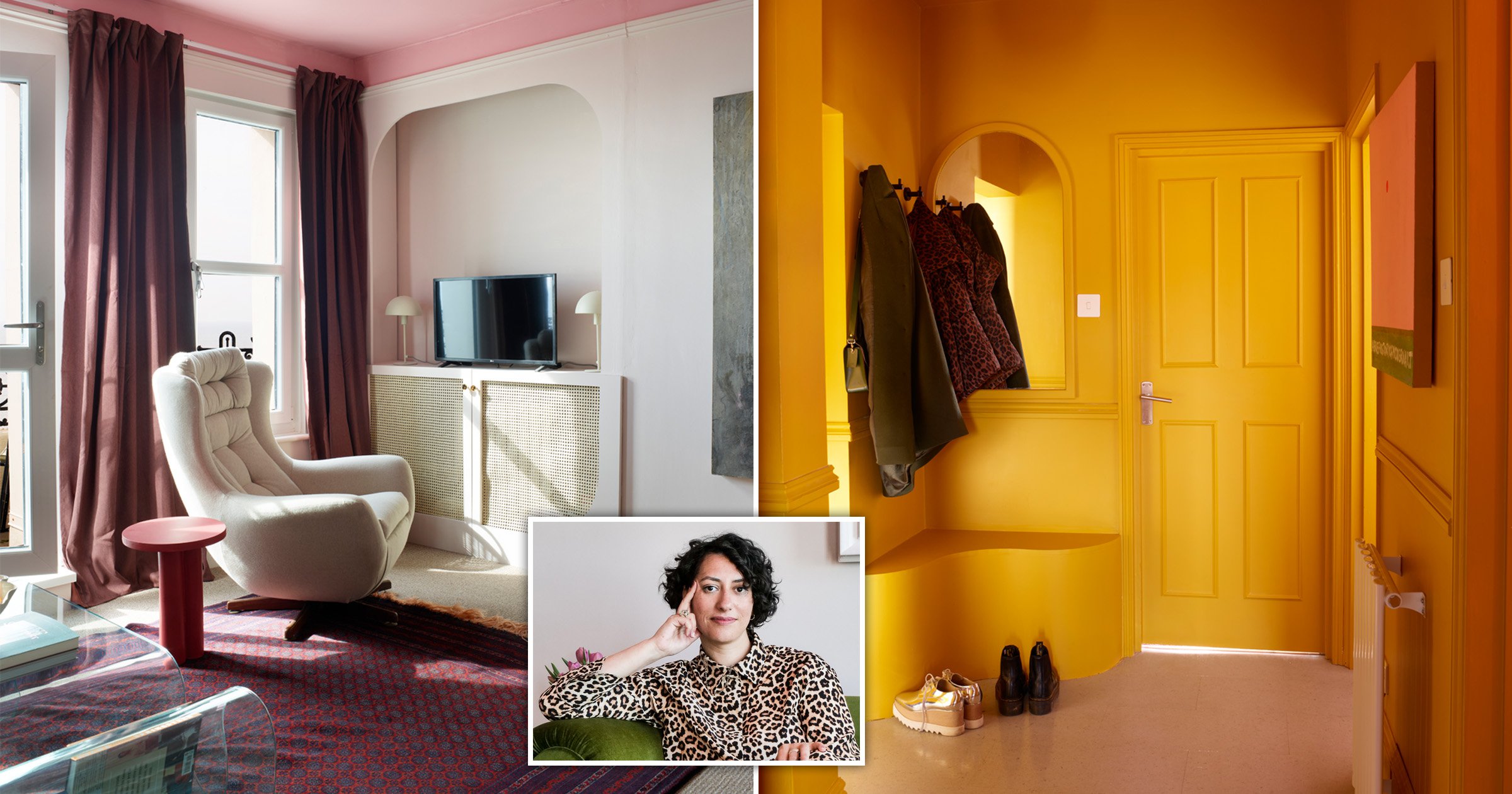 Over the past 20 years, many of Britain’s coastal enclaves have undergone incredible transformations, salvaged from obscurity to become some of the UK’s hottest property destinations.

The arrival of celebrity residents, chichi restaurants and avant-garde art galleries have all played their part – think Tracy Emin and the Turner Contemporary in Margate, Gordon Ramsay in Rock, Rick Stein in Padstow and Pearl Lowe in Winchelsea.

Until very recently, however, Bexhill-on-Sea – perched on the south coast between Hastings and Eastbourne – was all too often known as ‘God’s waiting room’, boasting the highest number of centenarians in the country, and a waterfront lined with period buildings that had seen better days.

The tide, however, appears to be finally turning for Bexhill: according to Rightmove data, over the past year or so, the sedate town has topped its list of the most sought-after seaside hoods, with prices soaring as  flexi-working house hunters look to cash in on a waterfront home within a two-hour train journey of central London.

‘We had holidayed in Hastings before, but knew we were priced out there for a second home,’ says Hanna.

‘In 2021, Jake’s work was gruelling, and I had just lost work as an artist, so we decided to look elsewhere for a project that would eventually generate income to help with the unpredictable nature of my career, and as a getaway for when work got rough for Jake.’

A stroll one weekend along Bexhill’s seafront promenade proved serendipitous. ‘I spotted a for sale sign on the ornate balcony of a fourth-floor flat in a small 1940s-style apartment block, on a parade right on the seafront,’ Hanna says.

A short stroll from the De La Warr Pavilion – the striking 1930s building now serving as a hip art gallery and entertainment venue – the two-bedroom flat had been owned by smokers, and was in need of a lot of TLC, but the amazing sea views convinced the couple it was the one.

Having bought it for £245,000 in early 2021, which included a share of the freehold, they set about planning its redesign.

‘As it was a second property, we were on a tight budget, knowing we would have to furnish it from scratch,’ says Hanna, a qualified architect who now focuses on creating vibrantly colourful and graphic community installations and sculptures through her north London studio, and whose work decorates the streets, buildings, and underpasses of the capital.

‘We originally got quotes from a contractor for the main refurb, but it came in at £90,000.

‘There was no way we could afford that, so were determined to do the work ourselves. We managed to do it for about £25,000.’

Hanna’s skillset obviously came in handy, with the couple spending a year travelling down on weekends and even after work to create a fantasy seaside home.

‘When I go on holiday, I want it to feel like I am living another life, so I designed the interiors to be really eye-catching and experimental,’ Hanna says. ‘I wanted anyone who spent time here to feel a sense of real escapism.’ And Bexhill ArtHouse, as Hanna has named the flat, intrigues from the moment you step over the threshold.

‘I wanted the flat to be bursting with colour, so I curated a palette inspired by Bexhill’s sea, sand and sunsets – resulting in cool blues, warm yellows and dreamy pinks,’ she says.

Cabinetry was built by Hanna herself, using machine-processed plywood – ‘I basically designed my own flatpack furniture’ – and a large, pink-dominated abstract artwork hangs on one wall.

Upcycling and eco cred was also important in the scheme. In the small kitchen, Hanna and Jake removed the top row of cupboards, as it made the space feel too cramped, but kept the existing lower cabinets, simply repainting them in cornflower blue and adding quartz stone worktops and pale pink paint to the walls.

A large, arched opening looks onto the living/dining space, a shape echoed in a curved second-hand Perspex coffee table.

A tall lamp with a pinky-gold fringed shade was picked up for about £15 in a local vintage shop.

‘In some contexts it could look absolutely awful,’ Hanna laughs, ‘but I really wanted to evoke a sense of place, and the culture of Bexhill, so I furnished the flat by spending many happy hours rummaging through the town’s amazing secondhand shops and house clearance stores for furniture treasure. With Bexhill’s aged population, there are obviously quite a few!’

Hanna and Jake did, however, redo the bathroom from scratch, scrapping the all-beige colour scheme for yellow and pink hues, and installing a more practical layout.

They also allowed themselves one big indulgence each. For Hanna, it was the elegant cream and red-striped headboard in the sky-blue main bedroom (which also features her own design for seemingly floating bedside shelves), and, for Jake, the cream modernist armchair which takes pride of place in the living room, from vintage seller House of Herts (Instagram @house_of_herts).

To finish the place off, Hanna also commissioned and curated works from south coast artists and co-creatives, including Brighton-based duo Lee Baker and Catherine Borowski, only modestly displaying two of her own artworks in the bathroom. The recently completed pad is now available to rent, through Airbnb.

Sleeping four, it costs from £90 a night but the couple try to spend at least one weekend a month here together, along with their rescue dog, ex-racer greyhound Honey, who adores the beach.

A visit to the De La Warr Pavilion, which hosted one of Bob Marley’s first ever UK gigs, is a must, Hanna says, along with cocktails and paella at Latin American eatery Sombremesa, or crab rolls from The Angry Whelk.

Hanna says their experience of Bexhill has been life changing. ‘It’s such a wonderful community here, and being by the sea is so very healing and relaxing. It makes you feel small, but in a comforting way, and has really put life into perspective.’