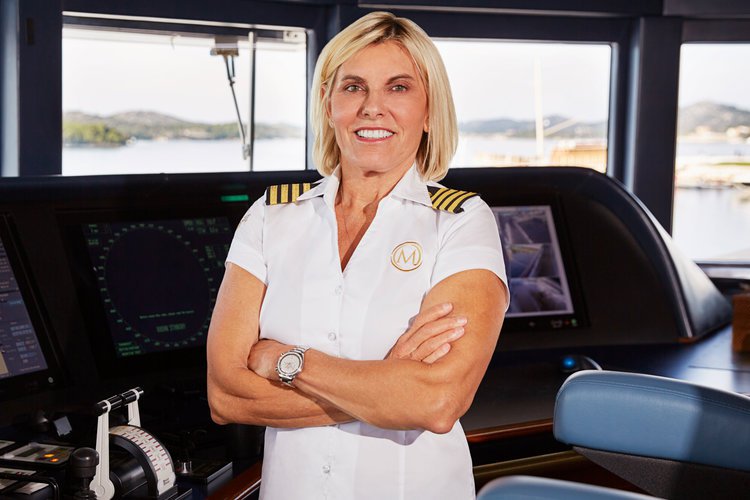 Below Deck Mediterranean star Captain Sandy Yawn has claimed that she wasn’t ‘told the whole story’ before firing Lexi Wilson.

The stewardess was sacked in the most recent episode of season six of the Med spin-off, after an explosive row with her cast mates.

In tense scenes, she called chef Mathew Shea an offensive slur and threatened to ‘smack’ him if the cameras were not rolling, when he said that no one else liked her.

This seemed to be the final straw for the Captain, which came weeks after the former Miss Bahamas took aim at the rest of the crew after a night out, as they all let their hair down in a hot tub.

When questioned by fans on why she didn’t act sooner, considering Lexi’s previous actions towards her fellow co-stars, Sandy hit back.

To which she replied: ‘I can only respond to what I see. I also wasn’t told the whole story about the hot tub night.

‘Of course things would have been different.’

Tensions have been threatening to boil over on the boat for weeks, when Lexi blasted bosun Malia White, and deckhands Mzi Dempersand Lloyd Spencer in a hot tub, after a cast dinner.

Others were forced to intervene when things escalated and appeared to turn physical, with the stew apologising for her actions afterwards.

She then had an argument with chef Mathew over dinner, when he took aim at her attitude.

Hitting back, she stated that his parents ‘should have aborted him’, as their co-stars tried to calm the situation down.

Before storming away from the table, she told him: ‘If this wasn’t on camera, I would smack your ass’.

The following day, Captain Sandy was made aware of what went down the previous evening, and called Lexi in to discuss her actions.

‘Threatening people, saying the things that you say…,’ she began. ‘Considering how it has permeated throughout the entire boat and some people just can’t get around it, the many outweigh the one.

‘I have to make a hard decision and it’s not easy for me. I have to let you go.’

Taking the news in her stride, Lexi immediately packed her bags, slammed a door in Katie’s face and refused to say goodbye to most of her co-stars, only hugging Malia on her way out.

Below Deck Mediterranean is available to stream on hayu.