If your grandfather wrote “Citizen Kane,” you could imagine that might be a helluva shadow to escape from. But Ben Mankiewicz has been able to shine his own light for the past 17 years — and shine a light on films worthy of discovery — as a host on Turner Classic Movies. The 53-year-old broadcaster, who also contributes reported segments to CBS Sunday Morning and co-hosts The Young Turks, never knew Herman J. Mankiewicz, who died in 1953. But the stories of his grandfather’s life and his commission from Orson Welles to write “Citizen Kane” have been passed down from generation to generation. Imagine Ben and his family’s astonishment that his grandfather’s life has now received the big-screen biopic treatment, courtesy of David Fincher’s “Mank.”

“We thought then, what we thought now,” Ben, who learned of the existence of Jack Fincher’s “Mank” screenplay 10 to 15 years ago, said. “Which is that we can’t believe there’s a whole script called ‘Mank’ about our grandfather [played in the movie by Gary Oldman]. ‘This will never get made.’ ‘What a gigantic waste of everyone’s time.’ ‘Hey, let’s make a movie about a relatively unknown screen writer, known only to people with a pretty deep understanding of the history of movies.’ Asking even film fans to quickly name 10 screenwriters is not the same as asking them to name 10 directors. They would be like, ‘Oh, okay. It’s just going to take a… Steve Zaillian, it’s like this is a… Robert Towne, right? It takes a beat.”

Ben is clearly proud of “Mank,” despite that earlier astonishment. He even has a vocal cameo that draws upon his broadcasting skills. In an interview with IndieWire, he answers some burning questions viewers may have (“Just was the 1934 California governor’s race that much of a turning point in Mank’s life?”), dispels some misconceptions, and shares what happened to Herman and his family after “Kane.” First off is one point of clarification:

“Mank” Is Not Really About the Authorship of “Citizen Kane”

Ever since Pauline Kael’s 50,000-word New Yorker essay “Raising ‘Kane’” in 1971, it’s been a topic of argument about who really wrote the movie. Viewers are forgiven for going into “Mank” thinking that the question of “who wrote it?” would be the film’s central dramatic device. But it’s not. At all.

“The movie is not about the authorship of the screenplay,” Mankiewicz said. “It’s about Herman… a writer, an artist, trying to fulfill the promise of greatness against the demons that prevented him from doing that.” 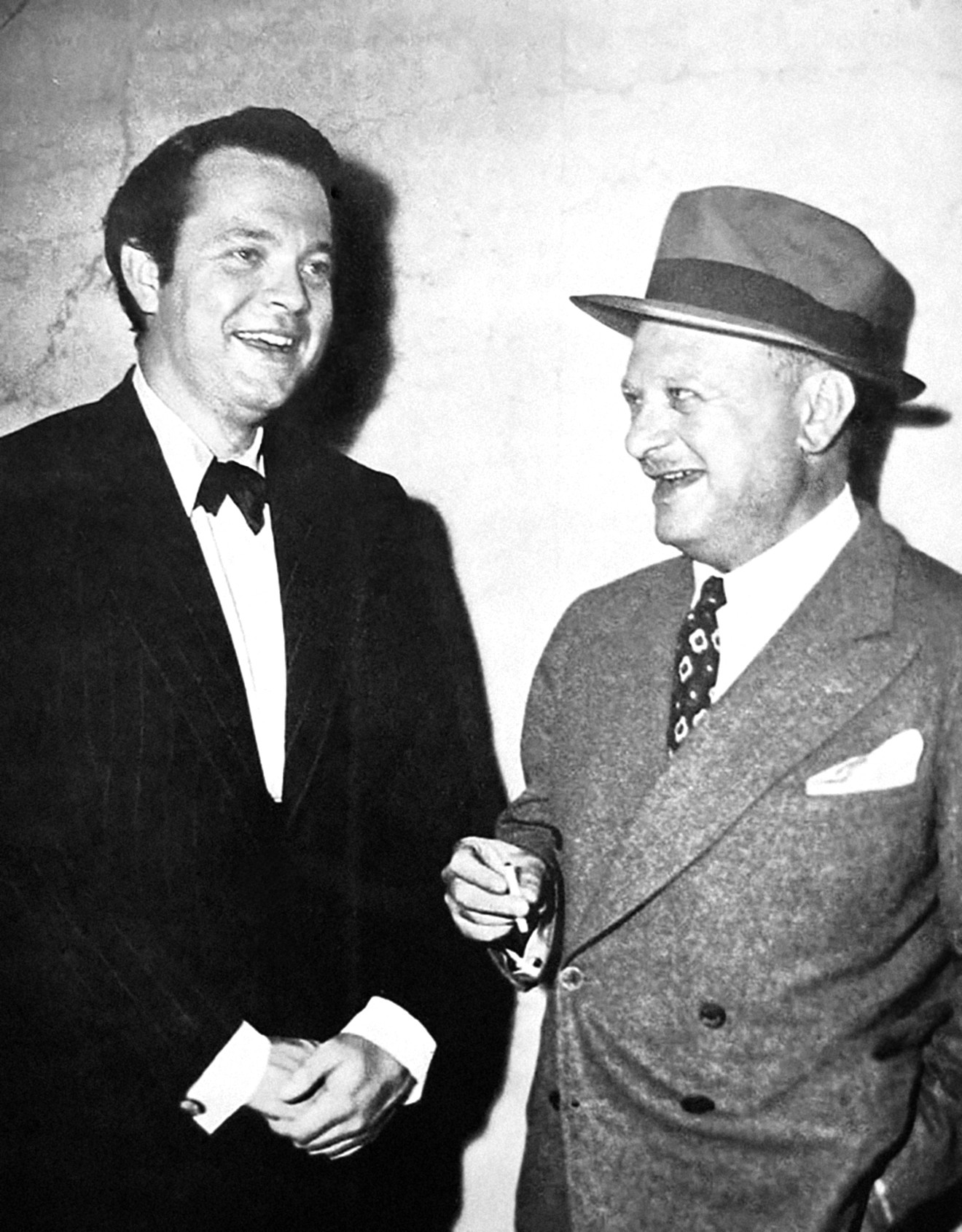 But of Course Ben Has Thoughts on Who Authored It

Mankiewicz is quick to point out that though the screenplay was Herman’s, that’s not the same as who has ownership of the movie.

That said, Mankiewicz said that, when he was growing up, the prevailing feeling toward Welles in his household was a negative one. But if Welles had a monumental ego, it was “unavoidable for this kid who came out to Hollywood at 24, and at 25 is the boy wonder and making ‘Citizen Kane.’”

The person Mankiewicz thinks may have had more input into the script than is presented in the film was Mercury Theatre manager John Houseman, played in “Mank” by Sam Troughton. “Houseman claimed that he wrote some of it and didn’t really ask for credit. I don’t doubt that that’s true, that Houseman was full of ideas that Herman then put to paper.”

“Not at all, though politics mattered enormously to Herman,” he said of whether the hotly contested campaign between Republican Frank Merriam and Democrat Upton Sinclair was ever passed down as being a turning point in Mank’s life. “I’ve never heard it mentioned, and I think that is a device successfully used by Fincher to help tell Herman’s story. Joe Mankiewicz, I believe, even recorded radio ads to defeat Upton Sinclair, and Joe was a committed Republican, though he took a critical stand against the blacklist later on.”

Ben is the son of Frank Mankiewicz, who was Herman’s second son. After a stint as an entertainment lawyer, representing Steve McQueen and James Mason among others, Frank immersed himself deeply in public service and Democratic Party politics, moving the family to Washington, where Ben grew up. Frank served as Robert F. Kennedy’s press secretary and movingly announced the presidential candidate’s death following being shot at Hollywood’s Ambassador Hotel in 1968.

“I have no doubt saying that Herman would have loved that his son left the movie business behind,” Ben Mankiewicz said.

There was one area in particular where Mank’s political beliefs caused him to run afoul of Hollywood suits. 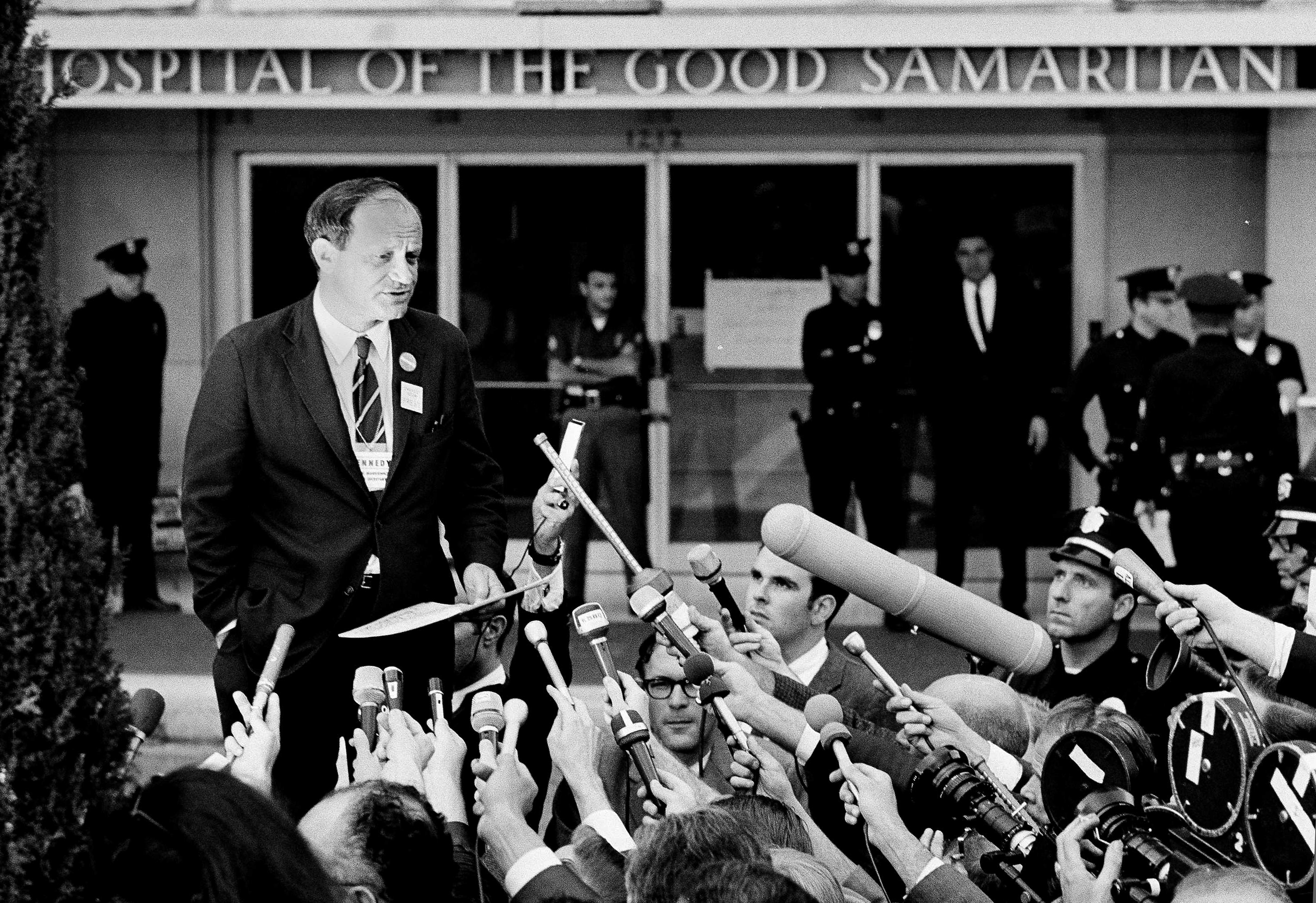 Frank Mankiewicz gives an update on Robert F. Kennedy’s condition June 5, 1968 after he was shot at Hollywood’s Ambassador Hotel. Mankiewicz announced his death later that day.

Not covered in “Mank” is how Herman wrote a screenplay called “The Mad Dog of Europe” in 1933, shortly after Hitler’s ascendancy. It was an anti-Nazi screed. “The main character, the threatening character, is named Adolf Mitler, in case anyone is confused about who it was supposed to be,” Mankiewicz said. “That film never got made in part because of studio resistance to alienating the German market and alienating German Americans. It’s a moment of Hollywood’s stunning lack of courage, repeated itself not infrequently.”

“Mank” does touch upon how Herman helped get Jews out of Europe to escape the Nazis, however. His German Jewish housekeeper, Fraulein Frieda (Monika Gossman), talks about how he helped her flee Nazi Germany. It’s a moment that resonates so much with Mank’s secretary (Lily Collins) that she agrees to let him indulge his drinking.

“I don’t know how many people he helped get out of Europe,” Mankiewicz said. “The movie suggests most of a small town, but he didn’t want to talk about it.”

Not Seen in the Movie: Hearst Launched a Vendetta Against Mank After “Kane”

In 1943, after he had won the Oscar for writing “Citizen Kane” a year earlier, Herman stood trial for drunk driving. It was an incident amplified greatly by his former friend William Randolph Hearst, looking to get payback for the movie. After having lunch in Beverly Hills, Mank ran into a car carrying Ira Gershwin’s wife.

“There was little damage and it was going to be resolved between the two parties until Hearst found out about it,” Ben Mankiewicz said. “He got the people he paid at the Beverly Hills Police Department to make a big deal about it and bring charges.” The resulting trial lasted a week, and Hearst covered it relentlessly in the Los Angeles Examiner. Mank’s son Frank, having enlisted in the Armed Forces during World War II, was still in basic training nearby during the trial. “So every day, as soon as he’d hear ‘Dismissed,’ my dad would sprint to the newsstands and buy all copies of the Examiner that had arrived, and then throw them all away. It was a pointless but heroic effort to defend his father.” 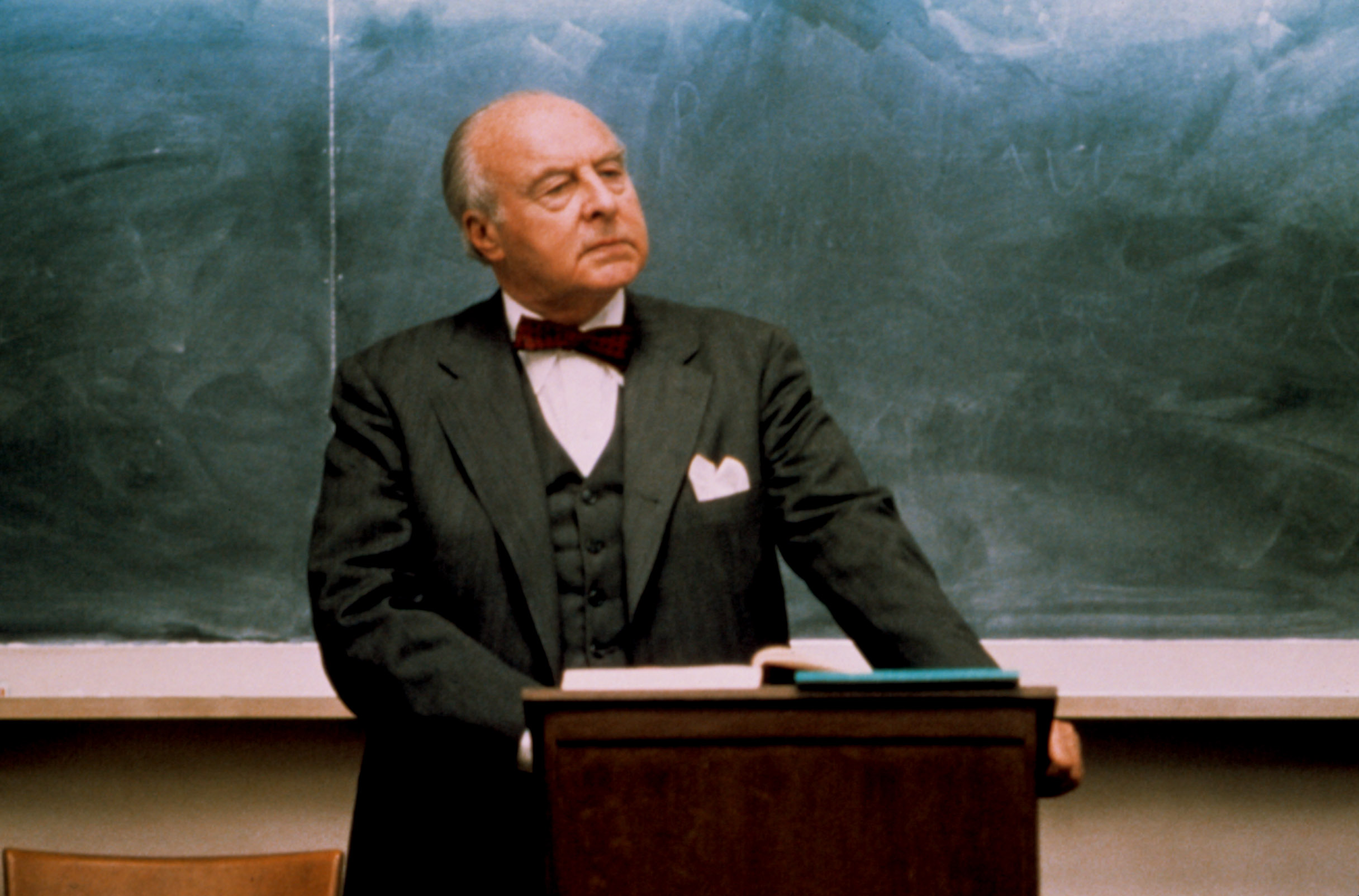 John Houseman, pictured in “The Paper Chase,” pivoted to acting in the years after breaking with Welles and won a Best Supporting Actor Oscar for his role in the 1973 law school drama.

What’s the biggest misconception of the Mankiewicz family? “That we’re rich. There was no money when Herman died. My grandmother was supported by relatives and by John Houseman a little bit.” Despite being frustrated by losing so much of the money he did make by gambling recklessly, she continued to defend him for the 32 years she outlived him.

Ben has a lot of affection for Houseman, and declares that he was a force of nature, not a “wallflower” as presented in “Mank.” In fact, Ben as a young boy even met him in the ‘70s, around the time Houseman had reached a new level of success in his second career as an actor. Houseman won the Oscar for Best Supporting Actor for 1973’s “The Paper Chase.”

“Houseman was critical in getting Herman to finish that script. And he was an unbelievable friend to our family going forward, helping to take care of Sara after Herman died.”

“My father [Frank] always said, ‘Here’s what’s banned from discussion around the dinner table: Movies.’ Here’s what was allowed to be talked about: current events and politics every time. When anybody ever came over, my dad said even when Harpo Marx or F. Scott Fitzgerald or Welles came over, the discussion was politics.” In fact, Ben, who lives in Santa Monica now, had only visited Los Angeles once before he was 21.

Ben’s cousin John Mankiewicz, eventually a screenwriter and producer on David Fincher’s series “House of Cards,” was on a plane with Fincher in the late ‘90s or early 2000s. “And when Fincher realized who he was, he either gave him the script then or sent him a copy. But I think he had it with him, the manuscript his father had written.” 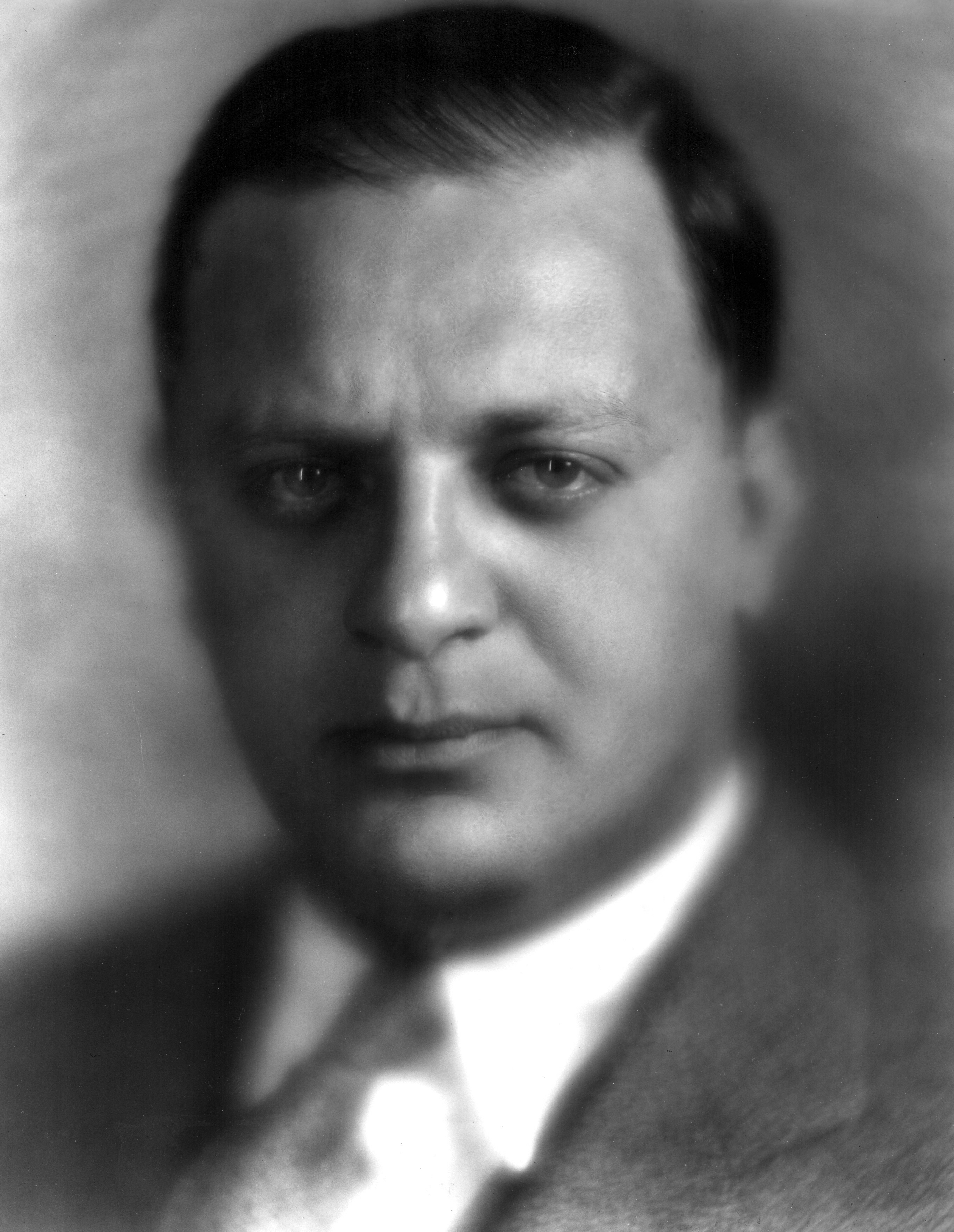 “Fincher, I think very wisely, didn’t reach out to a Mankiewicz nor should he have,” Ben said. “He’s making his movie, he doesn’t want to have us tell us what the story should be. Then when it was done, he was pretty eager to find out what we thought. If I were doing a movie about the Finchers, I wouldn’t reach out to him. You’ve got to make your movie your way, and I have no issue with that. He read, he researched the hell out of it, because he got so many things right. What he didn’t get right was not getting it wrong, it was deliberate — he was just doing it his way. That’s why John Houseman’s role was changed a little bit because otherwise Houseman’s strength would have overshadowed Herman too much.”

But Ben Mankiewicz Has a Cameo…

At the 125-minute mark of “Mank,” after Mankiewicz and Welles win their Oscar, a radio announcer comes on and says, “This is the first nomination and first win for Mr. Mankiewicz and Mr. Welles. Neither were able to attend tonight. Accepting for both is the president of RKO Radio Pictures, Mr. George Schaeffer.” That radio announcer is Ben Mankiewicz himself.

“Fincher gave me that small part doing the voice of the Oscar announcer, because my lone acting skill of being able to mimic movies from the 1930s and ‘40s served me well.”

“Mank” is now streaming on Netflix.