There are so many examples of memorable scenes on Breaking Bad. From Jesse Pinkman (Aaron Paul) dissolving a body in a bathtub to Walter White (Bryan Cranston) throwing an entire pizza onto the roof of his house in frustration, these moments range from macabre to hilarious. No wonder the AMC drama is considered one of the greatest of all time.

When it comes to unforgettable Breaking Bad content, however, nothing tops Gus Fring’s explosive death from the season 4 finale. After trying multiple times to kill Fring, Walt finally defeats his nemesis by cleverly roping in Hector Salamanca as a suicide bomber. The result of that explosion is graphic and disturbing.

And though it seems too weird to be true, it turns out Fring’s death is based on a real-life event. 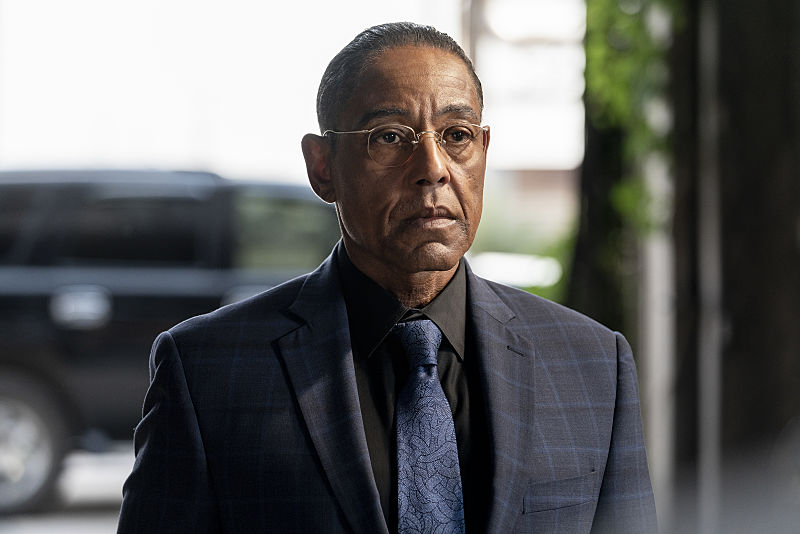 Eventually, Walt preys on Fring’s one weakness: his absolute hatred for Hector Salamanca, the man who killed his business partner (and potential lover) Max Arciniega. Walt stages it to look like Hector talked to the DEA, which prompted Gus to visit him at the nursing home.

While there, Fring is blown to pieces with a bomb Walt rigged to Hector’s wheelchair. It’s the perfect crime.

There’s a chilling moment following the explosion when Fring stands up, walks out the door of Hector’s room, and adjusts his necktie. For that brief time fans wonder if he somehow survived the explosion. But then the camera pans to an alternate angle of Fring’s face, which is almost completely blown apart on one side.

Chicken man symbolism aside, fans couldn’t help but wonder if this could happen in the real world. And apparently it did. Gilligan was inspired to create the scene based on an actual event.

Famed scientist and occultist Jack Parsons died while working with explosives on a movie set. After suffering extensive injuries including having a hole in his face, Parsons lived for 37 minutes and communicated with first responders before he died from the blast, Wired reported. Gilligan used that as inspiration for Fring’s death.

Breaking Bad producers knew the season 4 finale, aptly named “Face Off,” had to be visually stunning like nothing that had come before. So they called on the special effects team from The Walking Dead, who had lots of experience creating gruesome effects with makeup.

Gilligan told The New York Times, “We did have great help from the prosthetic effects folks at The Walking Dead… it’s a combination of great makeup and great visual effects. And it took months to do.”

It took a lot of time and effort but the end product was well worth it. Gus Fring’s death remains one of the most significant moments in Breaking Bad.