TV lovers had been planning on tuning in to the fly-on-the-wall show for the last episode in the series, however things didn’t go to plan.

Virgin Media customers who tried watch Gogglebox found themselves confronted with an error message and as the show and Channel 4 was yanked off air.

As the error spread across the UK fans flocked to Twitter to express their anger.

“Last #Gogglebox and Virgin Media is down. Not a happy household here,” one fan wrote.

Another added: “I’ve just had to wire up the telly to the old aerial on the roof because @virginmediahave lost Channel 4, right before Gogglebox.”

“Virgin Media… any chance you could tweet a possible timeframe for the TV outages? See you are replying to some customers but this is clearly a widespread problem. Gave up on BGT and I’ve now spent 20 minutes trying to watch Gogglebox. Both channels down,” another raged. 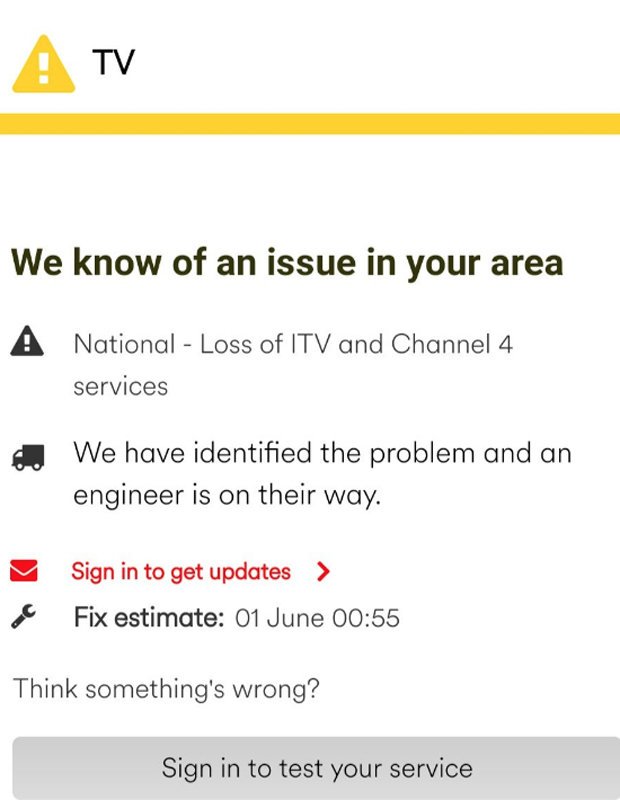 “Virgin Media down so I can’t watch Gogglebox… gutted,” another fumed along with an angry emoji.

A Virgin Media spokesperson told Daily Star Online: “We sincerely apologise for the brief loss of some TV channels this evening.

“This was resolved quickly and all channels are now restored.” 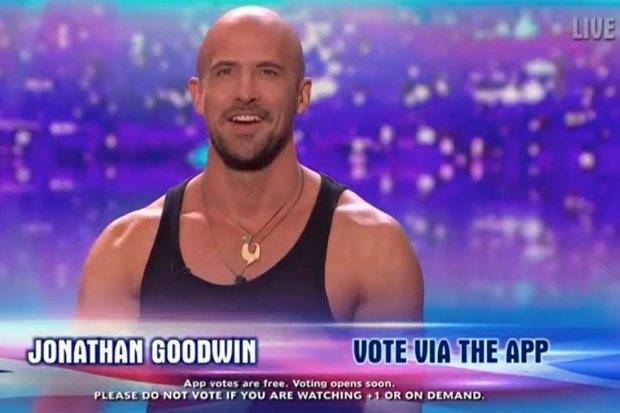 The issue also hit the last semi-final of Britain’s Got Talent.

The error meant that many viewers were unable to see the final act.

Jonathan Goodwin wowed viewers with his dangerous stunt, which saw arrows fly at him as he stood blindfolded in a nail-biting display.

A Virgin Media spokesman told Daily Star Online: “We’re aware of an issue affecting some TV channels on our platform.

“We’re currently investigating as a matter of urgency and hope to have them restored soon. We apologise for any inconvenience caused.”