Bridgerton protagonists Kate Sharma and Anthony Bridgerton have thrilled fans by finally treating them to very intimate scenes after making them wait for seven whole episodes.

Fans have been ‘burning’ for a romance that could match the passion between Daphne Bridgerton (Phoebe Dynevor) and Simon Basset, the Duke of Hastings (Regé-Jean Page) seen in season one.

However, things started off much more PG, to say the least.

Luckily, viewers of the Regency-era series finally got what they wanted towards the end of the season.

Very hot scenes between the new couple – played by Simone Ashley and Jonathan Bailey – came at the end of episode seven, after a lavish Bridgerton family ball.

As things get quite raunchy, Kate says of their flirting: ‘You are the one who must stop, you must stop’, before Anthony teases: ‘Before what? We do something for ourselves?’ 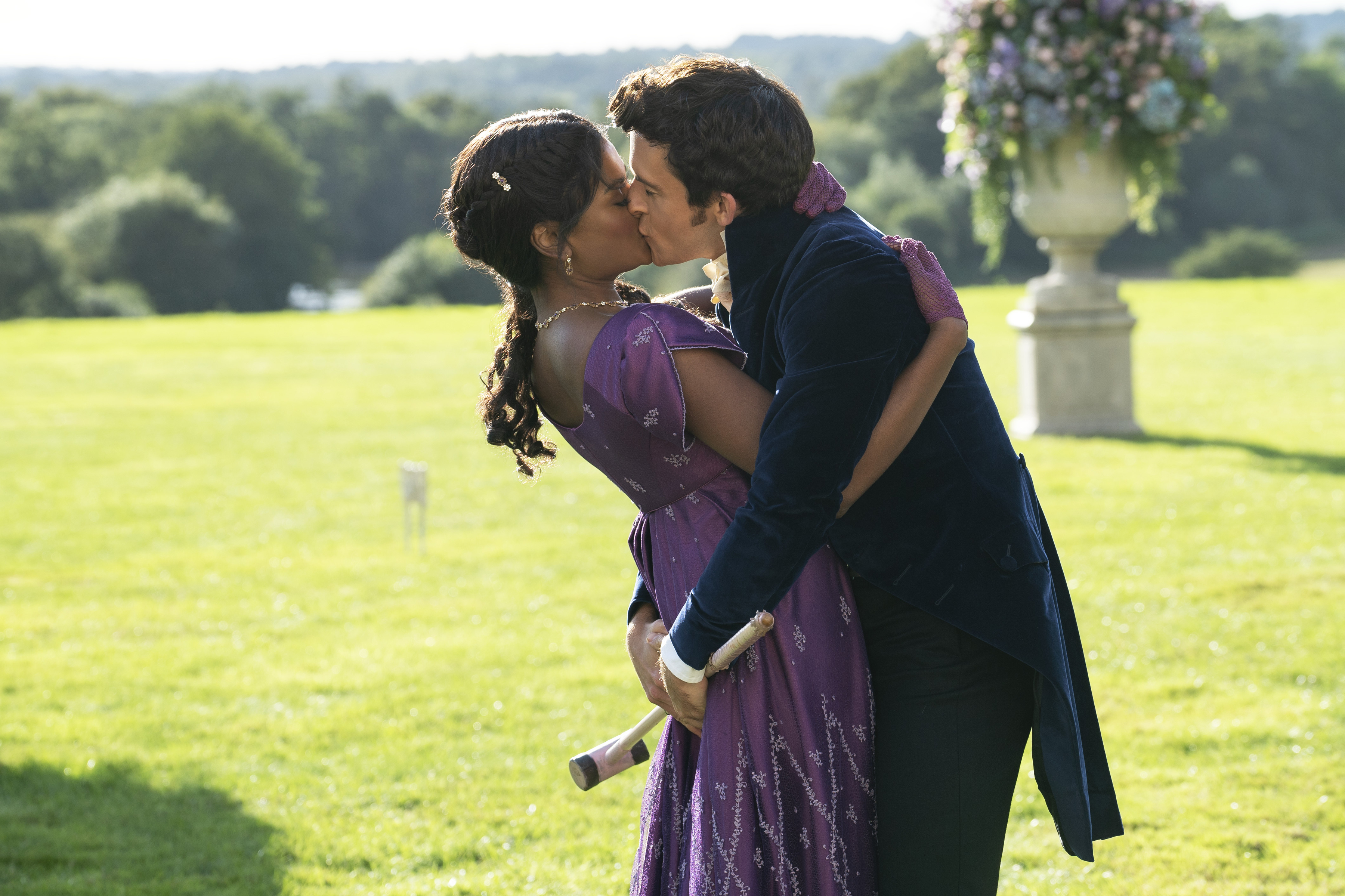 The pair passionately kissed before things turn even more steamy and the inevitable finally happens… and fans are absolutely living for it.

‘Season 2 is so so much sexier. It doesn’t even need multiple explicit sex scene for it to be over-the-roof STEAMY. The whole of season 2 is soooooo much hotter than season 1, TRUST ME,’ agreed another.

Someone else shared: ‘Okay, how come that dance at the pink ball in BRIDGERTON was sexier than any sex scene I’ve seen on TV? I’ve made it to episode seven. I’m hooked!’

Giving their verdict, a viewer teased: ‘People who can’t see Kanthony chemistry because of less sex scenes are the ones who don’t understand the meaning of romance because their mind clouded by mindless banging. I said what I said #bridgerton.’

Speaking at a Bridgerton press conference ahead of season two, creator Chris Van Dusen explained why there was less sex in season two.

‘We’ve never done a sex scene for the sake of doing a sex scene and I don’t think we ever will,’ he said.

‘It all serves a larger purpose and it’s a different story this season.

‘Different characters, where we’re with Anthony and Kate most of the season and that’s very different from Daphne and Simon.’

Simone also defended the minimal use of intimate scenes.

She said: ‘They aren’t performative sex scenes or intimate scenes, they have a meaning behind them and I think they’re very earnt when the fireworks happen.’

Meanwhile, the pair have already spoken out about returning for season three, which Simone confirmed she will still have a big role to play in a recent chat with Deadline.

She told the publication: There were complications with the family and then they find each other towards the end.

‘I think everything is just starting. I’d like to see Kate just let go a bit more and play more in season three and kind of swim in that circle of love together. I think they both deserve it.’

Bridgerton seasons 1 and 2 can be streamed in full now on Netflix.