TOWIE fans were gobsmacked after Sam Faiers shared a snap from her holiday and many claimed she was "unrecognisable".

The 30-year-old, who posed in Dubai alongside boyfriend Paul Knightley and their children, was noticeably more bronzed and her cheeks glowed. 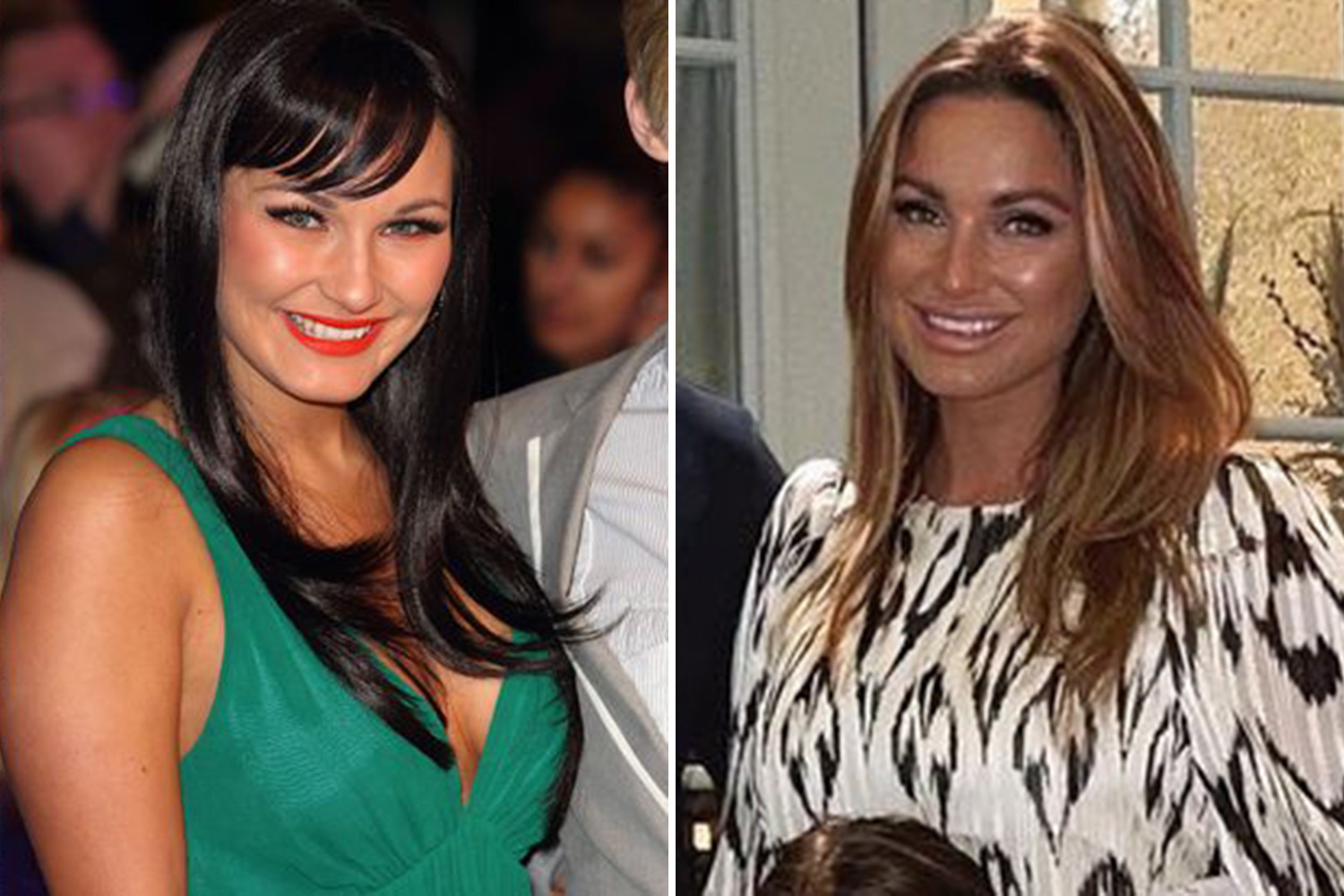 One Instagram follower noted she had “changed so much” and another wrote: “You look so different.”

And she isn’t the only one fans believe have undergone a radical transformation since the reality show first aired back in 2010.

From weight loss to plastic surgery and cosmetic procedures, the Essex lads and lasses have gone through it all.

Many look very different to how they originally appeared – here, we look at their changing faces. 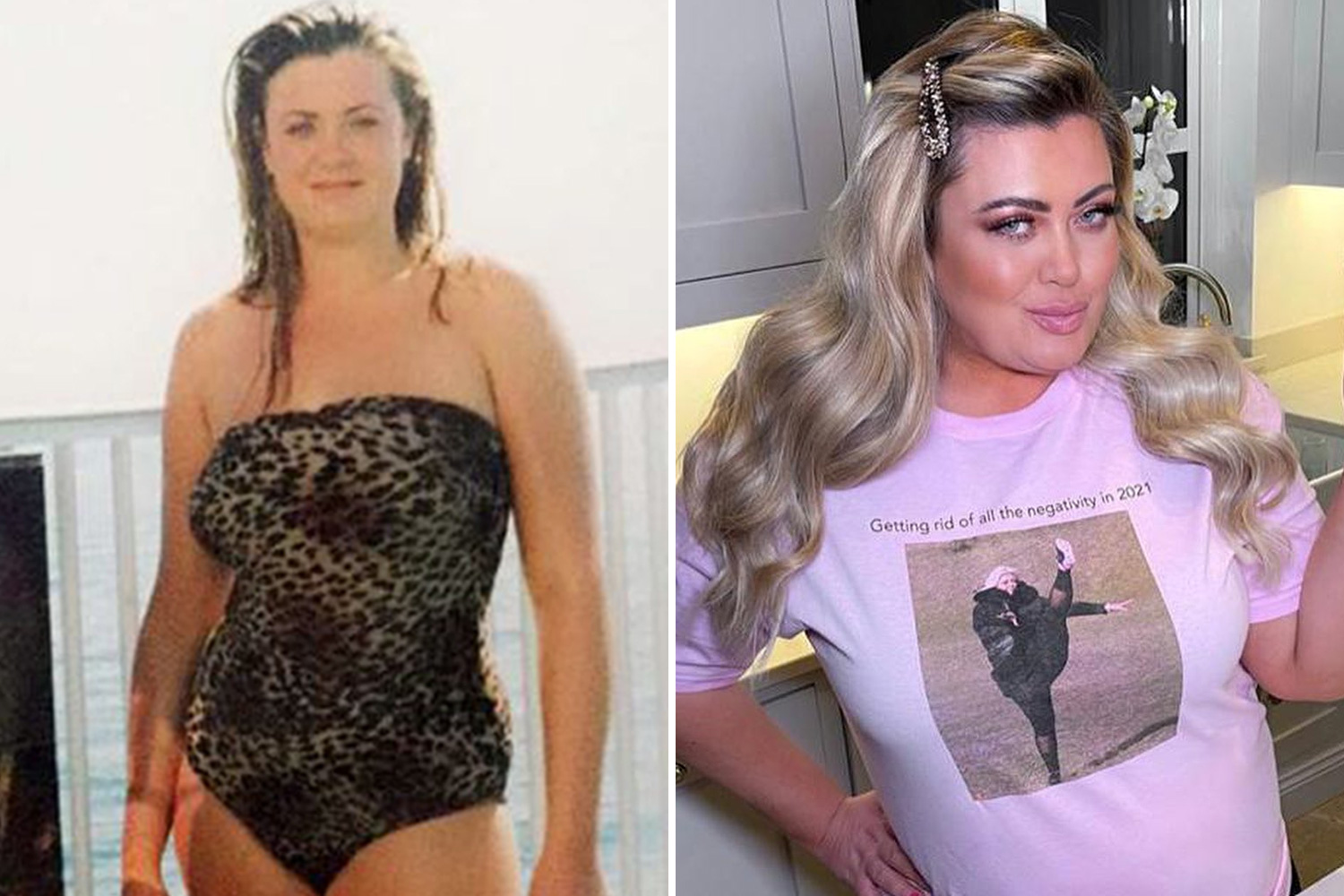 Gemma Collins may have traded in her brunette locks and gone blonde but the former car saleswoman has kept up the obligatory TOWIE love of a good fake tan.

The 40-year-old has spoken openly about her weight loss journey over the yearsand recently her face looked thinner after losing three-and-a-half stone.

Not only that, she admitted to becoming “obsessed” with Botox and filler to the point where her own mum didn’t recognise her.

Gemma previously told The Sun: “I got a bit paranoid and started thinking, ‘I’m turning 40, I’ve got to get this and that done.

“I had a bit put in my lips, I had my cheeks done, I had Botox, filler, I done the lot… but then I started to get carried away.” 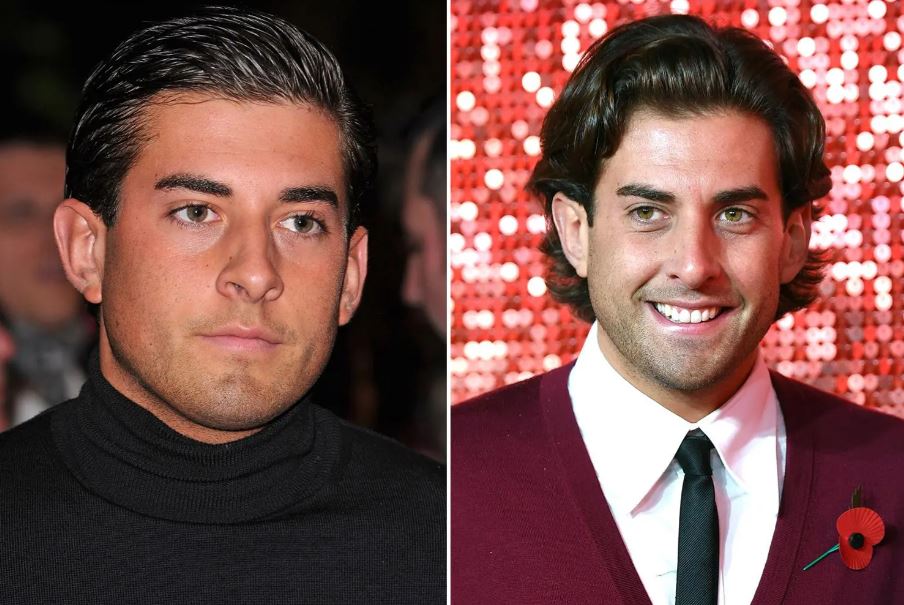 In 2017, James Argent told The Sun he had a nose job after feeling it looked more “prominent” and was “too big” after losing four stone.

His insecurities over the size of his nose stemmed from childhood and he admitted being haunted by his school nickname “nostrils”.

He said: “My nostrils are huge, I’ve literally never seen anyone with bigger nostrils than me!”

Earlier this year, Arg had a gastric band fitted after ballooning to 27 stone and being told he could die if he didn’t lose weight.

Thanks to the op and being on a liquid-only diet, he shed five-and-a-half-stone just weeks after going under the knife. 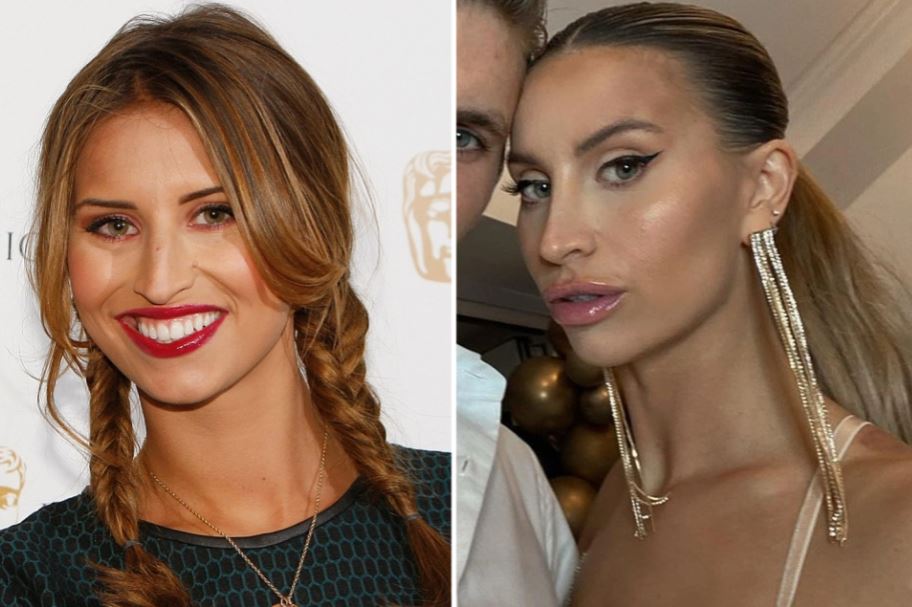 31-year-old Ferne McCann has not been shy about her desire to have surgery and previously admitted she wanted breast augmentation and a second nose job.

“I want natural boobs, mine are so saggy now after breast-feeding my baby – I don’t like big, fake boobs, they look so tacky,” she said in 2018.

Ferne revealed the results of her first nose job – which she had done in secret –  during a 2016 episode of This Morning.

At the time, Sam explained her goal was for “it to be subtle” and not “to change my whole face”.

She rejected the idea of having Botox and fillers because she thought they “actually make you look older”.

Sam, who also had her teeth “tightened” to help perfect her smile, lashed out at those who claimed she had gone under the knife.

“It's p***ing me off that everyone keeps saying I've had surgery. Like wow, what have I had done?” she said.

"I want to put these rumours to bed guys. This is au naturale.” 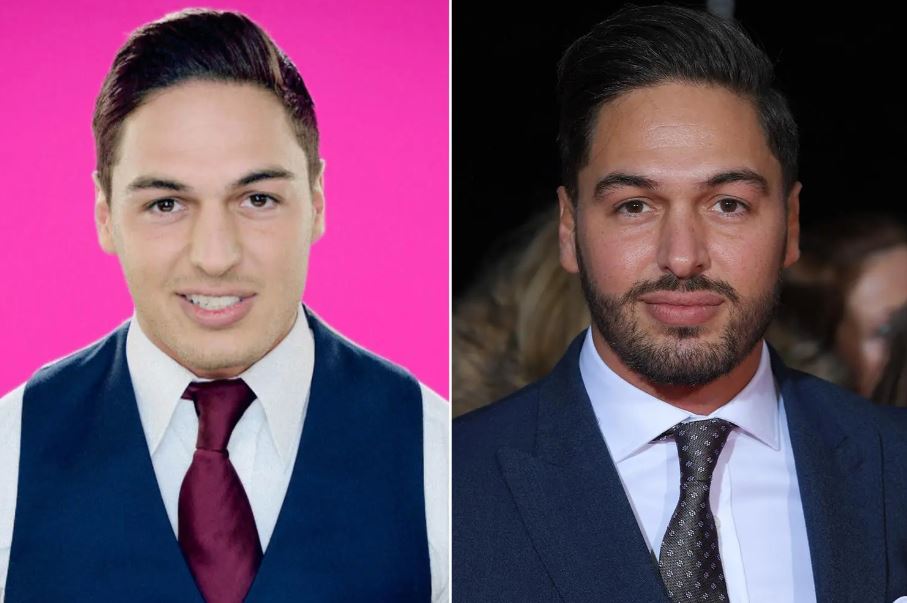 He previously told The Sun that he decided to go under the knife after teasing from Arg and Diags spiralled out of control.

“Everyone jumped on the bandwagon and I was bullied on social media for years with people setting up Twitter accounts dedicated to slagging off my nose,” he said.

Mario revealed the bullying over his nose began when he was 11 years old and despite being proud to have “a striking feature” the comments got to him. 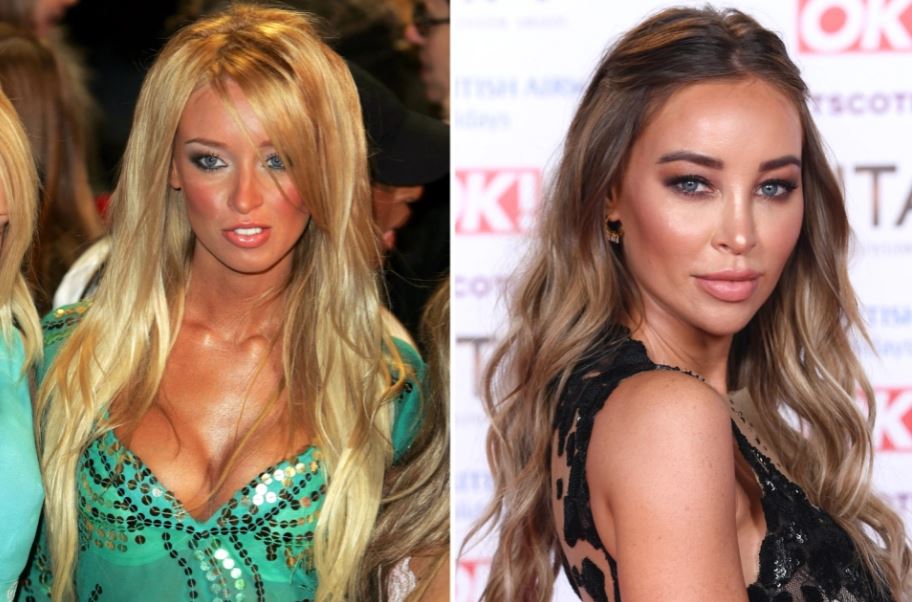 While Lauren Pope, 39, is all about spreading body positivity and refusing to use Photoshop now, in the past she had a fair few procedures.

She admitted being hooked on Botox before having to stop in 2014 because they “made me look evil – like Spock”.

The TOWIE star also told Now! magazine about getting a “bump in her nose” fixed back in 2011 and admitted she wanted to go under the knife again.

However, surgeons advised against it because her nose “was so weak” and “ran a risk of collapsing”, Heat magazine reported.

Previously, Lauren also had two boob jobs to get E cups before having her implants removed in 2017 because she felt they looked “trashy” and getting a breast reduction. 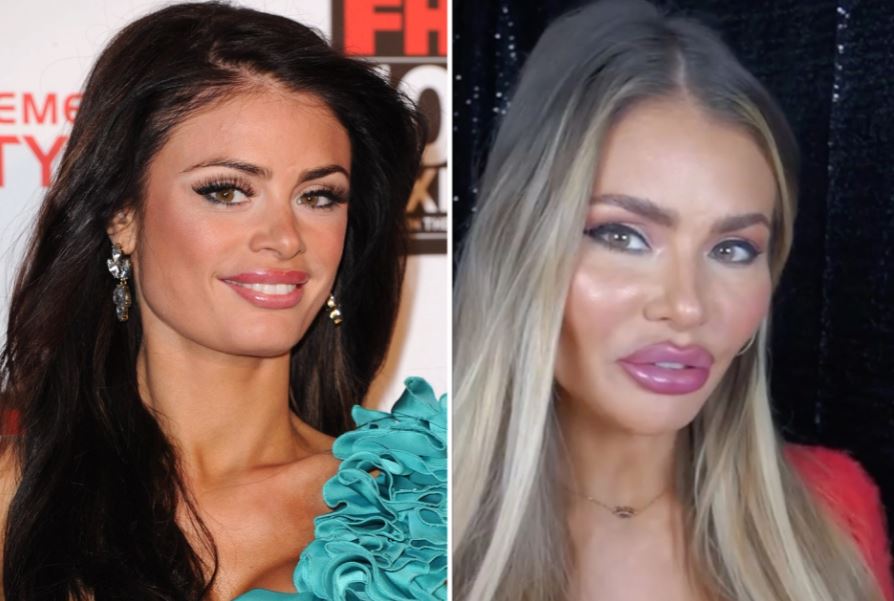 Chloe Sims, 40, has expressed regret over going under the knife – but has continued to have surgeries and procedures.

She admitted having two boob jobs was “a bit of a regret” as they looked like “1990’s perky ones” rather than “natural-looking boobs”.

In 2018, she had her second Brazilian butt lift after previously branding her behind a “flat granny bum”.

The reality star also admitted to having collagen in her lips until she realised she looked “ridiculous” and now has decided to “stick to Botox and fillers” only.

Her recent snaps appear drastically different to how she did when she first appeared on the show. 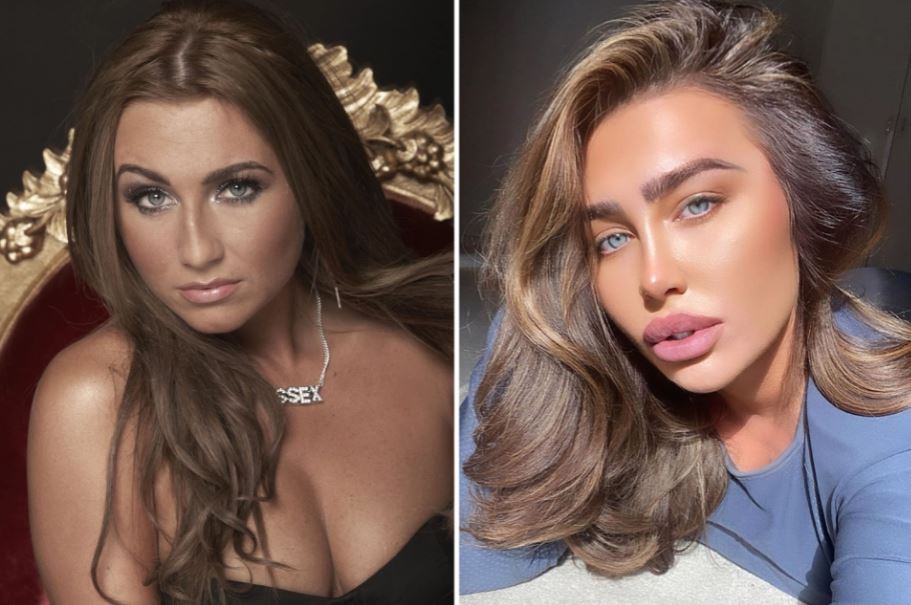 In 2011, Lauren Goodger spent £4,000 to get a new nose after feeling insecure about a "prominent bump" that formed after her nephew hit her with a toy fire engine.

“I do feel prettier and sexier, I can’t wait to go out and show off my new look,” she previously told The Daily Mail.

Not only that she’s had a number of other facial alterations from Botox to injectables in her lips and fillers to create her famously defined jawline.

“It’s just filler, she just injects it into your jaw,” Lauren previously told The Sun.

Last year, in a column for New! magazine, the star, 35, revealed she had her fillers dissolved and felt she looked “a lot classier and less fake”.

Despite fans questioning whether the TOWIE star has gone under the knife, Sam remains adamant that she’s all-natural.

“I honestly have never, ever, had Botox,” Sam told The Mummy Diaries podcast in January.

She insisted the difference in how she looked was to due how “your face changes from being 18 to 28” and added: “No one looks the same!”

The reality star courted similar questions back in 2015 when it was rumoured she had “surgery, fillers and an eye lift”.

On Instagram, she vented: “At fashion week I tried new looks with my make-up & now according to them I have had a face life… It’s hurtful and not true.” 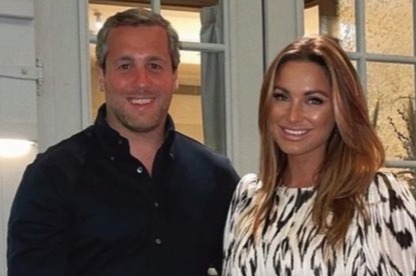