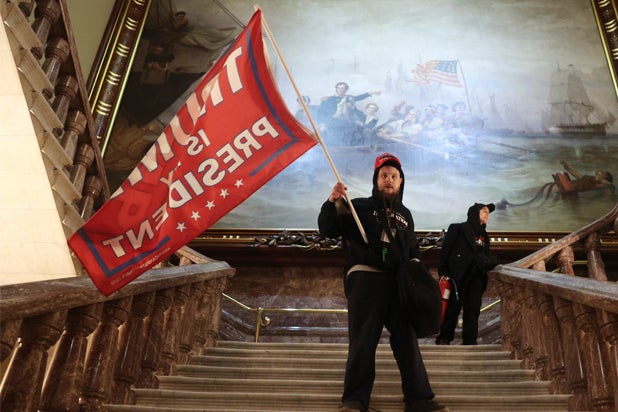 The U.S. Capitol in Washington, D.C. has been locked down after armed pro-Trump rioters swarmed the building in an attempt to overturn the results of the 2020 presidential election.

Photographs and video from reporters and bystanders on the ground and inside the Capitol show rioters overtaking the Senate chamber. Mobs of people were able to push past police and barricades around the perimeter of the Capitol, and some guards were photographed with guns drawn inside the Senate chamber. Video footage taken at the scene also shows rioters clashing with police and breaking glass on doors and windows. 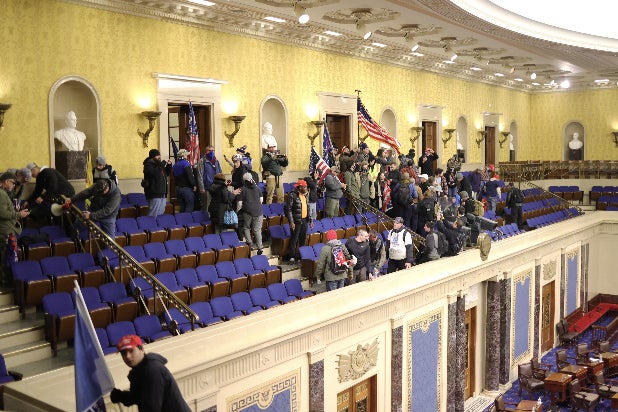 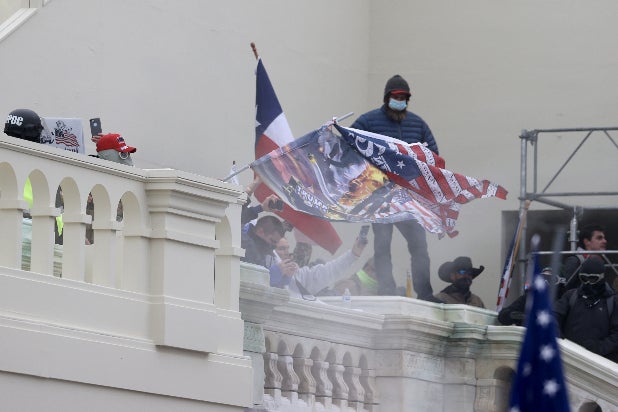 One rioter managed to enter the Senate chamber and get behind the Speaker’s dias, where he yelled, “Trump won that election!”

Video from the scene shows groups of people chanting, “Take the Capitol” and “Stop the steal” — a common phrase employed by Trump supporters who feel that the 2020 election was somehow stolen from Trump by President-elect Joe Biden and Vice President-elect Kamala Harris.

CNN reported Wednesday afternoon that one woman is in critical condition after being shot in the chest on Capitol grounds. The network’s news anchors called the chaos an “insurrection” and described the rioters as “anarchists.” The Virginia National Guard and Troopers are expected to be deployed soon, following authorization from Gov. Ralph Northam.

Below, see more video and photos from the unfolding situation in Washington, D.C. 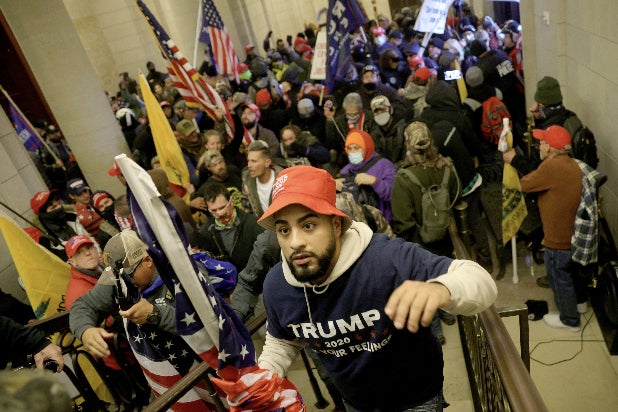