Home » TV & Movies » Charlie Stayt hits out at Labour MP over Manchester lockdown ‘It could be done tomorrow!’

Charlie Stayt, 58, and his BBC Breakfast co-host Naga Mucnhetty, 45, were joined by Labour Party MP Kate Green, 60, as the dispute over whether to put Greater Manchester into tier three of the new lockdown measures continues. Prime Minister Boris Johnson, 55, said on Friday the Government might have to “intervene” if an agreement could not be reached with leaders of the North, who are stating businesses need greater financial help before a deal can be struck. However, when the BBC presenter asked how much money it would take for the local authority leaders to settle, the politician tried to skirt around the issue, leading the journalist to call her out.

Ms Green, MP for Stretford and Urmston in Greater Manchester stated a two-week circuit break lockdown across the whole of the UK would be better than putting regions into different tiers.

Stayt asked about the dispute going on between the Government and Greater Manchester: “We know an agreement was reached in Lancashire and that too was a place where a discussion was held about the funding which could be made available for that area to be able to cope to some degree in going into tier three.

“An agreement was made and an additional sum of money will be given by the Government to try and help.

“Do you have a figure that you, or those people you’ve talked to such as the leaders of Manchester, could say to the Government, ‘You give us this sum of money and we can agree to go into tier three?’”

She replied: “Well, that is the whole point of the negotiations and it’s got to be linked to what is agreed in terms of the different businesses which might have to close. 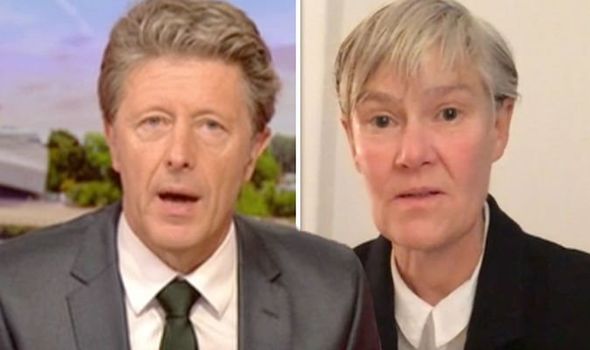 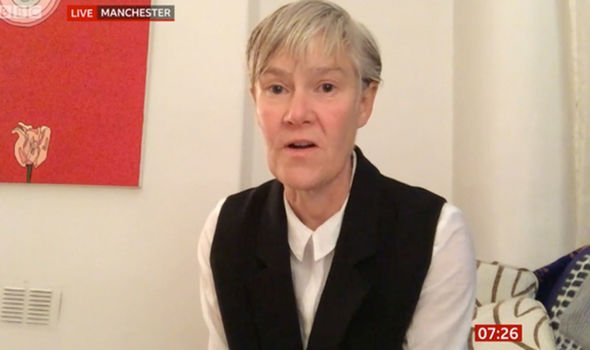 “We would need to negotiate about what exactly it is that needs to close and exactly what funding is needed in that context.

“But it’s very, very important that this is done urgently. I can’t stress enough how desperately dangerous the situation is that’s coming for us and this is going to happen all over the country.

“The best option would be a national circuit breaker – Government scientists recommended this nearly a month ago.

“We could reset the whole situation in this country with a two-week circuit break,” she continued, but Stayt interjected as the MP was skirting the question. 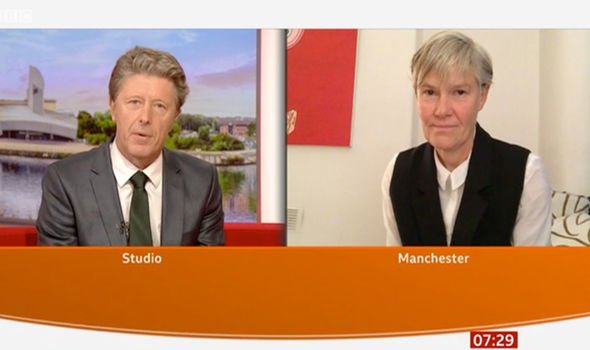 It could be done tomorrow

The presenter asked: “Would it not help the scenario if you did have a calculation? You say the negotiations are urgent and we know that.

“Literally day-by-day there are more cases and there will be more people hospitalised – that we know.

“Would it not be helpful if you had a number and then you could say, ‘Give us that and we agree’. And it could be done tomorrow.”

Ms Green replied as she failed to give a number once more: “These negotiations are taking place between local authority leaders and the Government.

“But I have to say to you Charlie, there are MPs from all parties in Greater Manchester who are extremely concerned what has been brought forward by the Government so far is not sufficient.”

“Conservative MPs as much as Labour MPs are saying if you want to introduce these extra restrictions you will have to add more to the financial support package.

“That is what needs to be discussed and thrashed out immediately because the situation is so desperate,” she concluded, not revealing what figure the leaders of the North West would agree to.

Lancashire is the second region to move into tier three after Liverpool City was placed into the highest category on Wednesday.

London, Essex and York and just some of the regions which moved into tier two from midnight on Saturday.

This means members of the public are no longer able to mix with other households unless it is within the confines of a private garden of large public space.

Whereas in Wales, a decision will be made on Monday as to whether the country will be placed into a full lockdown to try and bring down the rate of infection.

Northern Ireland imposed a nationwide lockdown from midnight on Saturday for four weeks to try and combat the spread of coronavirus.

Professor Chris Whitty, 54, explained earlier this week the tier system in England might not be enough to bring down the number of cases of the virus, with further action on the agenda if the public to comply with the measures.

BBC Breakfast airs weekdays at 6am on BBC One.