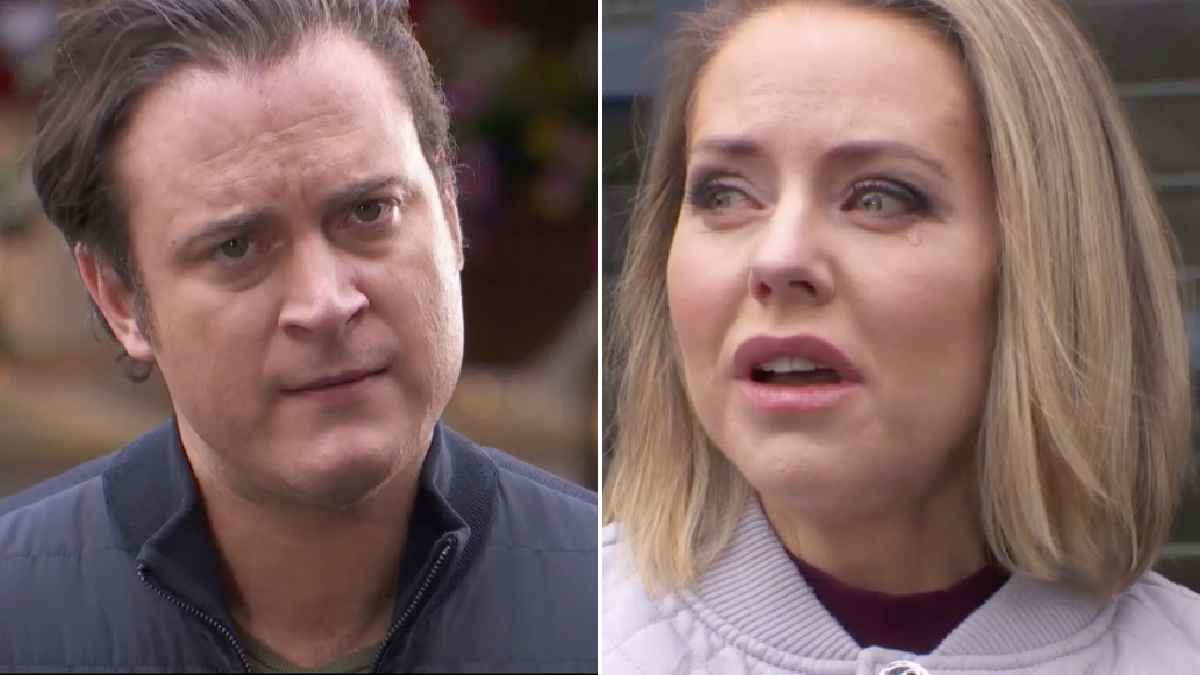 Hollyoaks’ Luke Morgan (Gary Lucy) made it quite clear that he and Cindy Cunningham (Stephanie Waring) are over.

The popular couple were at odds in tonight’s edition of the Channel 4 soap, after Cindy was forced to explain why she paid Ollie (Gabriel Clark) to leave the village.

Viewers will know that Ollie turned up in the village earlier this week, and he revealed that he’d discharged himself from rehab, after girlfriend Evie (Georgia Conlan) was kicked out.

The young lad wanted Georgia to move in with them, but Cindy put her foot down, claiming Luke couldn’t take any more stress in the wake of Sue’s (Marian McLoughlin) diagnosis.

Little did she know, however, that Sue had witnessed her giving Ollie a wad of cash!

Tonight, the matriarch confronted Cindy on the matter, and a heated showdown ensued – one which saw Cindy reveal that Luke is dying too.

Sue was heartbroken in the wake of such a revelation, and headed to track down her son – praying that Cindy’s claims were untrue.

Luke was livid, as he was forced to confirm his dementia diagnosis to his mum, who broke down in tears.

Sue wasted little time in revealing all about Cindy’s secret meeting with Ollie, and ultimately persuaded him that she cannot be trusted.

Is this really the end for Luke and Cindy?