Gary (played by Mikey North) was acting rather shady on tonight’s instalment of Coronation Street as he tried to keep up the pretence he had nothing to do with the factory collapse earlier this year, which claimed the life of fan favourite, Rana Habeeb (Bhavna Limbachia).

Factory boss Carla Connor (Alison King) has been the prime suspect for causing the carnage on the ITV soap, but following her spiralling paranoia, the police have now turned their attention to Nick (Ben Price).

With Nick recently being rumbled for stealing £80,000 from his grandmother Audrey Roberts (Sue Nicholls), it seems like Gary was planting the seeds of doubt in the factory workers minds tonight, as well as seemingly manipulating the fraudsters sister, Sarah Platt (Tina O’Brien).

Sarah confided in her ex-boyfriend about Nick’s dastardly deeds at the beginning of the first episode, later asking him not to tell the knicker stickers, to which Gary assured her: “I’m good at keeping secrets.”

Never realised you thought he did the roof

As whispers began to surface at the makeshift factory about Nick’s shady behaviour, Izzy Armstrong (Cherylee Houston) remarked: “We’re all assuming he did do the roof, but he could come up smelling of roses.”

Using the situation to his advantage, Gary chimed: “Why was that report in his flat, hey? You know, the one that just went missing,” with Sally Metcalfe (Sally Dynevor) adding: “I must admit, something does seem a bit dodgy.”

With the cogs in motion, Gary then spoke with Sarah as she dealt with the implications of Nick’s scheming ways, telling the villain: “I’ll tell you this, if he did cause Rana’s death, then he deserves everything that’s coming to him. I will not be protecting him, even if he is family.”

Gary was taken aback Sarah had some doubt Nick could have caused the carnage, going on to say to his ex: “I never realised you thought he did the roof.”

Sarah told the rogue builder: “The evidence is stacking up against him now, and after what he did to my gran…I just never saw any of this happening at all,” to which Gary remarked: “Well, at least you don’t think it was me anymore.”

The stand-in factory boss continued: “Well, that would’ve been a lot more believable than my own brother. I’m glad I was wrong. I’m just never going to be able to trust him again if he is guilty.” 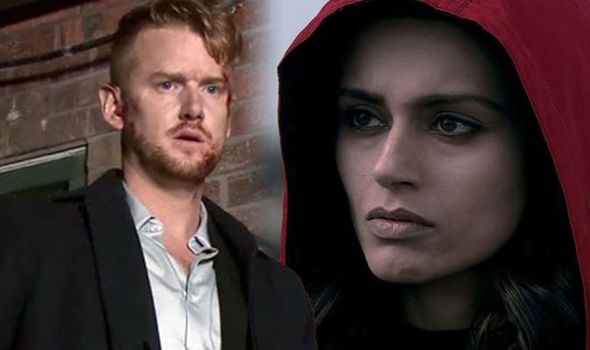 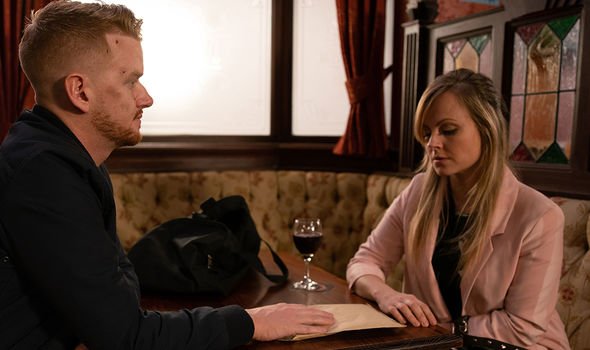 Later on, Gary handed Sarah a wad of cash after she had faced a backlash from the factory workers who were hounding her about whether they would be paid for their work.

Gary had managed to come up with the money after visiting the customers of loan shark Rick Neelan (Greg Wood) and giving them their passports back for a price.

Sarah was initially reluctant to take the money when she realised the means Gary had gone to in getting the money, to which the super villain remarked: “Sometimes in life, you’ve just got to do things to get by.”

Towards the end of the episode, the former lovers shared a peck as Sarah thanked Gary for his help, with the builder believing his ex is beginning to warm to him.

However, soap spoilers for the weeks ahead have hinted Sarah will begin a romance with hot shot lawyer Adam Barlow (Sam Robertson), putting Gary’s nose out of place. 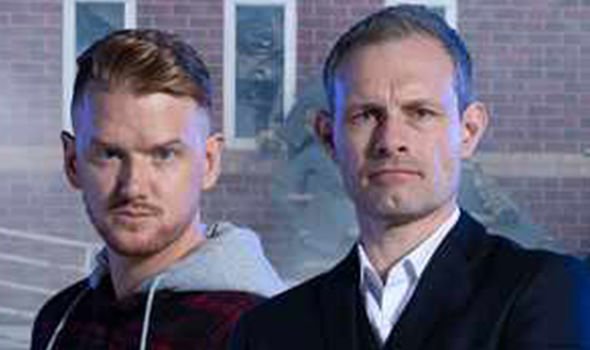 Therefore, could it be Gary will pin the blame of the factory collapse on Nick to get back at Sarah for seemingly leading him on?

Sarah could change her mind about Nick and decide to stand by him in the wake of his schemes, so the blame of the factory collapse falling on her brother’s shoulders could leave the factory worker distraught.

Viewers will have to wait and see if Gary starts concocting more sinister plans, but actor Mikey North, 32, has recently spoken out about the revelation his character is the new super villain to grace the cobbles of Weatherfield.

The actor said: “It’s been hard keeping it under wraps for so long, it’s been helpful that Gary’s been off the radar really, you never really thought that he was the number one suspect.”

Could loan shark Rick be the next victim on Gary’s hit list as the villain continues to wreck havoc on the soap?