BBC Breakfast presenter Dan Walker and Good Morning Britain’s Piers Morgan are known for their long-running supposed rivalry as the pair are often seen calling each other out via their Twitter accounts. But today, Dan divulged the truth on Graham Norton’s mid-morning Radio 2 show about the reality of his relationship with Piers which he dubbed “fake panto rivalry” and revealed he had previously attended the ITV host’s 50th birthday party.

After being plagued with some technical issues, the star managed to get through via a phone call.

“I was thinking this is going to sound amazing, he’s in a TV studio this will be great – but no,” joked Graham.

“Sorry, at least there’s no delay on the line I know you had a few issues with Gal Gadot (actress) on your TV show last night but I can hear you perfectly,” clarified the guest. 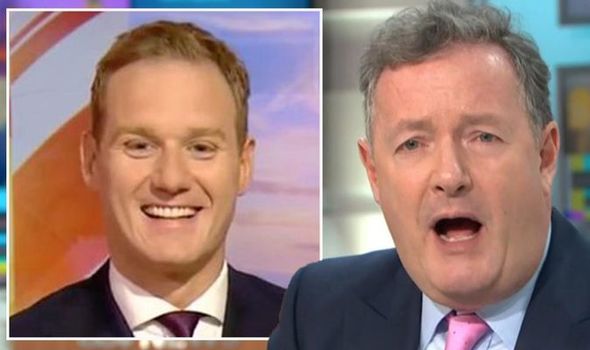 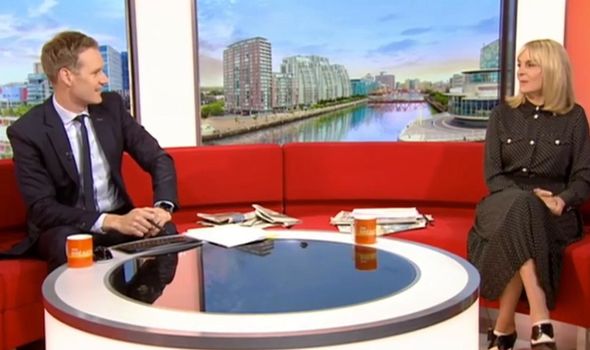 The star went on to speak about his book named Remarkable People which he released last month.

The title features stories from some incredible people he had met in recent years which he went into more detail about with the Radio 2 host.

Graham asked Dan a few questions sent in from his listeners at the end of his interview with Dan this morning.

And the radio host couldn’t resist asking about his supposed feud with TV rival Piers. 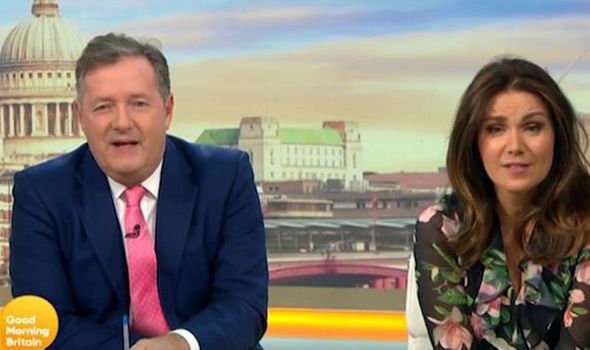 Graham said: “Last one, Liam in St Albans wants to know, have you met Piers Morgan and is your breakfast TV rivalry genuine?”

And Dan joked he didn’t know who Graham was talking about, jibing: “Sorry, who’s that?”

“You chance them every day, don’t you?” Graham acknowledged.

Dan soon set the record straight on his relationship with Piers: “Listen, I actually went to Piers’ 50th birthday party.

“So, the sort of fake panto rivalry he likes to generate is not quite near the truth.

“I think under all that froth and bile there’s a nice person fighting to get out most of the time,” he confessed.

The pair have long been feuding online as they remain hosts of the BBC and ITV breakfast shows.

For example, last month, Dan mocked Piers after he boasted about GMB’s high ratings amid the US presidential election coverage.

Dan tweeted him a hilarious response, where he noted: “Well done… but we weren’t actually on yesterday.”

BBC Breakfast airs daily from 6am on BBC One.