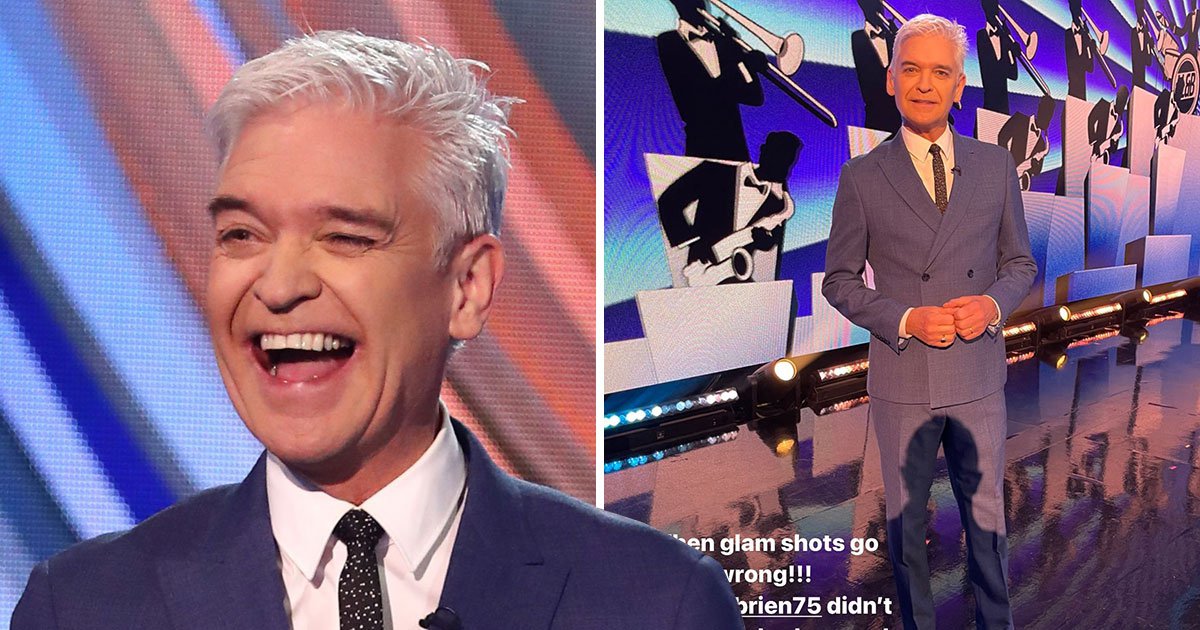 Dancing on Ice host Phillip Schofield was left a tad embarrassed after a shadow on his trousers made it looked like he had wet himself.

The 58-year-old shared the hilarious snap of himself backstage all dressed up in his blue suit ahead of last night’s show.

However, after the photo was taken he noticed that a shadow on his trousers gave the illusion of a very unfortunate stain.

‘When glam shots go wrong,’ he captioned the picture on his Instagram story.

‘@DavidOBrien75 didn’t realise his shadow made me look like I’d pee’d me troos!’

Last night’s Dancing on Ice was an eventful one after comedian Matt Richardson was eliminated from the show after landing in the bottom two with Colin Jackson.

Unhappy viewers also took to Twitter to share their disappointment, with many of them branding the judges’ decision to vote Matt out of the competition ‘unfair’.

The TV presenter’s time on the programme was extremely brief, as he was brought in just this week as a stand-in for Rufus Hound.

Although Matt only joined the line-up this week, he has been in training since October, on the off chance that he was called in to replace one of the contestants.

‘I’m quite relieved. This is the most horrifying, terrifying and fear-inducing thing I’ve ever done, so I don’t know if I could have done it for another week,’ Matt told Holly Willoughby and Phillip after he was voted off.

‘The whole experience has been amazing,’ he added. ‘Vicky’s been phenomenal.’

Dancing On Ice returns next Sunday at 6pm on ITV.

For someone who follows the awards season with a close, particular eye, you read the tea leaves of a cinematic year based on precedent. What have the Oscars done in their history that warrants such a prediction or outcome? Statistics are heavily…