Los Angeles Fire Department closed the site for about an hour at 2 p.m. out of precaution 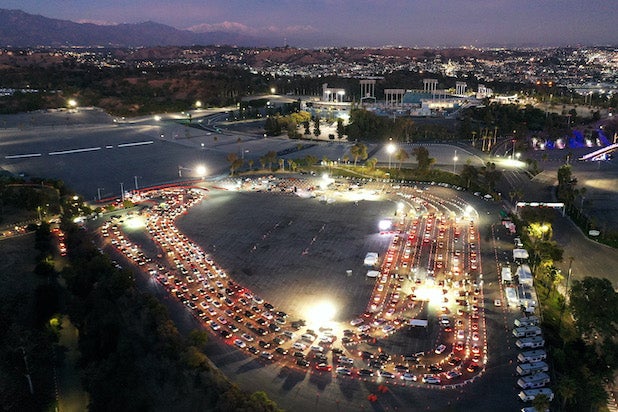 Dodger Stadium’s vaccination site, one of the largest vaccination sites in the country, was shut down on Saturday at 2 p.m. as anti-vaccine protestors gathered at the entrance to the ballpark.

The Los Angeles Times reported that police arrived to shut the gates and the Los Angeles Fire Department closed down the site briefly as a precaution, stalling hundreds of vehicles waiting in line to get vaccinated. The line was reopened again around 3 p.m. No violence was reported.

Demonstrators included members of far-right and anti-vaccine groups, who were seen holding signs and shouting at passengers in vehicles not to get the shot. The Times also noted that a social media post described the protest as a “SCAMDEMIC PROTEST/MARCH.” The post also instructed demonstrators to not wear Trump or MAGA attire “as we want our statement to resonate with the sheeple. No flags but informational signs only.”

One witness who spoke with the LA Times said that as he waited about an hour in line at Dodger Stadium, the demonstrators were shouting to tell people the coronavirus is not real and that the vaccine was dangerous.

Author Mikel Jollett was in line at the time the vaccination site gates were shut, and he witnessed approximately 30 protestors carrying signs, including some that read “99.96% survival rate,” and “I only like muzzles in the bedroom.”

Another video shared to Twitter from Dodger Stadium showed a protestor shouting that people were “submitting to be a lab rat” by getting the vaccine.

See some of the tweets from earlier Saturday below: