Jack Webb’s portrayal of Sergeant Joe Friday on the classic TV police show Dragnet was stoic and cool, not too far off from Webb himself, according to renowned actor Harry Morgan. 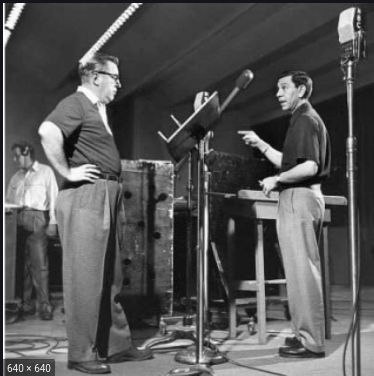 Named after “the systematic search for criminals or criminal activity,” the Dragnet radio show aired from 1949 until 1957, lasting until a good few years past television’s arrival. The Dragnet TV show ran from 1952 to 1959.

The radio show was carefully worded and structured by Webb, who died in 1982. Webb could each time be counted on to say, “My name’s Friday.” As well, each episode opened with, “Ladies and gentlemen, the story you are about to hear is true. The names have been changed to protect the innocent.” Sound familiar?

Webb’s in-depth research and dedication to detail was evident. The actor was even known to ride along with police officers to get a complete picture of their work. His vision continues to influence cop-and-court shows even today.

Structure was the name of Webb’s radio and TV game

Just before the audio drama was to start, a solemn-voiced speaker would each time announce: “Dragnet, the documented drama of an actual crime. For the next 30 minutes, in cooperation with the Los Angeles Police Department, you will travel step by step on the side of the law to an actual case transcribed from official police files. From beginning to end, from crime to punishment, Dragnet is the story of your police force in action.”

It was all about following that reliable structure on each show for Webb. This work ethic would continue into the Dragnet TV show, as Morgan’s M*A*S*H co-star Alan Alda explained.

In a 2000 interview with the Archive of American Television Alan Alda, who worked with Morgan on the military comedy M*A*S*H, shared a funny anecdote of his co-star’s about Webb’s workplace rigidity.

“Harry who just loves to be impish, would hold it down because Jack Webb was all business,” Alda recalled. “[Webb] would get a show shot in a half a day or something. He shot them very fast.

“So Harry made a joke at 9 o’clock in the morning one day, he said, and then around 5 o’clock the same day he made another joke,” Alda, laughing, recalled Morgan saying. “And Jack Webb said, ‘Well, if you’re going to keep fooling around like this!’ When you shoot those shows really fast, you’re all business, you know?

“Harry, I don’t know how he survived in that situation, because he’s just bursting to be funny,” Alda concluded.