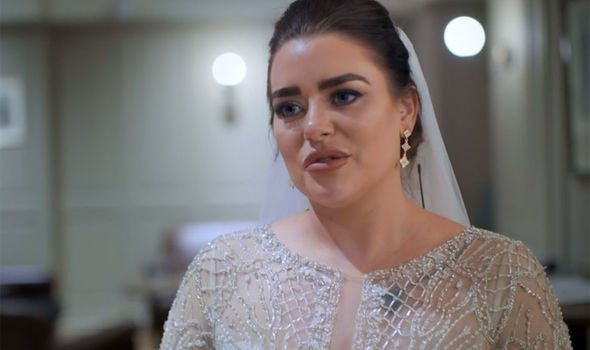 Married At First Sight UK fans were the latest viewers to have their favourite show affected as Channel 4 and its related channels continue to suffer a series of technical glitches.

The E4 show was due to air its final episode tonight, as the season comes to a dramatic close at last.

However, as fans tuned in to see which couples would ultimately end up staying together, or going their separate ways, there was one glaring problem.

A number of viewers took to Twitter after noticing the broadcaster was playing a repeat of Wednesday night’s penultimate instalment, instead of the scheduled finale episode.

After viewers brought the attention to E4, the channel’s official Twitter account soon apologised to those watching at home.

A tweet read: ‘We’re aware it’s yesterday’s episode of #MAFSUK playing out this evening and apologise.

‘It’s all down to our ongoing tech issues which we’re working hard on. We’ll update here as soon as we know more and when you’ll be able to see the final episode of MAFS UK.’

One fan pointed out: ‘@E4Tweets you’ve put the wrong episode of married at first sight UK on!!!! You’ve put last night’s episode on again instead of the final!!!’

Red Bee Media, which handles playout services for Channel 4 and Channel 5, said the disruption was due to an ‘activation of the fire suppression systems’ on Saturday evening.

A spokesperson said: ‘We confirm that all staff at our Broadcast Centre in west London were safely evacuated following activation of the fire suppression systems.

‘As a result of this incident and the automatic safety measures set in motion at the time, several services originating from the Broadcast Centre have been disrupted.

‘London Fire Brigade attended the scene, and once they had determined that the building is safe, people were allowed to return to the building.

‘We are continuing to work to restore all services and remedy any issues caused by this incident.’

The show’s official Twitter account later confirmed the episode wouldn’t be airing tonight, promising they would update fans as to when they could watch online as soon as possible.

To confirm, #MAFSUK and Afters wonât be playing tonight. Weâre sorry again â weâre working to make it available on All 4 and E4 as soon as possible and weâll update as soon as we know more.