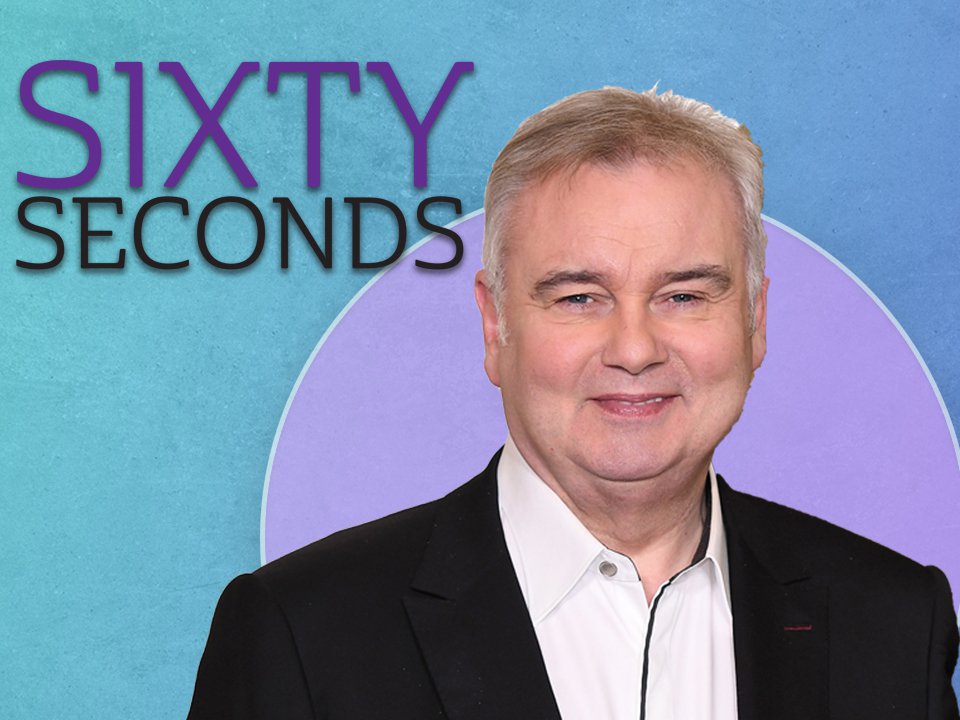 The TV presenter, 61, on living with chronic pain after slipping discs in his back, why adopting dogs is best and how the pandemic has changed him.

So you and your wife, Ruth Langsford, are on Celebrity Gogglebox…

It’s an interesting experience because we never watch TV together. That’s not my doing — it’s Ruth’s. Ruth likes to have a G&T and watch her soaps, which she knows I wouldn’t be interested in, and she cannot take any interruptions.

So she’ll be concentrating and I’ll say, ‘I bet he did it!’ or ‘Is she married to his brother?’ and Ruth can’t have any questioning so, in the politest but most strong tone, she tells me I have to watch TV in the other room.

She also accuses me of liking black-and-white wartime documentaries.

She has a point. We have different tastes and the nice thing about Celebrity Gogglebox is that we have to watch the programmes together for a change.

Did you watch Line Of Duty together?

Line Of Duty fascinates me and Ruth but I keep stopping and saying, ‘That’s the newsagents around the corner from where my mum lives!’

I know every street because they film it in Belfast and it includes all the places I grew up in. I’ll be on the phone to my friends, saying, ‘That robbery at the bookmakers — that’s the dry cleaners around the corner from you.’

Do you forget about the cameras in Gogglebox?

They have a number of hidden cameras and you know that you have to comment on the programme you’re watching.

Ruth is obsessed that I’ve eaten too many crisps on camera or too many Maltesers and there’s a remote-control voice that speaks to you because they can’t come into the house because of Covid, so they press a button to speak, and Ruth says, ‘We’ve had enough crisps — can we take them away now, please?’

Last season, you had a row over an edit and Gogglebox’s producers apologised to you…

It was a gross misrepresentation of my reaction to the TV programme Hospital. I was very emotional listening to the young boy saving his father, in the same circumstances in which my father died.

He was able to see his father come round but they edited it to me telling Ruth a joke so the first phone call I had was from my mother, saying, ‘Why did you not mention your daddy?’ It was a bad edit, I got an apology and they re-edited it but we’re back now.

And you’re about to become a grandfather…

Yes, next month. I never thought I wanted to be a grandparent but when I heard the news, the realisation my baby was having a baby was such a joyous emotion and it meant a lot to my son, Declan, and Jenny, his wife, and therefore it meant a lot to me too.

How is your chronic pain? How did it start?

It’s quite depressing because every day you get up and hope you’ve done better and you have treatment and it still hurts like hell!

People say, ‘How did it happen?’ but I have no idea why in such a short space of time you go from being healthy to being told your nerves are dead in your leg because of your back and it might take a year before there’s improvement, and you’ve no choice but to do the exercises otherwise you’ll be sitting in a wheelchair.

I took my health for granted — it’s what you do. Millions of people are suffering far worse pain than me. I started tweeting about chronic pain and the response was huge.

I heard from so many people who had a car accident or have fallen down the stairs and have no hope of treatment.

Their pain is for the rest of their lives. I feel for them. For me, I’m in a race against time to strengthen my back before my steroid injections — which do ease the pain — run out.

Your dog has appeared in one of your physio clips…

That’s Maggie. We got her 12 years ago from Dogs Trust and she was probably about six months old when we adopted her. She’s a mongrel and a lovely little twist of everything, with a face like Basil Brush.

I had her DNA done and it came back 70% border collie, then Welsh heeler and a large chunk of sausage dog. The idea that someone would have turfed Maggie out or been unkind to her is almost too much to bear.

Ruth and I are patrons of Dogs Trust. Why would anyone buy a dog when they can adopt?

Has the pandemic changed you?

Time has become a bit more precious. But I really think you have to do the ‘life is for living’ thing. You want to do more of the things you haven’t done, or spend more time on things you enjoy or with people you want to be with.

You and Ruth are going to be back on This Morning…

We are! From July 12 for seven weeks and we’re really looking forward to it.

How to get your Metro newspaper fix

Metro newspaper is still available for you to pick up every weekday morning or you can download our app for all your favourite news, features, puzzles… and the exclusive evening edition!