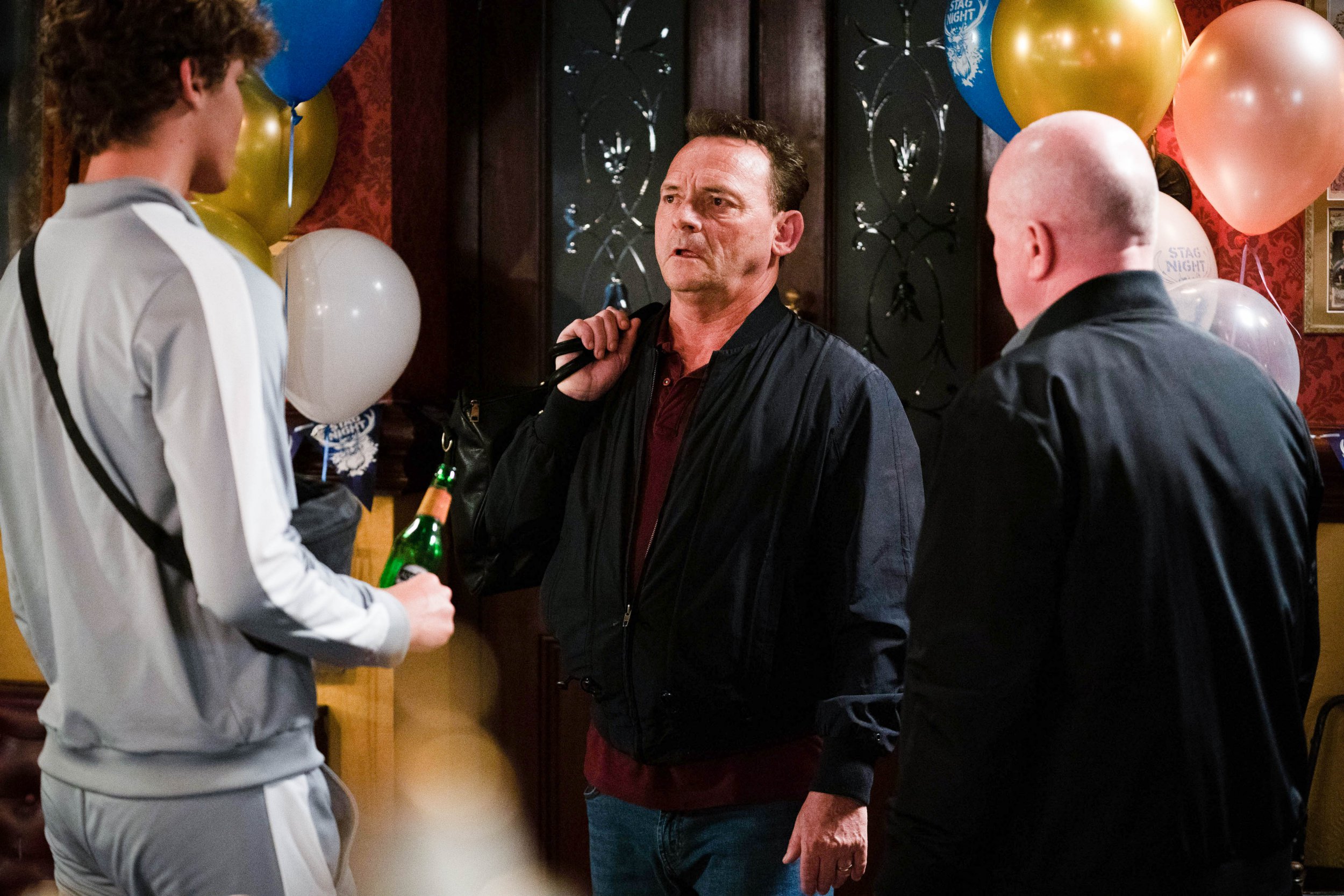 Billy Mitchell (Perry Fenwick) is in serious danger of losing everything, not least of all his freedom – although he doesn’t know it yet.

The EastEnders local is the intended target of vengeful DCI Keeble (Alison Newman), who wants him to pay for sourcing the gun which killed her father.

A flashback to the late 70s confirmed that Peggy’s violent husband Eric shot Keeble’s dad, working as a security guard, during a family robbery.

Now, in return for getting Phil (Steve McFadden) out of prison, Keeble has insisted that he give her the dirt she needs to have Billy locked up.

Phil has given her a statement that she needs, though has vowed to Kat Slater (Jessie Wallace) that he will withdraw it before anything serious happens to Billy, he is just waiting for a way to bring down Keeble.

In scenes set to air tomorrow (Wednesday September 7), Phil will attempt to get Billy away from Albert Square.

In a desperate attempt to shield him from Keeble, Phil tries to persuade Billy to miss the wedding and claims he needs him to sort a property deal in Portugal.

Will Phil tell Billy the truth about Keeble’s vendetta against the family, and will Billy go through with Phil’s plan?

It remains to be seen whether Billy will flee Walford for good, but either way, his time seems to be numbered.

It comes after a dramatic day for the character, who was stunned to be reunited with Little Mo’s son Freddie (Bobby Brazier).

Freddie reckons that Billy is his dad and Billy is torn over what to do for the best.

‘[Working with Perry] was a big moment for me. Probably my biggest personal moment so far,’ he told Metro.co.uk.

I had an emotional scene where I was coming into the cafe it was like “I don’t want any bullshit no more. Stop lying to me.” There was grief and anger and just a lot of emotion and Freddie was overwhelmed with emotion.

‘I feel like I smashed it a bit. I was overwhelmed with emotion to the point I’m shaking. I can’t describe it but I was acting, you know.

And I went off after the scene finish and went round the corner so everyone else could finish the scene, and as soon as they were done Emma [Barton, who plays Honey] and Perry literally got up and come round the corner and gave me a kiss and a cuddle.

EastEnders continues on Wednesday September 9 at 7:30pm on BBC One and iPlayer.