It comes after Halfway (played by Tony Clay) and Ben (Max Bowden) shared a kiss in the previous EastEnders episode before one thing led to another.

Tonight on the BBC soap, Whitney (Shona McGarty) thought Halfway was preparing to break up with her but he was in fact ready to get down on one knee.

The newly engaged couple headed to the Vic for a drink, but kept their good news under wraps at first at Halfway’s insistence.

Ben was at the pub too and wasted no time in going to talk to Halfway when he headed to the bathroom.

Once again Halfway wasn’t willing to open up about his feelings as Ben teased him over their tryst.

“Your missus looks happy,” Ben noted. “I wonder what got you going enough to put a spring in her step.”

Halfway quickly replied: “Let’s get this straight, it ain’t got nothing to do with you.”

“Unfortunate turn of phrase. don’t be embarrassed. You always remember your first don’t you? I certainly do,” Ben continued.

He added: “I’m proud to be part of the journey on your big gay adventure. I’d ditch the girlfriend though. 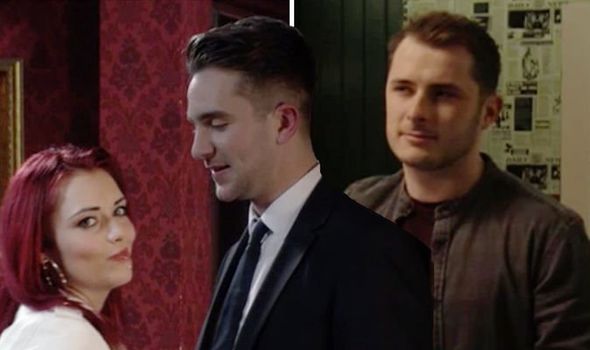 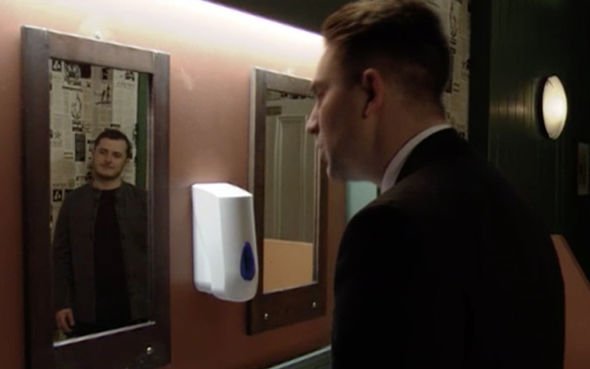 “It ain’t my scene, now move,” Halfway demanded before making his way out of the toilets.

Following his confrontation with Ben, Halfway appeared to have a change of heart about announcing his and Whitney’s engagement.

He made it known to the Carters that Whitney was his fiancée and they cheered at the good news.

Meanwhile, Ben sat at the bar staring down toward Halfway with a contemplative look on his face.

Could he be the one to tell Whitney what’s been going on?

Halfway clearly acted on impulse by proposing to Whitney as he continues to try and deny his feelings so it could all catch up with him. 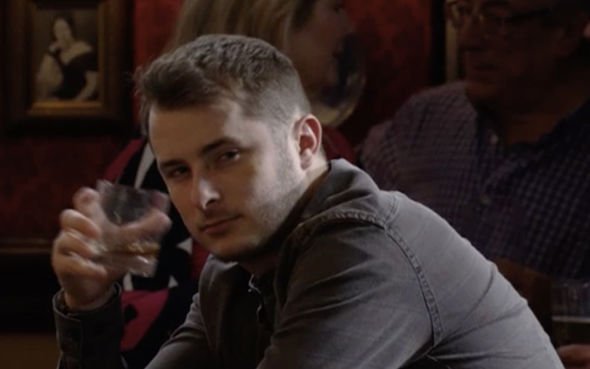 However, with things getting more serious for Whitney and Halfway, the truth could hurt her even more when it comes out.

The summer trailer for the BBC soap has suggested that Whitney will remain blissfully unaware for the time being as the preview showed her going dress shopping for the big day.

Will they manage to make it down the aisle? Or will it be a dramatic wedding day reveal?

Viewers will have to wait and see what unfolds.

EastEnders continues tomorrow at 7.30pm on BBC One.