As fans of the BBC soap will know, Kat (played by Jessie Wallace) has struck up a relationship with Kush (Davood Ghadami).

Kush is the father of Stacey’s (Lacey Turner) young son Arthur, and he recently decided he wanted to take on more of an active role in his child’s life.

Kat believed she had successfully stopped Kush from going down that path which would cause an almighty amount of friction, but things are set to take a turn on EastEnders.

In an upcoming episode of EastEnders, in order to defuse tensions between Kush and Stacey’s husband Martin Fowler (James Bye), Kat wants to bring the foursome together for a meal.

Kat gets Stacey’s help with the arrangements and it looks as though everything is going to plan.

However, peace doesn’t last long as Kat accidentally reveals Kush’s intentions with getting custody of Arthur.

Naturally, Stacey is absolutely furious and kicks off as she goes round to confront Kush.

All four of them are involved in the row and Stacey feels betrayed by Kat.

Stacey tells her she’s no longer part of the family, which is bound to seriously hurt.

But will Kat have to pick between her family and Kush, or can they sort it out? 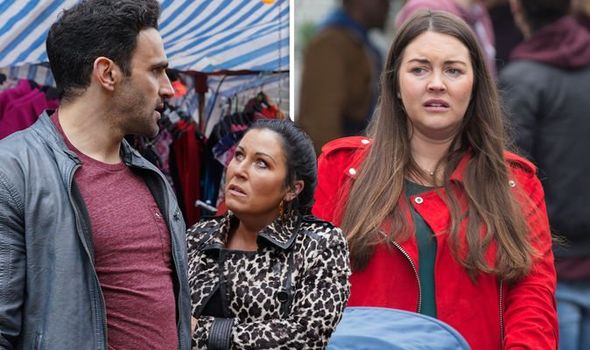 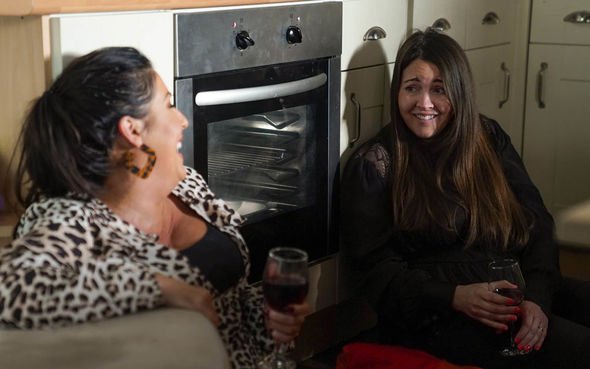 Elsewhere in Walford, there has been a lot of upheaval for the Taylor/Baker family in the wake of Dinah Wilson’s (Anjela Lauren Smith) death.

Today, Karen Taylor star Lorraine Stanley appeared on ITV’s Lorraine where she spoke about the storyline with host Carol Vorderman.

The actress spoke out on her character’s relationship with Mitch Baker (Roger Griffiths) in the aftermath of the tragedy.

Mitch was upset to find out Karen had not told him that Dinah had brought up the prospect of taking her own life.

Karen did try to help Dinah by trying to get her focus on the future but it didn’t work and the unwell woman sadly took her own life. 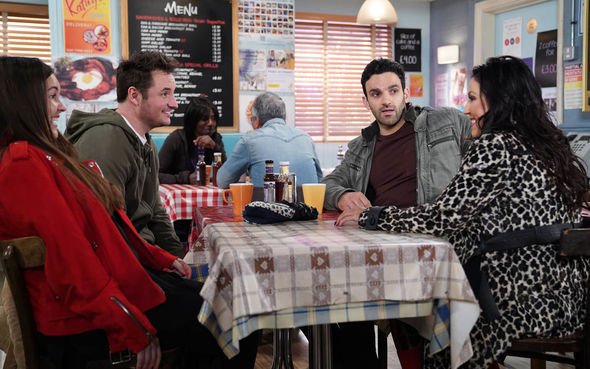 Meanwhile, Dinah and Mitch’s daughter, Bailey (Kara-Leah Fernandes) was of course devastated by the loss of her mother.

Lorraine said: “Well it’s really difficult because obviously Mitch thought she should have spoken out and told Mitch about the whole scenario but she felt like she didn’t do anything wrong so there’s going to be a lot of tension between her and Mitch.

“And Bailey also moving in with them is going to be difficult because I’m not her real mum and it’s difficult for a child.”

EastEnders continues tomorrow at 7.30pm on BBC One.

For confidential support call Samaritans in the UK on 116 123 or visit www.samaritans.org to find details of your local Samaritans branch.