EastEnders: Chelsea and Kim Fox get revenge on Dwayne

Tiffany (played by Maisie Smith) got her hands on some diet pills to sell as part of her beauty business, and, being the only person Bernie (Clair Norris) could confide in about the surrogacy, she ended up giving her diet pills so she could lose weight fast and be chosen to carry Rainie (Tanya Franks) and Stuart Highway’s (Ricky Champ) baby. But it’s clear the EastEnders youngster is now in trouble, wanting more and more of the pills despite having been through the insemination process. Thursday’s double-instalment of the BBC soap saw Tiffany very reluctantly agree to get her hands on some more, but could this land her in big trouble?

In Thursday’s episode, Bernie was finally able to go through with the insemination process.

But afterwards, she asked Tiff for more diet pills. At first, the latter strongly refused.

“You might as well order me some more,” Bernie suggested.

Tiffany was horrified and replied: “More? Bernie, you’ve just had the insemination.” 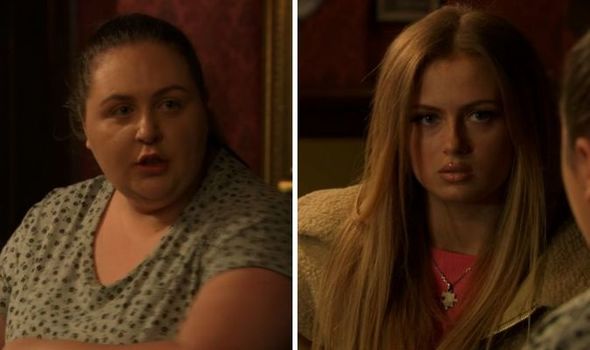 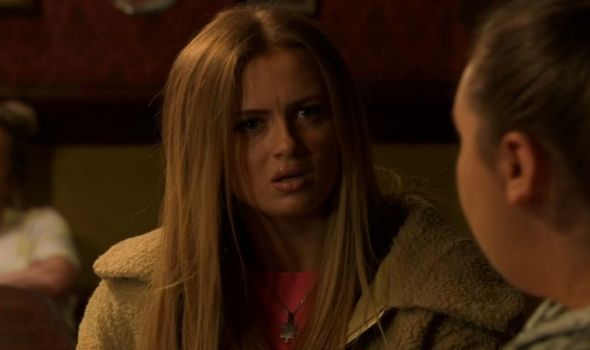 “We don’t know if it’s worked yet, do we?” Bernie said. “And the miscarriage could have been down to my weight so I need to keep losing it.”

“It’s too risky,” a concerned Tiffany warned, but Bernie guilt-tripped her into agreeing.

“I need to do everything I can to get pregnant and stay pregnant, I need them Tiff,” she snapped.

After Bernie begged her and asked: “Are we even mates anymore?” Tiffany agreed. 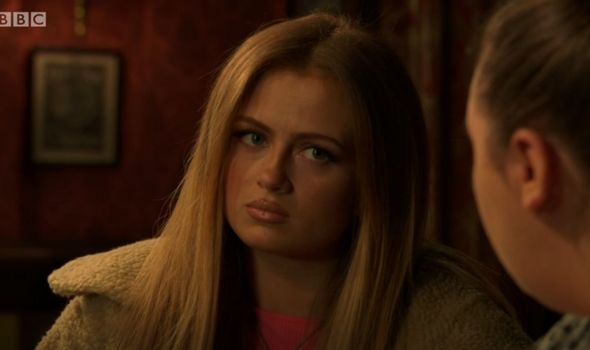 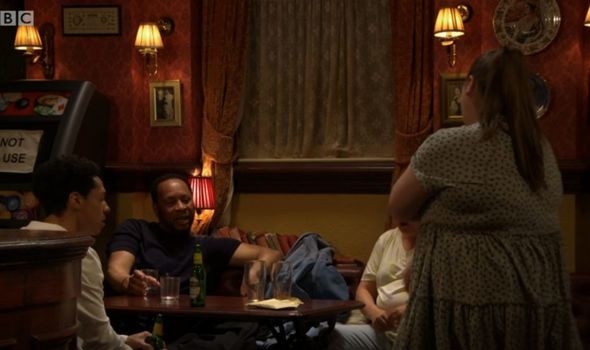 Viewers have been stunned to see the storyline unfold, which is bound to ned badly.

Some fans quickly took to Twitter to express their concern for the character.

One said: “Bernie is bang out of order emotionally blackmailing Tiff about their friendship for them pills! Tiff already sorted the money situation, this is going to end bad. #EastEnders.”

Another wrote: “Can’t believe Bernie give Tiffany money to get her more diet pills #EastEnders.” (sic)

“You’re crossing a big line here Bernie. Not only with those pills but also with Tiffany. Questioning her friendship when she just got you the rest of that money. Wrong, just wrong. #EastEnders,” a third added.

The diet pills are illegal, so if anything goes wrong and Bernie is found out, Tiffany is likely to end up in big trouble.

She could even face prosecution for supplying the pills, especially if they do end up posing a danger to Bernie or the baby.

With Tiffany actress Masie rumoured to be leaving the soap, could this decision, swayed by Bernie, be what sees her leaving the Square for good?

Maisie has played the character for 14 years, but it was reported earlier in 2021 she is quitting the soap following her Strictly Come Dancing stint to pursue a Hollywood ambition.

With EastEnders bosses probably not wanting to write the character out permanently, it’s possible Tiff will face some time behind bars.

If Bernie has a bad reaction to the pills, or it is somehow found out that she is on them during a check-up appointment for the baby she may be carrying, professionals would definitely be after the person who provided her with the dangerous medication.

Will Tiffany end up in prison over the mistake?

EastEnders continues on Monday at 8pm on BBC One.