ED Sheeran and Taylor Swift are at the very top of their game – so there’s no better time for them to team up for another collaboration.

The pair are believed to be aiming for the top of the charts to kick off 2022. 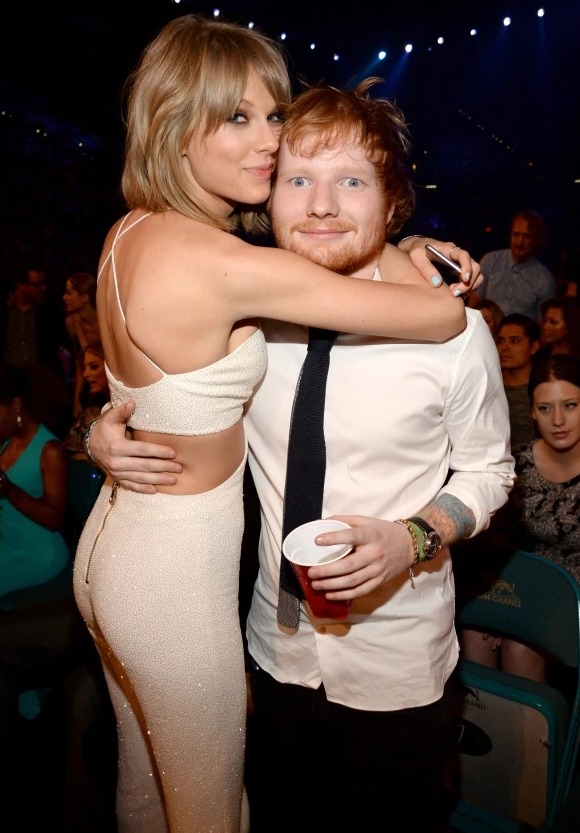 They’ve dropped a series of clues hinting they will release a duet of Ed’s next single, The Joker And The Queen.

The megastars have been pals for the best part of a decade. Taylor usually drops a load of Easter eggs — slang for sneaky clues — to hint what she will do next, and it seems she has taught Ed her ways.

In the video for Overpass Graffiti, the previous single from Equals, Ed wore a biker jacket with a joker and a queen on the back.

It featured a patch with Taylor’s name above the queen. At another point in the clip, there is a newspaper front page that has her name in the story along with Elton John , who he also recently collaborated with.

In a second news article in the video — which is a bit like fiction becoming fact given that I’m now reporting on it — a headline reads: “Sheerio sleuths seeing the signs everywhere.”

Earlier this week, Ed said of The Joker And The Queen: “That is my next single, I’m super excited about it.

“I’ve done a collaboration for it that will come out in the New Year with someone I just love.”

Kate Garraway's heartbreaking update on Derek Draper ahead of Christmas

Boris will NOT announce any lockdown restrictions before Christmas

Taylor’s last eight albums have topped the charts, while Ed has been flying high with the success of his latest record Equals, which the original solo version of the song appears on.

In 2012 they reached No7 with Everything Has Changed, although their other collaborations End Game and Run were never released as singles.

Teaming up again for this one feels like the perfect solution to send them both back to No1.

And if it comes out in the next few weeks, I will be keeping my fingers crossed that we get a superstar stage performance of it at the Grammys or the Brit Awards, too.

It wouldn’t be his only major collaboration next year.

As I told yesterday, he also has a tune lined up with Camila Cabello.

Asked about the singer, Ed, whose song Shape Of You yesterday became the first track ever to reach 3billion streams on Spotify, said: “We have done a song together that is going to come out next year.”

It is certainly going to be an- other busy 12 months for him.

LADBABY was last night on course to set a new record by becoming the first act to score four consecutive Christmas No1 singles. 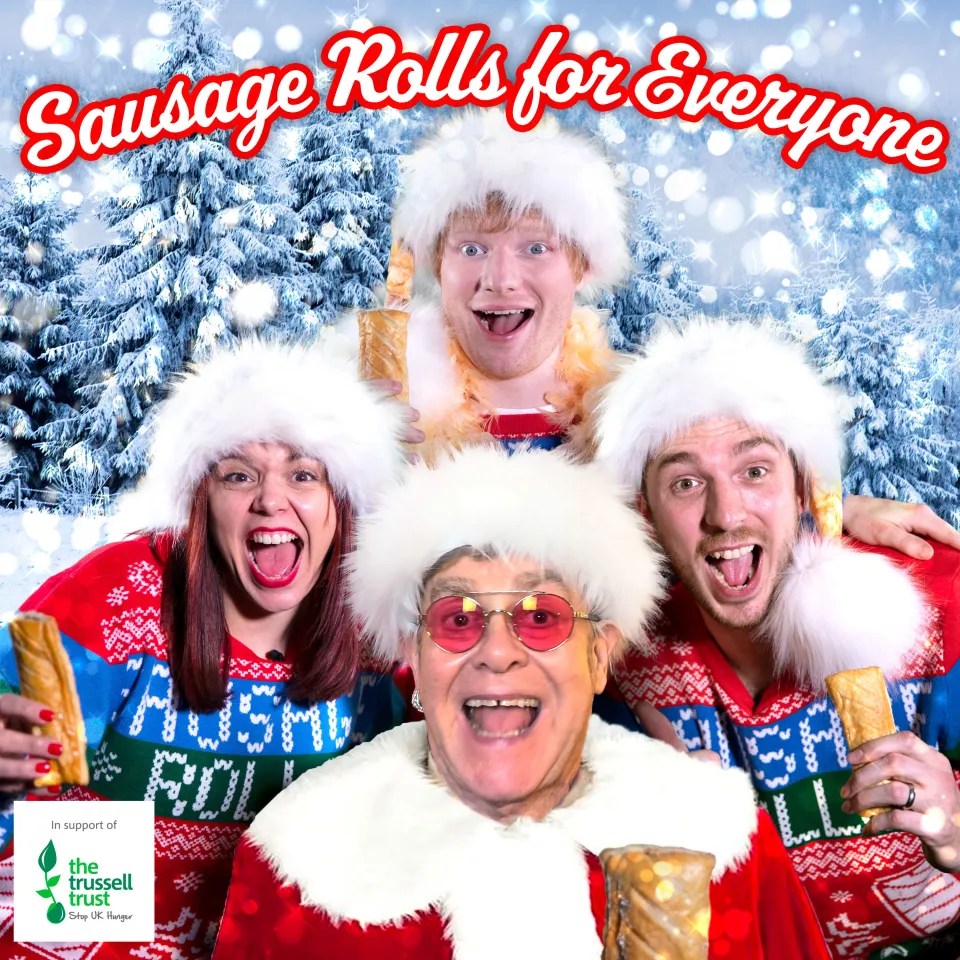 But it was also good news for Elton John and Ed Sheeran, who are securing yet another top spot after featuring on the tune in aid of foodbank charity The Trussell Trust.

The song, Sausage Rolls For Everyone, right, is a parody of Ed and Elton’s track Merry Christmas, which was on course for No2.

Bookies were so certain last night that dad vlogger LadBaby would secure the top spot today that there were extra-long odds of 1-16 being offered by Coral.

The track has been at No1 on the iTunes download chart all week, while a second version with the Foodbank Choir has also helped rake in sales.

While it is all for a brilliant cause, I hope this means someone else can have a go next year.

It becomes a bit boring when it is the same person with a parody every Christmas.

Much like when we were all tired of The X Factor winners’ singles always going to No1 every December, my wish is that someone else can trump LadBaby with something we might actually want to listen to in 2022.

SLADE’s 1973 No1 song Merry Xmas Everybody made sure of their place in the history books. 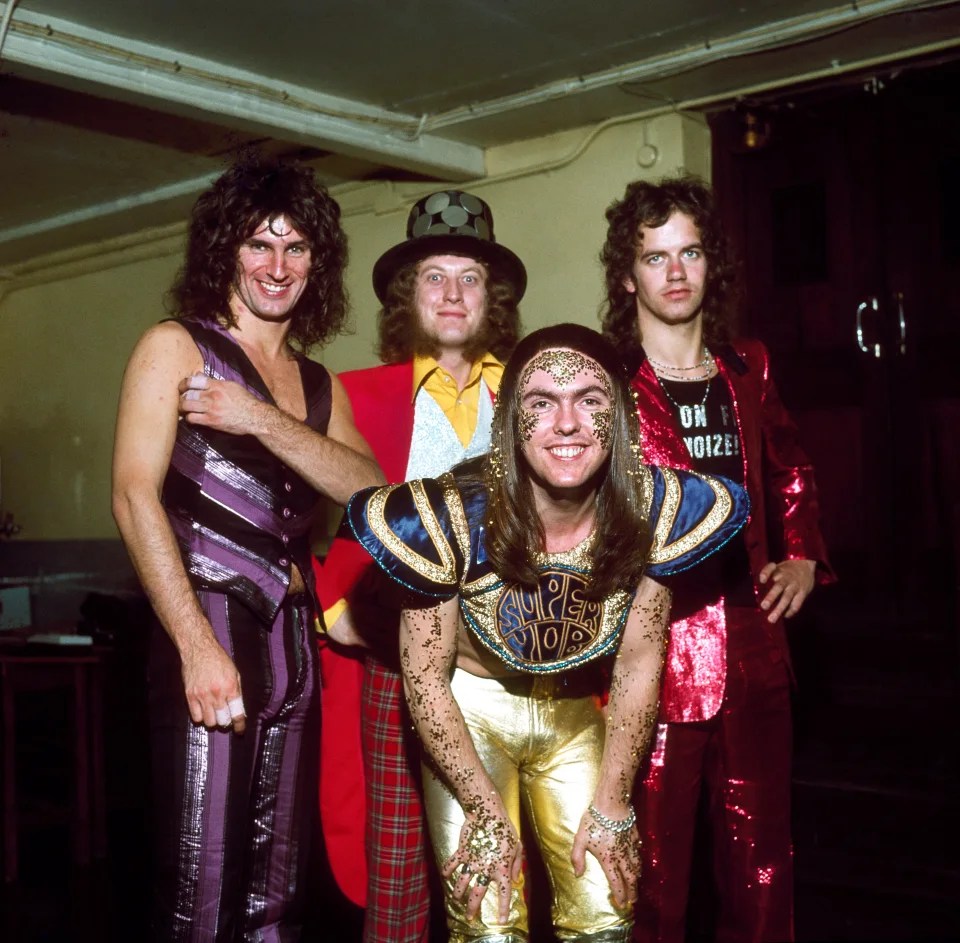 Now lead singer Noddy Holder has big plans for the original group behind the smash.

In an exclusive chat, he revealed he wants to get back with Jim Lea, Don Powell and Dave Hill to play the legends slot at Glastonbury.

And while he’s got a mountain to climb persuading the festival’s organiser Michael Eavis to say yes, it’s going to be even harder to reunite his ex-bandmates following their split in 1992.

Especially after Dave sacked Don from his revamped version of the group over email last year.

Noddy said of the prospect of playing the coveted slot: “It would be amazing if we could work out our differences. I think we’d probably all have to go in on a coach each. Or we’d all have to have a changing room or caravan each.

“And maybe we’d have to have glass barriers between us on stage so that there would be no fisticuffs on stage.”

The band had six No1 singles and five No1 albums. But Noddy said their egos tore them apart.

As for Dave and Don, he added: “I think it’s a long time before they get talking again. But that happens in rock ’n’ roll bands. If it’s not one crisis, it’s another.”

LAST Christmas Dua Lipa was all loved up in the US with Anwar Hadid and his family. 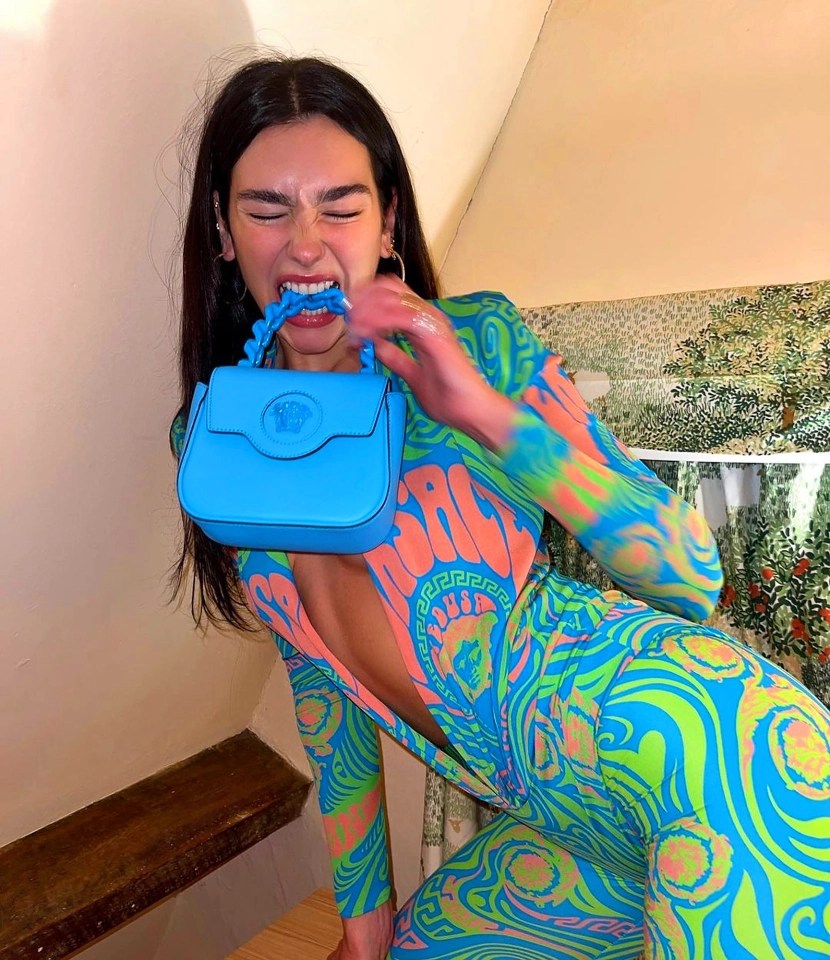 They later jetted off on holiday to Mexico with all their mates and her family.

But 12 months on it is a different story, with Dua looking chuffed to be enjoying the festivities in the UK, more than 5,000 miles away from Anwar.

The Levitating singer posed in this groovy psychedelic Versace outfit – while biting on a bag – for an Instagram post, amid rumours things are over for her and Anwar after two and a half years.

Hectic, globetrotting schedules mean they have struggled to find time to be together in recent months and the pair have not been pictured together for weeks.

But given pals have said it won’t be long until they are together again, I am sure their New Year’s resolution will be to try and patch things up.

IT looks like LIZZO got carried away while she was putting up her tree – because half of the decorations ended up on her head. 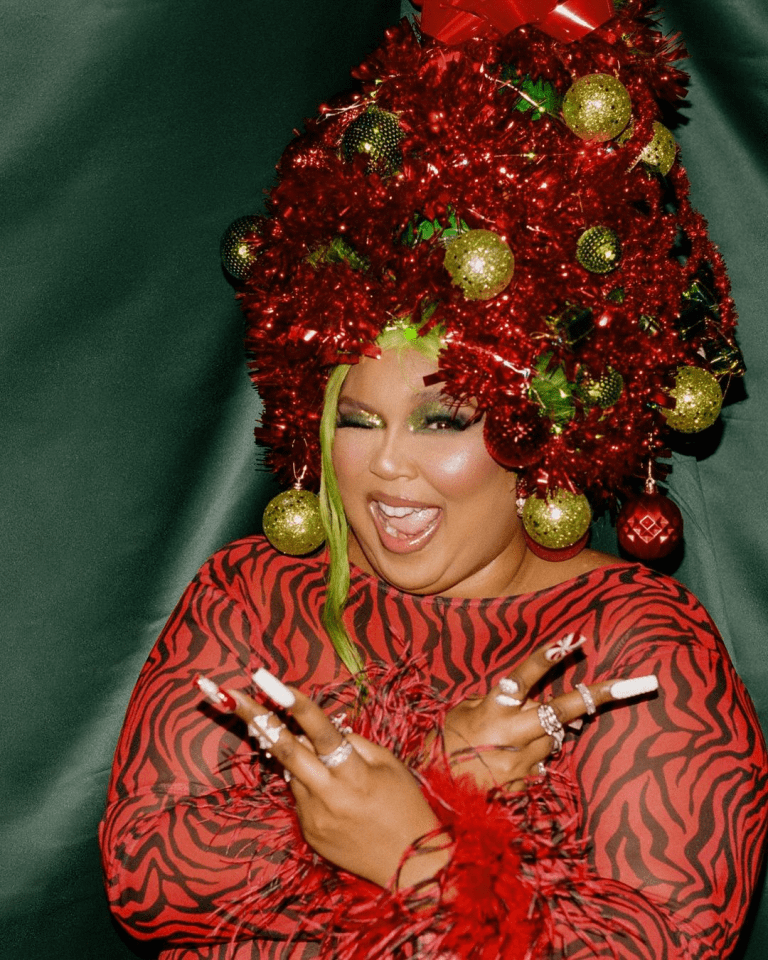 The Truth Hurts singer wished her fans a merry Christmas by sharing this photo online of a very festive headpiece over the top of some Grinch-green hair.

Her last album Cuz I Love You came out in 2019, so I hope this is a sign that a new musical present will be on the way soon.