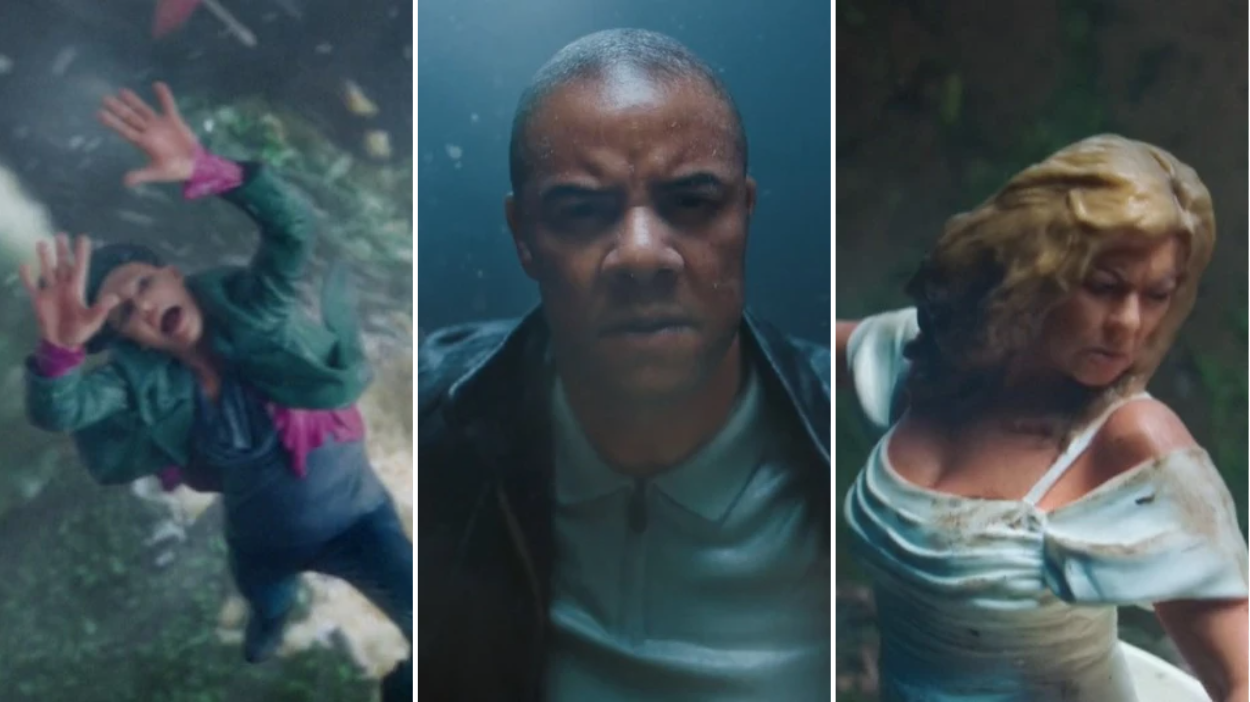 So, let’s pick apart the cake…er, we mean the trailer.

We already know from previous quotes that a pregnant Amelia will find herself trapped when things really kick off. Judging by the trailer, Charity and Noah look set to find her, but will Amelia’s baby be okay?

Elsewhere, Cain and Al are going head to head but that’s nothing new, so what’s changed this time?

Has the truth about Al and Chas’ affair been revealed, prompting Cain to get revenge on his enemy?

We know Michael Wildman will star in Panto very soon, which has had us wondering for ages whether that means Al will leave the village – but will he end up leaving in a coffin?

Elsewhere, we know Kim is busy putting the final touches to her wedding and Will’s (Dean Andrews) wedding but this is a soap! A happy wedding where things go smoothly never happens.

In the trailer, Kim’s wedding dress is filthy and she (well, the figure) can be seen standing on rocks as in the middle of the storm.

Has here dress been damaged because of the weather event, or has she been busy elsewhere? Maybe Malone’s body will come back to haunt Kim and Will, or maybe this has something to do with Harriet (Katherine Dow Blyton) declaring her love for Kim’s fiancé?

This special trailer has been created by a team at ITV Creatives, the company that makes the smart ITV logos you often see before a show starts.

‘The 50th anniversary is such a landmark moment in television – it’s amazing that a show has lived in the hearts and minds of the nation for five decades’, Tony Pipes, Executive Creative Director at ITV Creative said.

‘The idea of a celebration cake came from the creative Jess, who saw it as a great vehicle to tell the story of the upcoming special episode, while also celebrating its heritage.’

Despite the perhaps light approach to the trailer, Tony stressed that the team still wanted to produce something ‘premium and cinematic’.

They certainly did that!

Director Matt Rhodes explained the complexities of filming it, explaining: ‘They couldn’t move an inch as their clothes and hair were on wires to give the impression they were being battered by the high winds.