Emmerdale fans have been closely following the storyline of Liv Flaherty (played by Isobel Steele) who has been struggling with alcohol addiction. Many people in the village have attempted to help Liv, but she recently left Emmerdale to visit her mother. Fans are now concerned Liv may end up dying after she collapsed during Monday’s episode of the ITV soap.

Following Paul’s (Reece Dinsdale) death, Liv has been riddled with guilt after leaving him helpless in the barn to die alone.

In recent scenes, she confessed to her brother Aaron Livesy (Danny Miller) and Vinny Dingle (Bradley Johnson) that she left Paul in the barn.

But, still struggling with the guilt of what she’d done Liv turned to alcohol.

During Monday’s episode of the ITV soap, Liv was seen arriving at her mum’s caravan in Wales. 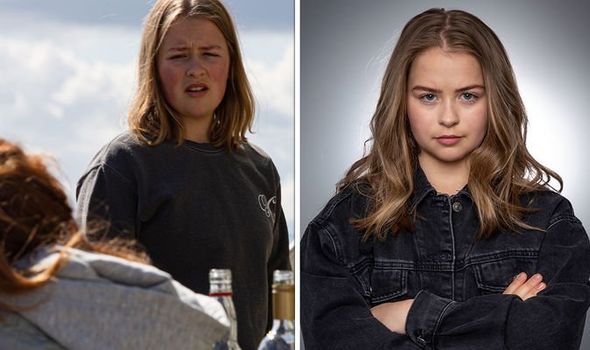 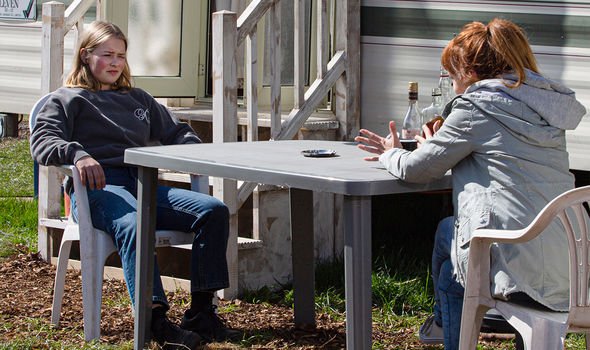 Liv was keen to be comforted by her mum after opening up about what she’s been through.

But, Sandra (Joanne Mitchell) didn’t appear too interested and instead of comforting her daughter decided to crack open the booze instead.

As Liv and Sandra became more intoxicated, they started dancing outside but Liv was clearly struggling to keep up and collapsed.

Emmerdale viewers were shocked when Sandra took no notice of her daughter lying on the floor and continued dancing. 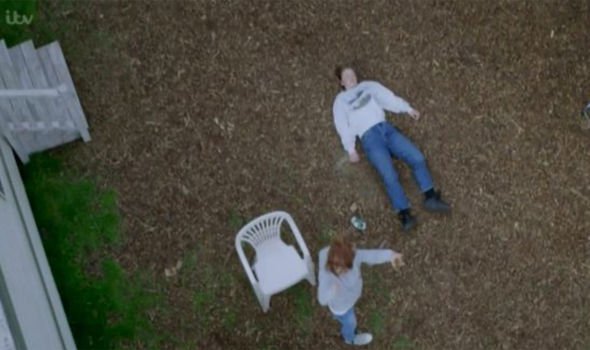 Fans quickly took to Twitter to discuss the dramatic cliffhanger and theorise over the fate of Liv.

One viewer wrote: “That’s right keep on dancing, don’t worry about your daughter on the ground. #Emmerdale.”

A second viewer said: “Sandra is toxic for Liv. She needs to go home #Emmerdale.”

“How can her mum just still be dancing whilst her daughter is unconscious on the floor. Stupid b**ch! #emmerdale,” a third added.

Aaron previously aired concerns about the possibility of Liv having a seizure and not being aware because she could be drunk.

This worried fans who began airing their concerns for young Liv.

“Aaron’s right. Liv will probably choke on her own puke after a bottle or two. #Emmerdale,” one viewer said.

A second asked: “Does Sandra know anything about Liv’s alcoholism or her epilepsy?”

“Liv is gonna have a seizure isn’t she, and her mother isn’t gonna have a clue. #emmerdale” another viewer predicted.

Will a drunk Sandra do the right thing and take her daughter to the hospital?

And can Aaron find his sister before it’s too late? Fans will have to tune in to find out Liv’s fate.

Emmerdale airs weeknights at 7pm on ITV, with an extra episode at 8pm on Thursdays.