Liv (played by Isobel Steele) has been embroiled in Paul’s (Reece Dinsdale) dramatic life in Emmerdale and has been sceptical about him in the past. However, she has no idea the troubled character is actually abusing his teenage son Vinny (Bradley Johnson) and has given him several horrific beatings. When the youngster is admitted to hospital in upcoming scenes on the ITV soap, his girlfriend begins to wonder how he got his injuries but his villainous father is on to her and it seems she could become one of his victims.

The drama kicks off when Paul is panicked to hear Liv has made her way to the hospital, where Vinny is getting treatment from another beating by his father.

What alarms him further is that the youngster has called the police over her boyfriend’s injuries, thinking foul play could be at hand.

Having had enough of the troubled character’s brutish ways, Vinny is set to confess everything to the authorities.

That is until he sees Paul lurking outside his room and he swiftly ends the police officer’s questioning over the fear of what the repercussions could be.

With his violent behaviour still under wraps, the villain confronts Liv about calling the authorities and this makes her more suspicious about the situation. 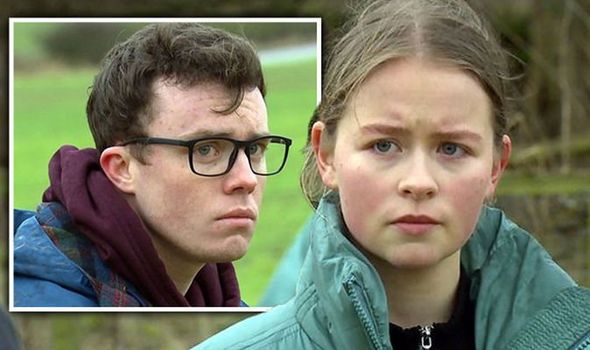 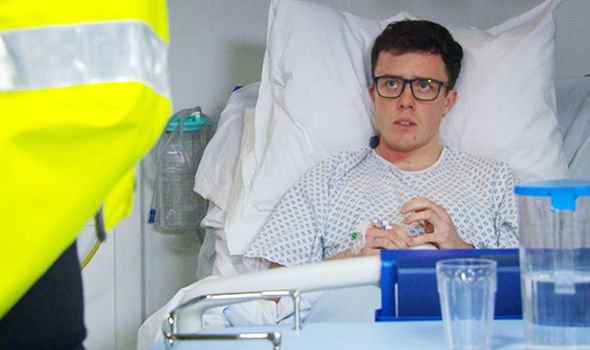 Not letting the matter drop, she tells Vinny they need to do something and discover why Paul is being so hesitant to help.

However, the young lad knows his father is getting angrier and angrier towards his girlfriend and urges her to leave him alone.

From the sidelines, the villain is pleased to see his son being isolated from his loved ones, meaning he can manipulate him further.

By the next day, the teenager discharges himself after Paul explains he would be better off away from the hospital. 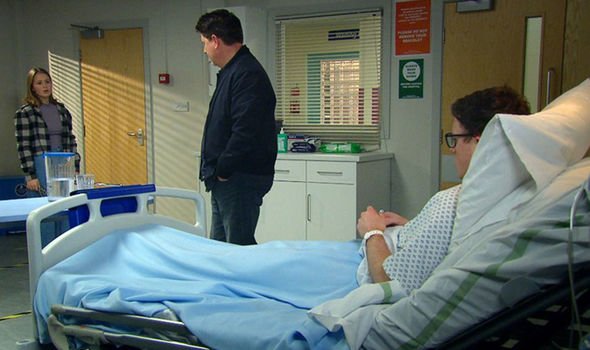 Being at home should make Vinny a lot more comfortable but when Liv turns up, he’s wary to be alone with her as he doesn’t want her to come to any harm from his father.

Desperate to keep her safe, the teenager tries to stick to Paul’s sequence of events as to how his son ended up with such severe injuries.

Unfortunately, he makes a mistake when he mentions gangster Connor and the mention of his name perks Liv’s interest.

Before she can delve any further into the case, the villain demands his son to get his girlfriend off their backs or there will be consequences. 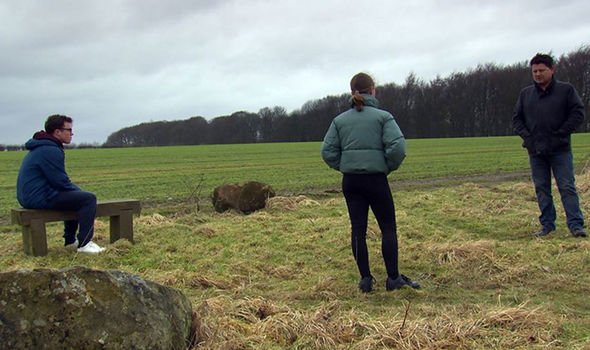 Vinny is breaking my heart

Vinny begins to fear for Liv’s safety and with his father’s ultimatum ringing in his ears, he makes a cruel and heartbreaking decision.

Not wanting the youngster to come to any harm, Vinny ends the relationship he tried so hard to forge between them.

Expectedly, Liv is devastated by the news but she becomes more determined than ever to track down gangster Connor.

Little does she know how wrong she is and as his temper reaches new levels, Paul could take action to silence her once and for all.

Knowing the only way to keep his dark secrets hidden is to get rid of the inquisitive teenager, will he murder her in cold blood?

Liv has been a member of the Emmerdale cast for over five years, so could this be the heartbreaking plot twist that sees her make an exit from the village?

Taking to Twitter, fans are also fearful for not only Liv’s safety but Vinny’s as one wrote: “Vinny is breaking my heart. He needs to tell Mandy [Dingle] or Liv what Paul has been doing to him #Emmerdale.”

Another added: “Also I really like the scenes between Liv and Vinny. And Bradley [Johnson] is doing a fab job in this storyline. Hope Vinny tells all soon! #Emmerdale.”

As Paul’s reign of terror continues, will either youngster make it out of this terrifying ordeal with their lives?