Emmerdale: Mandy Dingle wakes up hungover on her birthday

Thankfully, Emmerdale resident Liv Flaherty (played by Isobel Steele) could be about to expose Paul (Reece Dinsdale) after she made a call to the police to report Vinny’s (Bradley Johnson) attack. Paul was keen not to get the authorities involved because he doesn’t want to be exposed as the villain, but Liv is certain something suspicious is going on. She pushed for the Dingles to check the CCTV where Vinny was attack but Paul insisted it would be pointless. However, Paul’s protests could lead to doubts creeping in as Mandy (Lisa Riley) begins to question why he is so keen not to do everything he can to find the culprit.

Bumping into each other in the hospital, Mandy told Liv: “They’ve took him off sedation. Might be a few hours yet until he comes around.”

“I bet you’re both shattered,” Liv replied as Mandy sighed : “Adrenaline is wearing off but my head is still banging from yesterday.

“I was out having fun and he was fighting for his life.”

Liv pushed: “Has Paul said anything else about how it happened? I don’t understand why he would leave him in that state?” 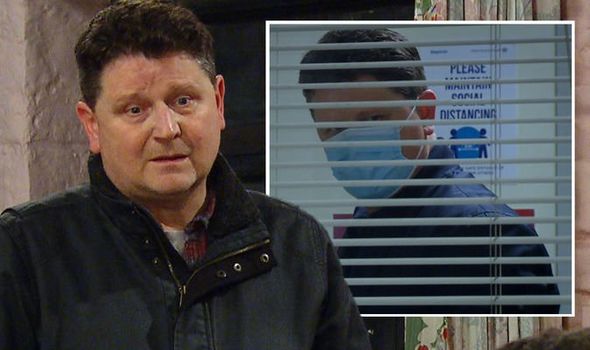 “To be honest, I’ve not pushed it,” Mandy explained. “He’s already blaming himself for not being around enough as it is.”

Paul emerged from Vinny’s hospital room snapping: “I can hear you in there, you know. Nobody blames themselves more for the than me. He is my son.”

“have we not tried calling the police? There must be CCTV,” Liv suggested.

Paul quickly replied: “I doubt it, I found him somewhere down some alleyway. Besides maybe we should hear his side of the story first.” 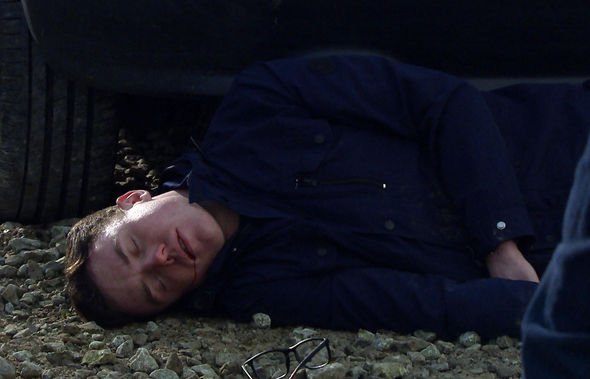 “Yeah and if we call the police then I can’t hurt whoever did this to him,” Mandy added.

Later, when Vinny did eventually wake up, he found himself alone with Paul who threatened the lives of those he loves.

Paul warned if Vinny stopped his wedding to Mandy there would be “nothing left to live for” and he could attack him, Mandy and Liv.

Fearful for his mum and girlfriend’s lives, Vinny agreed to stay quiet but it seems he may not have a choice. 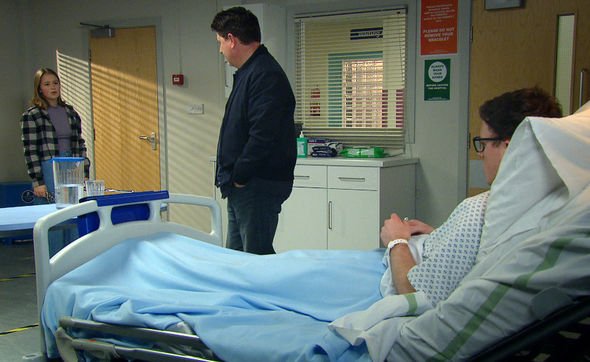 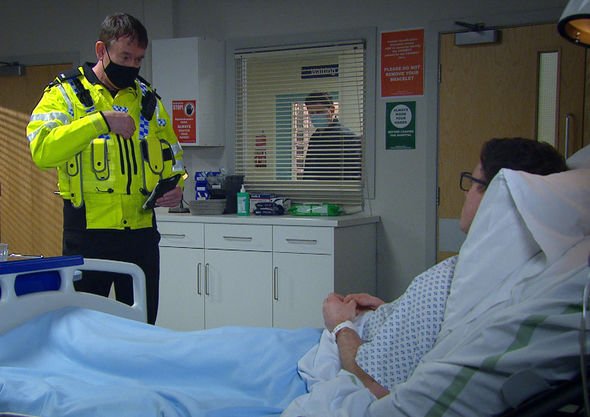 Certain something was wrong, Liv left the hospital and made a call to the police to report Vinny’s attack.

With Liv wanting answers and unsure of Paul’s story, could she push the police to check CCTV footage from Hotton.

If Paul’s story doesn’t add up with what is shown on CCTV when the attack is investigated by police, he will have to answer some tough questions.

Mandy will want to know why Paul lied to her and why Vinny told the same story. She’ll demand to know what they are hiding and it could be this is when Vinny finally reveals Paul’s abuse.

Could it be down to Liv that Vinny is finally safe from his father’s beatings or could it just be the start of something more sinister?

Actress Isobel who plays Liv has hinted more danger is ahead for her character as she starts to suspect Paul is hiding more than his gambling addiction.

She explained: “I think Liv is quite good at spotting when someone’s acting shifty, for sure.

“But I don’t think she’s always brilliant at knowing where the pieces fit in the puzzle, so to speak.

“So I think that she definitely feels that something’s off with the relationships and both the way that Paul’s acting, and rightly so.”

She added of Vinny’s abuse from Paul: “I don’t know if she has put together yet because it seems like such a huge accusation to go around saying if you don’t have the right evidence.

“But so far I don’t think it’s even crossed Liv’s mind. I think she’s seeing how things go and questioning things and assessing his behaviour. But I really don’t think that it’s clicked quite yet.”

Isobel added Paul will make it look like Liv is “losing her mind” adding: “When Liv is faced with that, she does question herself and it sort of takes her off track a little bit. So he’s very, very good at flipping it around and driving a wedge between Vinny and Liv.”