Emmerdale star Susan Cookson revealed that she would definitely be up for a part in EastEnders at some point.

The actress, who currently plays Wendy Posner in the ITV soap, is keen on swapping to Albert Square – if only to have a pint in the Queen Vic.

Appearing on Lorraine today to discuss her character’s shocking revelation that she is not a qualified nurse, talk turned to her incredible career on the small screen.

Susan has been in most of our TV favourites, appearing in Coronation Street, Hollyoaks, Doctors, Casualty and Holby as well as her current stint in the Dales.

When asked if she could see herself popping up in Walford to finish that list off, she was thrilled by the idea.

As the host suggested she could visit the Queen Vic for a pint, she replied: ‘I would happily do that! 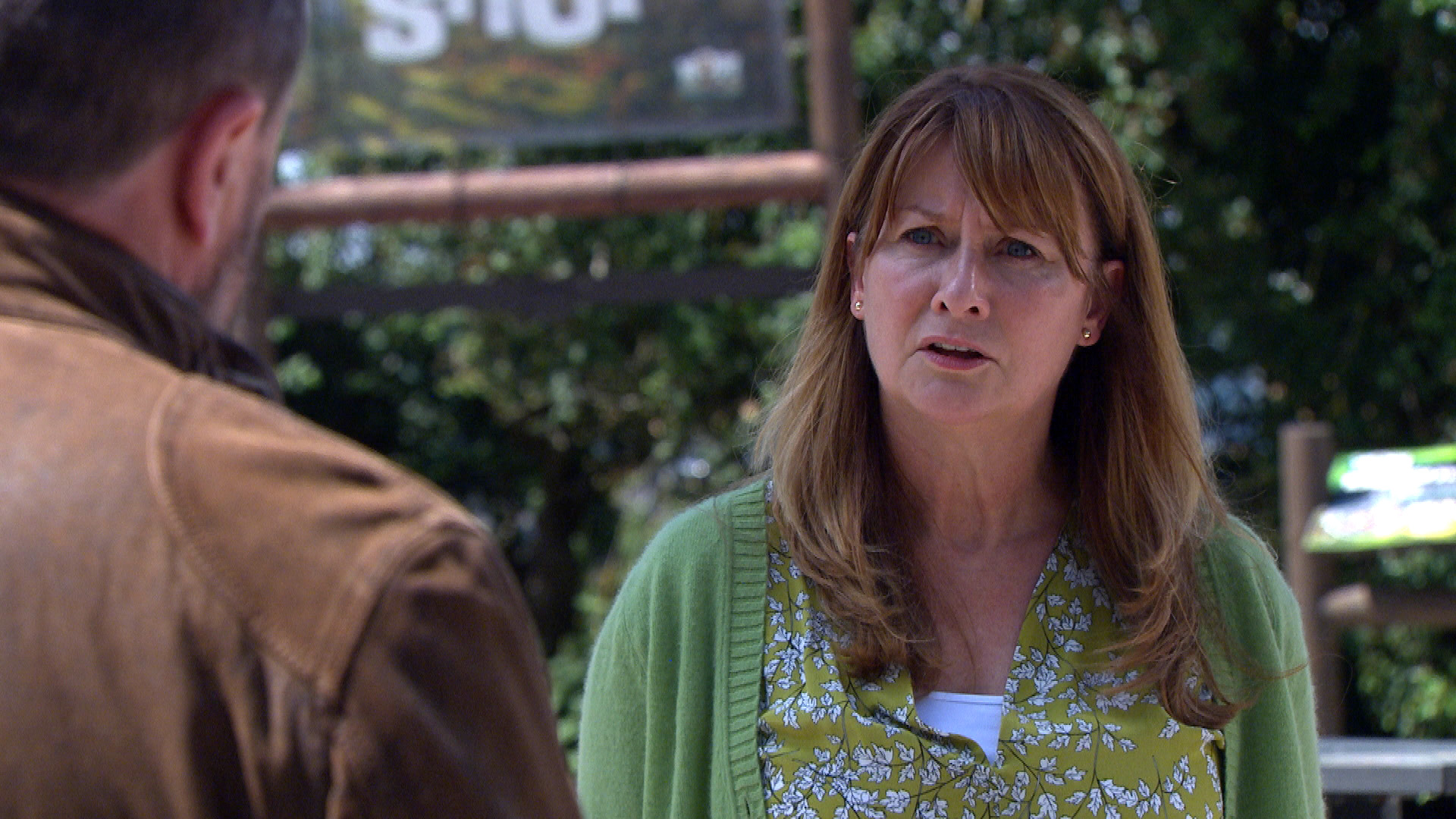 ‘I’d go and have a pint of beer in the Queen Vic, of course I would!’

Someone get Mick to prep a fresh barrel.

Susan is currently at the centre of an explosive storyline on Emmerdale, after the truth about Wendy’s career emerged.

She has spent weeks looking over her shoulder ever since the mysterious appearance of Russ (Rob Jarvis) in the village.

While she attempted to warn her ex off, begging him to steer clear of Victoria Barton (Isabel Hodgins), he quickly started blackmailing her over her secret, demanding £50k for his silence.

A new clip has teased a dramatic conclusion to the plot, as he held the pair hostage – waving a shotgun in front of the terrified locals.

With David Metcalfe (Matthew Wolfdenden) pulled into the deadly ordeal, and a gun shot ringing out in the teaser, whose life will hang in the balance?

Lorraine continues on weekdays at 9am on ITV.