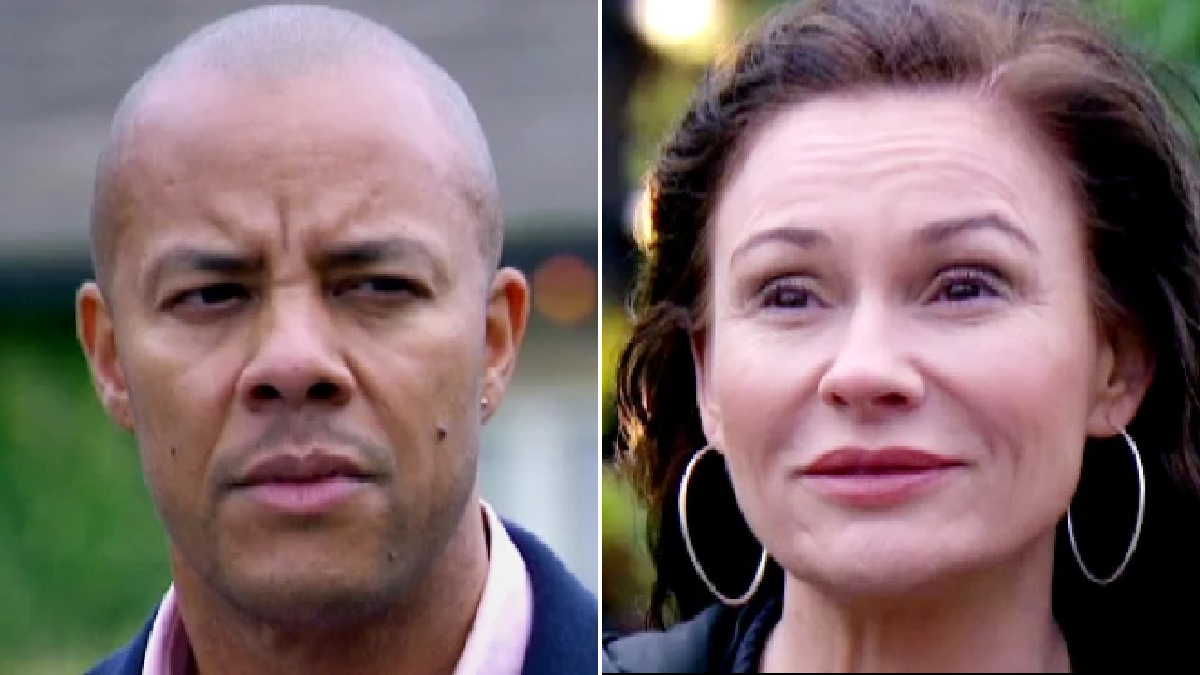 Al Chapman (Michael Wildman) has lost the support of all the Emmerdale village residents when it comes to his new business venture for the Woolpack.

As more customers demanded a free bottle of champagne instead of a free glass, Chas angrily threw a bottle at the wall, instructing Nicola (Nicola Wheeler) and Brenda (Lesley Dunlop) that the promotion was over.

Tonight, the focus turned to other village residents as Nicola got word that Al was planning on turning the Woolpack into luxury apartments.

Al put forward his plan, telling the residents that welcoming new people and expensive apartments is ultimately better for the village.

Nicola stepped forward, wanting to have her say.

Initially, it looked as though Nicola was going to side with Al, leaving Marlon, Chas, Paddy (Dominic Brunt) and Rhona very unimpressed.

Thankfully, Nicola didn’t agree with Al, in fact she called him a ‘soulless chancer’.

The village residents smiled and applauded, beyond pleased Al was very much on his own.

It was confirmed a few days ago that Al’s plan for the pub is going to go dangerously wrong…in the form of an explosion!

Has tonight’s episode hinted that Al will be responsible for setting the pub on fire?

Will he try and burn the Woolpack down in an act of revenge?