[Editor’s Note: The following review contains spoilers for the special episode of “Euphoria” featuring Jules, aka “Fuck Anyone Who’s Not a Sea Blob.”]

Right before the electric blue title hits, “Euphoria” spends two minutes staring into Hunter Schafer’s eyes. Well, actually, it’s just the one eye. After her new therapist asks why she ran away (alluding to Jules’ attempt in the Season 1 finale to leave home with Rue, played by Emmy winner Zendaya), the short question elicits an eruptive reaction. In the reflection of Jules’ eye, memory after memory spills out in rapid fashion. Many are of Rue and their shared time together, but some are of her family or her own experiences. Paired with the emotional bombshell of Lorde’s “Liability,” the scene is simple yet mesmerizing. We’ve seen these moments before, but never quite like this, from this person, in the moment she’s living through now.

“Fuck Anyone Who’s Not a Sea Blob” works in similar fashion. Many of the experiences Jules discusses over the 48-minute special episode are familiar ones. Like the first special, which focused on Rue and takes place after this one (despite airing first), there’s no series-shifting twist or teenage pyrotechnics. These “bridge” episodes, connecting Season 1 and Season 2 yet existing in neither, are character studies. They individually examine each partner whose romantic coupling drove “Euphoria” to success, and they function as a way to better understand how each person feels about the other, and themselves.

Jules’ episode fills in the gaps, not only in how it sets up Rue’s stoned meeting with her sponsor later that night, but in how Jules has been experiencing their relationship. The “Lorde”-backed eye montage makes it’s clear there’s no one reason she left home, just as it’s clear all the reasons are connected in some way Jules has yet to reckon with, until now.

As far as her connection to Rue goes, the episode carries both explicit and opaque references to prior scenes where the two are either thinking about the same thing or reacting to each other. Most strikingly, they each shared the same dream space, where they pretended to have gone through with the move and lived together in New York City. All of this is a savvy way to build their romantic saga, even when they’re apart. Episode writers Sam Levinson and Schafer repeatedly find ways to show that their main love story is as grand as it feels to the couple in it. But the root of Jules’ relationship issues with Rue ties back to the most scarring loss in her life this far: her mother. 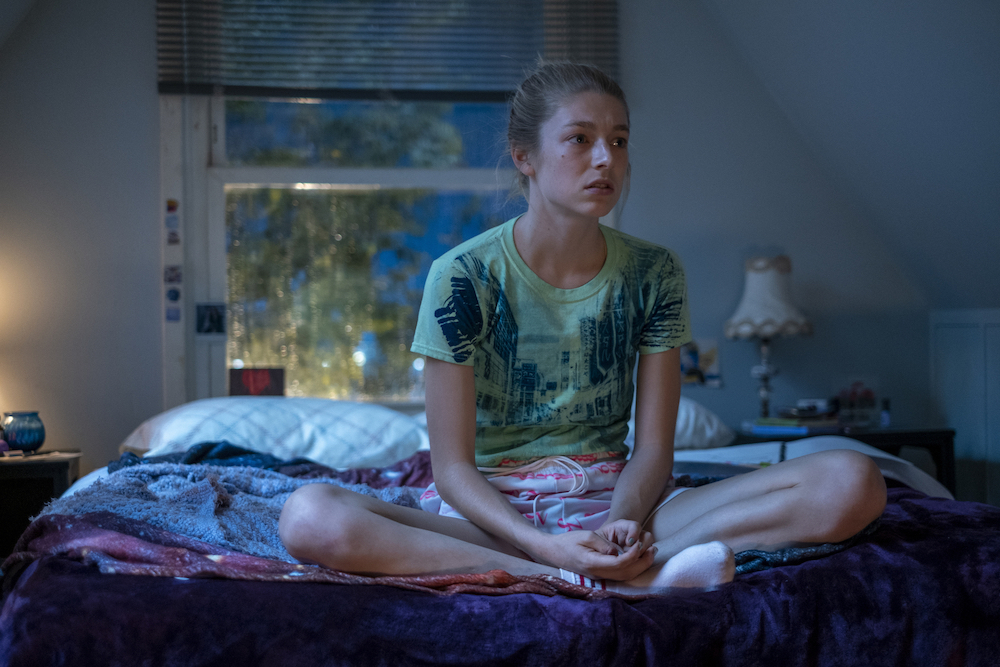 Early in the session, Jules remembers how Rue would look at her and see the real her, whereas so many others only looked at her to search for flaws or see what Jules wanted them to see. It made her feel good, and she imagines it’s how her mother once saw her, when she was a newborn. But her therapist (Lauren Weedman) points out why Jules resists linking the two women: Both Jules’ mom and Rue are addicts, and both of them have failed to see how their addiction affected Jules. Her mom repeatedly relapsed and left the house. Rue doesn’t know how much pressure Jules feels to love her back, knowing that if she doesn’t, Rue could relapse.

Again, these ideas aren’t new. Season 1 illustrated Rue’s dependence on Jules, but typically from Rue’s point of view. Jules’ episode clarifies her perspective, just as it clarifies her actions to herself. Jules now knows a bit more about why she falls in love “so easily,” as well as why Rue is different from the relationships that existed mainly in her head. This leads us to the special’s revealing insight into Jules: She says she’s still in love with “Tyler,” the fictitious character created by Nate (Jacob Elordi) so he could blackmail Jules.

Jules revealed so much of herself in that relationship. Before she starts talking about “Tyler,” she says that real life romances are always a letdown, whereas online relationships allow you to be “more honest and vulnerable.” Clearly, she’s scared of what could happen with Rue. So many of her real-life relationships end with someone leaving or lying or both, whether it’s her mother or “Tyler” or even Rue, whose ever-looming relapse poses the constant threat of taking her out of Jules’ life. 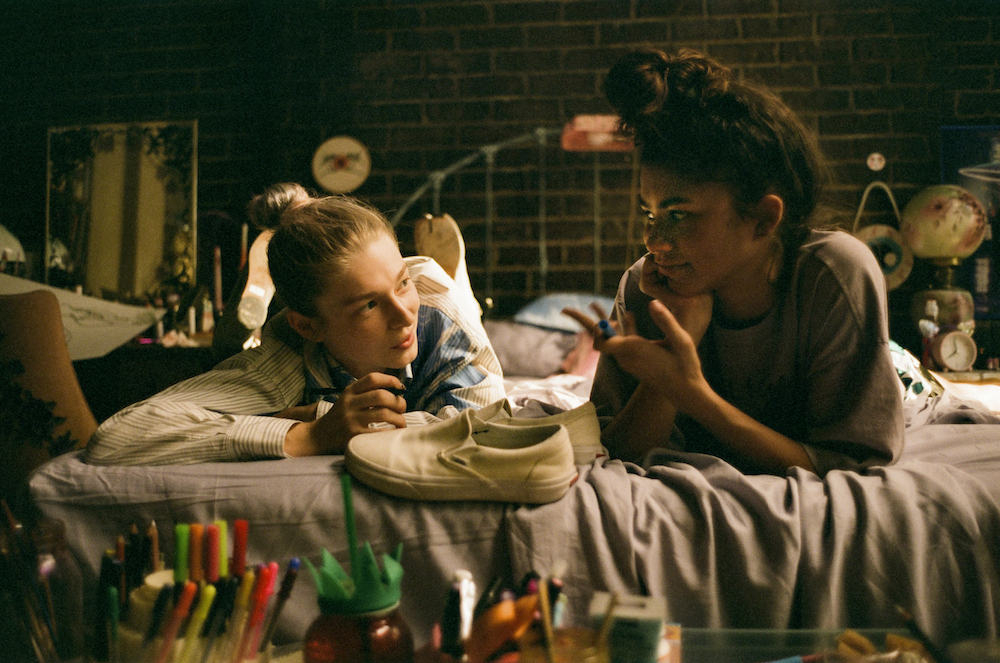 Hunter Schafer and Zendaya in “Euphoria”

And that’s what makes the final scene all the more heartbreaking. Rue, on her way to see her sponsor, musters the courage to visit Jules on Christmas. Jules apologizes, Rue cries, and leaves. They’re both scared, they’re both trying to be vulnerable, and they both know there’s a connection between them that can’t be denied.

This is the last special episode before Season 2, which is on track to premiere later this year, and while Rue’s hour feels more enriching (thanks in part to its dialogue-driven, back-and-forth structure) and more inviting to revisit (it’s a unique, “Blue Christmas” holiday special with an uplifting message), it’s been encouraging to see “Euphoria” break from its extremist tendencies and deliver two low-key stories intent on mining the emotional reservoirs of its main characters. That each episode also feels distinct from the other is even better. Yes, they work hand-in-hand to amplify the series’ searing love story, but they also distinguish Rue and Jules as individuals.

“Fuck Anyone Who’s Not a Sea Blob” outlines and underlines familiar ideas in typically vibrant scenes of amped-up emotion. Perhaps it’s a little light on forward momentum, but sometimes you have to take a beat, look in the mirror, and reflect. That way, you can better prepare for what’s next.

Both special episodes of “Euphoria” are streaming now on HBO Max. “Fuck Anyone Who’s Not a Sea Blob” also airs Sunday, January 24 at 9 p.m. on HBO.