Count Christoph Waltz as the latest Oscar-winning actor to direct and star in his own movie – and a twisty, deadly one at that.

Waltz makes his directorial debut with the new crime drama “Georgetown” (in theaters May 14, on digital/video-on-demand May 18), written by Tony-winning playwright David Auburn (“Proof”) and based on a true story.

USA TODAY is exclusively debuting the first trailer for the film, which finds Waltz surrounding himself with some serious talent including Vanessa Redgrave and Annette Bening.

“Georgetown” stars Waltz as Ulrich Mott, a strange but charismatic German social climber known all over Washington, D.C. He’s married to the much older, very wealthy and well-connected Elsa Brecht (Redgrave), but when she’s found dead in their house, her daughter Amanda eyes Ulrich as the prime suspect. In the trailer, Amanda says she felt “shock, horror (and) disbelief” over her mother’s May-December relationship that culminated in marriage. 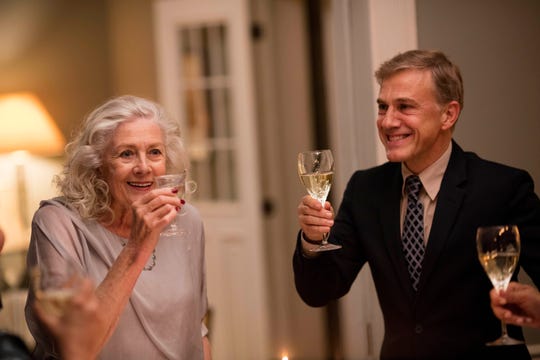 Too soon? Our ridiculously early predictions for 2022’s Oscar contenders

The subsequent police investigation turns up all kinds of deception and a “marriage of mutual exploitation” in a fictional spin on the real-life murder of D.C. socialite Viola Herms Drath, documented in The New York Times Magazine article “The Worst Marriage in Georgetown.”

Waltz, who’s won the best supporting Academy Award twice (for 2009’s “Inglourious Basterds” and 2012’s “Django Unchained”), has a big year in store. He also reprises his role as 007 bad guy Ernst Stavro Blofeld in the James Bond movie “No Time to Die (in theaters Oct. 8) and stars in Wes Anderson’s “The French Dispatch,” premiering at July’s Cannes Film Festival.