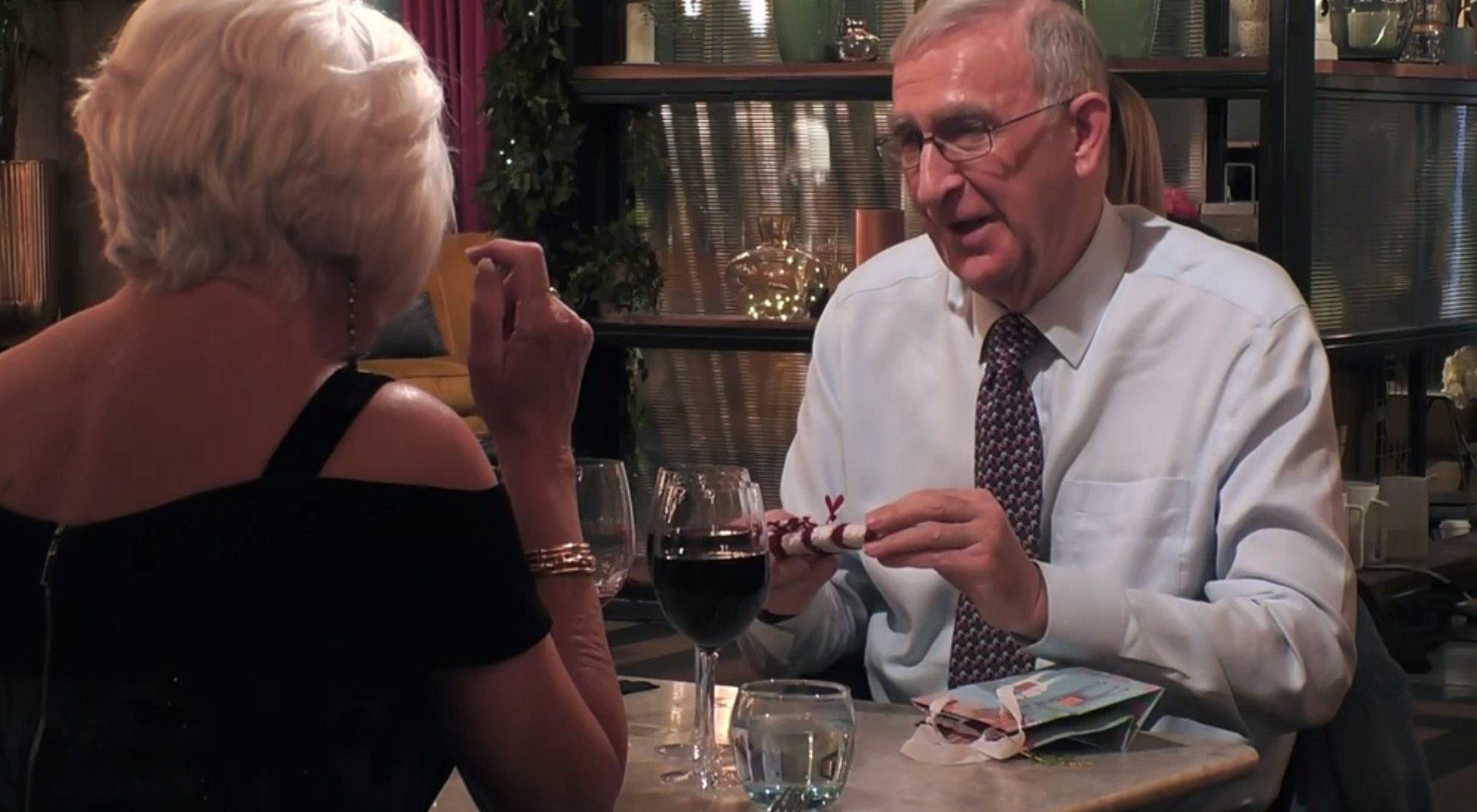 First Dates singleton Roger was left with quite the parting gift after he tried his luck for love at Fred Sirieix’s restaurant… with his date giving him a willy warmer.

The 71-year-old former Labour MP, was partnered up with 73-year-old Jean from Whitstable and they immediately hit it off.

Both splitting from their long-term partners after falling out of love with them, Roger and Jean were looking for someone to spend their lives with.

Jean admitted that she had a wacky sense of humour and a ‘wild side’, with her previous husband ‘spending 18 years thinking that he could calm her’.

But Roger seemed to think she was great just as she was, and was even loving that she gave him a gift.

Opening it at the table, it was revealed she’d knitted him a red-and-white striped willy warmer, causing him to burst into fits of laughter.

He later proudly showed it to the shocked waitress, who complimented it as ‘very well made’.

Viewers couldn’t believe what they’d seen but adored the new couple, who left the restaurant together sharing a kiss and absolutely beaming.

Even Fred told them they ‘looked so happy’ together as they continued their night elsewhere.

Speaking to the cameras afterwards, the couple couldn’t keep their hands off each other and shared a kiss as they praised their experience, blushing as they were asked about each other.

‘My date was fantastic, really lovely in so many ways,’ Jean said.

When asked if they would like to see each other again, Jean didn’t hesitate and said: ‘It’s a resounding yes from me.’

‘And a yes from me!’ Roger added. ‘Excellent. We had a good time together.’

Viewers officially had their hearts melted, and praised the adorable scenes: