For many years the new monarch has been involved with campaigns surrounding environmental issues. In 2021, the then Prince of Wales gave a powerful speech at the Cop26 opening ceremony urging world leaders to take action to save the planet. However, with his new title as sovereign, it was decided by the Palace and the Government he won’t be attending Cop27 next month.

Next month, the United Nations climate summit in Egypt will take place as world leaders gather to confront the climate crisis.

With the King being a keen environmentalist when he was under the title Prince of Wales, he urged governments around the globe to take a “war-like footing” in a bid to rescue the planet last year.

However, it was reportedly agreed between both the Palace and the government that the new monarch won’t be attending Cop27 in November in his new role as King.

Aware of King Charles’ passion and devotion to the climate crisis, cabinet minister Alok Sharma is challenging Liz Truss’ decision to block him from attending. 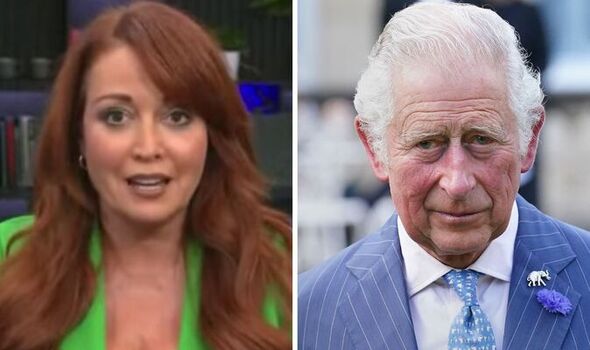 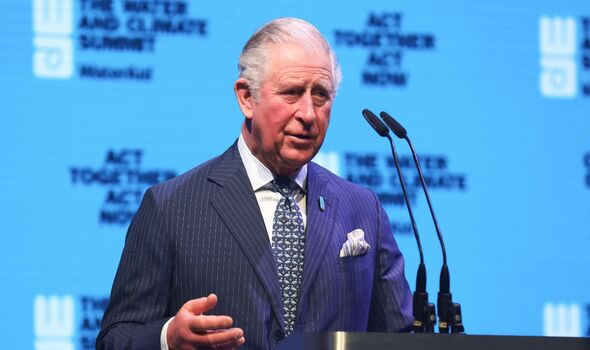 Speaking about the topic on the GB News show Dan Wootton Tonight, guest host Mark Dolan spoke to former Apprentice star Amy Anzel who had strong thoughts on the matter.

She said: “He’s a lifelong environmental campaigner and he’s more of an expert than more of the people that will be there.

“For the first speech abroad for him to be there at Cop27 would be incredible considering all the recent media attention since he became King.

“I think it’s absolutely ridiculous that he has been banned.” 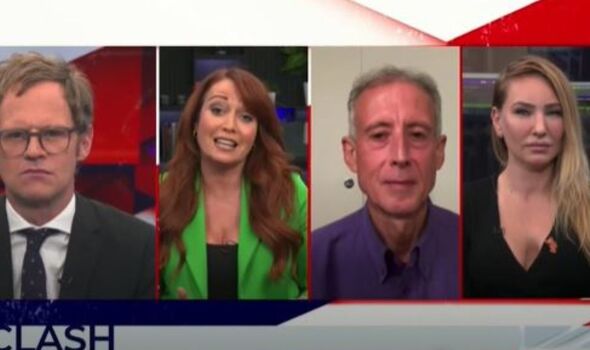 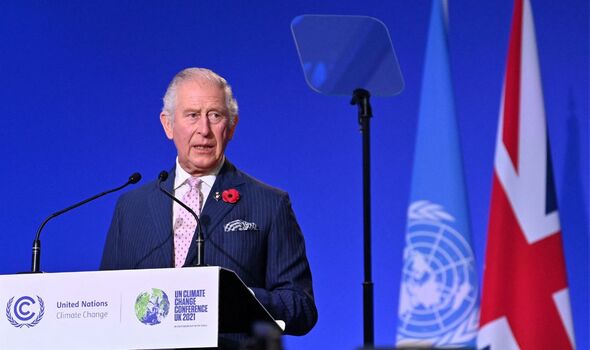 However, host Mark questioned why the British public should care what he thinks despite being our monarch.

He said: “Although he’s our great King and long live the King, who cares what he thinks? After all, he’s an unelected aristocrat.”

The guest then hit back by mentioning that the late Queen Elizabeth II spoke at Cop26 where she highlighted it not being a political conference.

Although Lois Perry strongly disagreed with Amy and sided with the decision to ban him from attending.

She said: “When you have a monarch that is political he’s not a monarch, he’s a dictator.

“You do not have people with political views on your bank notes, on your stamps and on your pound coins, you just don’t, it is political.”

Hearing the debate unfold on the show many Dan Wootton tonight viewers decided to share their views on the matter.

Micheal Moorby said: “He has to keep his opinions to himself now he’s King!”

Mayflower added: “King Charles is not elected, keep his opinions to himself. The Great Queen Elizabeth II wouldn’t touch politics.”

Elliott Kane: “Of course, he should. It’s intensely political and as he’s the King now, he has to stay out of politics, regardless of what he might wish to the contrary.”

Nardiner Kaur said: “He should be involved! Really can’t see the point in a King who actually doesn’t help change the world.