Outlander executive producer Matthew B. Roberts gushed over Mark Lewis Jones after watching him bring Tom Christie to life. He praised him for his dynamic scenes and emotional performances in the historical drama.

Actor Mark Lewis Jones took on Tom Christie during season six of the drama and has earned praise from show bosses after delivering one emotional scene after the next.

The character’s arrival symbolised change for the cast as his history with Jamie Fraser at Ardsmuir Prison stirs up trouble.

The pair came face to face after the battle of Culloden, where they did not see eye to eye.

In the past, the Protestant character supported the crown, while Jamie was seen leading a group of Catholic prisoners who supported the Jacobite rebellion. 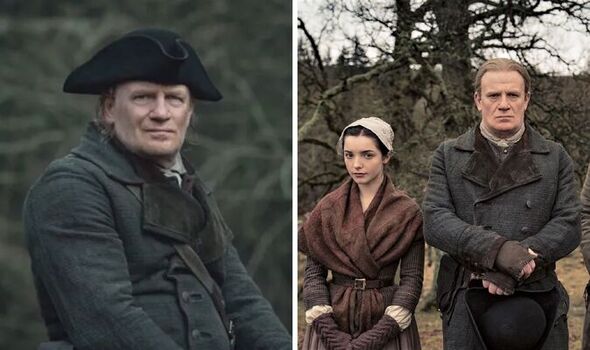 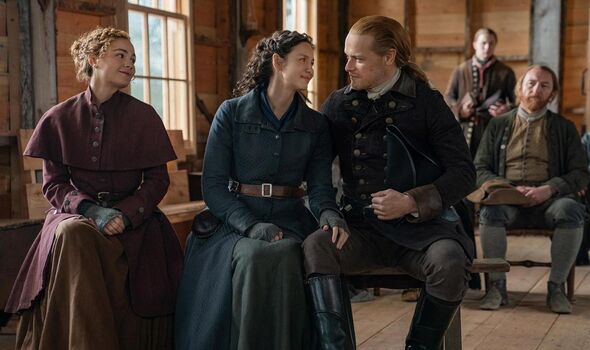 On a sure collision course that will make a beeline for Jamie’s path, Tom settled in the Ridge with his daughter Malva and son Allan.

Speaking on his role, Mark revealed Tom will add a whole new dynamic to the series that the other characters won’t expect.

He said: “Tom represents a change to the status quo.”

“I think the Christies bring in a whole new force that disrupts and creates a lot of good drama.” 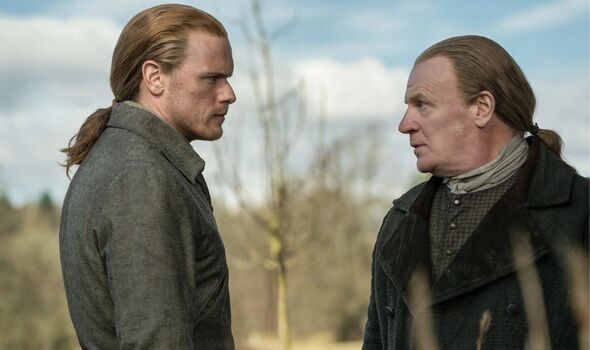 Delivering on his promise, Mark delighted show bosses with his portrayal and won words of praise from executive producer Matthew B. Roberts.

The show runner free-flowed statements of adoration for the Welsh actor during an interview with The Official Outlander Podcast.

“Every time he’s on screen you kinda get a lump in your throat or at least I do and it’s like ‘oh man what’s gonna happen next?’

Continuing on, he gushed: “Sometimes you write scenes on the page and you think ‘aw man that’s really gonna be a good scene’ but then you see it and you go ‘they did such a great job’.

“The performances and the nuances – you can imagine what it’s like but until you see it, it’s so subtle.”

Reaching its finale, Outlander season six ended with Jamie and Claire Fraser fighting for their freedom.

The series ended with Ian, Jamie, Myers and friends riding across the beach, seemingly in the direction of Wilmington and an imprisoned Claire.

Setting up plot lines for season seven, the final scenes of the historical drama leave a lot to the imagination as fans are left gripping onto many a cliff hanger.

The murder of Malva still remains unsolved and it is unclear as to whether Jamie will reach Claire in time to save her.

Making up for lost time due to the pandemic, the next instalment of the Starz drama will be extended, treating fans to 16 episodes.

Watch Outlander season 6 on STARZPLAY in the UK and Starz in the US.