Dr Hilary warns it’s ‘not the beginning of the end’

On Tuesday, June 1, the UK reported zero deaths as a result of COVID-19 for the first time since the pandemic began last year. With restrictions due to ease completely on June 21, many feel the results signify a positive shift against fears of a third wave and new variants threatening to bring those plans to a standstill. However, Good Morning Britain’s Dr Hilary added to feelings of apprehension, warning ITV viewers “we are not at the beginning of the end”.

Dr Hilary’s comments came after GMB host Ranvir Singh asked: “Is this a false dawn saying there are zero deaths or is this the beginning of the end?”

The medical professional replied: “No, it’s not the beginning of the end.

“What we have is the reflection of a bank holiday with lower numbers reported. 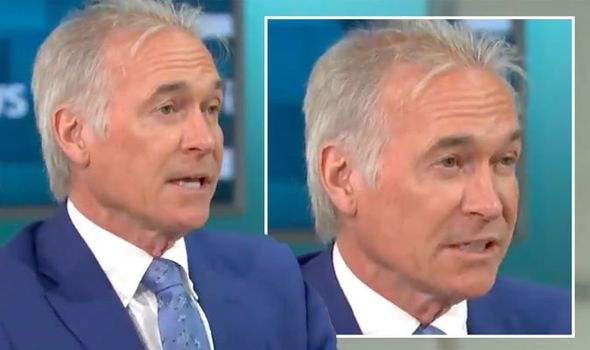 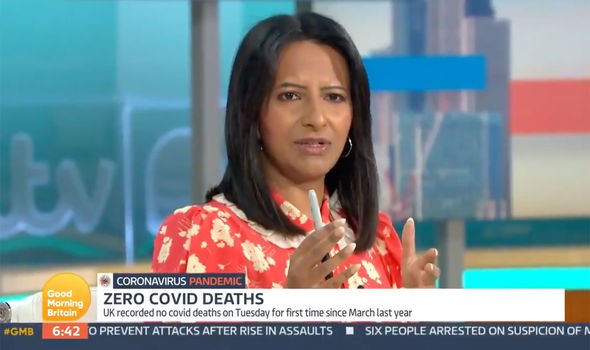 “In Scotland, in the last 26 days numbers went from 85 cases to 641, so what don’t we understand about that, numbers are increasing again,

“And if restrictions being eased right now mean people getting together on beaches, in the parks, in bars and restaurants, of course, we’re going to see more cases.

“Only 75 percent of adults have had their first dose so that means there are about 15 million people who haven’t been vaccinated at all.” 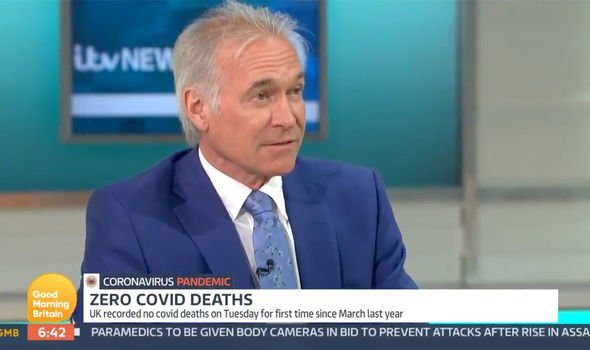 Ranvir then jumped back in to point out in Bolton, in particular, many of those hospitalised with the virus are unvaccinated and many are also under the age of 55.

“The majority are under 55,” Dr Hilary reaffirmed. “So we’re not seeing hospitalizations in the eldest group now,

“We’re seeing these cases in younger people. And also there’s another debate to be had about whether we’re going to vaccinate children.”

Dr Hilary then said approximately 100 children a week are admitted to hospital in the UK with Covid-Like symptoms. 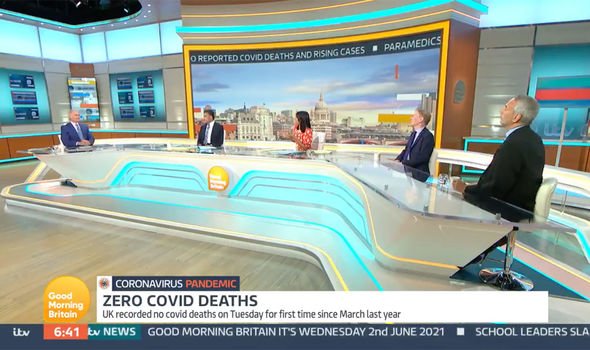 But while Dr Hilary erred on the side of caution, it’s fair to say viewers at home weren’t best pleased given the UK’s death toll on Tuesday.

One fan vented on Twitter: “When will gmb do something light hearted. Its always doom and gloom. No wonder viewing figures are down.”

“I swear this guy is never positive,” a second weighed in. “Always finds some negative in everything! I agreee we still have to be careful but there’s always going to be cases.”

A third added: “Mr negativity. We know there will be more but enjoy this moment knowing we are getting there now. Vaccines are working. Be positive.”

“It’s just not good for mental health,” said a fourth viewer. “People like to look for the positives in the data to make them feel confident that we will get through this and then Dr Hilary likes to put a size 10 boot straight through the middle of the hope.”

While a fifth commented: “Always trying to find negatives in everything.