THE Good Doctor star Fiona Gubelmann opened up about the stitches on her character Morgan’s hands and if a career as a surgeon is still in the cards.

The actress, 39, spilled some details during an Instagram Live after part 1 of the season 3 finale aired on Monday. 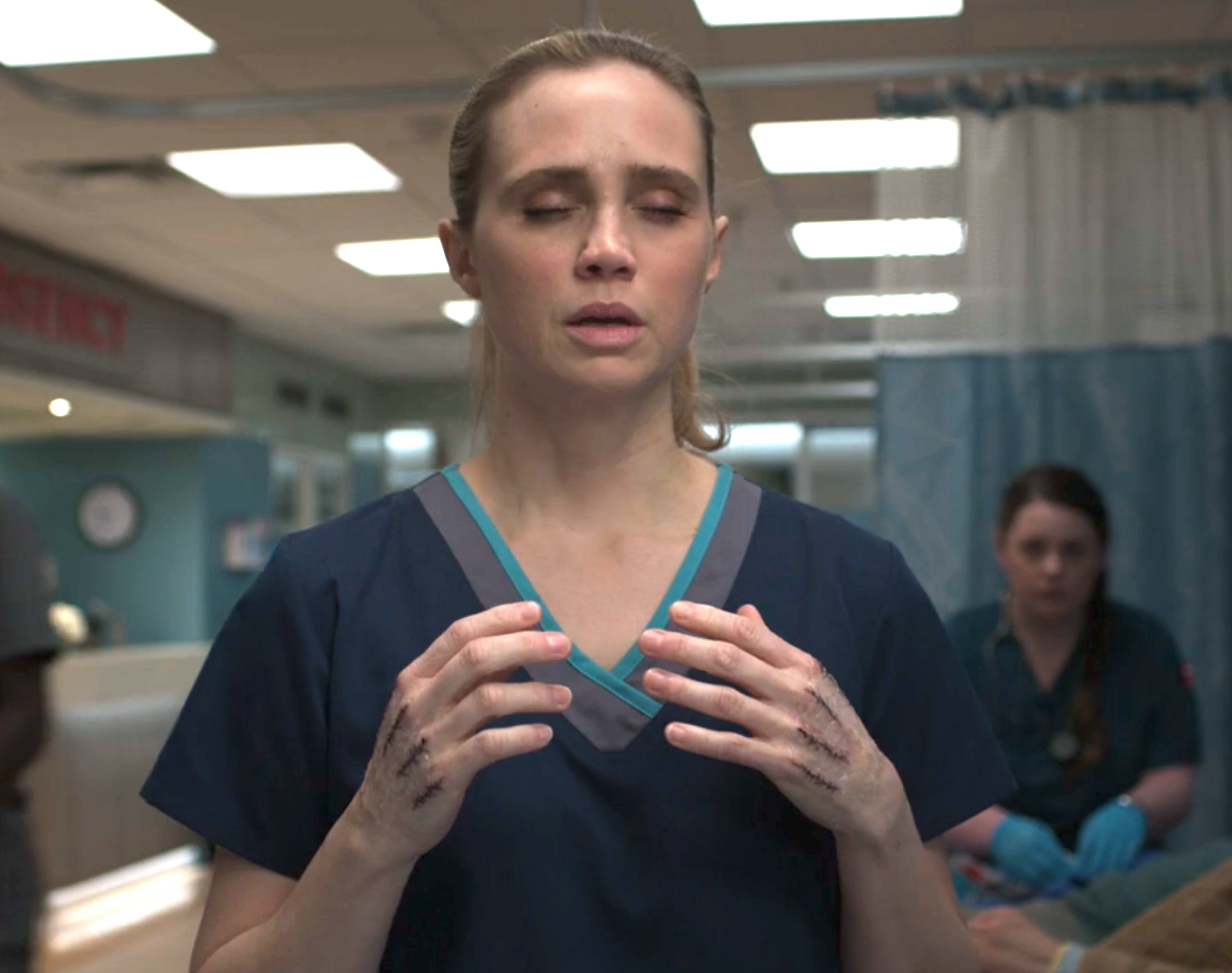 In the episode, titled “Hurt,” Dr. Marcus Andrews (Hill Harper) and Dr. Aaron Glassman (Richard Schiff) told Morgan she could help run the ER because they needed help after an earthquake brought in many patients.

She’s recovering from a surgery on her hands, though, and was told she’s not allowed to use them because they’re still healing.

After learning her patient needs emergency surgery and there are no other surgeons available, Morgan risks the future of her career by taking off her hand bandages and preparing to take on the operation herself.

Part 1 of the ABC show's finale ends before the surgery actually takes place, but viewers did see Morgan unwrap the gauze and reveal bruising and stitches on the tops of her hands. 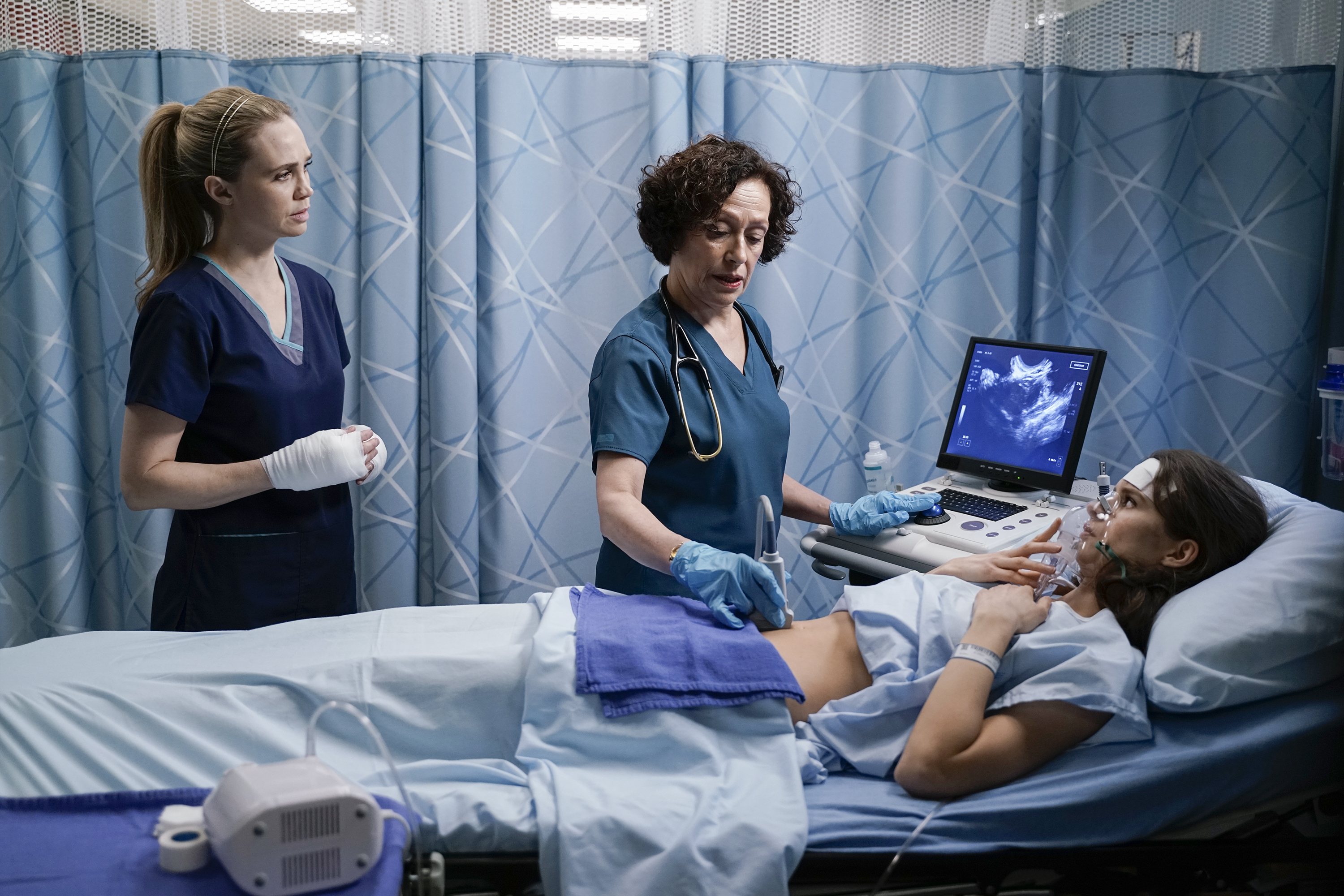 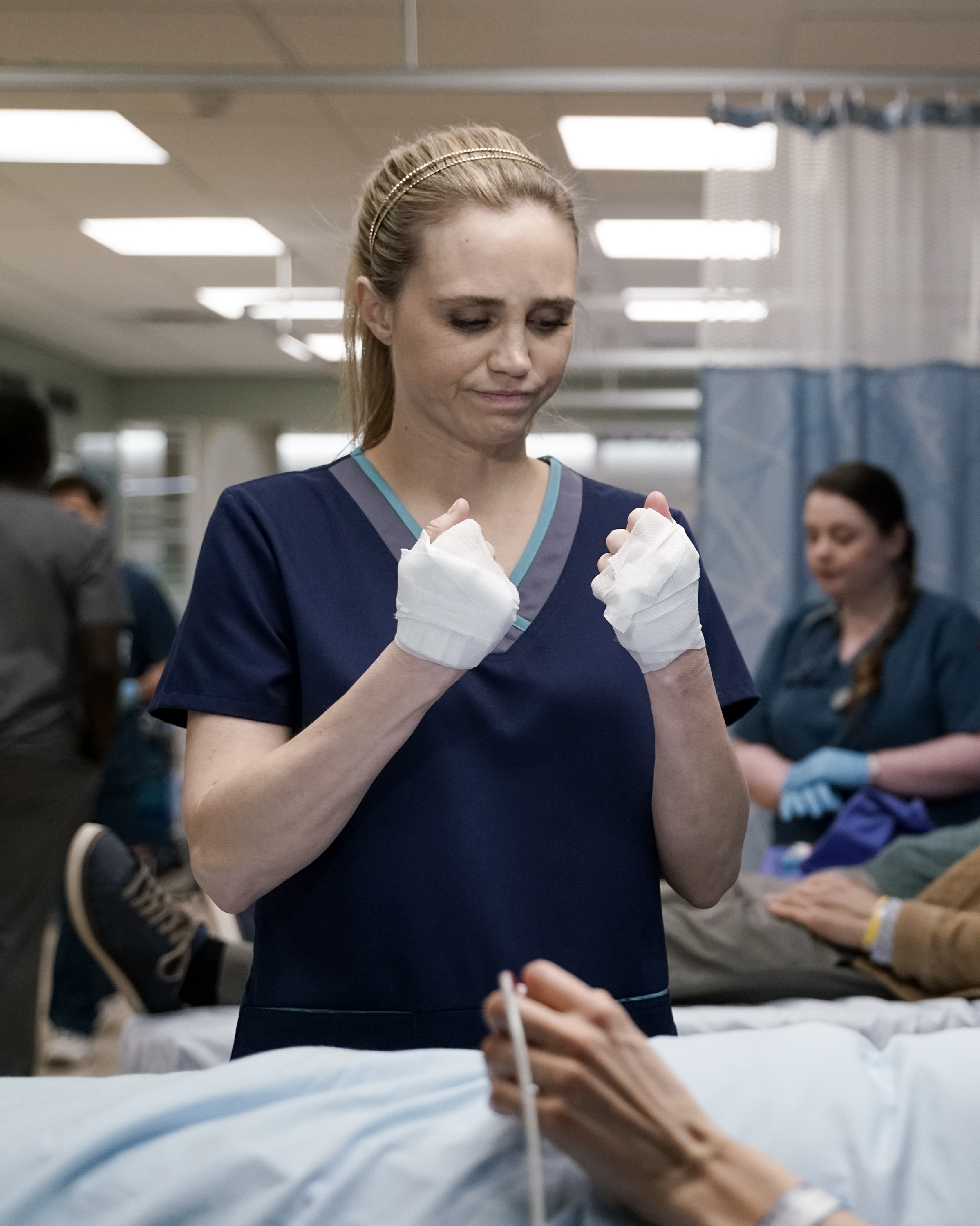 Of how the realistic look was created, Fiona explained: “We have these patches that were oval-shaped, and they would go over each one of my knuckles.

“…The stitches were real stitches that were tied into this adhesive that was made from glue. They would wet it and stick it to my hand and it would attach and, incredibly, it looked like real stitches.

“A couple they would add on individually by just gluing them down.

“We have incredible make-up artists, and they would come in and touch it up with different make-up paints and make it look really real and believable.” 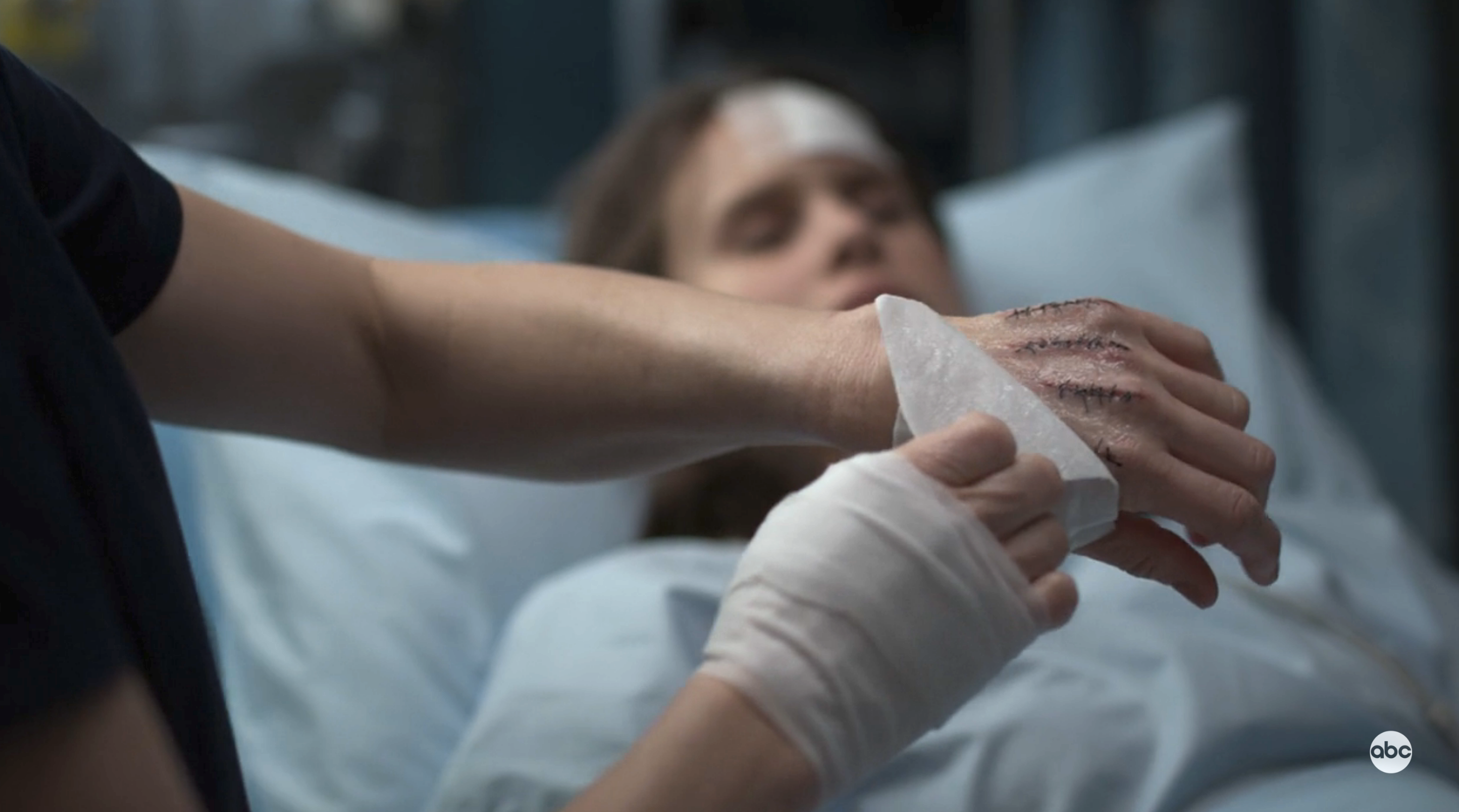 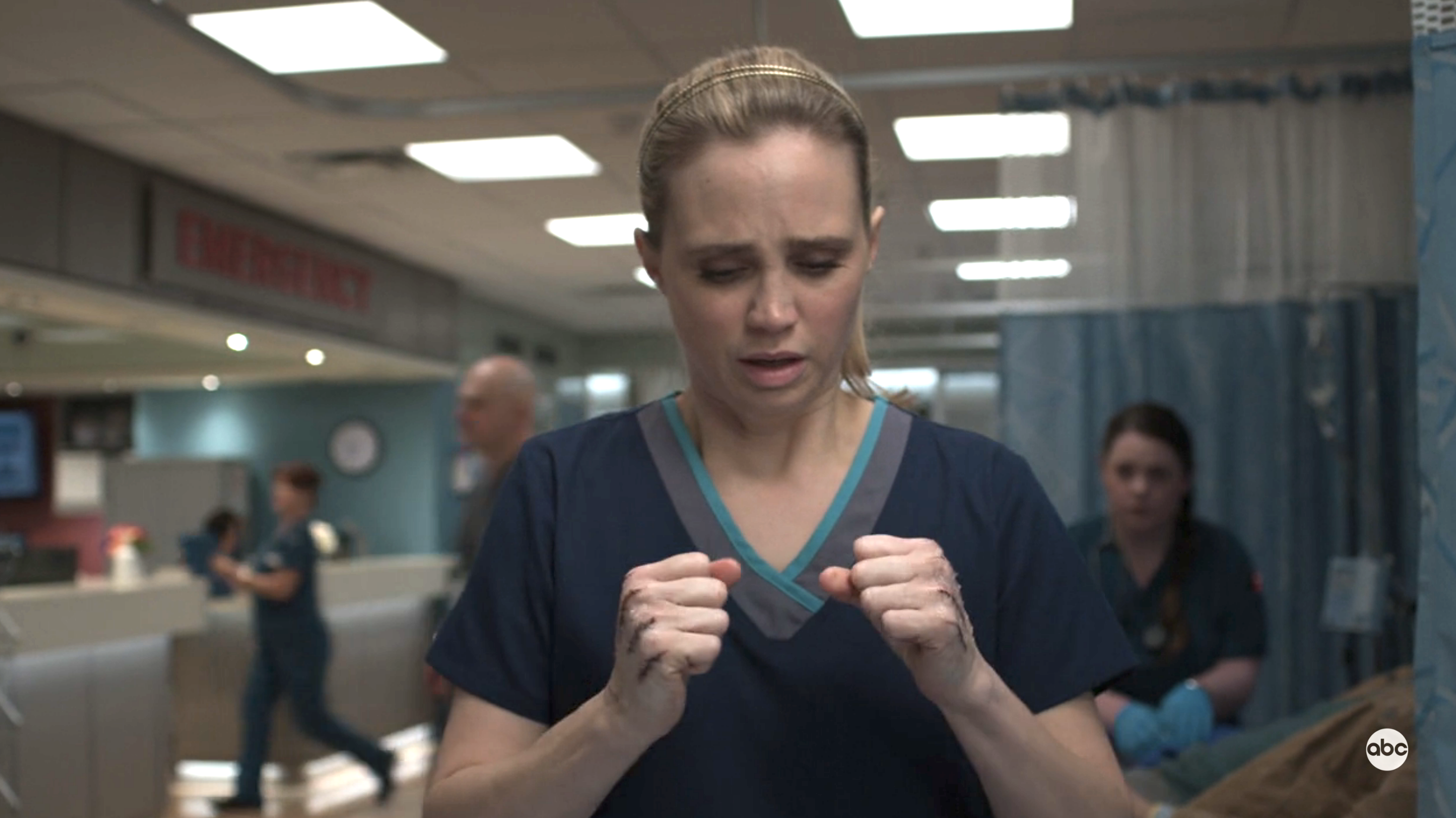 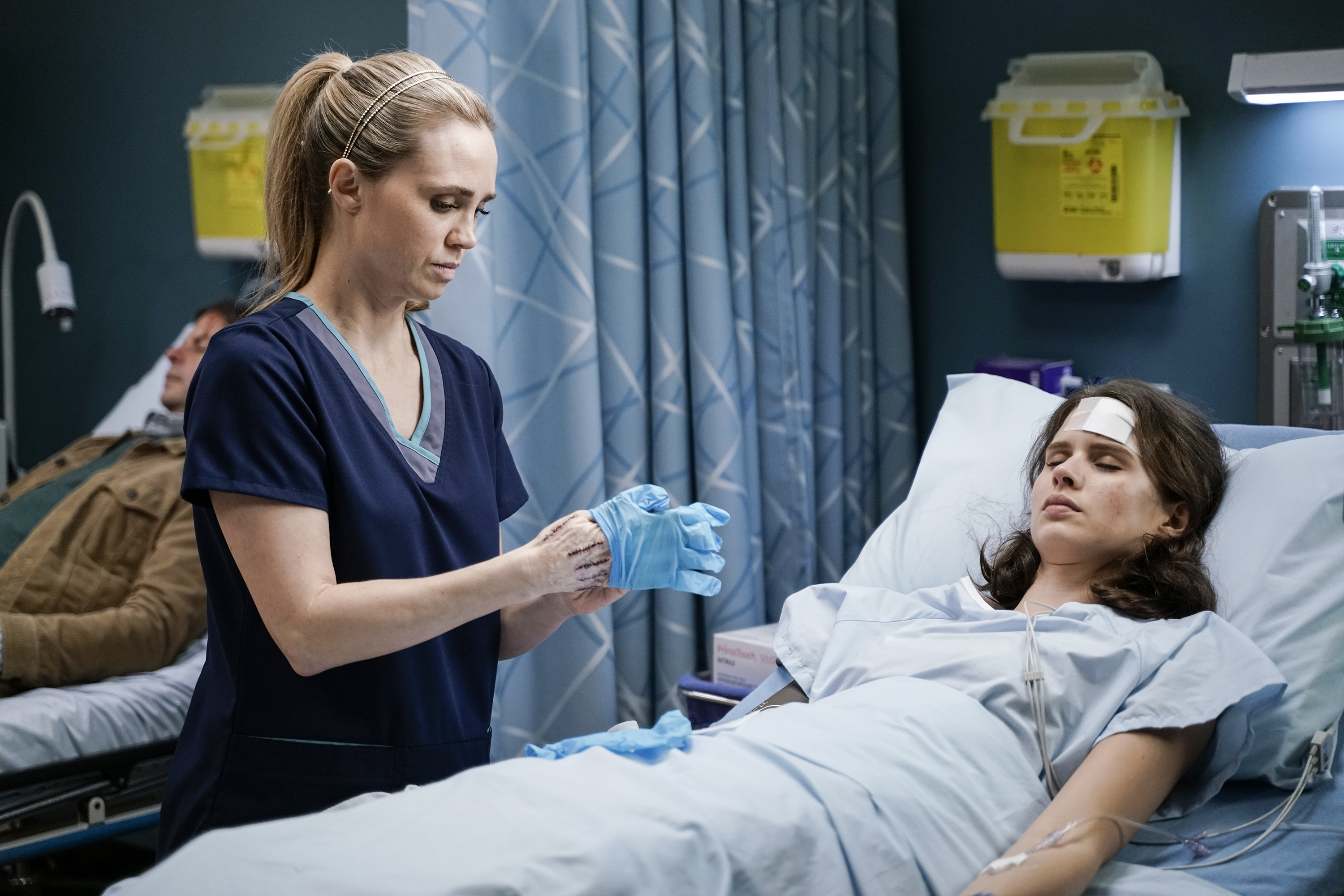 She added that the hard part about having all of this work done on her hands was having “to be really careful about not messing them up.”

The Hallmark Channel actress said she wasn’t able to do too much with them and was forced to simply walk around set with her hands “stuck out” the whole time.

Fans will find out whether or not Morgan ends up going through with the surgery during part 2 of The Good Doctor’s season 3 finale on Monday.

When asked if her character will still be able to do what she loves, Fiona revealed: “I honestly don’t know. Hopefully she can still be a surgeon…I hope she can keep operating.”