GOOD Morning Britain fans were left chuckling into their breakfast today after a panicked woman was seen running away from the camera.

The startled waitress made the sudden mad dash during a live segment in Newport, Wales, with GMB correspondent Nick Dixon. 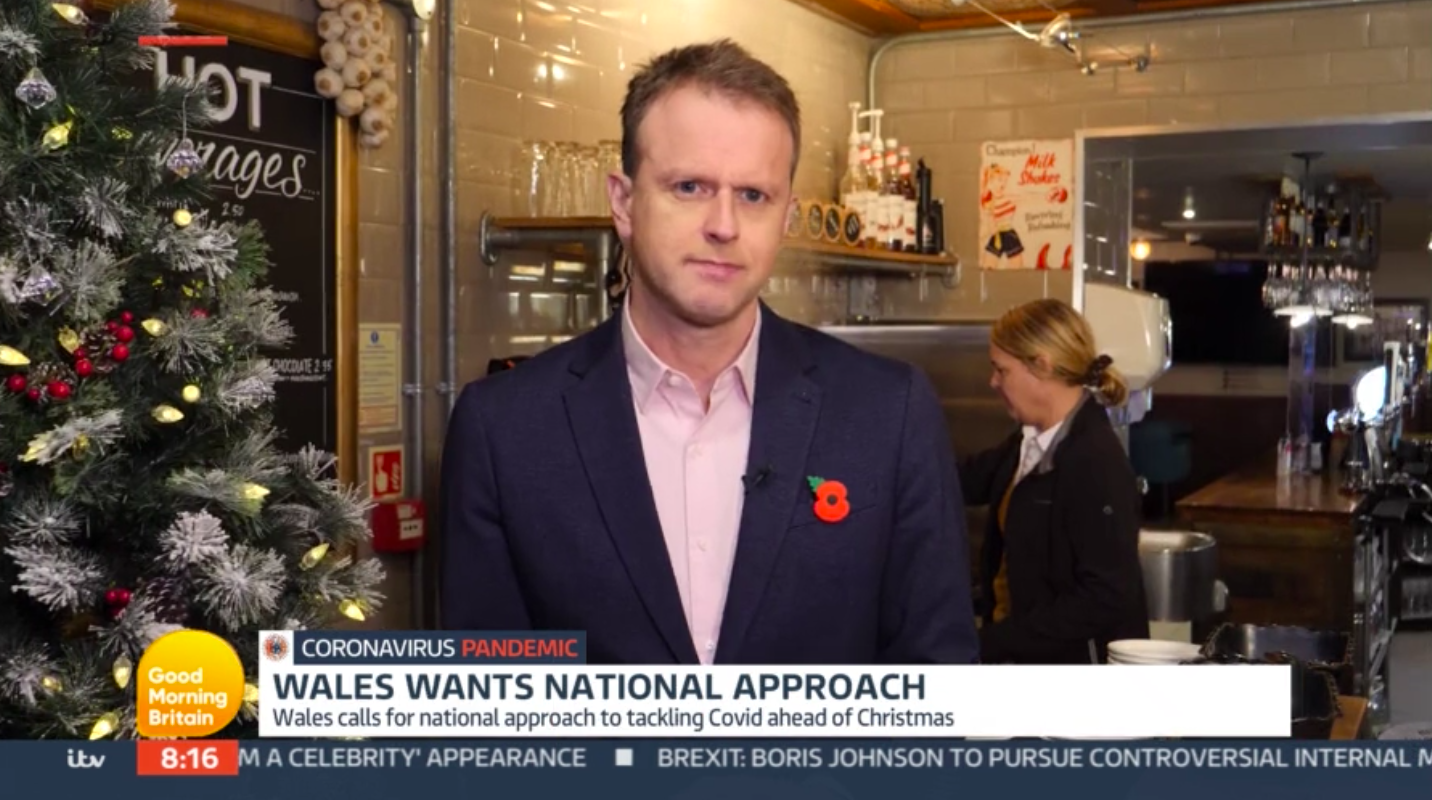 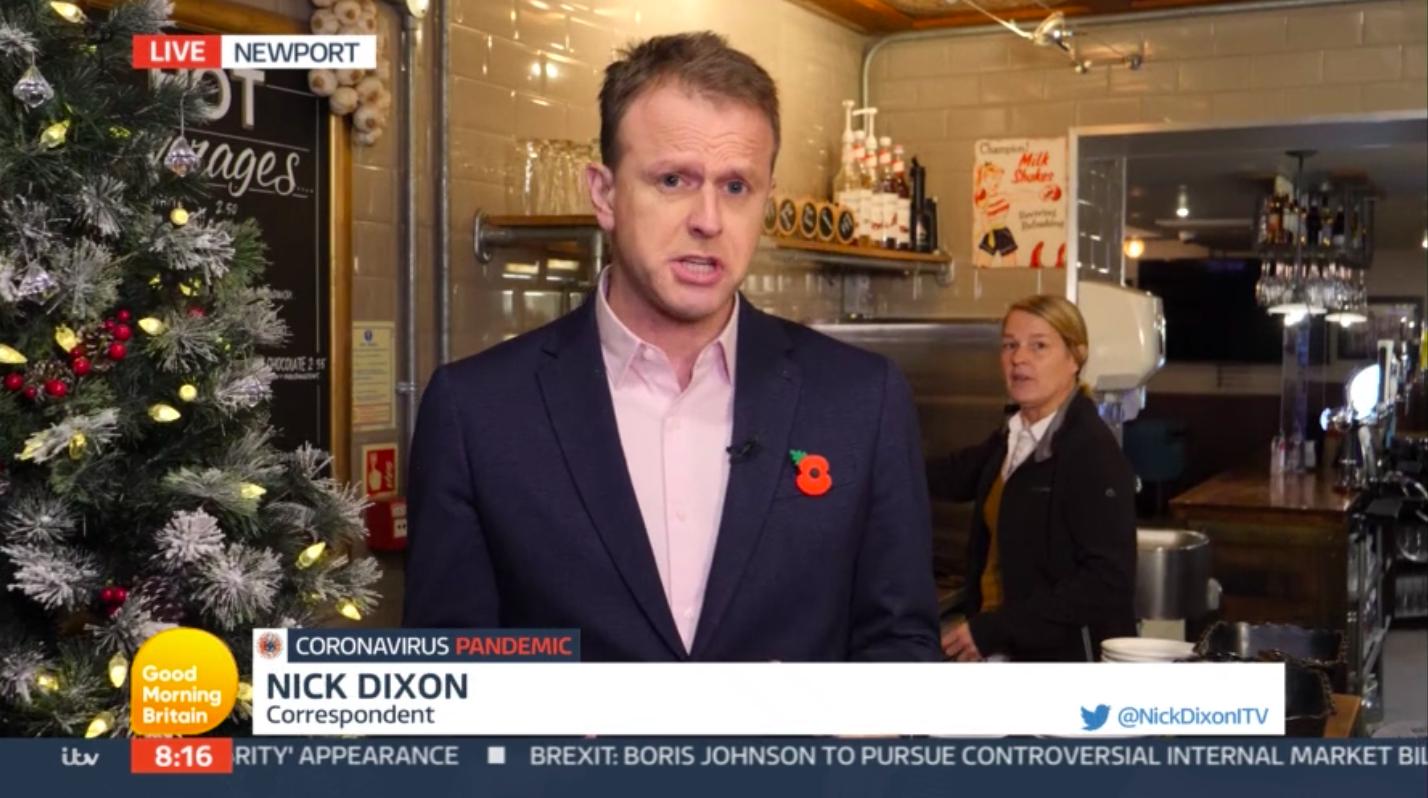 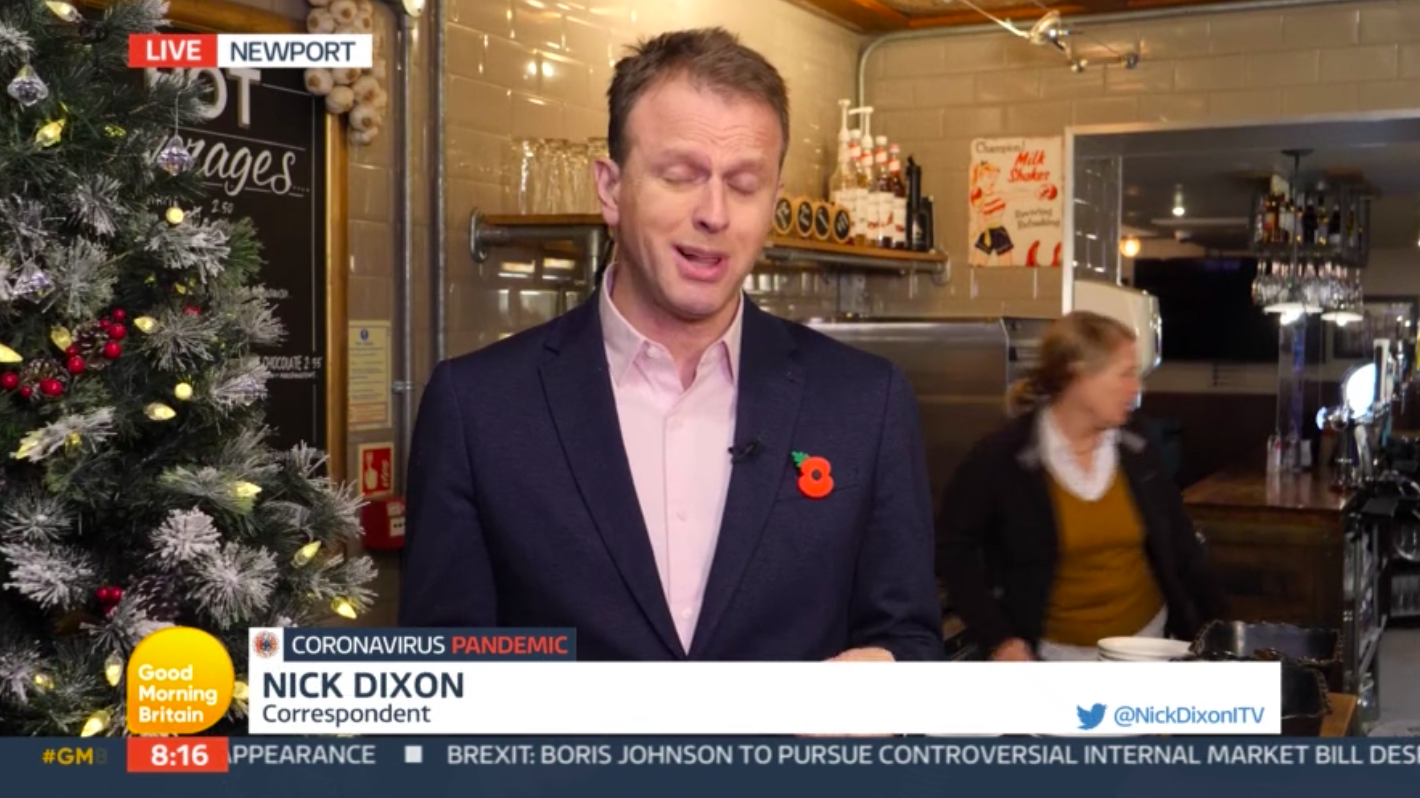 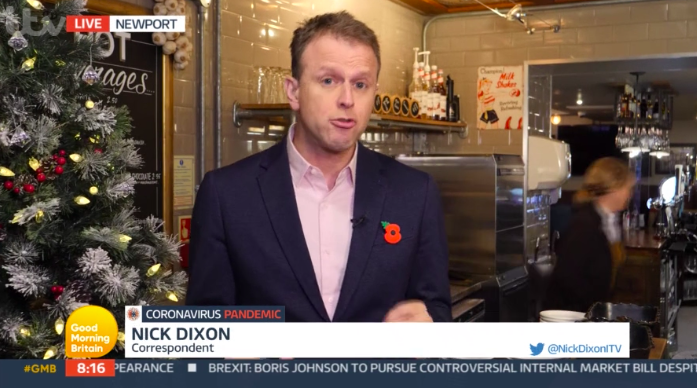 Nick was standing in a reopened cafe to mark the end of Wales' 17-day 'firebreak' lockdown when the employee realised she was on camera.

She then made a quick U-turn and appeared to actually run away from shot.

Taking to Twitter, one viewer said: "The coffee-making woman just made me howl!"

Another added: "Laughing at this woman on #gmb #goodmorningbritain who realised she was on camera too late." 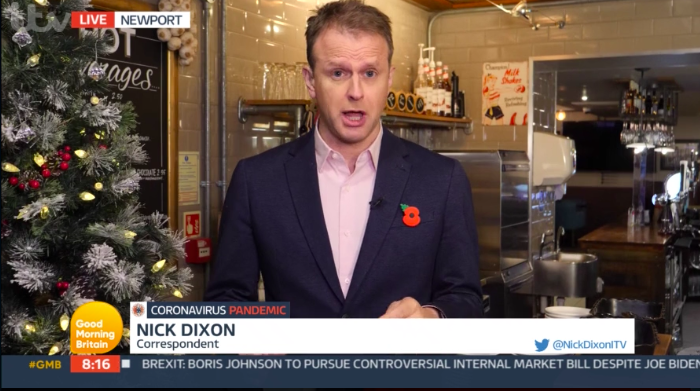 A third tweeted: "That woman bolted it when she saw she was on camera in the coffee shop haha #gmb."

One fan of the show even said: "The woman who just did a runner in the background of a cafe in Newport on @GMB is how we all feel about Mondays!"

Meanwhile, Nick also faced his own red-faced moment today after getting his shirt sleeve stuck in a hotel door.

This then sparked GMB host Piers Morgan to reveal the embarrassing time he ended up stranded fully naked in a hotel corridor.

The TV star, 55, had popped out to see if his room service was coming when the door slammed and locked behind him.