”No more ‘blah blah blah,’ no more whatever the f— they’re doing inside there,“ the activist says in Glasgow 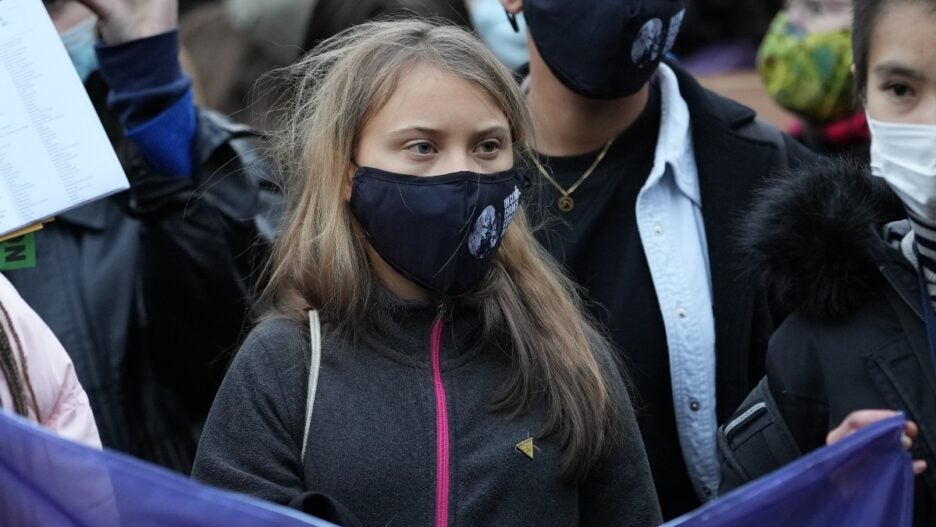 Greta Thunberg gave a rally speech Tuesday in Glasgow near the COP26 conference, leading protestors in a chant of “You can shove your climate crisis up your arse” to the tune of “She’ll Be Coming ‘Round the Mountain.”

“We say no more ‘blah blah blah,’ no more exploitation of people and nature and the planet, ,o more exploitation, no more ‘blah blah blah,’” Thunberg added. “No more whatever the f*** they’re doing inside there. We’re sick and tired of it and we’re gonna make the change whether they like it or not. They’ve been keep on going for too long, and we’re not gonna let them get away anymore. We are not.”

In the video above, The New York Times also captured Thunberg leading the crowd in a chant in which she shouted “What do we want?” to their response of “Climate justice!” and her asking “When do we want it?” for the crowd to respond “Now!”

Thunberg’s arrival in Glasgow was videotaped and posted all over Twitter as she headed to Govan, a district of the city. The COP26 Conference about climate change started Sunday and will run through Nov. 12.