GWEN Stefani served her fiercest looks as she posed in colorful glasses from her eyewear line after she shut down breakup rumors with boyfriend Blake Shelton.

Earlier this month, reports surfaced that claimed The Voice couple were “struggling" as they felt "suffocated and stressed” while in quarantine together. 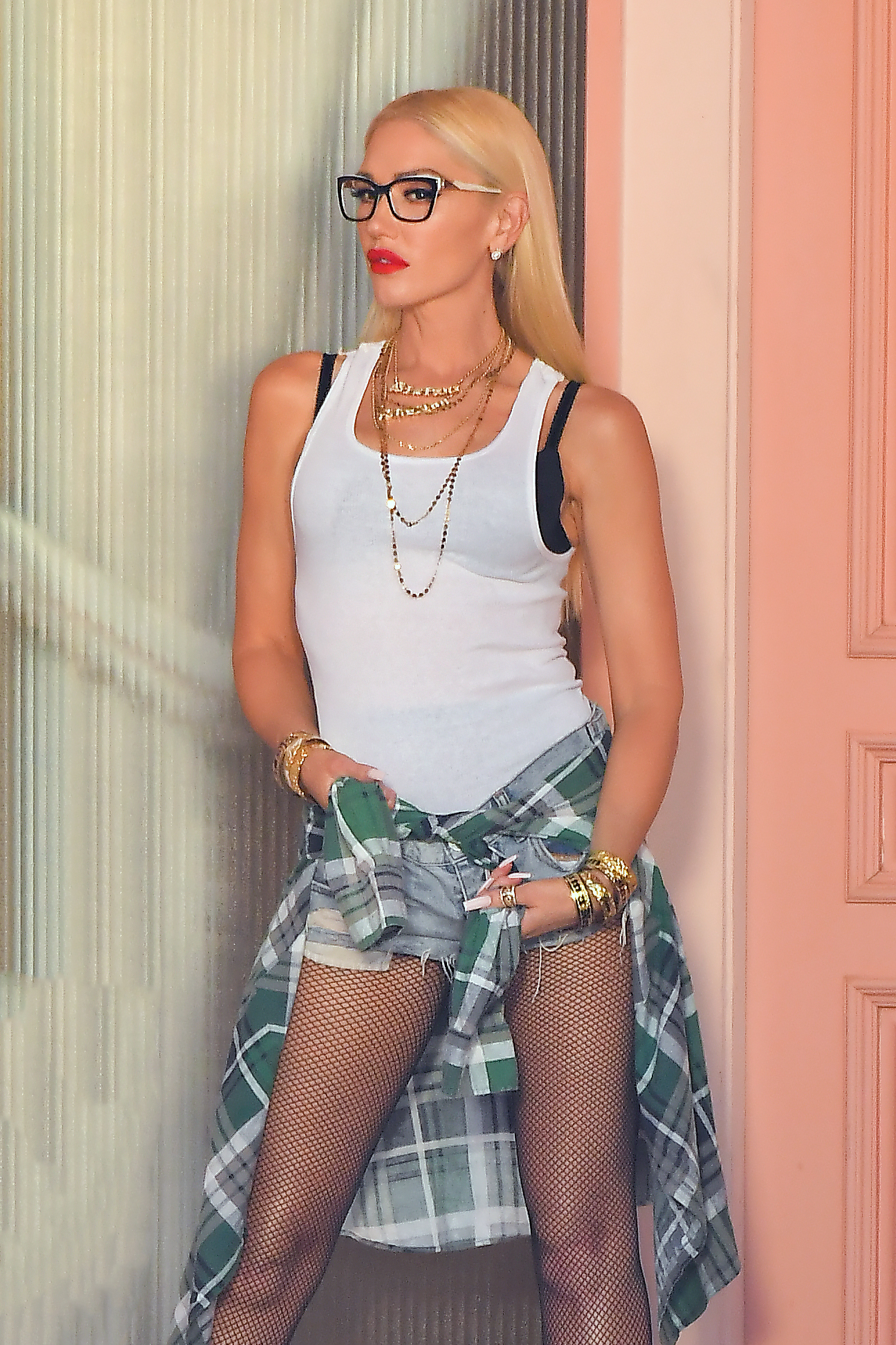 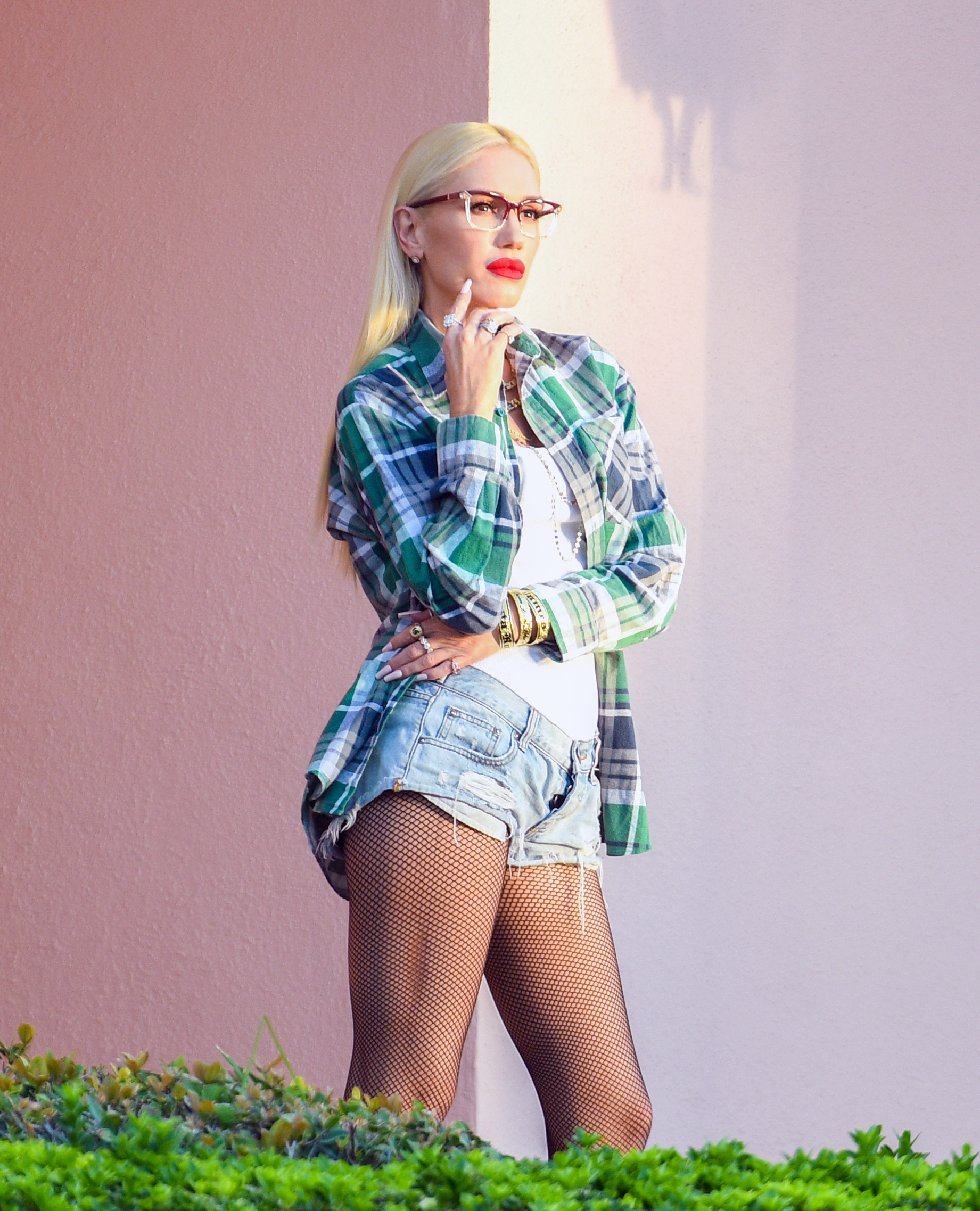 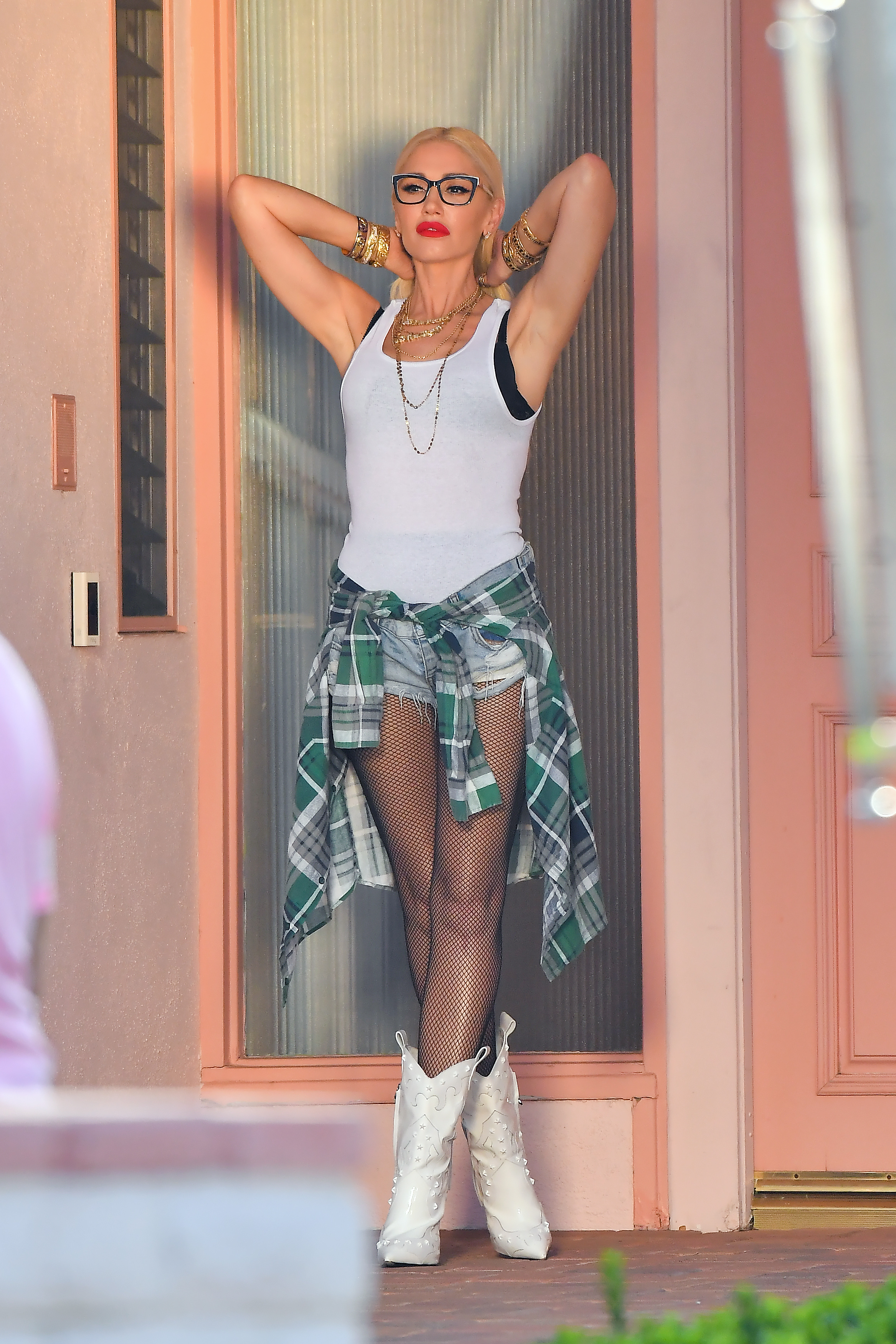 Despite the split speculation, the Hollaback Girl singer, 50, shut down the accusations and called lockdown with her boyfriend “magical.”

Gwen continued to put the whispers to bed as she proudly wore her man’s name around her neck.

As the pop star modeled the latest pieces from her gx by Gwen Stefani line – which consists of affordable pieces that embody her unique style – she wore a large “Shelton” gold necklace.

In addition to rocking Blake’s name, she also wore “Stefani” on a long gold chain. 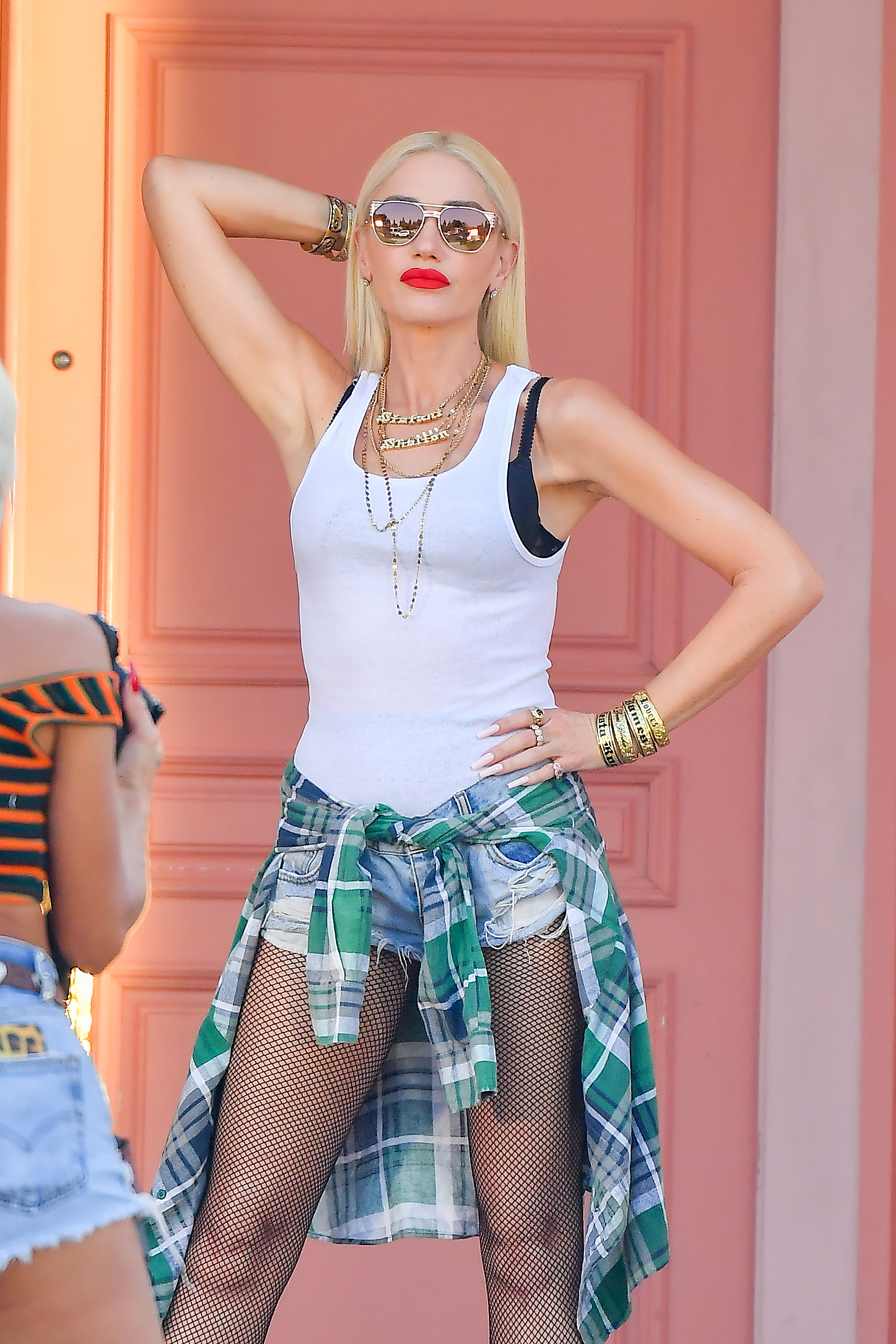 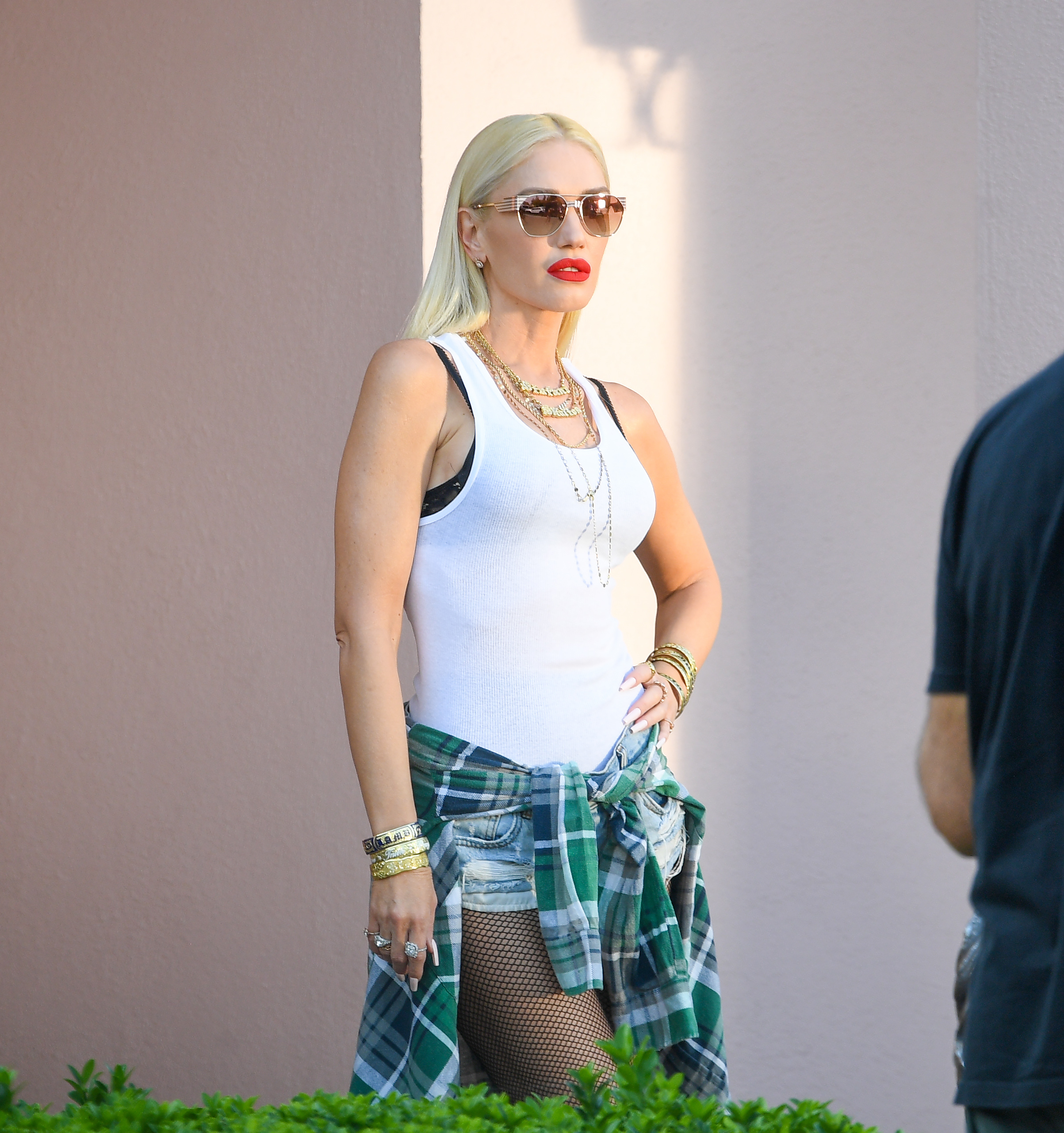 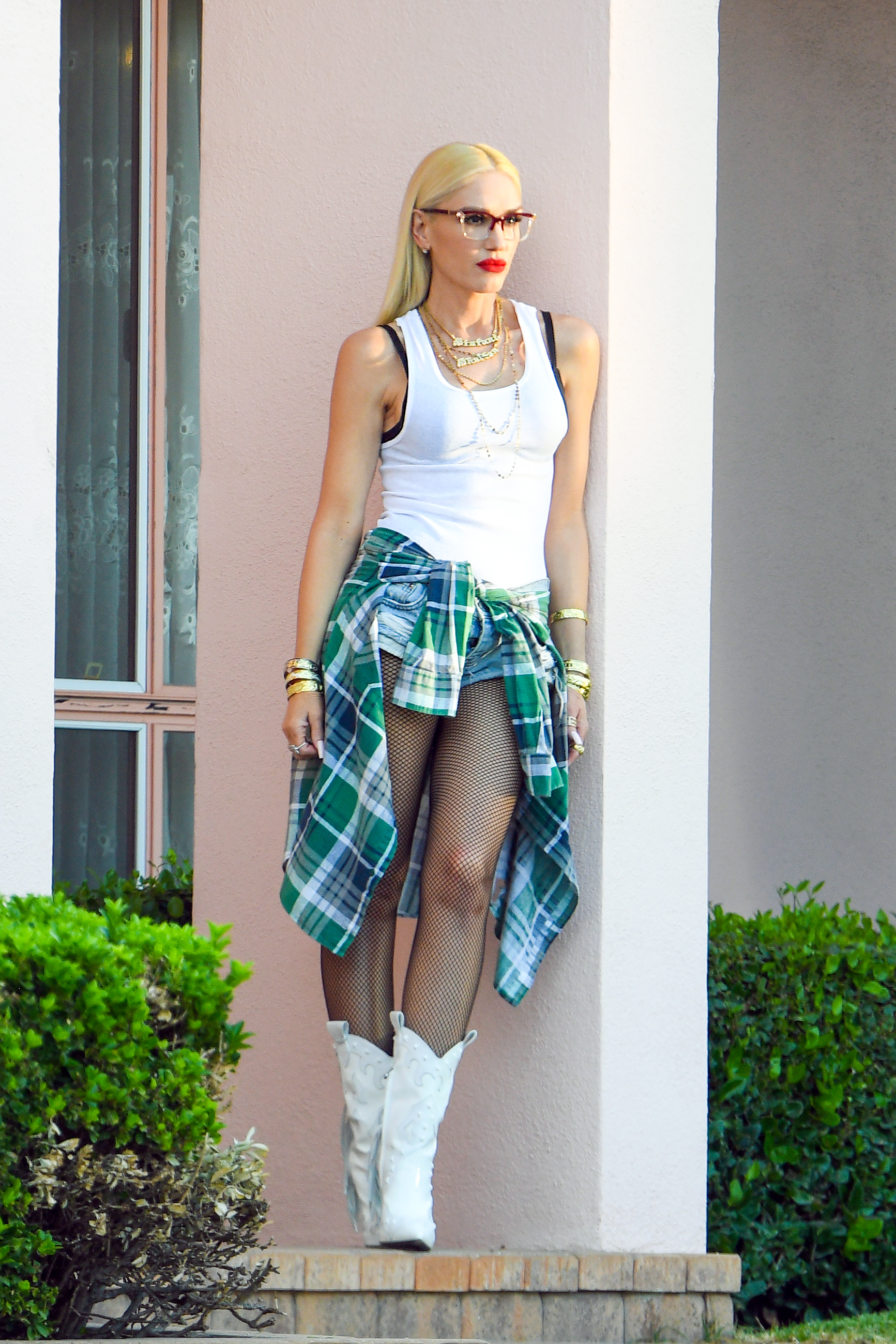 She made sure the country singer’s moniker was on full display as she posed for a photoshoot for her brand.

The blonde-haired mom-of-three wore a plaid button-down shirt over a white tank top and tiny denim shorts complete with her signature red lipstick.

Gwen had on various colorful eyewear frames as she continued to promote the collection on her Instagram Stories.

The Anaheim native pouted her lips as she snapped herself in a handful of various glasses – which retail on average for $130. 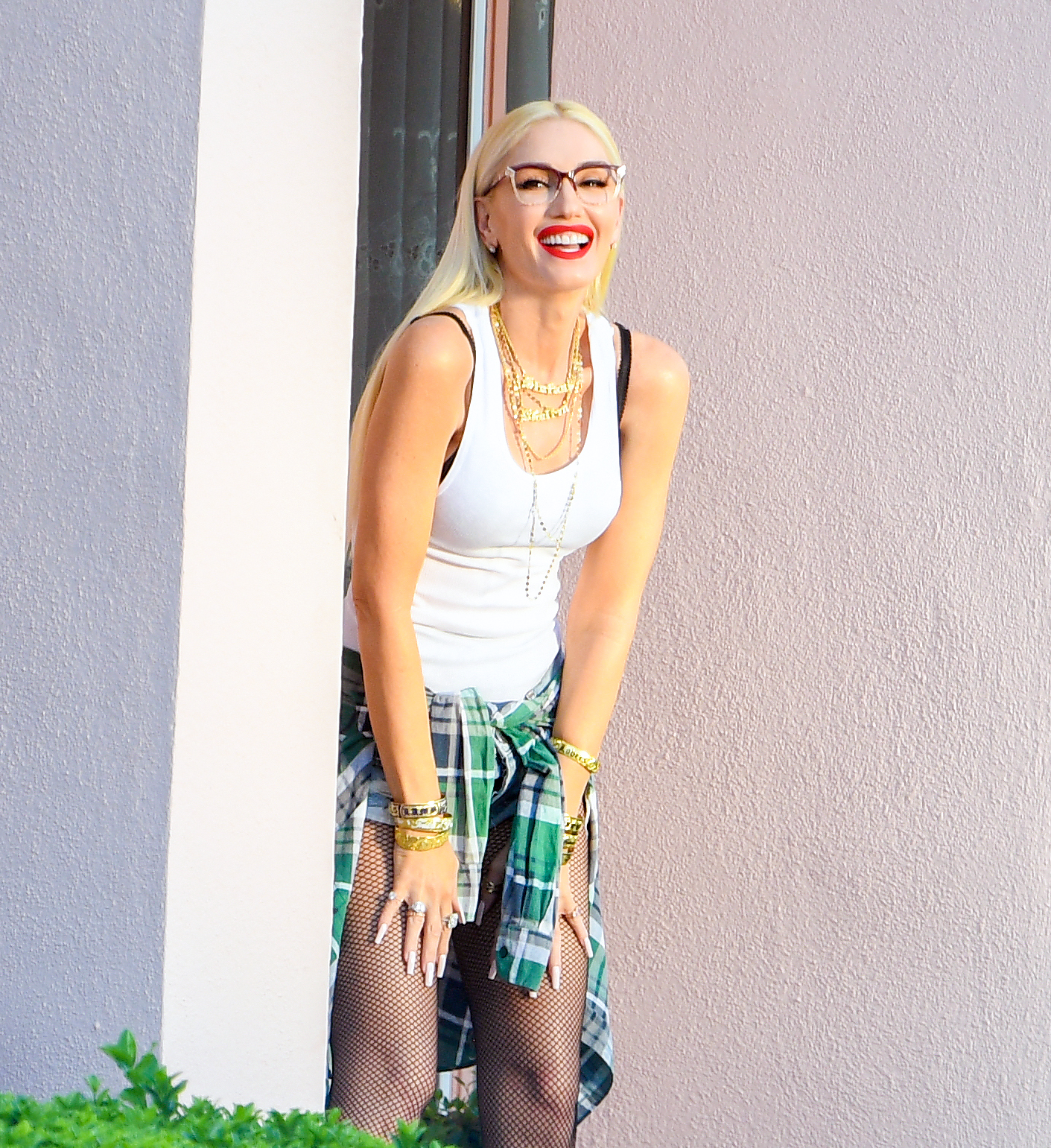 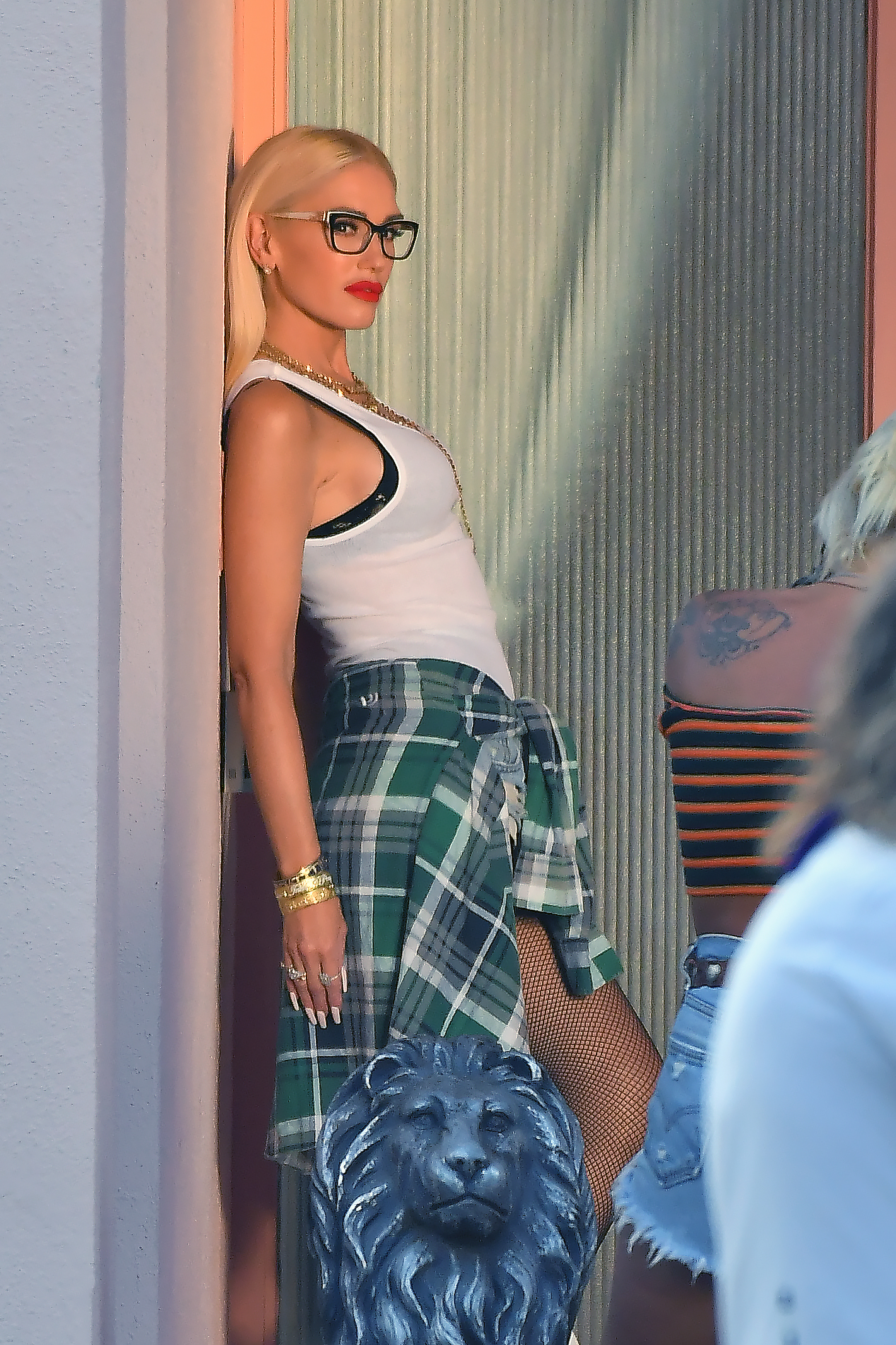 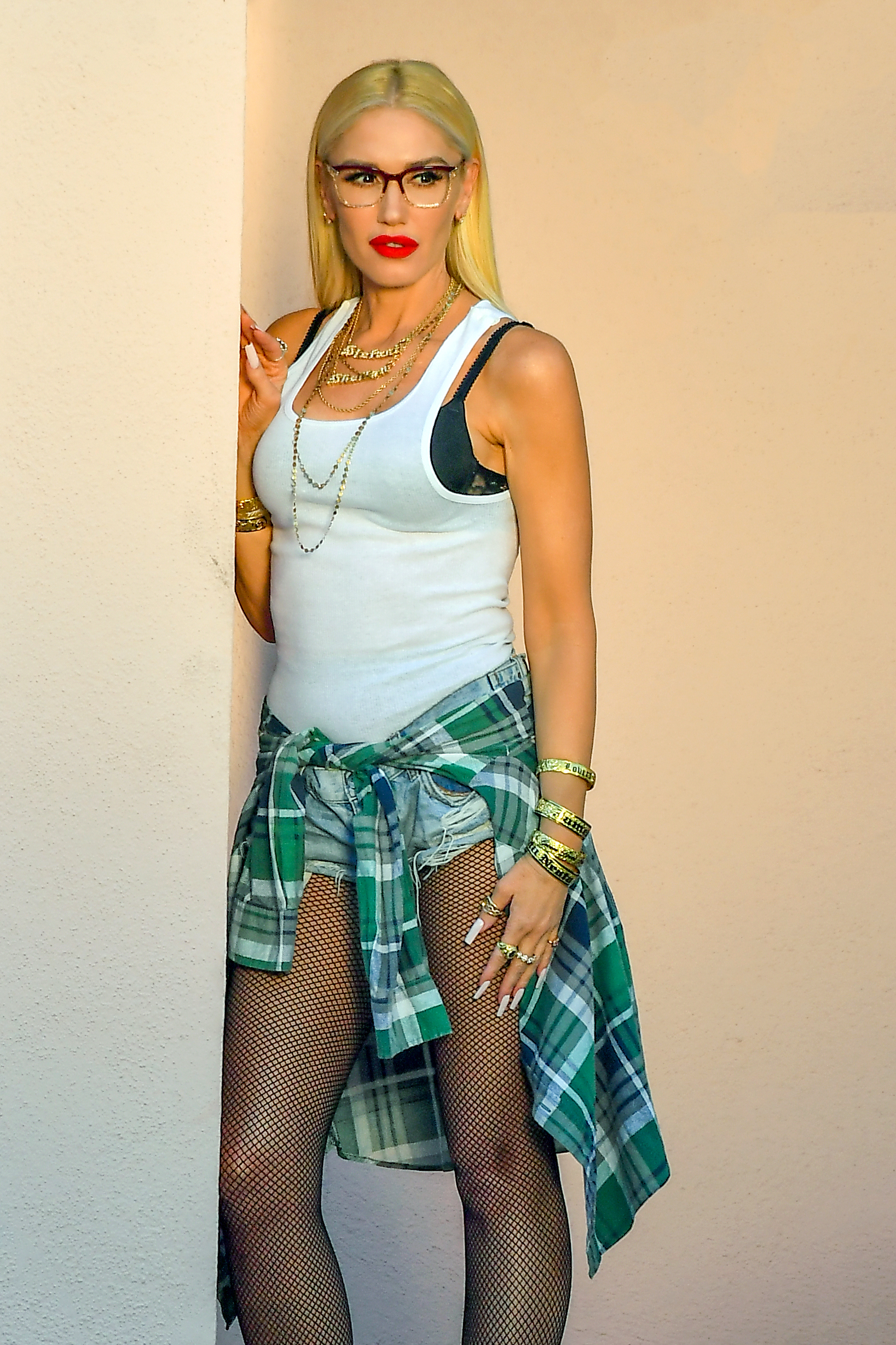 She gave a sneak peek at a clear pair of frame from one of her first clothing lines, L.A.M.B., and rose-printed spectacles from gx.

Blake, 44, and Gwen have been together for almost five years, but insiders claimed recent tough times have put a strain on their romance.

In early September, a source told Us Weekly of Gwen and Blake's recent relationship woes: “They feel suffocated and stressed. They’re both stretched to the limit.” 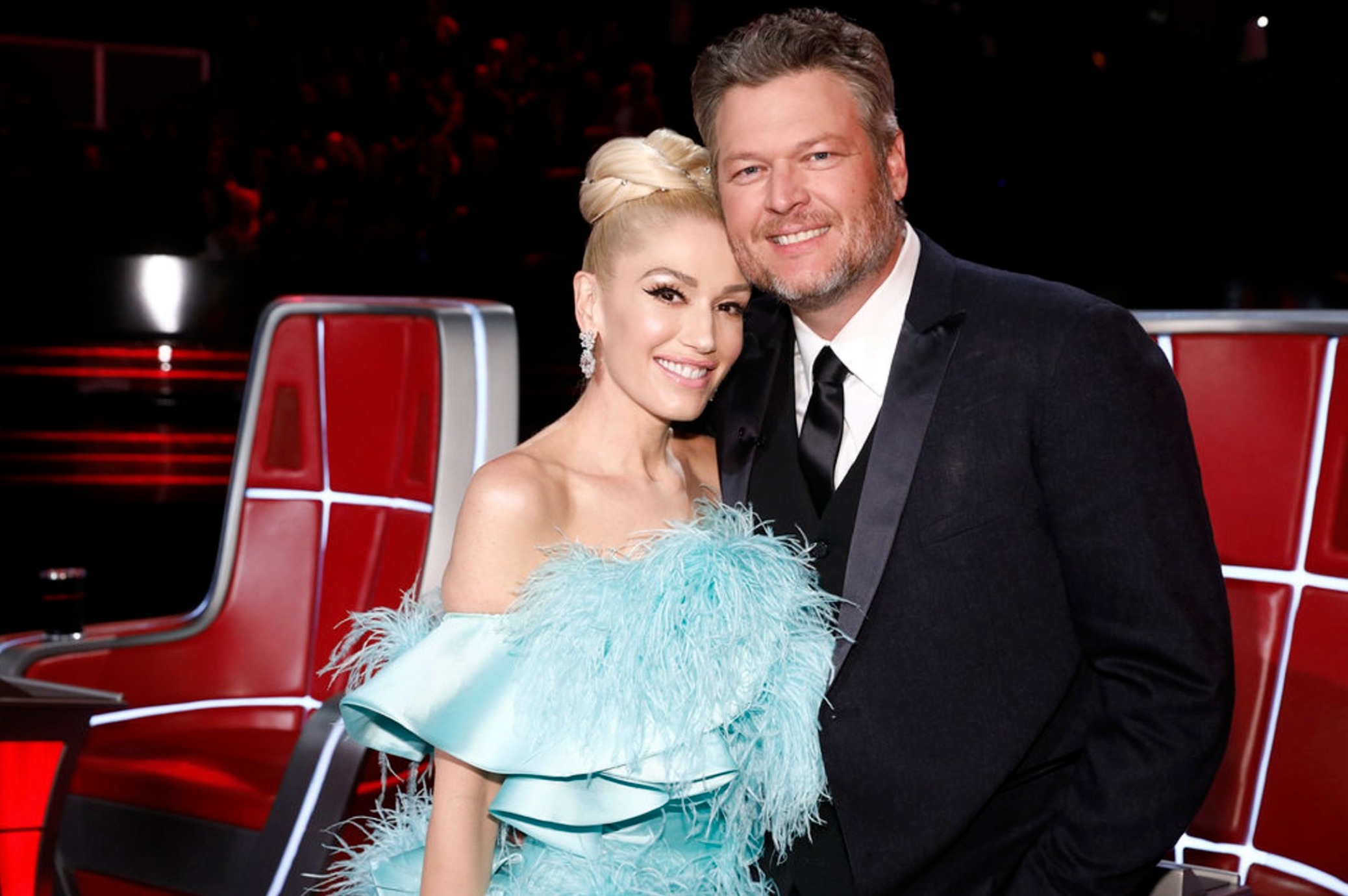 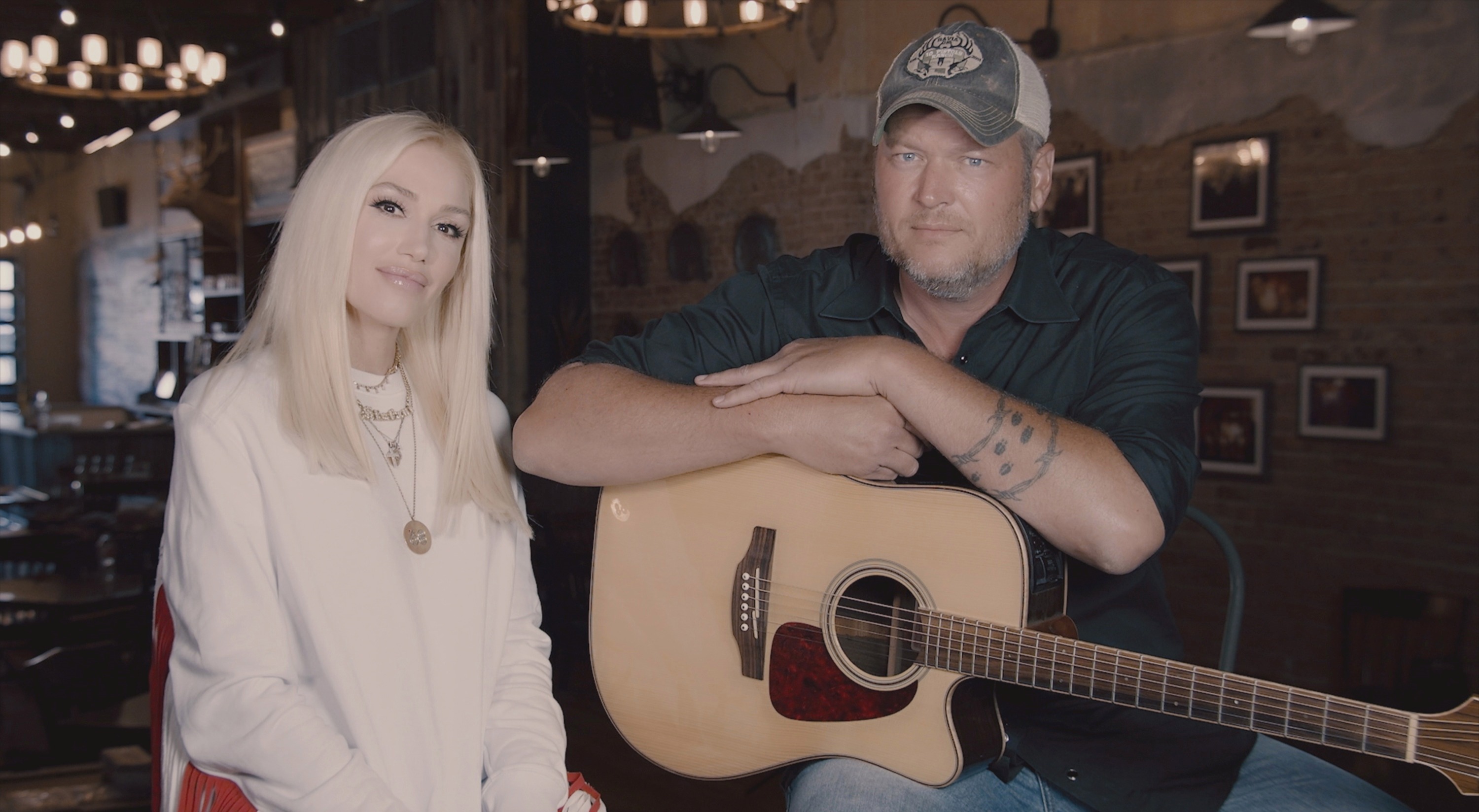 However, the No Doubt vocalist hushed those rumors last week during a new promo for the upcoming season of The Voice.

In the clip, all four judges – which also include John Legend and Kelly Clarkson – updated their fans on what they did during quarantine.

Gwen – who has three kids with ex-husband Gavin Rossdale – said: "It's been pretty magical for Blake and I and the kids because we don't ever have that much solid time together. 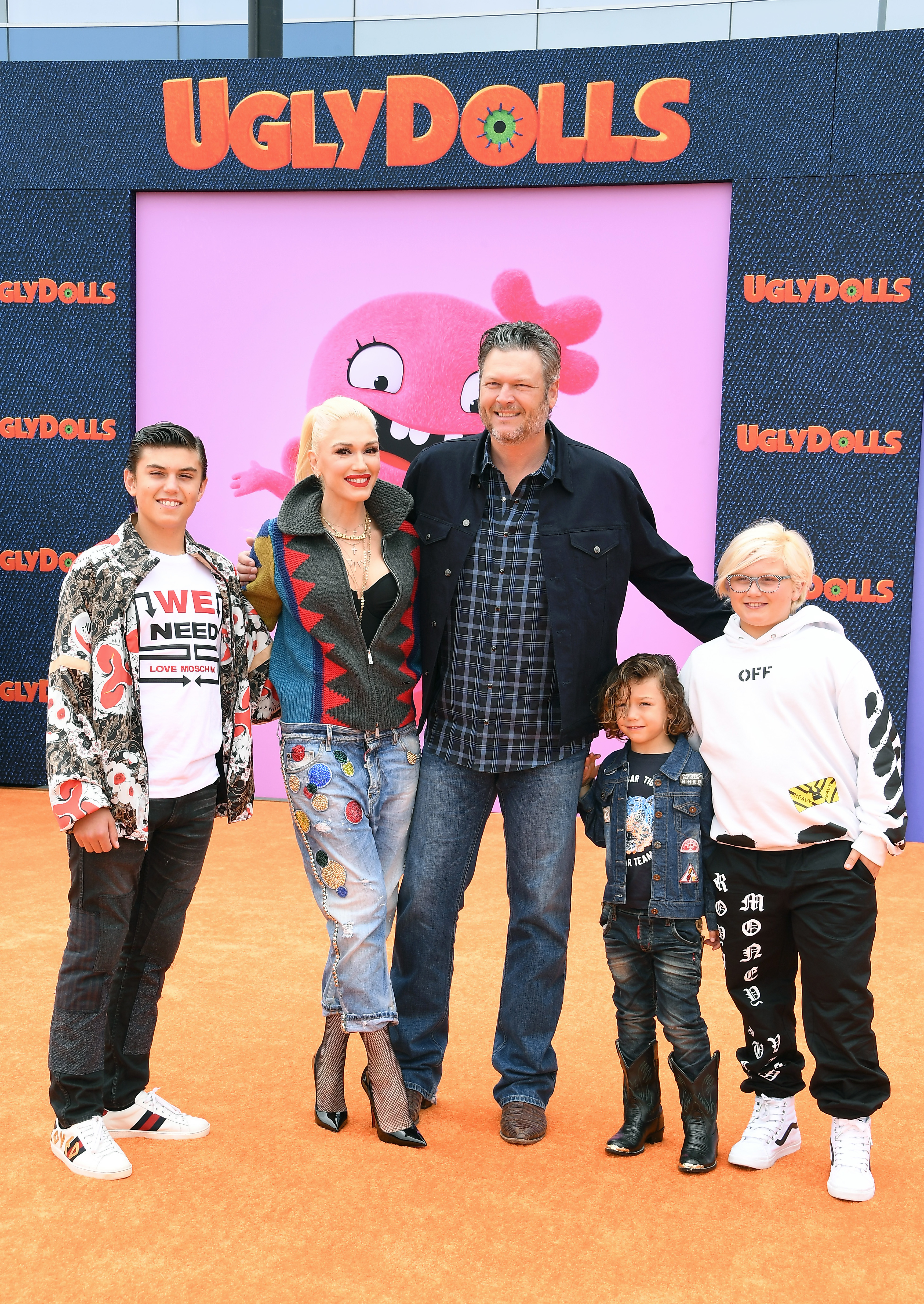 She added: "I learned how to make sourdough bread like everybody else. It took me like a month to get my starter right.

"We did so much stuff. We built a garden, we planed zinnias. We planted thousands of zinnia flowers. It was just like a lot of stuff you kind of dream about doing but you never have time to do.” 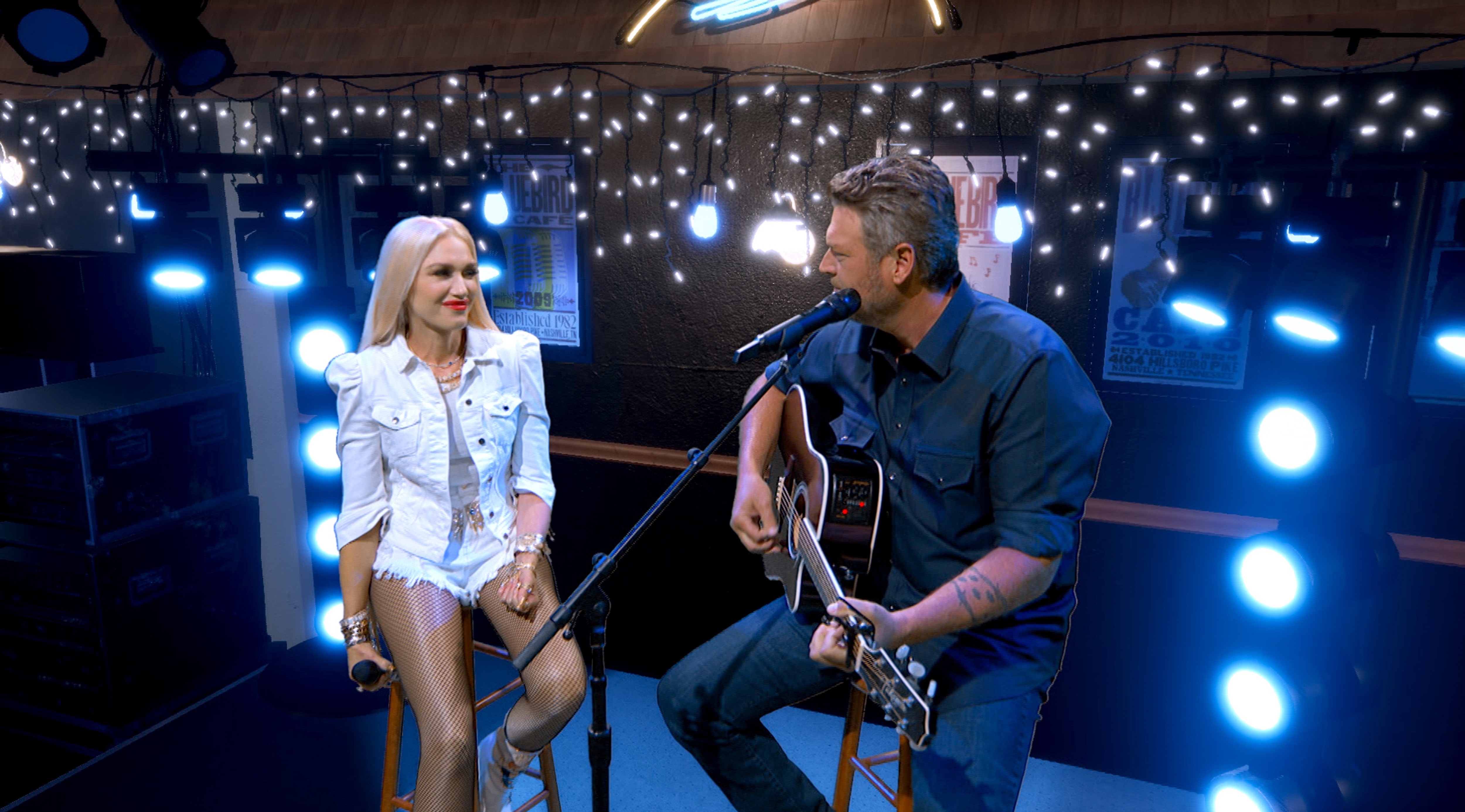 The CMA song of the year winner also shared what filled up his time as he said: "This year because we were there, and there was so many (peaches), and there was nothing else to do, we got online and we learned how to make jam.

"And we made like cases of peach jam. I'll probably never do that again, but now I know how to do it."

The couple also came together at the ACMs earlier this month for a romantic rendition of their song together, Happy Anywhere.