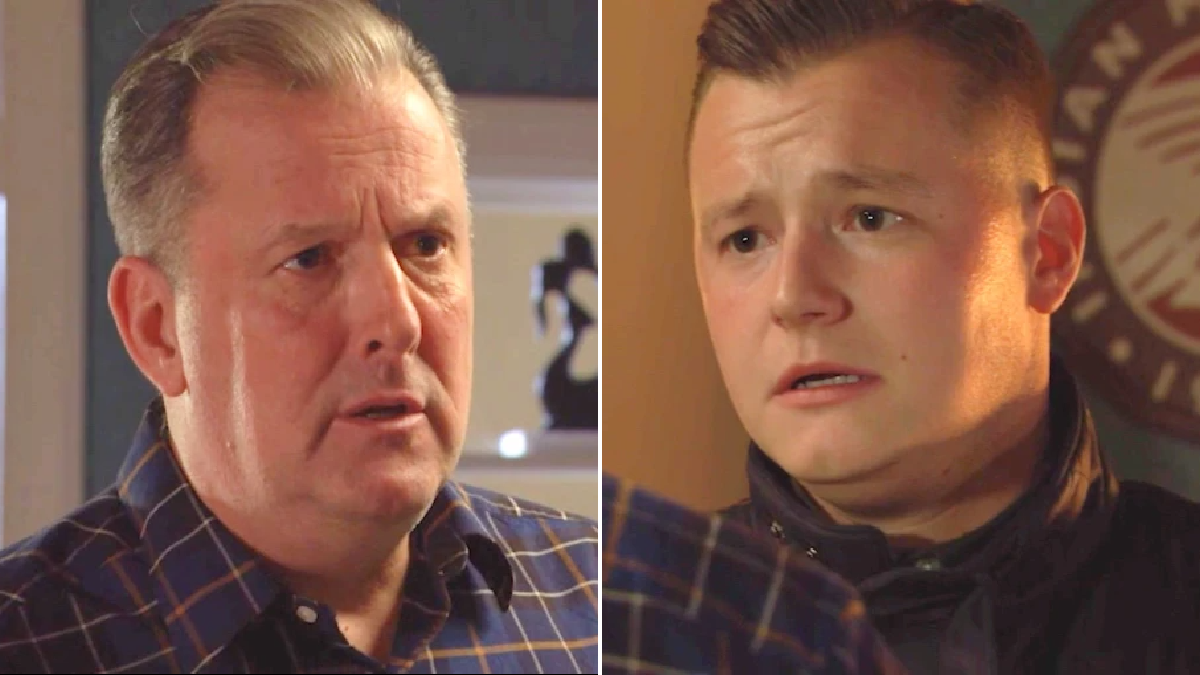 Aaron Monroe (Charlie Wernham) didn’t send a text message that would set an explosive device off in EastEnders.

The far-right extremist has been in the middle of planning to destroy the new mosque in Walford, along with Neil and their gang.

Initially wanting to set fire to the building, Aaron was shocked when Neil put forward the idea of planting a bomb instead.

After discovering his son’s plan, Harvey (Ross Boatman) pleaded with him in tonight’s episode, desperate for Aaron to prevent the bomb from going off.

Harvey was disgusted as Aaron ranted at him, explaining his reasons why he wanted the mosque to explode.

For a moment, it looked like Aaron was really going to go through with the plan.

He called Neil and prepared to send the text that would cause the device to go off.

However, in a split second, Aaron’s phone dropped to the floor – he didn’t send the text.

As morning broke, residents gathered outside where Callum (Tony Clay) informed them someone had told the police about an explosive device in The Argee Bhajee.

In the background were Aaron and Harvey, watching their friends and family try and process the horrific news.

After the ordeal, what’s next for Aaron?

Aware of what his son had planned, could Harvey report him to the police?