“We wanted to hit the ground running as soon as production was back up, so we took that down time to educate ourselves,” Hallmark’s Michelle Vicary says

The coronavirus threatened to be the Grinch for Hallmark and Lifetime this year, robbing the networks of their plans to shoot beloved holiday TV movies as TV and film production ground to a halt earlier this year.

But eight months after the pandemic shutdowns began, programming executives at both networks have pulled off a Christmas miracle: producing just as many holiday movies in 2020 as they did last year — 40 at Hallmark, which air across the Hallmark Channel and Hallmark Movies & Mysteries, and 30 at Lifetime.

So how did the cable channels manage to make sure their Christmas slates wouldn’t shrink in a year plagued by the pandemic?

At Lifetime, the strategy was to shift focus to the holidays as quickly as possible, which allowed them to make every one of the planned 2020 movies, with a chance “one or two more” might be shot as well.

“When the pandemic really shut everything down, we had a handful of our other original movies that we had anticipated that we were going to move into production prior to starting the Christmas films,” Amy Winter, head of programming at Lifetime, told TheWrap. “And as we looked at it, we realized, maybe nobody knows that those movies are coming, but everybody knows we’re supposed to have a Christmas season, so let’s move all of our focus into trying to make sure we can get these Christmas films done. So as soon as things started to open up safely, we pivoted all of our productions to delivering on these 30 premieres that we’ve got coming.”

Then it came down to the logistics — such as, how do you get your characters to cozy up when they are played by actors who don’t want to catch COVID? 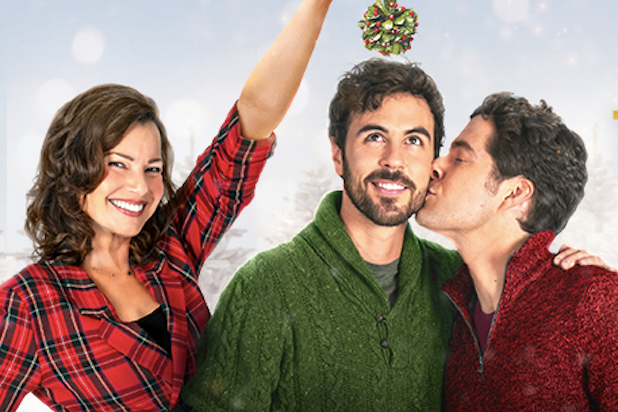 “Everybody was incredibly concerned about, as we were figuring it out, making sure that we were following the best possible guidelines to keep people safe,” Winter said. “We all sat down, even before we got started, saying, how is anybody even going to kiss in these movies, given the circumstances? And the greatest, oddest solution I’ve seen so far is people kissing through plexiglass that can be removed in post, which is absolutely phenomenal.”

Winter said having married actors Blake Lee and Ben Lewis as the stars of “The Christmas Setup,” Lifetime’s first-ever holiday movie centered on a gay love story, eliminated the kissing problem for at least that project.

“The other thing was, we had scripts in place, but we went through them with a little bit more detail and an eye toward, obviously, you can’t have a ballroom filled with a gazillion extras. It would not be safe,” Winter said. “So a few scenes had to be adjusted accordingly, to make sure that we were protecting everybody, which might be a fun game for people to play this year: Spot the differences.”

For Hallmark, the pandemic shutdown on productions had at least one benefit: the time to step back and think things through before anyone stepped foot on a set again. 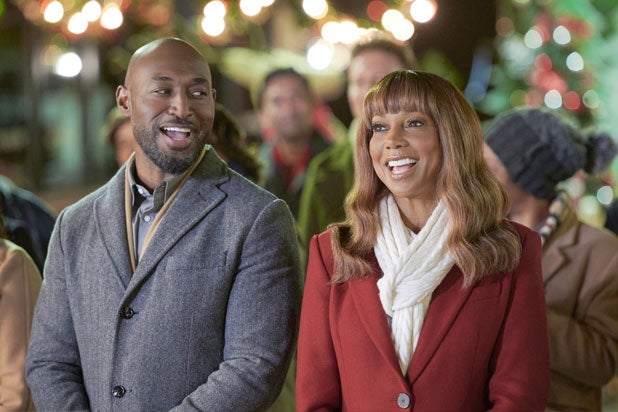 “We learned about the production shutdowns at the same time as the rest of the industry,” Hallmark programming chief Michelle Vicary told TheWrap. “And in some ways, having to take that pause was an advantage. It forced us to take a breath, assess the projects we had in development, really hone the stories, and game out every single detail of every single production. I’m very pleased to say that we did not have to sacrifice a single project. We produced every movie we had originally planned.”

But in a typical year, Hallmark would have looked to top itself in quantity — along with quality — something that just wasn’t a possibility with COVID-19.

“Over the past several years, we have increased the number of original holiday movies each year,” Vicary said. “As you can imagine, the onset of the pandemic created significant challenges for every network and production company. We wanted to hit the ground running as soon as production was back up, so we took that downtime to educate ourselves on industry guidelines and precautionary measures that ensured maximum safety on our sets. It was time well spent because we were able to really dive in as soon as we could start shooting again. I’m incredibly proud of the fact that we were able to complete as many movies as we were and without compromising production quality at all.” 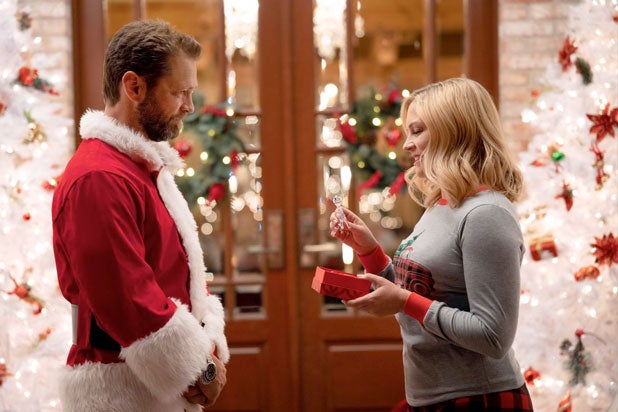 Hallmark and Lifetime both began airing their holiday movies before Halloween — Lifetime’s first on Oct. 23 and Hallmark’s a day later  — and though the pandemic isn’t a plot point in these movies, several of them were shaped by COVID behind the scenes.

“‘One Royal Holiday,’ which filmed in Connecticut, is special because of an unforeseen confluence of circumstances,” Vicary said. “We were not able to cast until after the pandemic, which as we all know resulted in the most extensive shutdown of Broadway in history. In a show of solidarity, we intentionally reached out to some of the Great White Way’s most talented performers, and ended up casting Broadway stars Laura Osnes, Aaron Tveit, Victoria Clark, Krystal Joy Brown and Tom McGowan.”

Vicary said that Hallmark’s “Christmas Doctor,” which stars Holly Robinson Peete, who executive produces along with Al Roker, “is especially compelling and relevant in a year when the importance of doctors and the sacrifices they make is more evident than in any other time in recent history.”

In Lifetime’s lineup, Winter said a few projects have “a wink to it.” 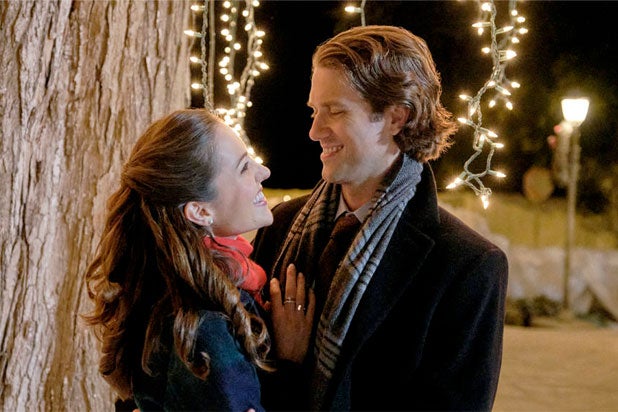 “In ‘Dear Christmas,’ which stars Melissa Joan Hart and Jason Priestley, there’s a sweet little C storyline about selling these heart ornaments and the proceeds go to first responders. Little nods like that, but it’s not a huge plot point because we just feel like people just want to see something other than what their real lives are dealing with this day-to-day Zoom-athon that we’re in.”

Winter said careful consideration was put into how this year’s Christmas would be like none before it, and what Lifetime wanted to give its viewers amid so much uncertainty.

“I sent an email about that a few months ago. Christmas is an all-hands-on-deck project for everybody across the network. And I sent a note out to everybody saying, let’s reflect on what’s going to be going on as we enter the Christmas season. Who knows if there is going to be a real Halloween. Everybody’s Thanksgivings are going to be disrupted because we don’t know who can actually get together if you’re not in a bubble. There’s election season. All of this stuff is swirling and people are going to need that escape.”

Winter wants that escape to be something “blissful” and “wonderful” for Lifetime’s fans, but not one that fully ignores the realities of their day-to-day lives.

“And we wanted to acknowledge, and what we presented was: We know that this is happening out there, too. So we’ve wrapped our season around, ‘It’s a Wonderful Lifetime,’ but I think you see in every message that we have, we need a little Christmas right this very minute. And I think that’s what we’ve truly embraced.”