THEIR stunning bikini bodies and chiselled six packs had millions of viewers drooling over them in the Love Island villa.

But some of the reality show’s best-loved stars have caught the attention of the biggest names in showbiz too. 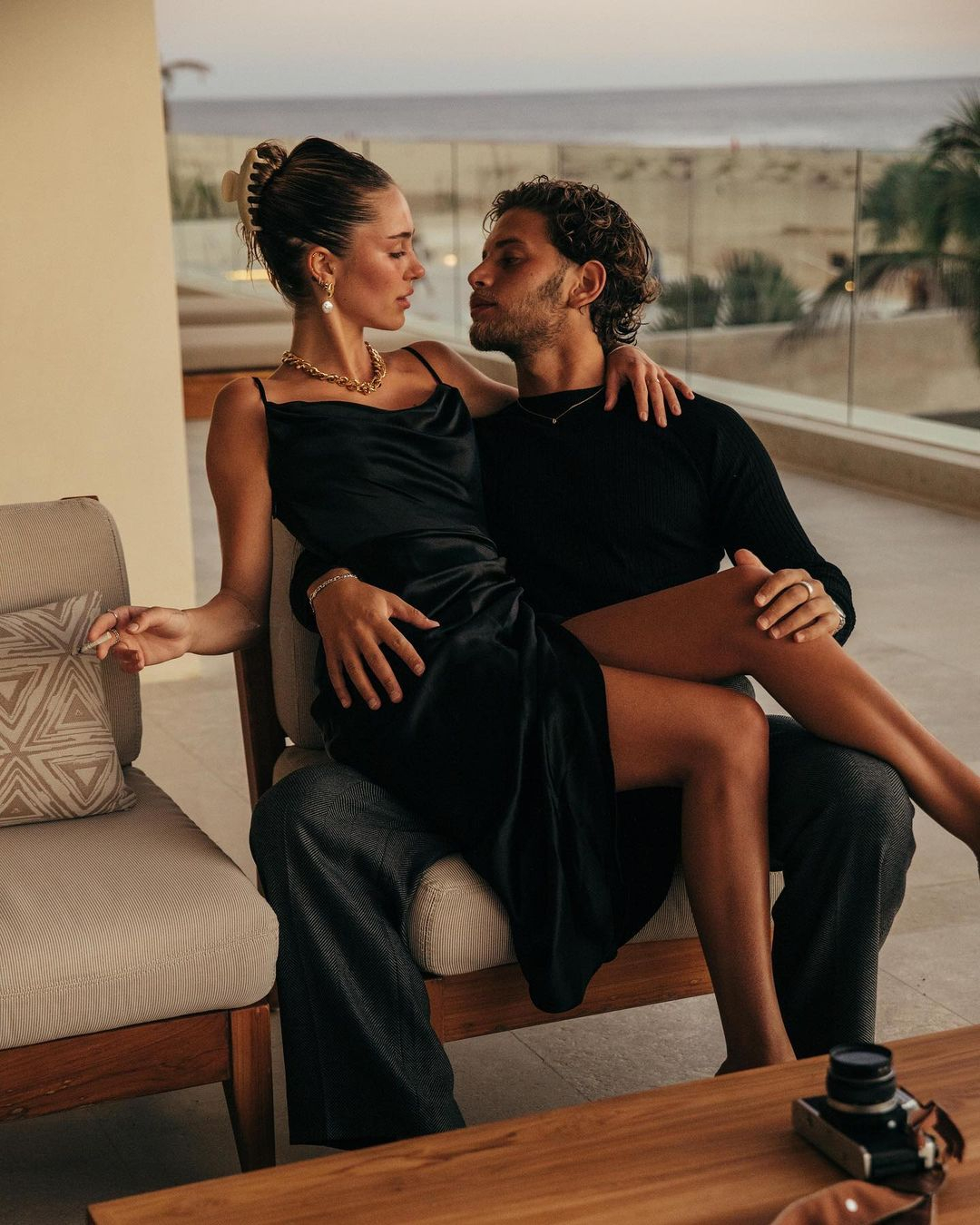 US celebs in particular can’t seem to get enough of our hot singletons, with the likes of R&B bad boys Chris Brown and Post Malone linked to Kaz Crossley and Megan Barton-Hanson.

The show stepped out of the guilty pleasure shadows in 2018 when superfan Margot Robbie gushed about the ‘hot’ contestants’ ‘gorgeous bodies’.

Last year the Oscar-nominated actress seemed more excited to get selfies with cast members Lucie Donlan and Jordan Hames at her Birds of Prey premiere than by the film itself.

And with endorsements from the likes of Adele, Chrissy Teigen and Stormzy, it’s little surprise that islanders are attracting the attention of single A-listers. 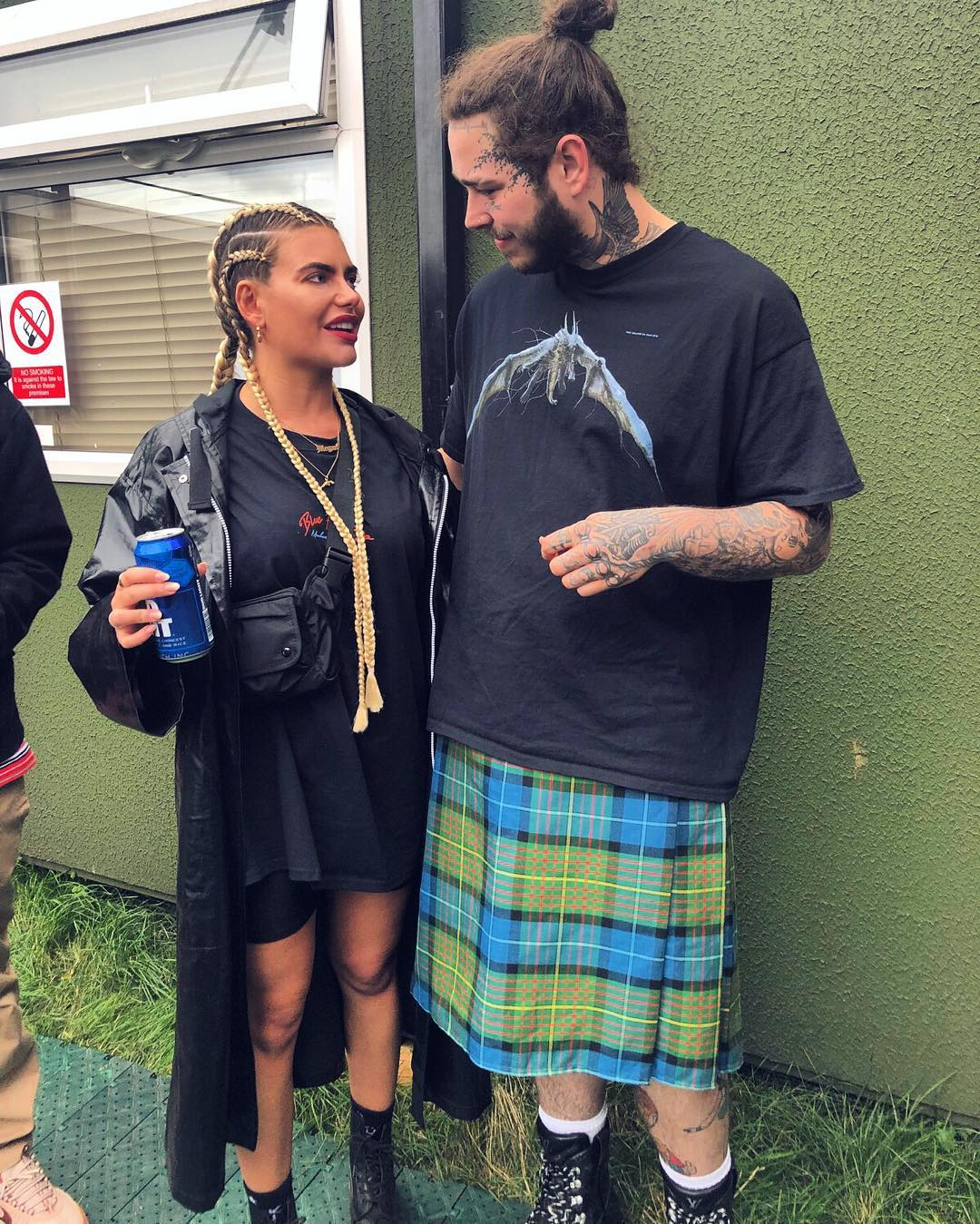 At the weekend rumours swirled that heavily-tattooed chart-topper Post was enjoying an illegal party at Megan’s Essex home.

A source claimed the singer’s flash chauffeur-driven car was parked outside, but when police were called to the address they were told by Megan that the gathering was actually a work photoshoot.

A number of people were soon pictured leaving the house and Post wasn’t among them.

The pair first met nearly three years ago backstage at Reading Festival when Megan was with then-boyfriend Wes Nelson. 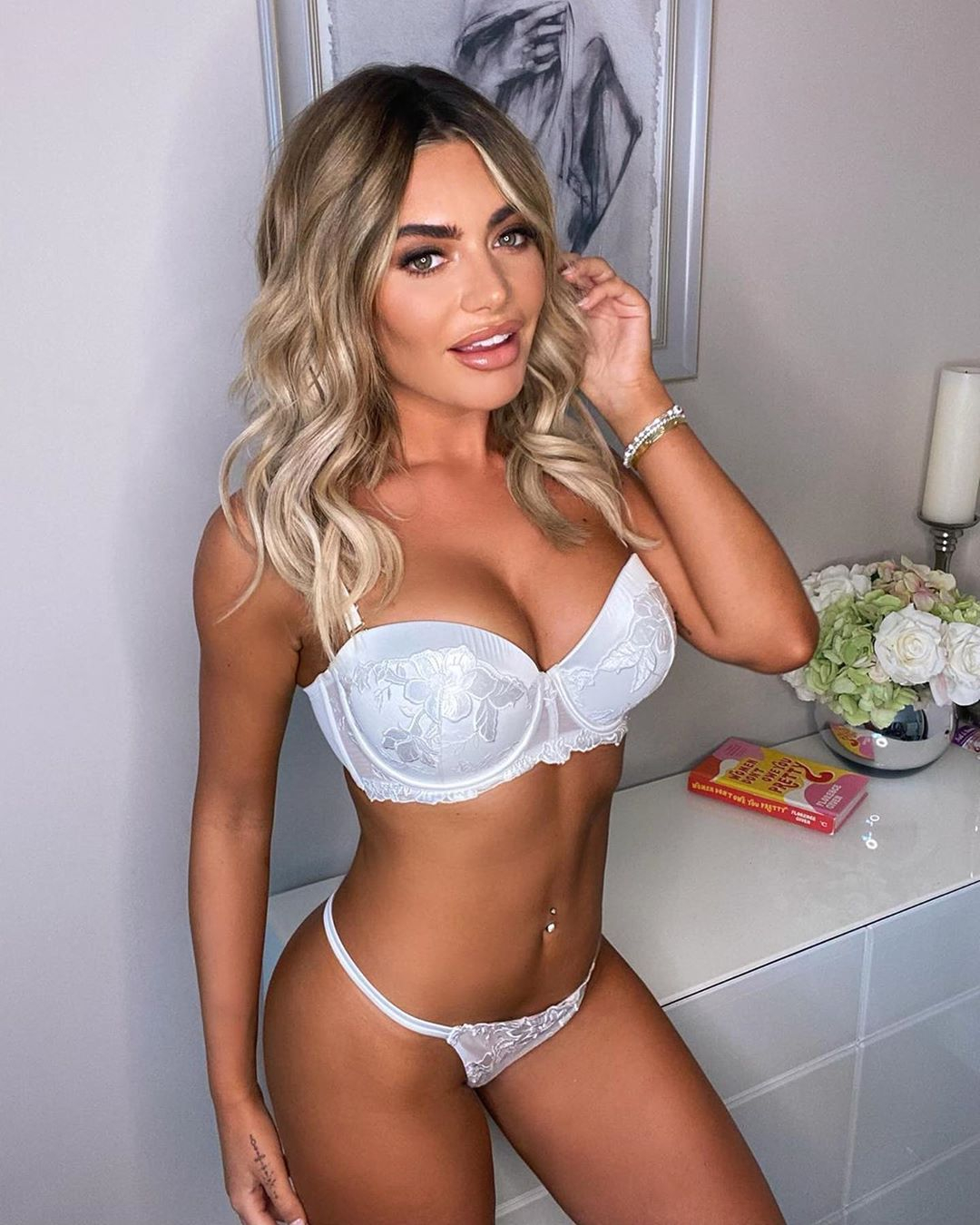 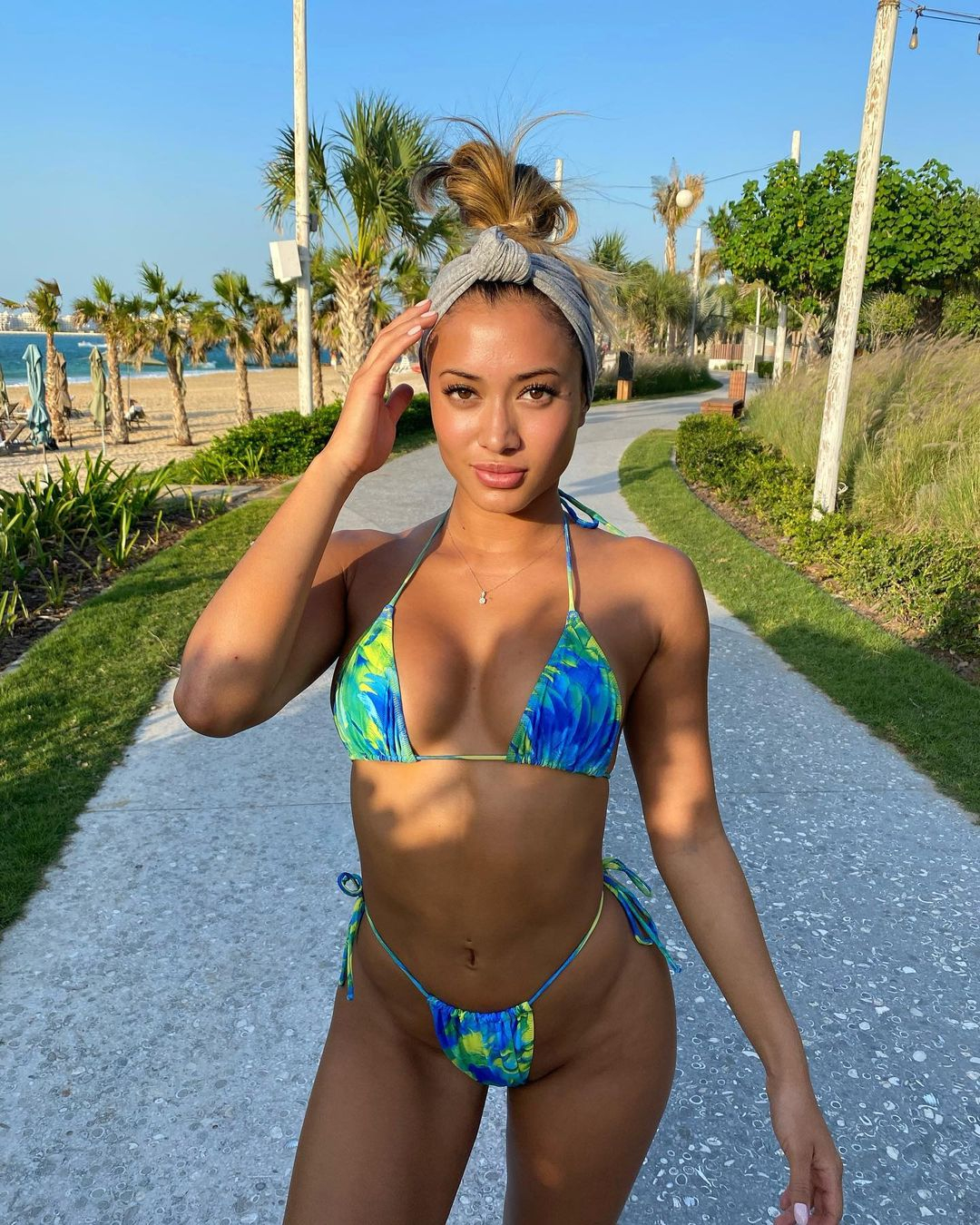 She couldn’t hide her excitement, grinning broadly as she met her ‘celeb crush’.

Last year she admitted she wished she’d been able to snog the Circles singer, calling him “stunning”.

She said: “I’ve met him and my biggest regret is that I didn’t put it on him, but I was with Wes at the time, so I was being a loyal girlfriend.

“Everybody says: ‘How do you fancy him? I bet he’s so smelly.’ He’s stunning. He’s unapologetic, doesn’t conform and wears wild outfits. Talent is really attractive to me.” 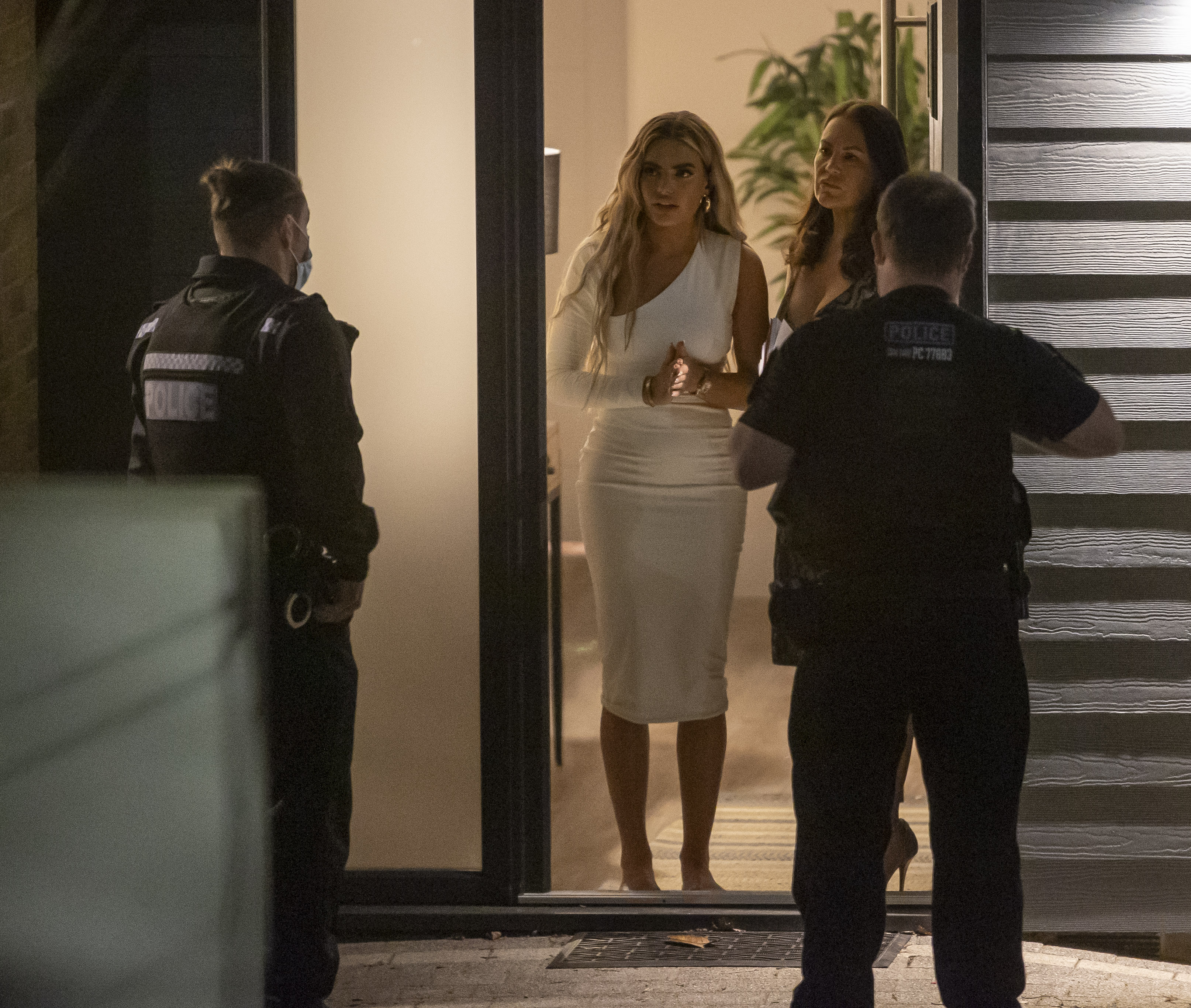 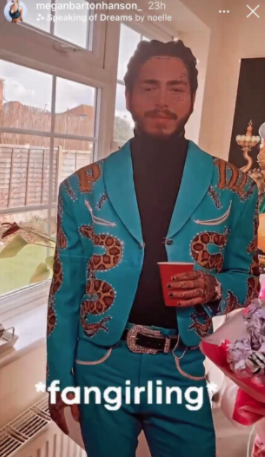 The 22-year-old, whose actress mum Lisa Rinna stars in The Real Housewives of Beverly Hills, has 1.3million followers on Instagram.

The stunner slid into Eyal’s DMs before they hit it off at Coachella in 2019, and they haven’t looked back since.

On Valentine’s Day Eyal wrote: “I’ve never stopped loving or thinking about you. You’re my person. I love you.”

Through the relationship, Eyal struck up a surprise friendship with Kardashians lothario Scott Disick, who hailed the islander a “beautiful man”. 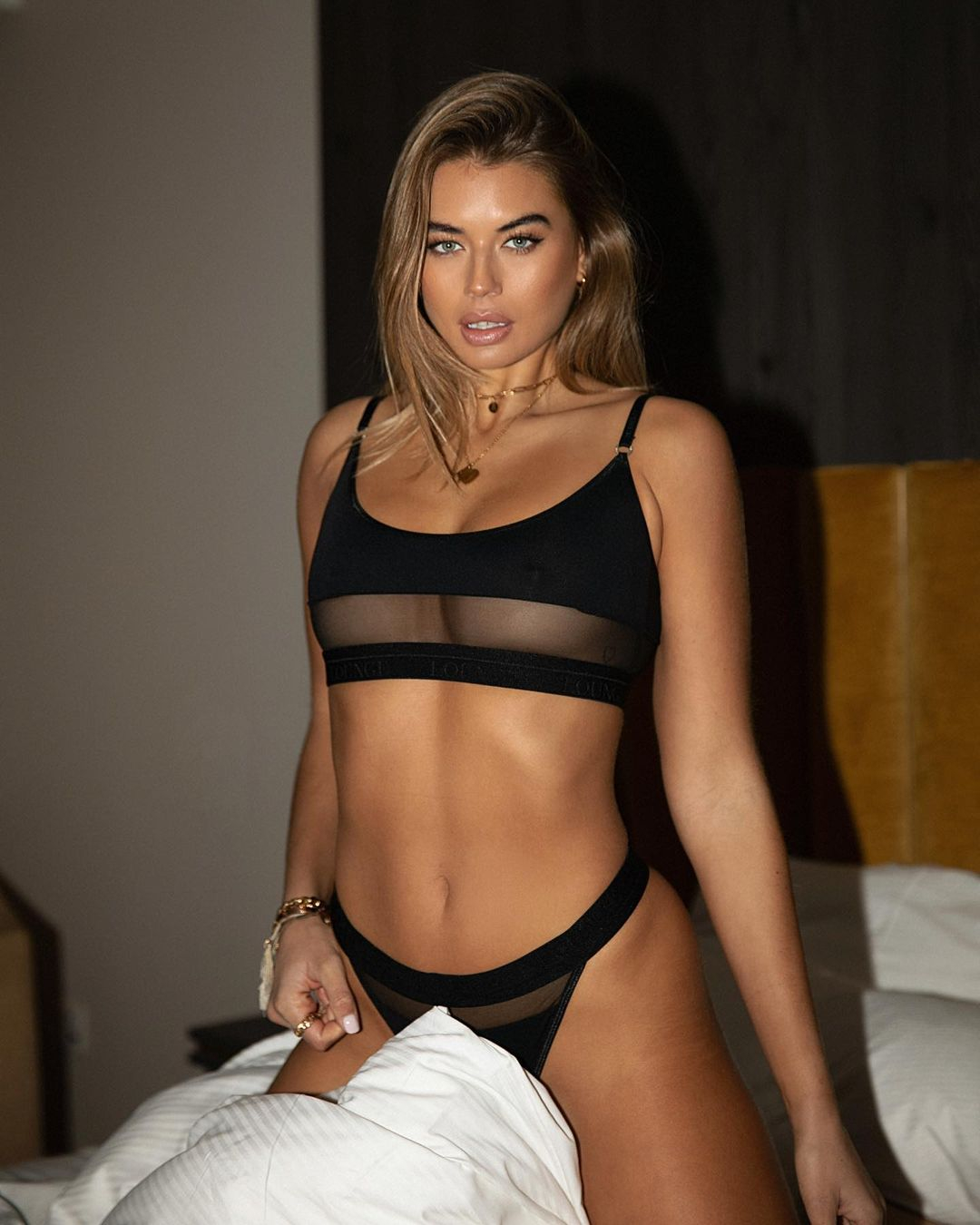 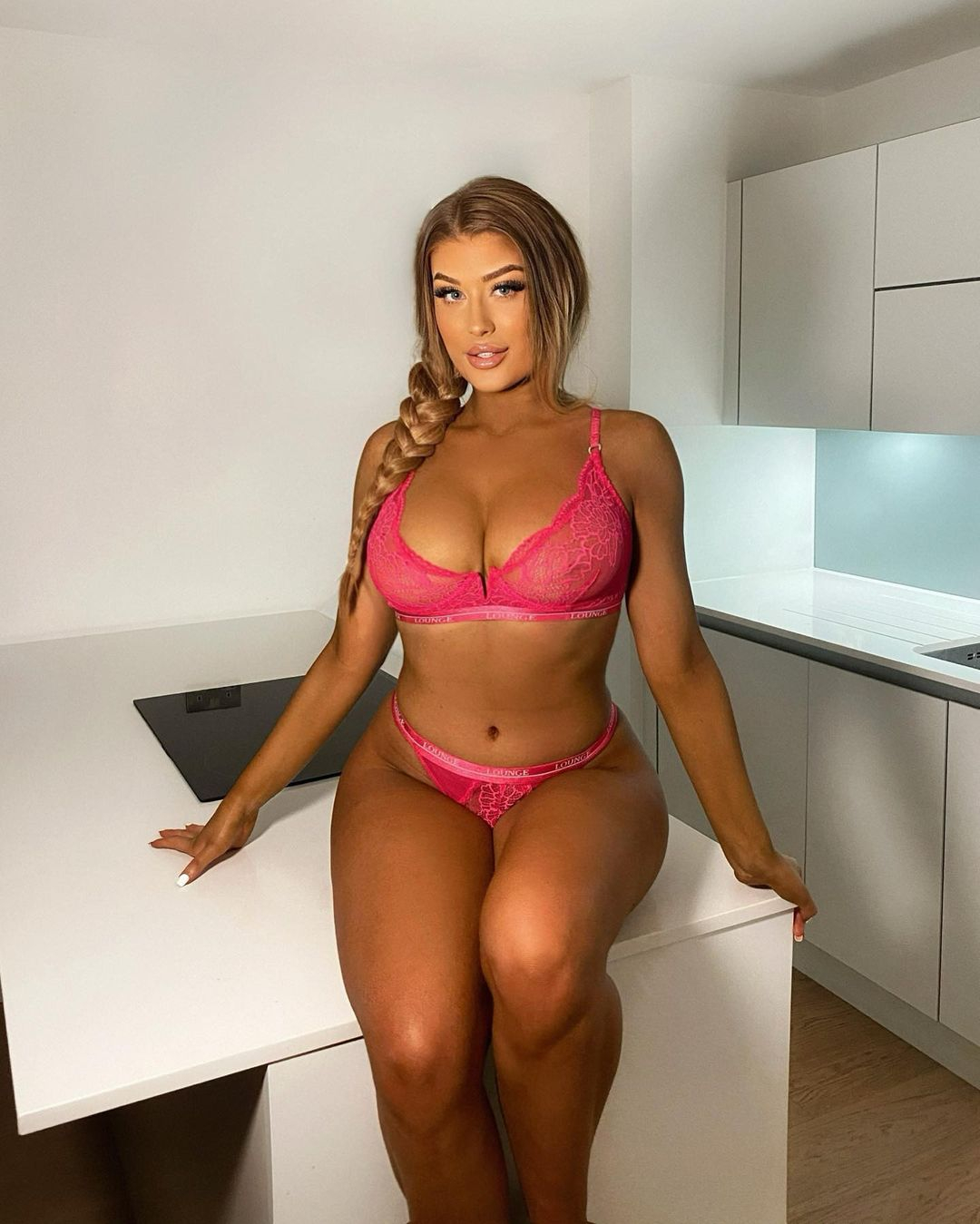 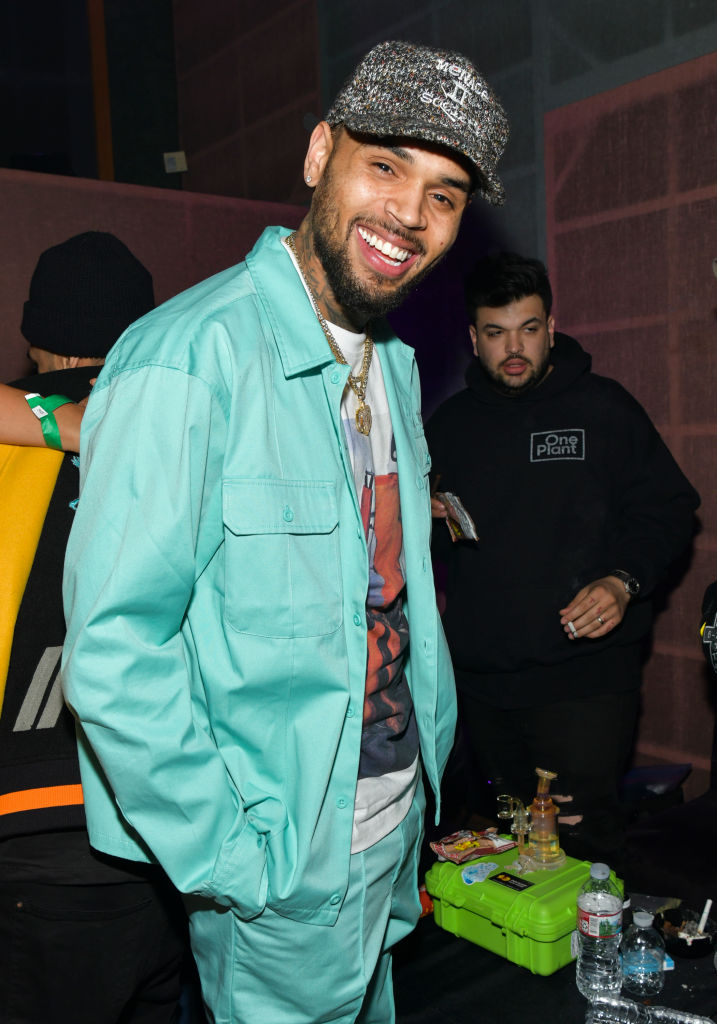 The friendship came to light when Scott bizarrely messaged Megan out of the blue to criticise her ‘disrespectful’ treatment of Eyal when they were on Love Island two years previously.

Megan told her fans the shock message had left her “speechless” as well as “concerned” for Scott.

Rihanna’s ex Chris Brown experienced less success than Delilah with his DM game when he reached out to Kaz Crossley.

She recently revealed she was left unimpressed when he casually “put the eyes on her” with a playful emoji.

The islander, who previously dated co-stars Josh Denzel and Theo Campbell, thought the controversial star’s effort was insincere and simply replied with a cool “hey” stopping things in their tracks. 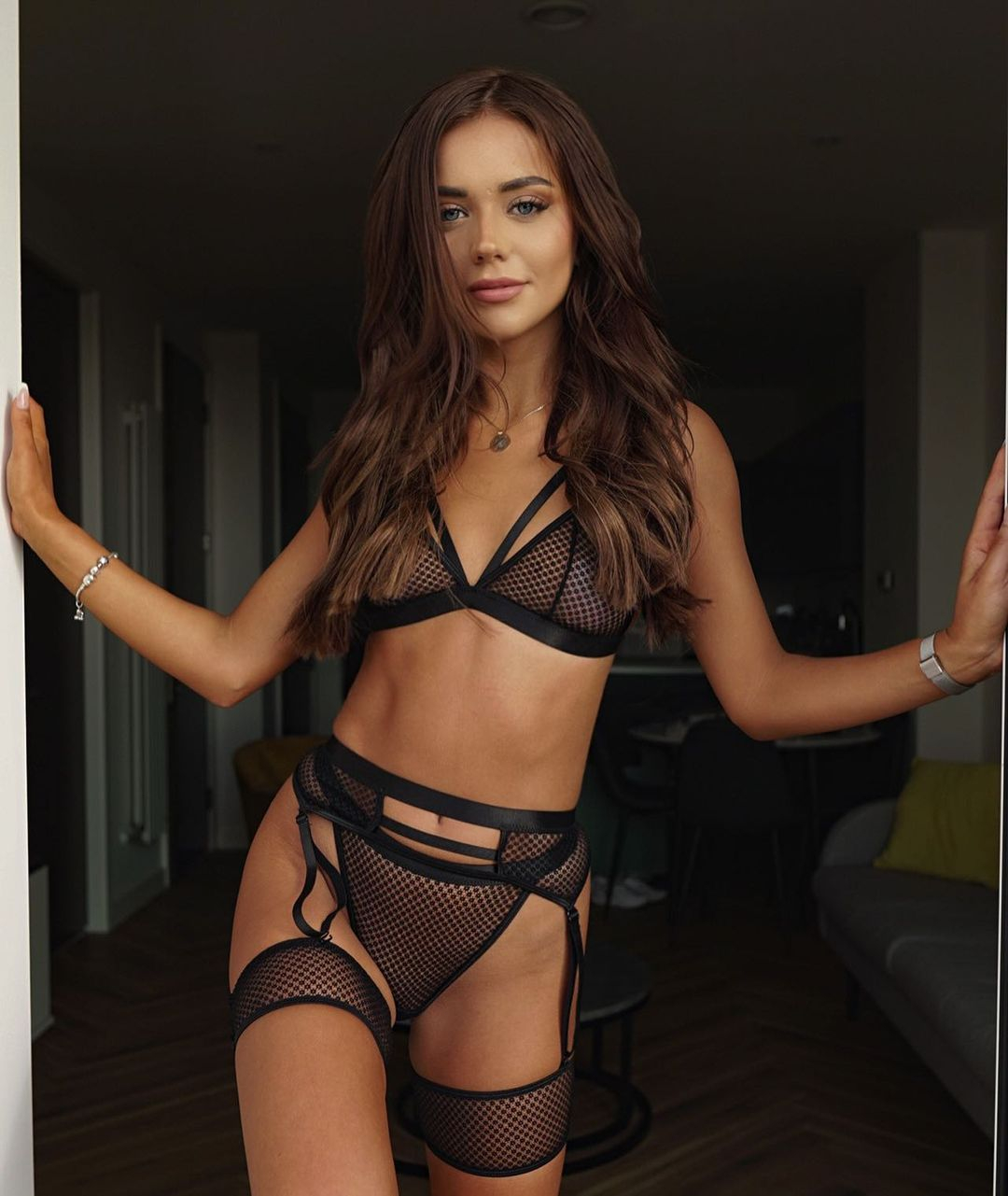 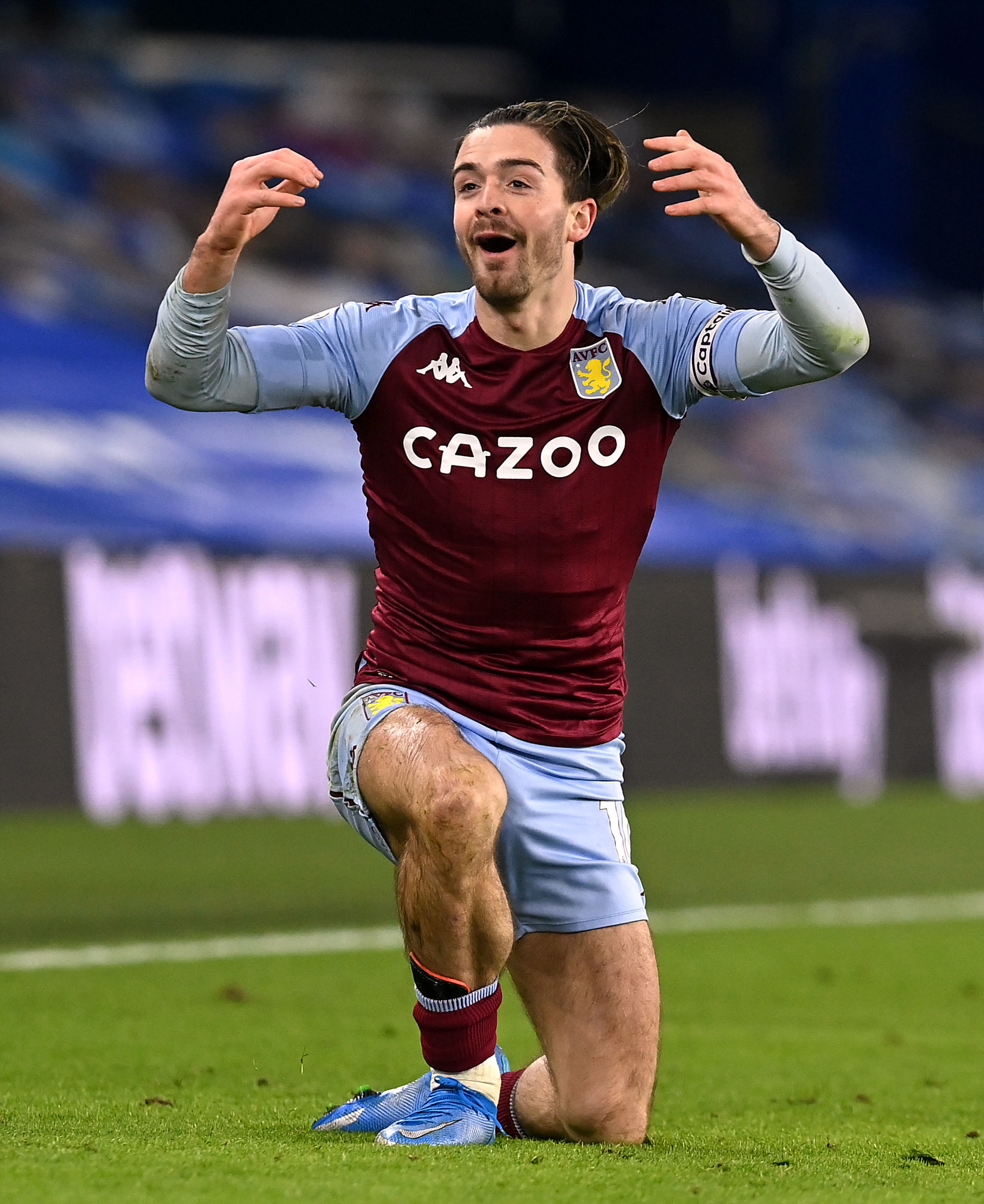 Chris isn’t the only American musician to try their luck in an islander’s DMs.

Rapper Tyga, who famously dated Kylie Jenner, had eyes for busty beauty Eve Gale after she tagged him in an event.

She revealed he quickly replied asking where she was, but his hectic schedule made it impossible for them to meet.

Last year we reported how One Direction star Niall Horan made a move on Arabella Chi after her split from Wes Nelson.

Having already shown his interest the year before, model Arabella once again turned the singer down as it was too soon to start another romance. 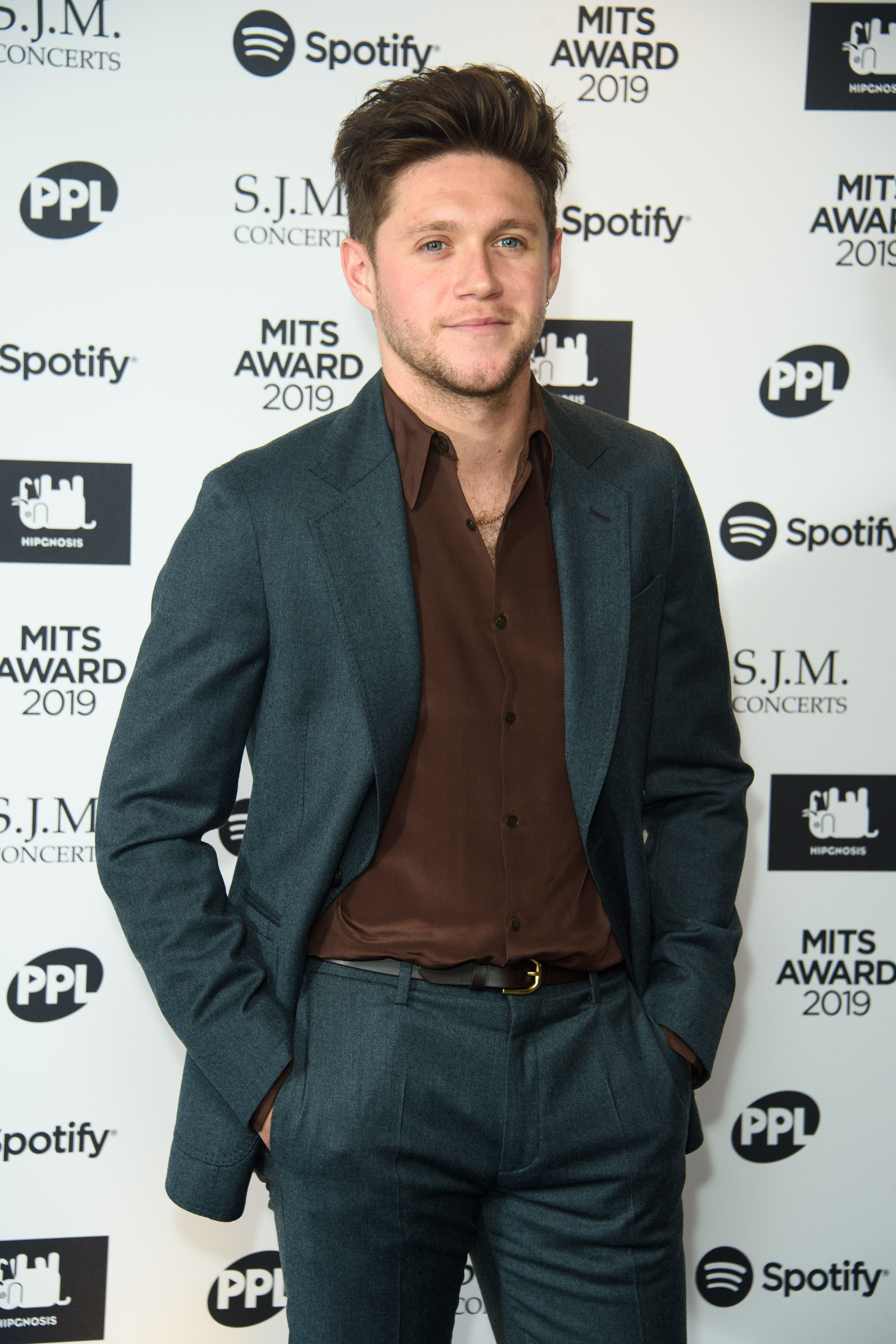 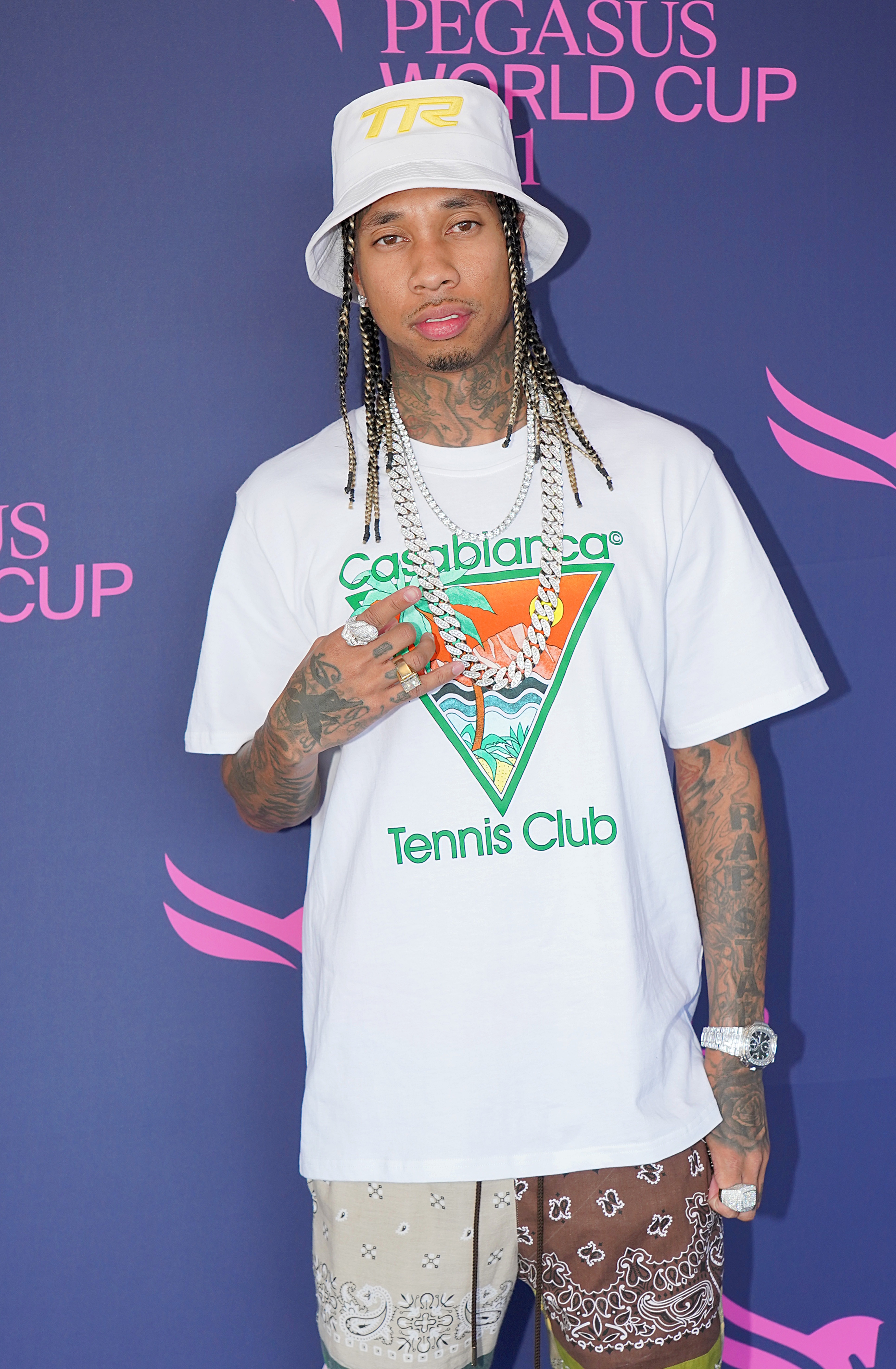 While the latest famous name to try their luck with an islander is England and Aston Villa footballer Jack Grealish.

The sportsman tried to engage Natalia Zoppa with a waving emoji message but was outed when the beauty’s boyfriend Hass Saleh shared the message on Tik Tok.

When Love Island returns in the summer, it seems the real competition will begin once its stars are out of the villa.