DOTING dad Ryan Thomas has paid tribute to his daughter Scarlett on her 13th birthday in sweet posts on Instagram.

The TV star, 37, took to his page to share snaps of the pair marking her milestone birthday, with his brothers and fiancee Lucy Mecklenburgh. 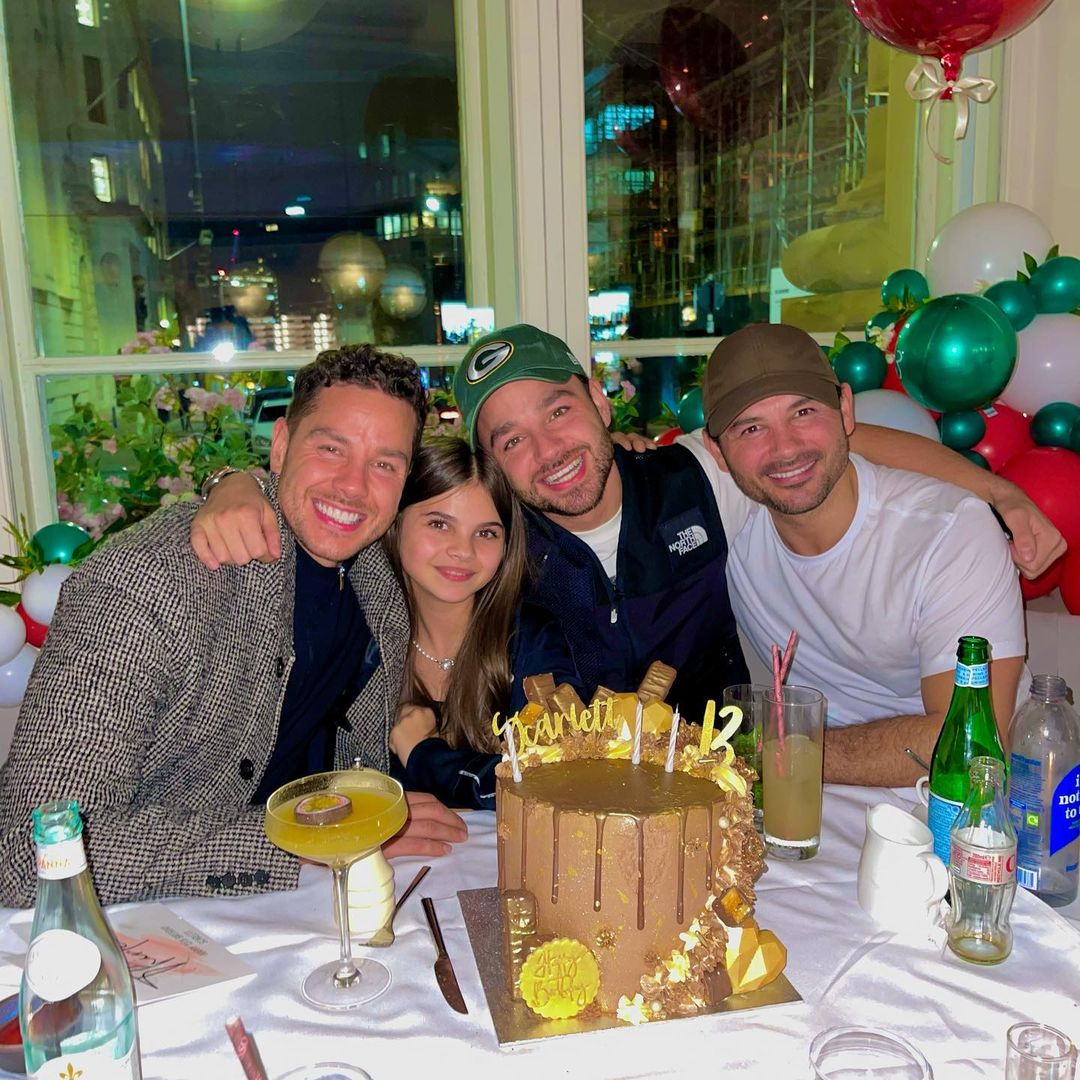 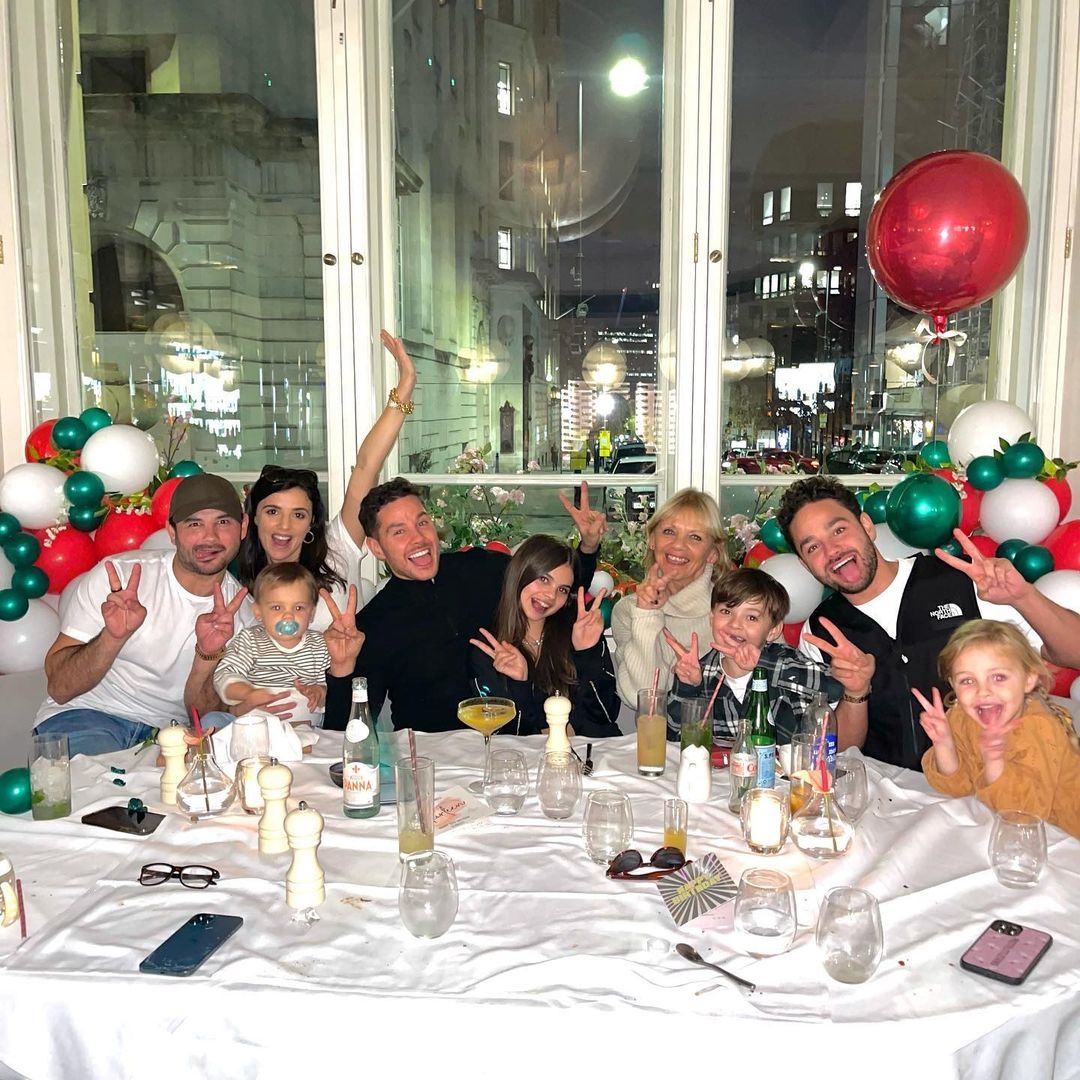 Ryan, who shares his firstborn with his ex and Coronation Street star Tina O'Brien, travelled from his home in Essex to to Manchester so they could celebrate the big day together.

The close-knit family flashed huge smiles in the photos, which included Scott and Adam, both 33, with their arms around Scarlett.

Ryan captioned his photos with a crying emoji and wrote: "Happy 13th Birthday to my baby girl 🎉 My daughters a teenager 😩❤️"

Another snap showed Scarlett hugging her baby brother Roman, and the teen sat on Lucy's lap in a third photo.

Fans loved seeing them all together as one wrote: "Wonderful photos to treasure. Especially love Roman looking at the cake thinking I’m this close and it’s all mine!!!"

Honest Ryan previously opened up about parenting Scarlett from a distance after buying a home in Essex where Lucy, 30, grew up.

The former Corrie star and fiancé Lucy live in Essex with their 18-month-old son Roman, while Scarlett is based in Manchester with her mum.

Ryan – who has a second home in Manchester – said he'd love to live in Manchester full time but Lucy needs the support of her family in Essex while Roman is young.

Speaking on his Mancs on the Mic podcast with brothers Scott and Adam, he explained: "I know I’ve got Scarlett (who) I have to keep going back and forward for… That puts a strain on our relationship because I’m not with her (Lucy) because I’ve gotta get back for Scarlett.

"There is that trying to find a mix of making both work and working out where you’re going to end.

"I think eventually I’d like to be in Manchester with both my kids, but at the moment it’s having that help at hand in London it’s just easier, but I think eventually I would love to be back where I started with all my brothers and all our kids.

Earlier this year Lucy gave fans a glimpse inside the Essex home that Ryan bought for her without her even seeing it.

The fitness enthusiast explored the new pad along with Ryan's daughter Scarlett.

And while it needs a lot of TLC, Lucy was thrilled with the project in front of them.

The spacious home has a huge basement with lots of potential, while the rooms are effectively blank canvases for their creative juices to flow.

Lucy shared some of her plans, writing: "We are planning to start by ripping out all the built in wardrobes…

"New carpets and painting, But living in it like that before we decide on any big changes like extensions, loft conversions, new kitchen, knocking through walls etc.

"I think it's helpful to live in the house to get a feel for it & then make a plan of action!

"I didn't with mine and not having a utility room is my biggest regret."

The Essex "mini mansion" boasts a marble bathroom, modern extended kitchen and a room for her designer shoe collection.