French MEP Dr Veronique Trillet-Noir hit back at Susanna Reid and Ben Shephard on Good Morning Britain as she insisted the EU was not stopping the AstraZeneca vaccine from getting to the UK. As Reid demanded to know if the EU could halt the export of the vaccine, Dr Trillet-Noir explained they were simply ensuring the EU got the vaccines AstraZeneca were contracted to provide to the continent.

“Is the EU going to block vaccines leaving EU countries, destined to the UK?” Reid asked.

Dr Trillet-Noir hit back: “It will if the doses do not reach the destination they were supposed to reach by contract.”

Dr Trillet-Noir replied: “The problem is probably what you say is written in the UK’s contracts and again, the problem is not with the UK, it is with the firm who signed and promised something. 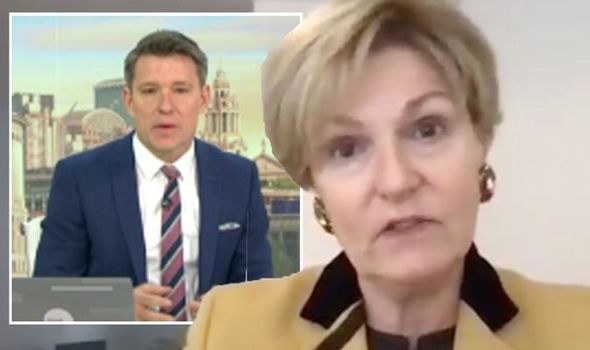 “They also promised to other and now the firm is in a position where is cannot deliver. Why not do what your Prime Minister suggested which is cooperate rather than support a firm that does not do what it was supposed to do.”

Shephard hit back: “There’s 14 million vaccines in and around the EU that aren’t being used at the moment.

“The reticence on the continent to take the AstraZeneca vaccine is huge – 55 percent of Germans say the vaccine is unsafe, 61 percent of your own country, France, say that’s it unsafe; 43 percent of Italians say it’s unsafe.

“In Spain, it’s 52 percent that think the AstraZeneca vaccine is unsafe. 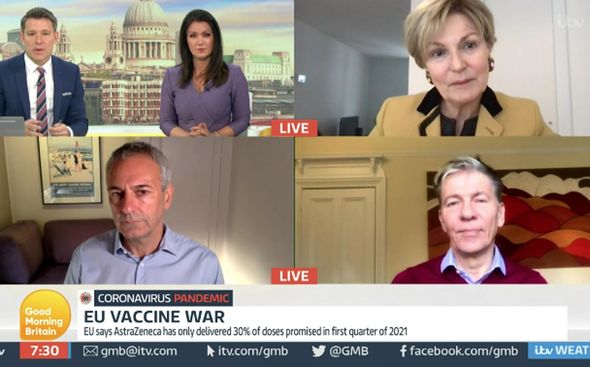 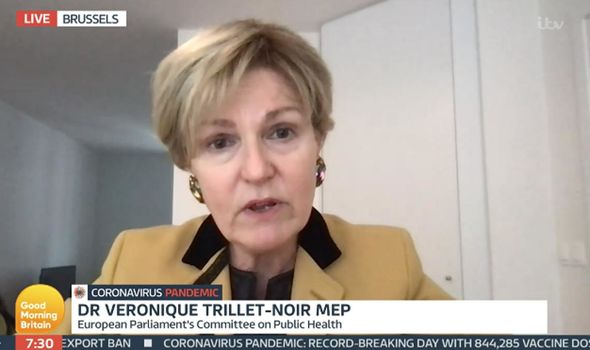 “When there’s that much reticence to take the vaccine, why are you going to stop it coming over here to the UK when we are more than happy to receive it?”

Ms Trillet-Lenoir continued: “The word unsafe is not medically relevant. We never said it was unsafe.”

Earlier in the interview, Reid listed the mistakes the EU has made when it has come to the rollout of the vaccine.

She stated: “Frankly a lot of people do think, Dr Trillet-Noir, that the EU has tripped up.

“This action frankly is political and will threaten the health of people who should be receiving vaccines.”

“Well the way the EU wanted to contract was based on rigour, on transparency and priority of the safety of its citizens,” Dr Trillet-Noir snapped back.

Many of those tuning into Good Morning Britain were quick to share their thoughts on the interview.

One posted on Twitter: “So it’s ok for the EU to get what they have ordered but not the UK, and this is all because the EU have messed up their vaccine roll out.

“Can you imagine if this was being done the other way around the EU wouldn’t stand for it let’s hope the UK government don’t.”

Another shared: “People are forgetting – the EU does not export vaccines – private businesses do. If I was a private business thinking of where my future manufacturing capacity would go – it wouldn’t be in a protectionist trade bloc. The EU will come to regret this painful episode.”

A third added: “The EU is asking AstraZeneca to follow its commitments after only last week stopping its use all around the EU In different countries even though it was safe to use?”