Good Morning Britain returned to ITV this morning with the first instalment of the week and towards the end of the show, they crossed over to ITV’s Lorraine to find out what was coming up.

But during the brief exchange with the chat show host, Lorraine Kelly snubbed a former colleague.

“Lorraine Kelly is here,” Piers Morgan began and Susanna Reid interrupted and asked: “Do you remember Esther McVey from the GMTV days?”

The camera then changed to a split screen of the guest and Lorraine and she bluntly replied: “Yes.”

She then awkwardly laughed and continued by changing the subject and said: “Yes I do. Ok, coming up after half past…”

After Lorraine had introduced the guests on her show, the camera returned to Piers in the GMB studio and he probed: “So you got on with Esther then Lorraine?”

Picking up on the tension, Piers said: “Ooh if looks could kill!”

Those watching the snub took to Twitter to comment and one said: “How rude was @lorraine to Esther McVey this morning on @GMB? Not all sweetness and light after all.”

“Lorraine casting a dark shadow over Esther McVey,” another wrote. 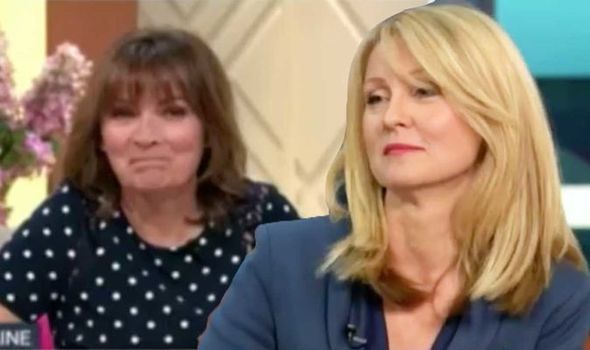 Whilst a third joked: “Footage of Lorraine Kelly The Actress briefly resting to answer whether she liked Esther McVey during their GMTV years. ‘I don’t remember love. I don’t remember at all.’”

Someone else suggested: “When Lorraine Kelly said she doesn’t remember whether she got on well with Esther McVey; is she trying to sugar coat a serious falling out between the two of them???”

“So Lorraine Kelly doesn’t like Esther McVey. Join the queue, it’s a very long one!” another viewer remarked.

It comes after the pair both used to work on the same television show back in the nineties.

Meanwhile, Carol Vorderman had to apologise to some guests after a personal admission last month. 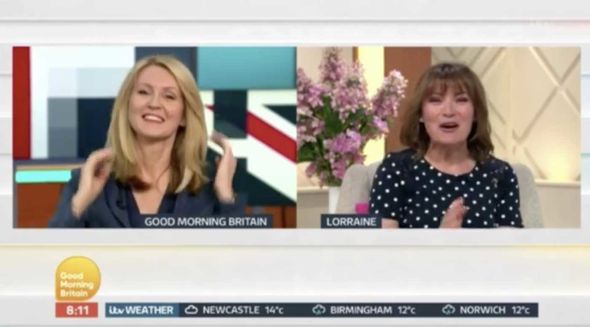 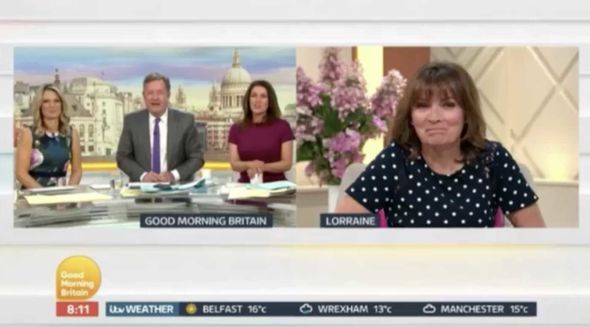 With Lorraine taking a break from hosting duties for half term, the former Countdown presenter stepped in.

Viewers tuned in to see her joined by two former Love Island stars and it was during their conversation when Carol revealed she had never watched the show.

The reality dating show which is now in it’s fifth series, has seen Jess Shears and Dom Lever, stars of the 2017 series getting married and now expecting a baby together.

Discussing their time on the show, Carol found it difficult to get her head around the intimacy which is played out on television screens.

Lorraine airs weekday mornings at 8:30am on ITV.