JACQUELINE Jossa has hit back at fans who think she's pregnant by saying she's just "chubby".

The mum-of-two took to Instagram last night to ask her 3m followers what exciting news they think she'll be revealing later today. 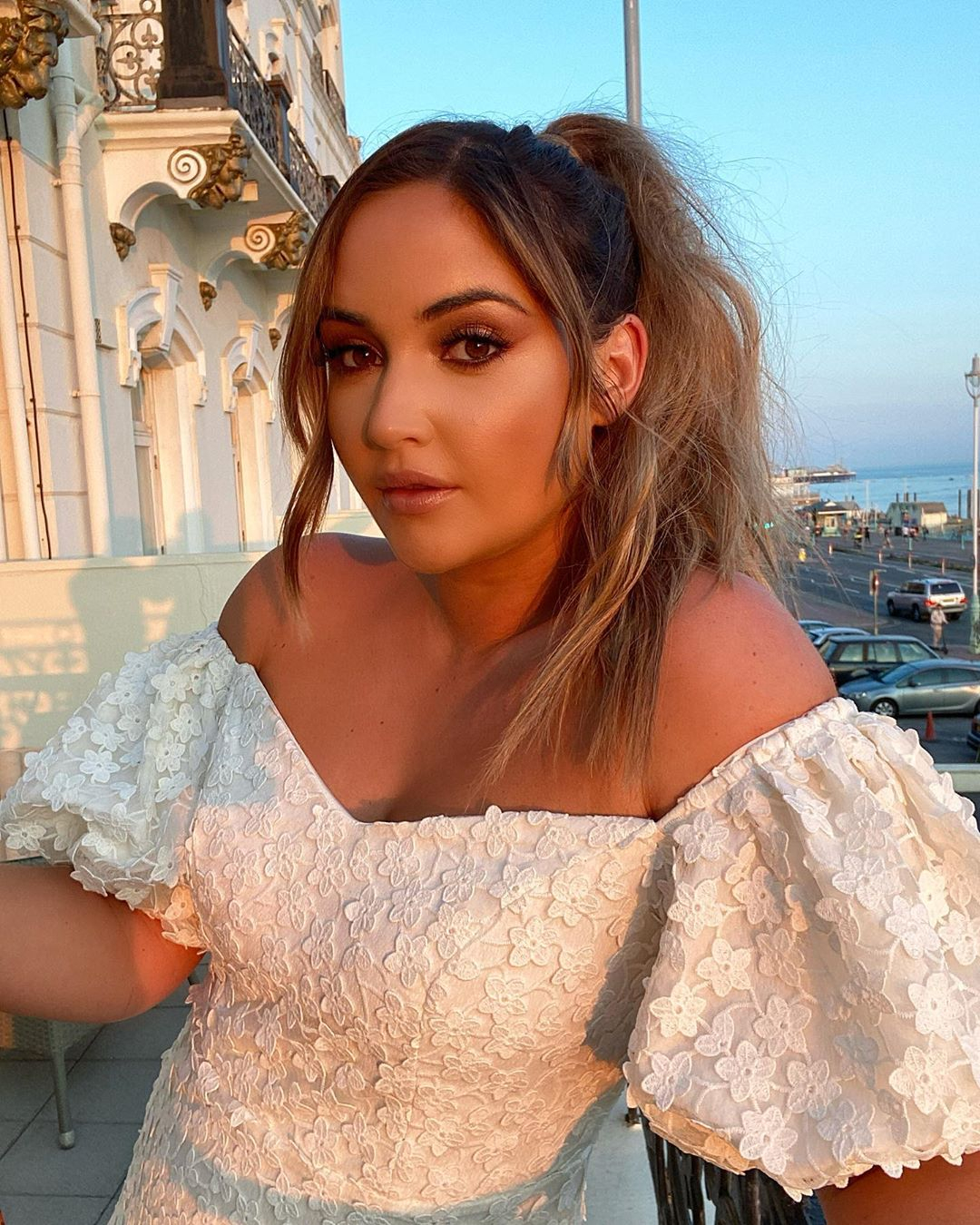 Jacqueline, 28, shared the range of guesses on her Instagram Story, which include her bringing out her own skin care range, creating an OnlyFans account and even returning to EastEnders as Lauren Branning.

But many believe that she'll be giving her two daughters Ella, five, and Mia, two – who she shares with husband Dan Osborne, 29 -another brother or sister to play with.

One fan guessed: "You're pregnant" 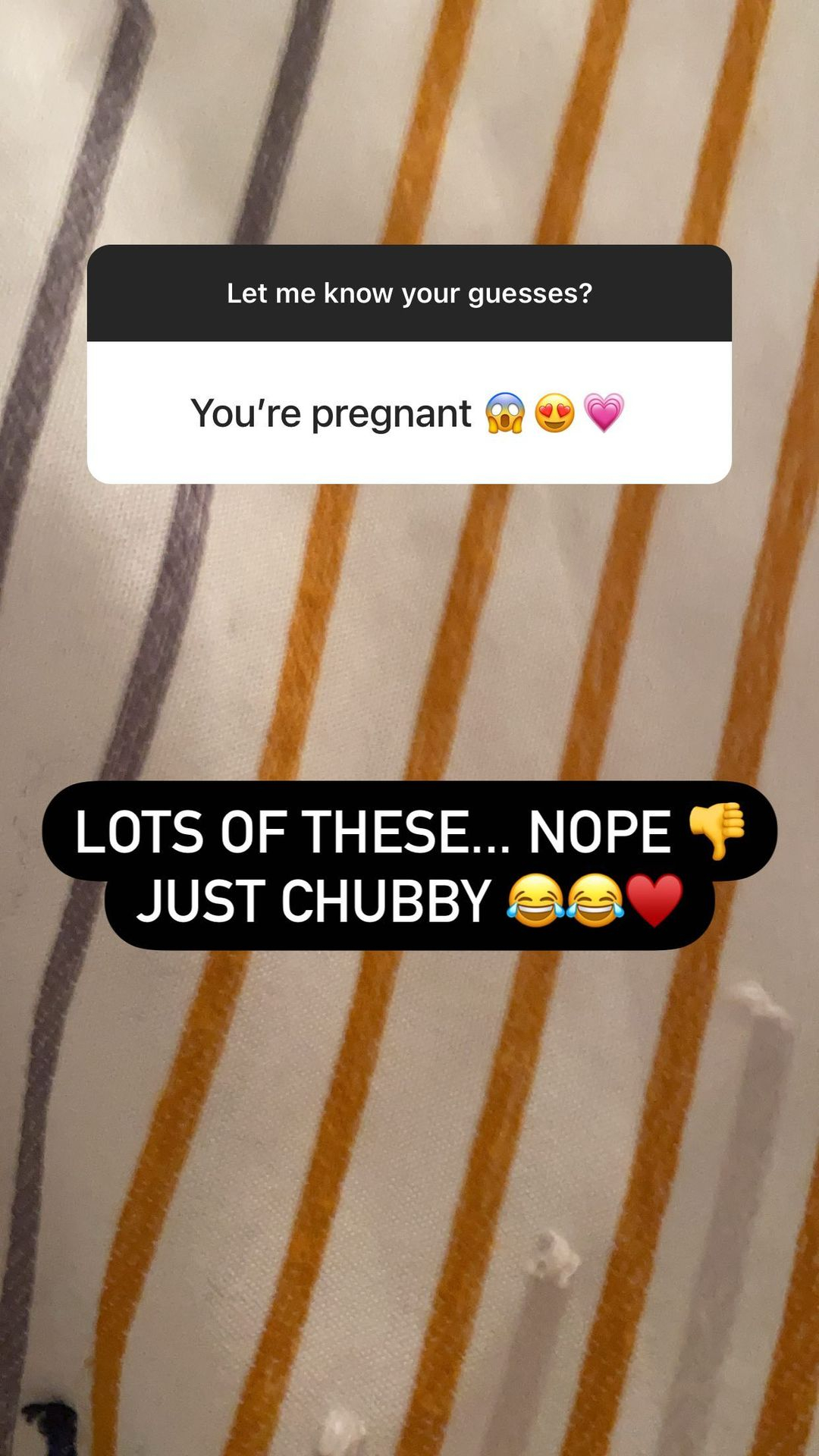 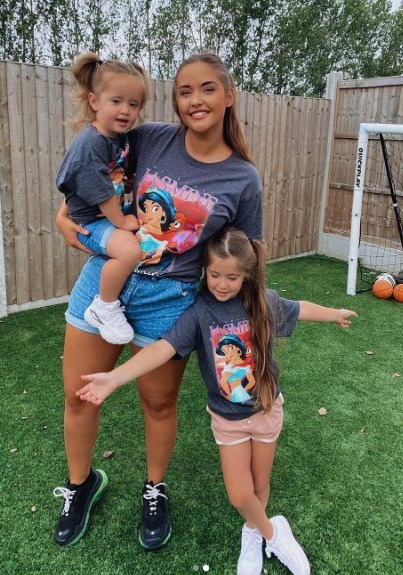 Although back in September the former soap star admitted that she's thinking about having a third baby with Dan "one day".

During another Q&A with fans on Instagram Jacqueline was quizzed about whether she's planning to get pregnant any time soon.

The ex-EastEnders star insisted there are no current plants, but refused to rule out growing their family in future.

Jacqueline said: "I don't know, not right now, but maybe one day." 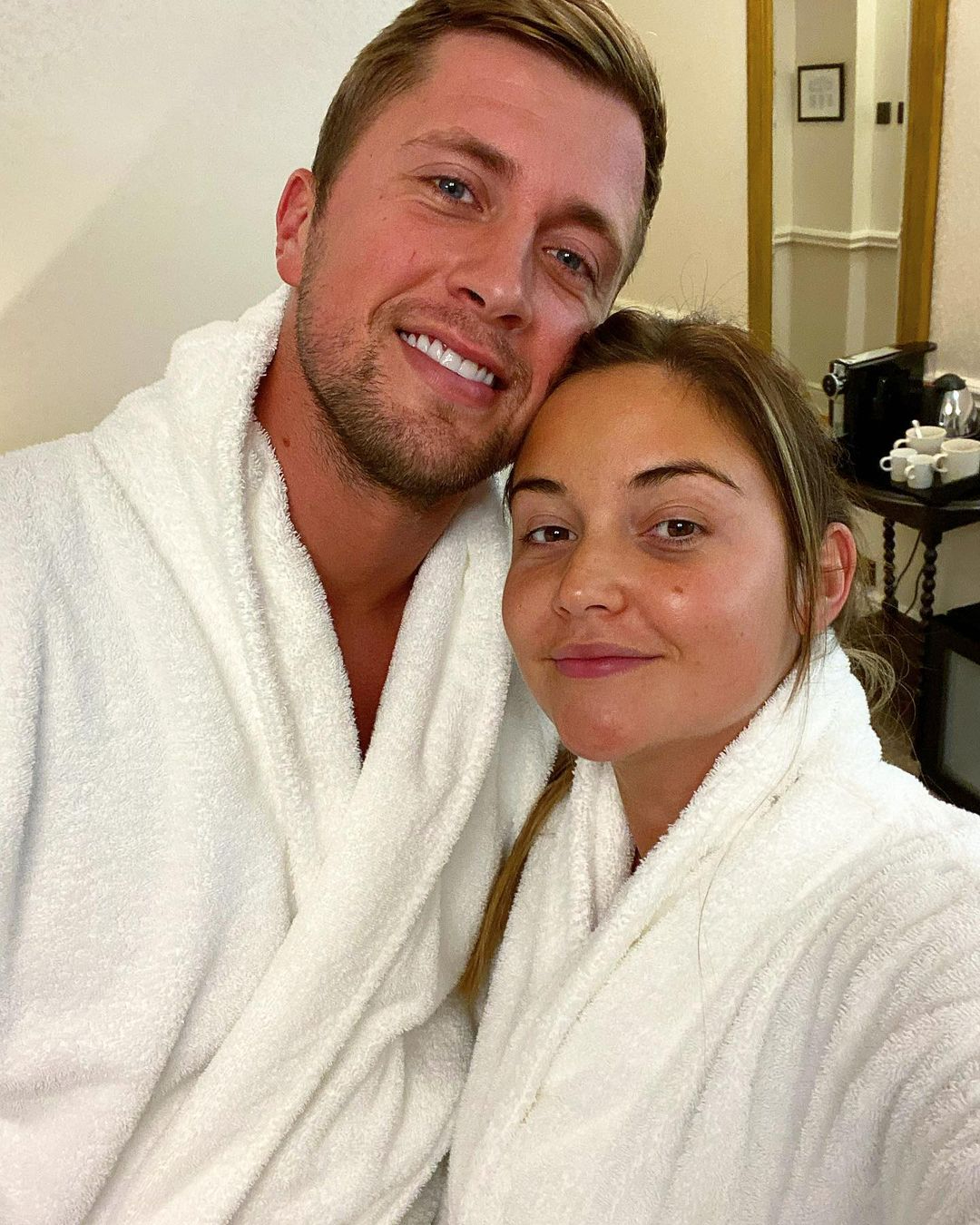 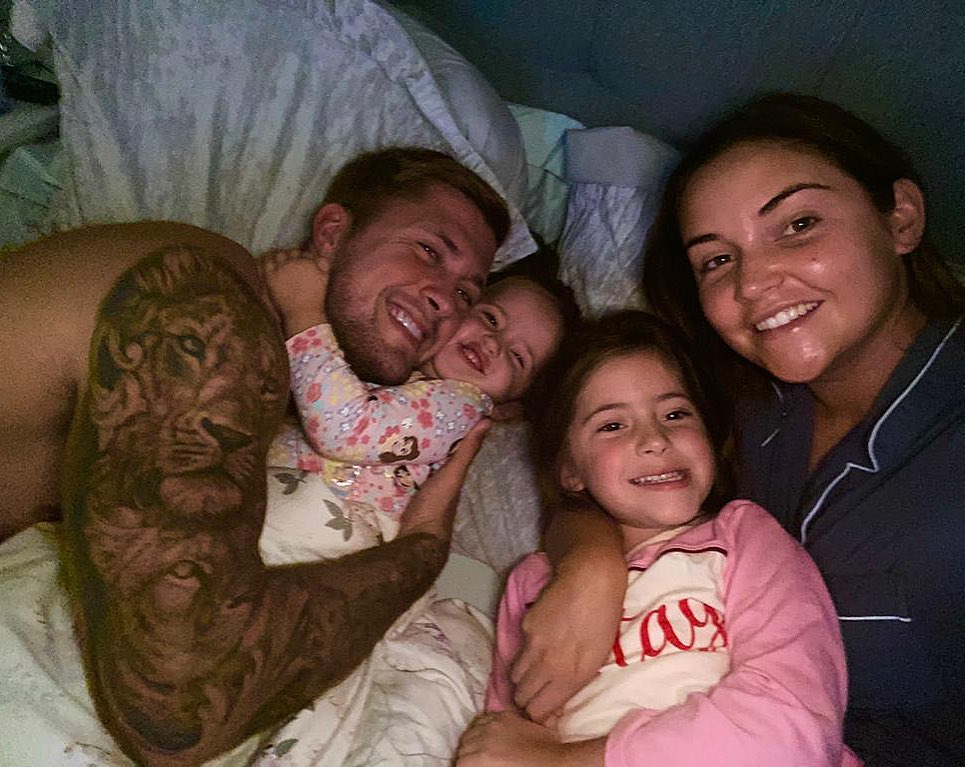 This isn't the first time that the I'm A Celebrity winner has had to deny rumours that she's pregnant.

Earlier this year fans were quick to comment on the fact that she was wearing a morning sickness band to work and after being bombarded with messages, she decided to clear things up.

She explained to fans that she was wearing one because she had been feeling really car sick and even thought that she may be suffering with vertigo.

Jac and Dan tied the knot in 2017 after four years of dating. 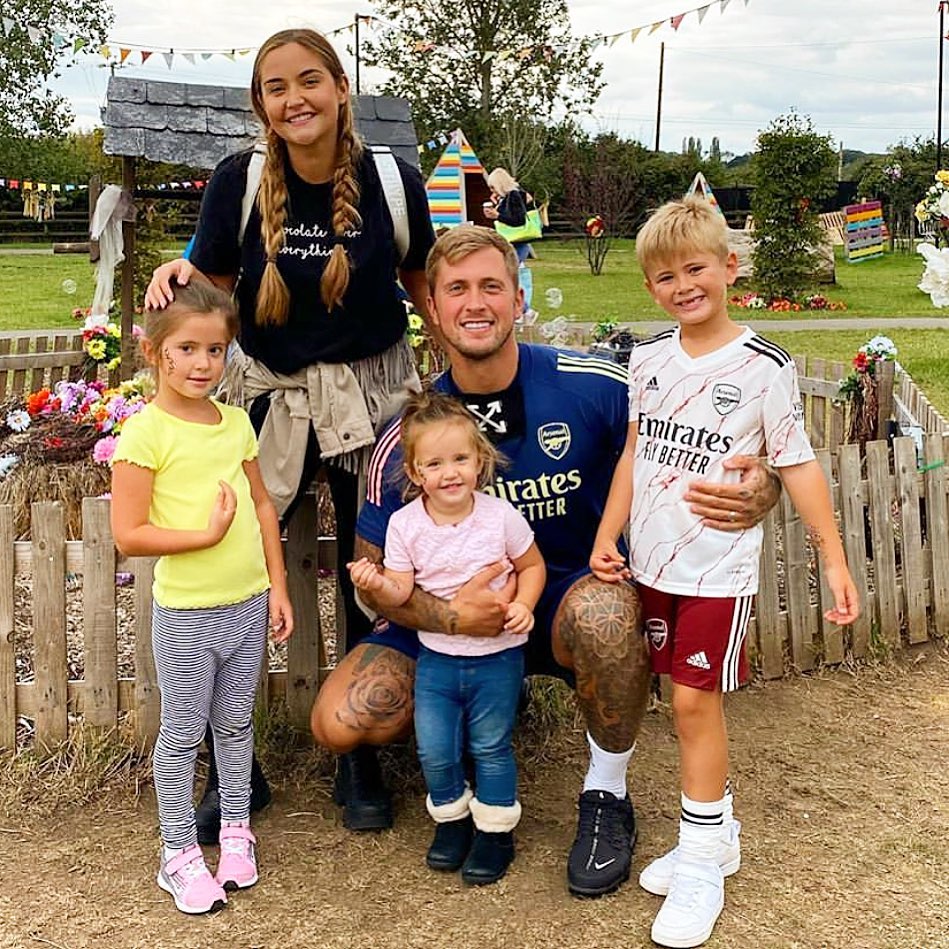 They welcomed their first child Ella into the world in February 2015 and their second daughter Mia three years later.

Dan, who is already dad to six-year-old Teddy from a previous relationship, has also hinted at baby number three.

During an exclusive chat with The Sun Online, he told us: "I think it’s lovely to have a big family. Jac wants one. But having four kids – do I have to buy a limo?

“We’re not getting to trying yet. When you have done it three times, part of me is like, just let them three grow up. 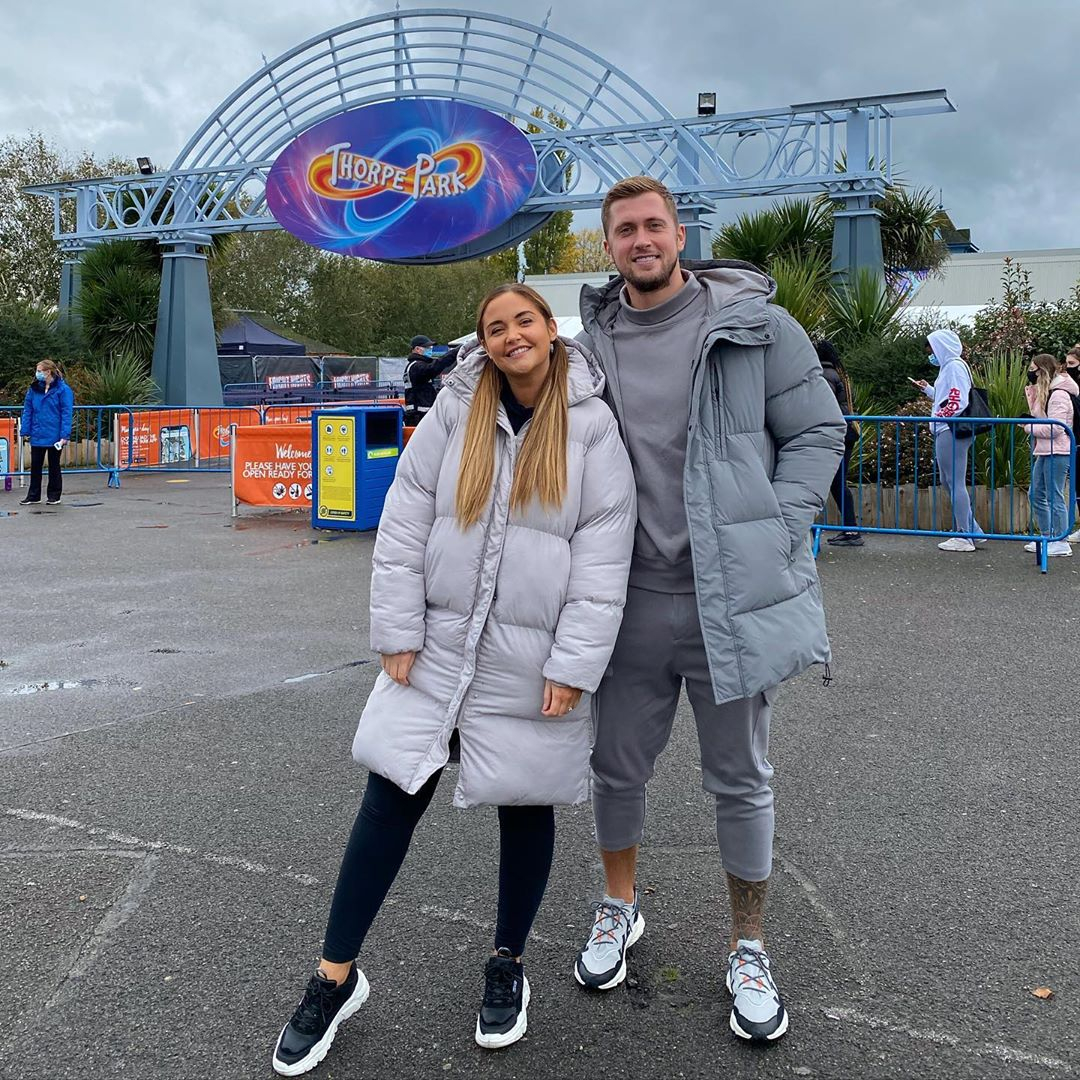 “But then, there is another part of me that when I look at the pictures – like little Mia – you think that when they are that age, they’re just cute.

“We would like one, I guess. Jac looks amazing pregnant and it would be nice adding to the family.”

Jacqueline's exciting news which is to be revealed later today comes just days after she begged fans for advice on how to help her daughter, who is suffering from "severe eczema".

Over the weekend Dan also joked that his wife looks just like Rio from Netflix’s Good Girls as a man on her 28th birthday card.